A Fight, Followed By a Party! 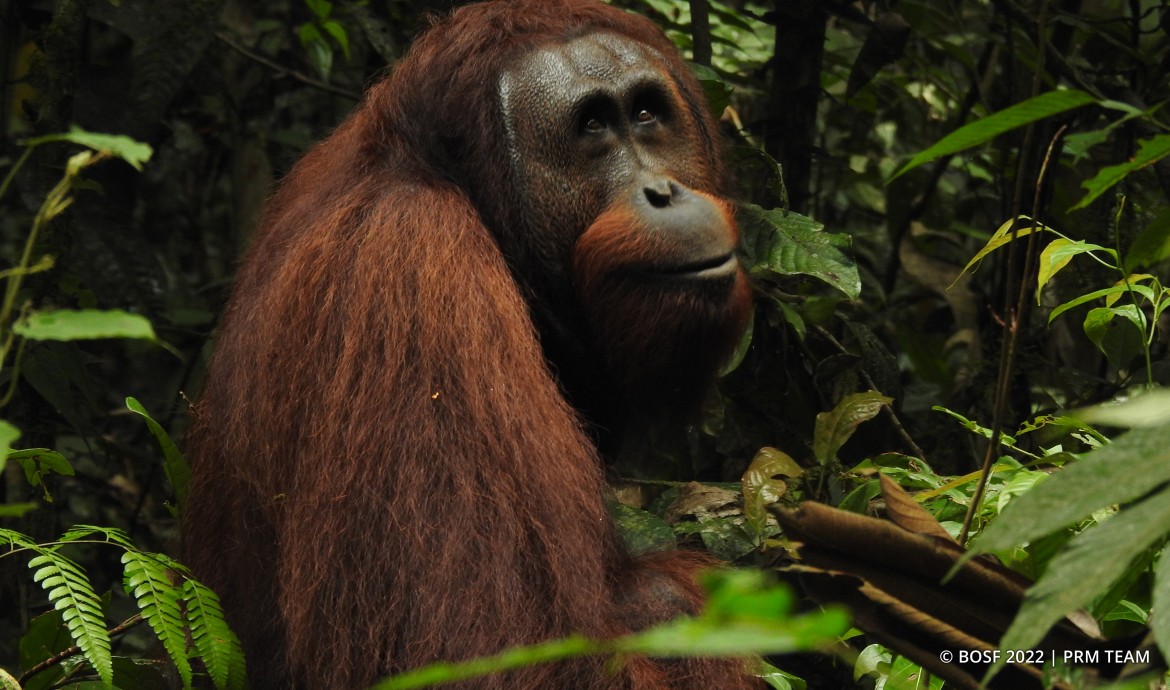 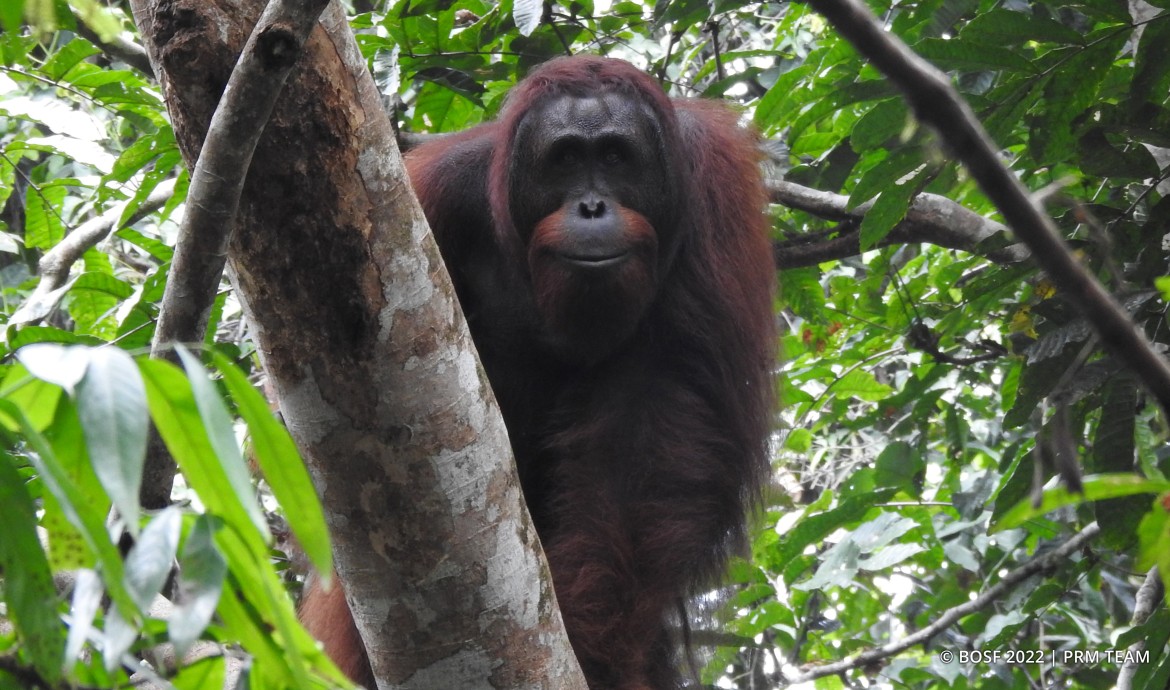 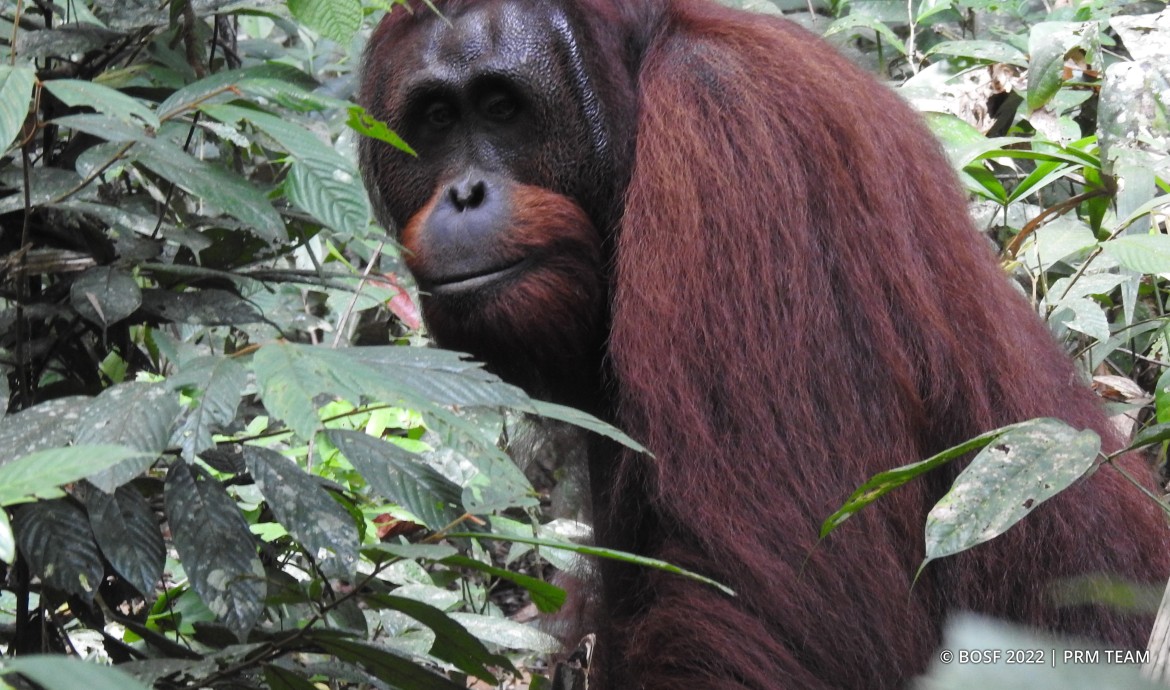 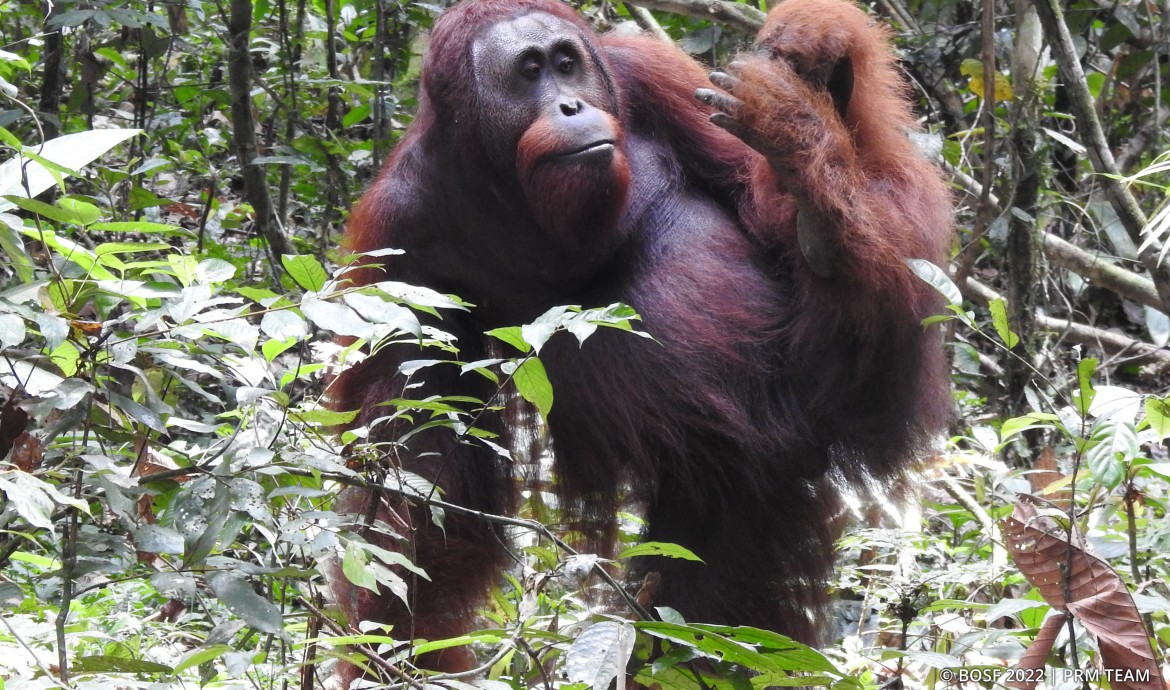 The BOS Foundation Post-Release Monitoring (PRM) team in the Bukit Baka Bukit Raya National Park (TNBBBR) in Central Kalimantan, was happy to spot several orangutans together in a ‘party’ during observations in April of last year.

Our PRM team members didn't immediately see the small group of orangutans, as they had just made a long journey from the camp and they were first checking for signs of orangutans, such as used nests and food scraps.

When the team arrived at Karangan Sepan on the riverbank the first orangutan they spotted was male Tristan, an individual who was released three years prior. Tristan did not pay the team much attention as he was busy fighting with another male orangutan who the team did not recognize. After a short-lived tussle, the unknown orangutan got away from Tristan and fled. It is little wonder he split the scene; Tristan has become larger, more dominant, and had begun to grow cheek-pads.

The team followed Tristan and watched on as he joined an orangutan party with female orangutans, Bruni, Mini, and Ewa. Bruni had been released five years prior, while Mini and Ewa were released six years ago.

The PRM team’s observations determined that all four orangutans were in good physical health. Tristan was observed eating kumpang leaves and bay leaf fruit. Together, the group ate diwung piths, kayas fruits, pilang leaves, and rattan piths. After eating heartily, the four party members made their nests together, not far from one another.

What an interesting day of observations; one that began with witnessing a fight, but ended with a lovely party gathering.

Have a good rest, gang, so you can explore the forest again tomorrow!