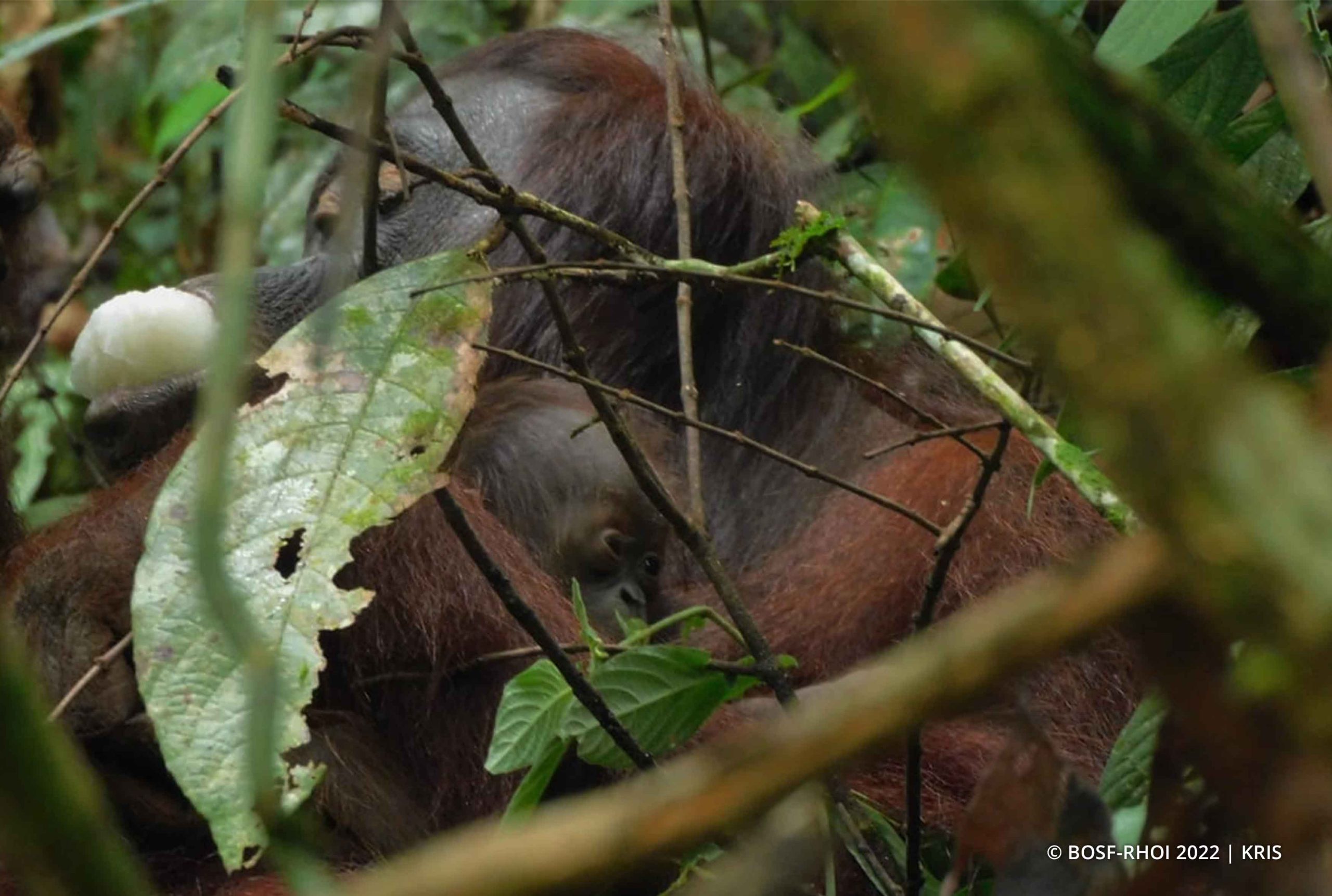 We have some great news from the Kehje Sewen Forest in East Kalimantan, regarding the birth of a new baby orangutan!

In August 2021, the BOS Foundation Post-Release Monitoring (PRM) team from Nles Mamse camp, in the Kehje Sewen Forest, East Kalimantan, monitored and observed female orangutan Bungan. The team had spotted Bungan, who was released in the forest seven years prior, spending time with Hamzah, a dominant male who was released a decade ago.

Then in May this year, Bungan was located in Pelangsiran. The team immediately suspected that she was pregnant, as she had an enlarged stomach, genitals, and nipples. Based on the last time Bungan and Hamzah were seen copulating, we calculated that she could give birth at any moment.

We did not see Bungan for four days, but then received word from a technician that Bungan had been spotted with a baby. The baby was seen in Bungan’s arms and appeared to be in a good condition. Through observations we were able to determine that she had given birth to a female, and we named the baby girl Bunga, meaning ‘flower’ in Indonesian. 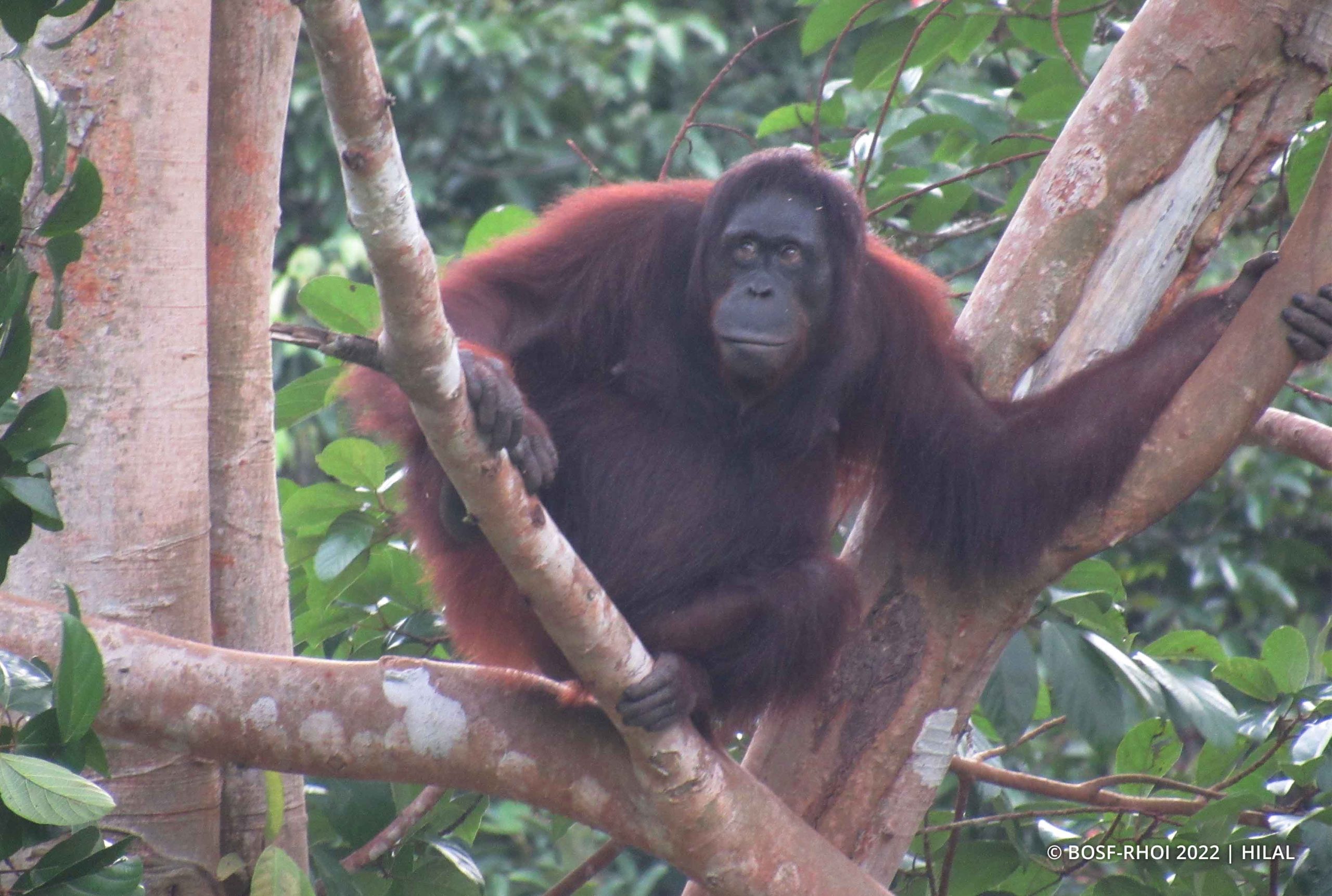 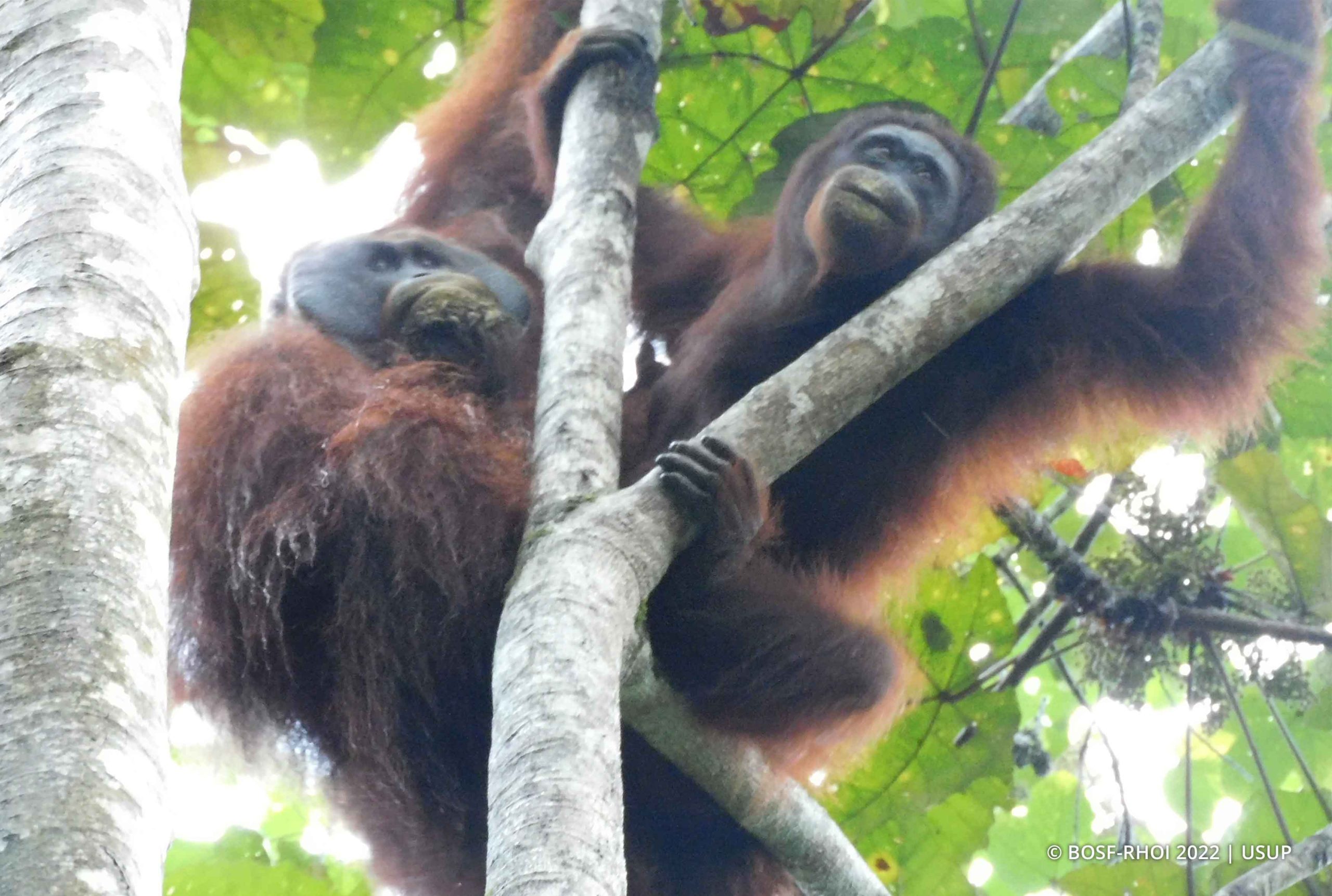 Bungan has fairly good social skills and is not aggressive toward other orangutans. She has often been spotted spending time with both male and female orangutans in the forest. Bungan looks to be happy and content with her baby and has been observed stroking and caring for Bunga with great affection.

Bungan and Bunga were examined by Vet Muhtadin, who discovered a small wound on Bunga’s middle finger. Thankfully, the injury was not too bad and Vet Muhtadin only had to spray it with medicine to prevent infection.

Bungan has been known to frequent areas around Pelangsiran where local communities live. For this reason, technician Hendra, PRM team member Ayu, and vet Muhtadin translocated Bungan and Bunga to a location to the north, via the Muara Soh route, at the end May. During the trip, Bungan remained calm and ate comfortably. The transport cage was opened by Ayu at noon, with Bungan and her baby moving away and up an incline.

Hopefully, after being translocated, Bunga will learn from mother Bungan the many skills needed to survive in the forest.

Congratulations, Bungan, on becoming a mother!