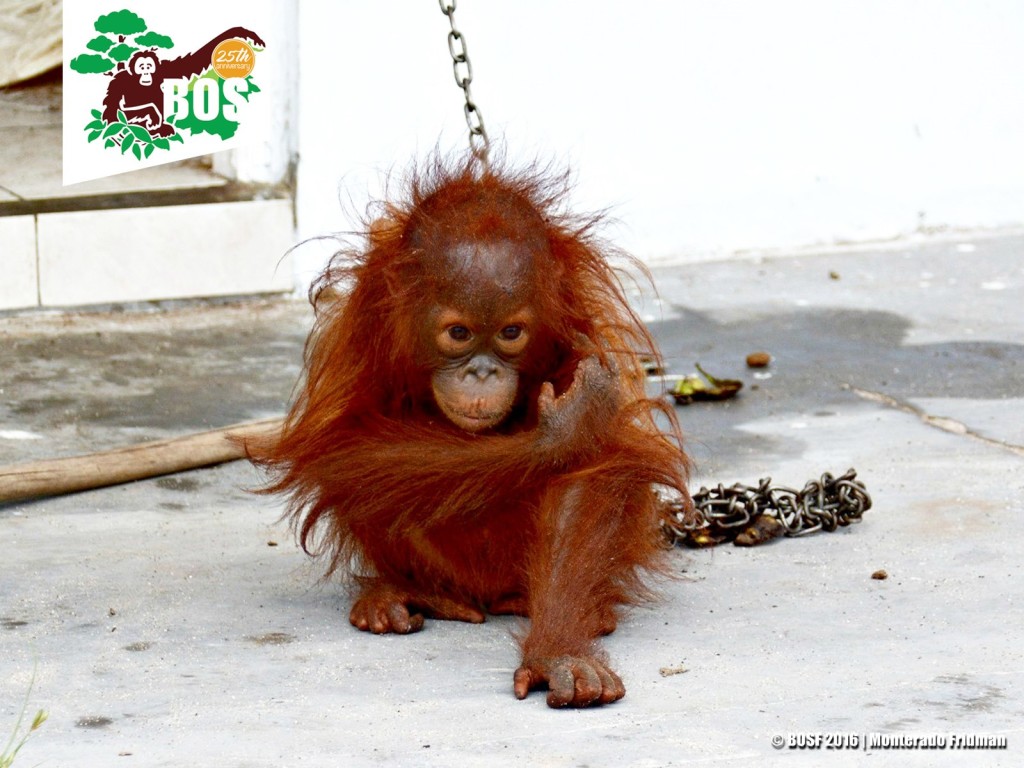 Very sadly, young orphaned orangutans keep arriving at BOS Nyaru Menteng. On February 1st, the BOS Foundation once again collaborated with the Central Kalimantan BKSDA to rescue another baby— this time a female orangutan from a village located 19 kilometers from Nyaru Menteng. The rescue mission was put into action after a report was received that an orangutan was seen held captive in an oil palm nursery facility.

Upon arrival, the BOS team immediately saw a very small infant orangutan with incredibly sad eyes chained to a door within the camp. The camp was used by oil palm nursery workers and the orangutan was chained to the door of a room which was full of fertilizers and pesticides. The orangutan was clearly weak and frightened.. and a very sad sight. The Central Kalimantan BKSDA confiscated the baby and during the investigation BOS discovered that she had been held captive for 6 months in this terrible situation. The worker who was caring for her said he found her in a small forest area behind the nursery. We know that an orangutan mother would never leave her baby alone, and we have no doubt that her mother must have been killed. 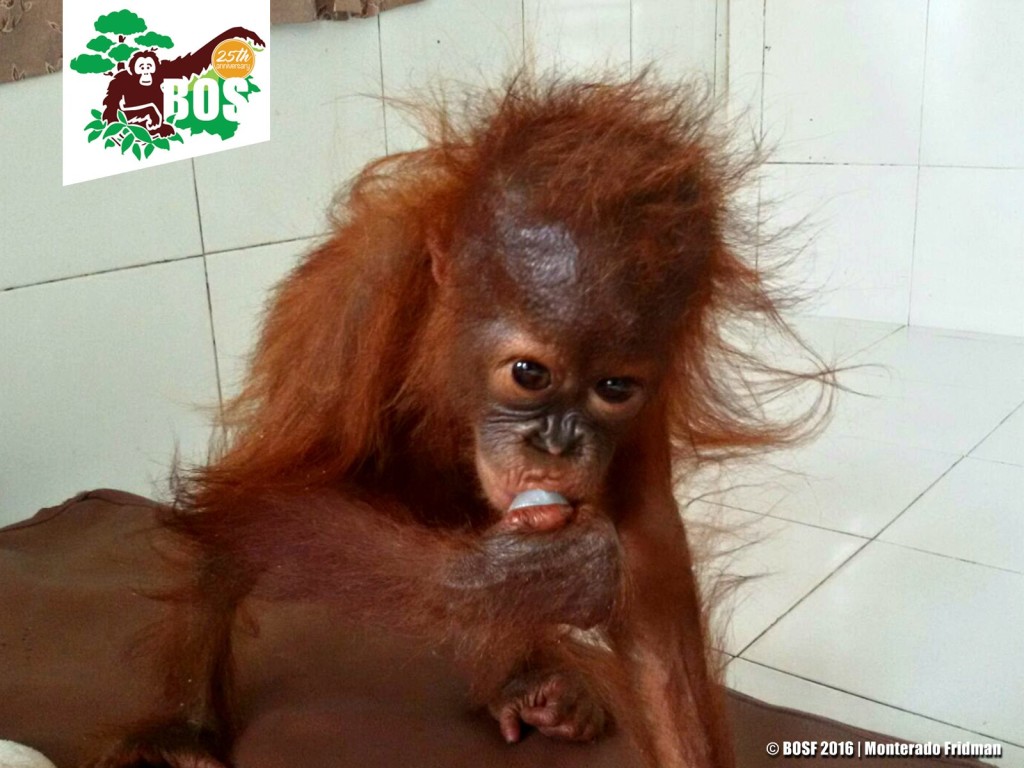 Dr. Agus Fahroni, BOS Veterinary Coordinator at Nyaru Menteng, was with the rescue team and checked the baby’s physical condition. She was around 1.5 years old, was severely malnourished, clearly neglected and very frightened. The team immediately brought her to Nyaru Menteng.

The little baby, who was given the name Kejora, is now going through a quarantine period under the dedicated care of the BOS Babysitters. She has been showing very positive developments and has already started to try lots of new fruits after initially only eating bananas. She loves rambutan, as you can see in this video! Kejora has also started to develop a love of milk. Her appetite has been healthy and her belly looks fuller now.

Special update: Kejora is growing stronger every day and loves spending time in the trees— a very good sign! 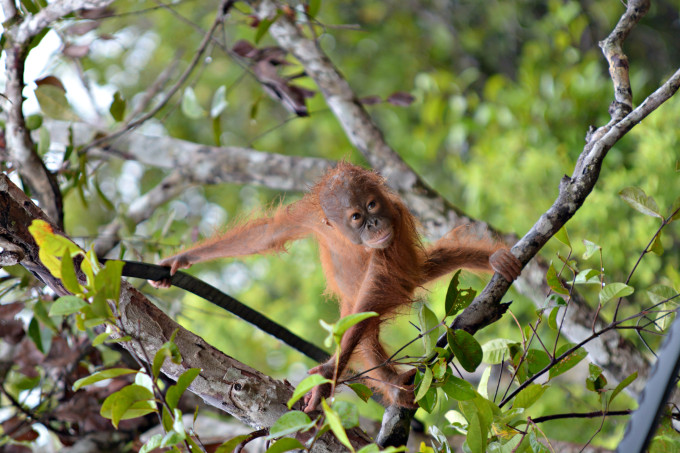 Kejora will soon move into the Baby Group... and into the new Baby House!