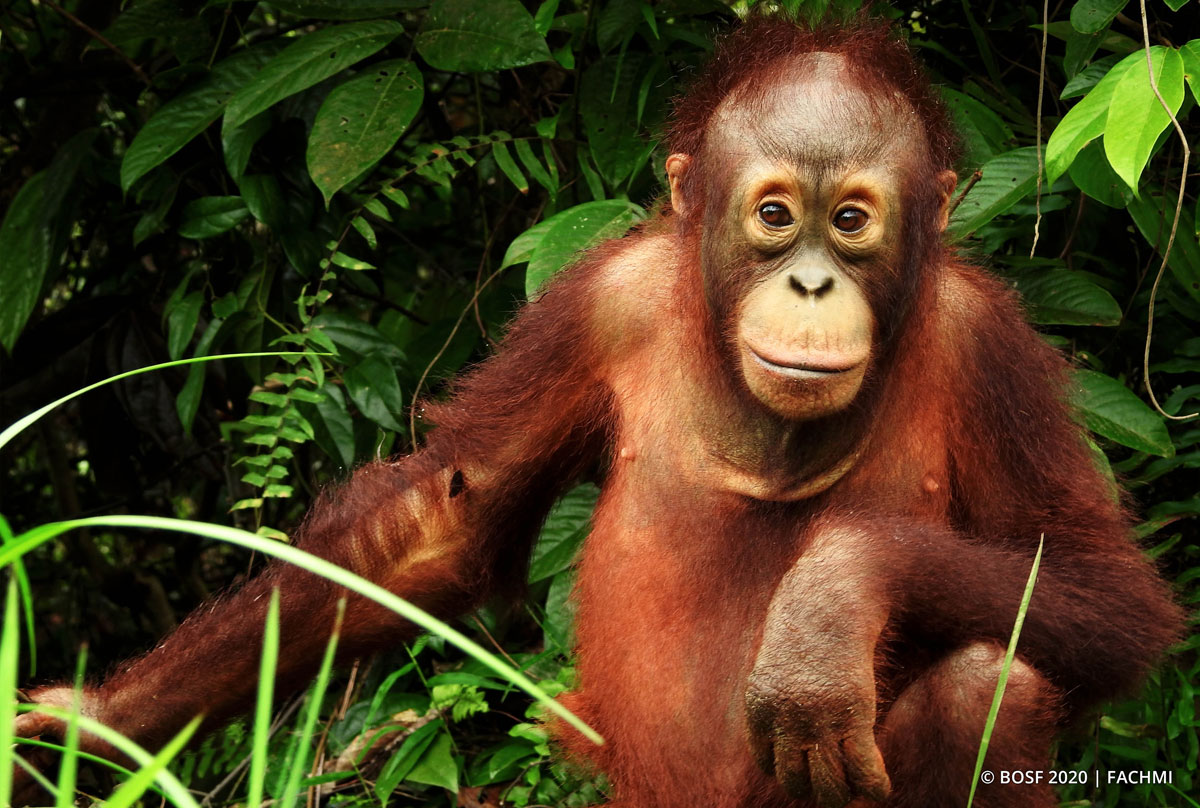 July 13, 2020 — In November 2015, a baby orangutan was born on Island #3 at the Samboja Lestari Orangutan Rehabilitation Center in East Kalimantan. The male baby, who we named Marlon, was born to mother Merin, who came to us from Ancol, Jakarta, a few years prior.

As Marlon was born on the manmade island, he has known this freedom his entire life. Initially, Marlon and Merin shared the island with another female, Aluhdora. Confident Marlon frequently spent time with Aluhdora, and sometimes they even slept together like a family. Marlon and Merin now share Island #3 with Lesley and Kopral, who were recently moved there after Aluhdora was transferred to another island. 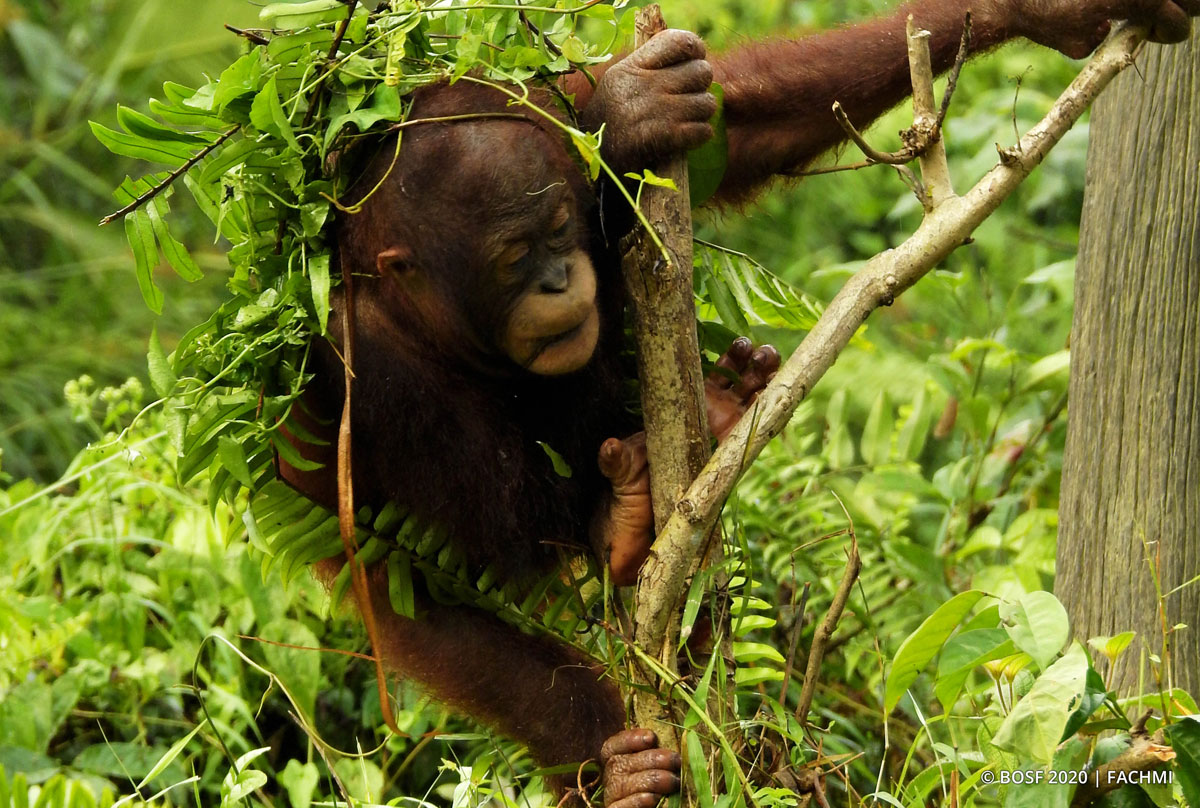 However, a few days after Lesley and Kopral arrived on the island, Marlon became increasingly difficult to spot. Our technicians speculated that Merin was perhaps spending more time with her son deep in the forest due to the presence of Kopral, a male orangutan. Despite missing both of his arms due to an electrocution accident prior to his rescue, Kopral was always known as a dominant figure during his time in Forest School 2.

Twice a day, technicians make their rounds to deliver fresh fruit to island feeding platforms. Potentially in response to the new competition posed by the newcomers, Marlon and Merin started to wait patiently by the feeding platforms instead of roaming freely around island. When Marlon grew hungry and the food had not yet arrived, he would often scavenge for fruit near the platforms. 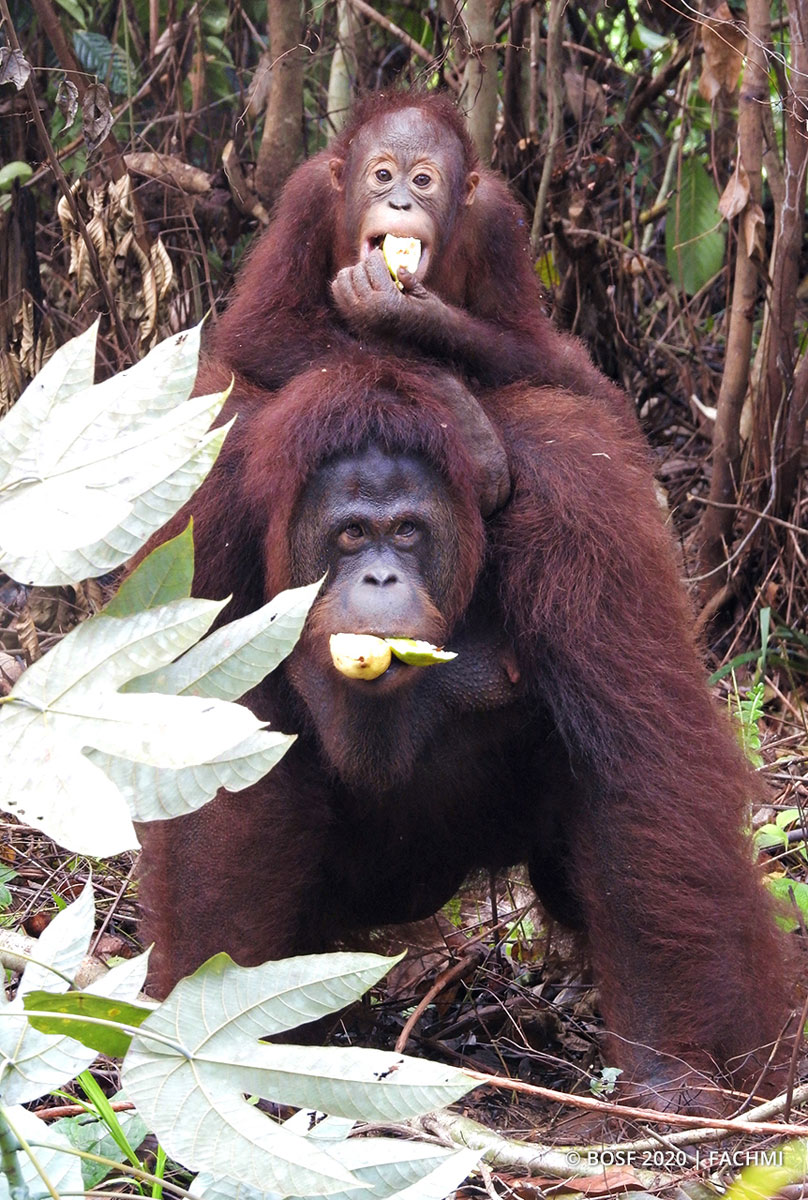 After several days passed, Marlon began to pay closer attention to Lesley and Kopral. He seemed particularly fascinated by Kopral, who showed no signs of hostility towards Marlon’s frequent glances. The technicians even noticed times when Marlon would be playing alone and Kopral would approach him, rolling down his body. At first, Marlon appeared to avoid him, but as time passed and their relationship formed, Marlon eventually began to interact with the 14-year-old male.

Marlon and Kopral have since become close pals, and now like to wrestle and play friendly biting games together. They have also been seen building nests together. Mother Merin, meanwhile, keeps her distance from Kopral, but she still keeps a close eye on Marlon as she monitors from afar. When she sees that her son is growing tired, she will quickly approach to breastfeed him. 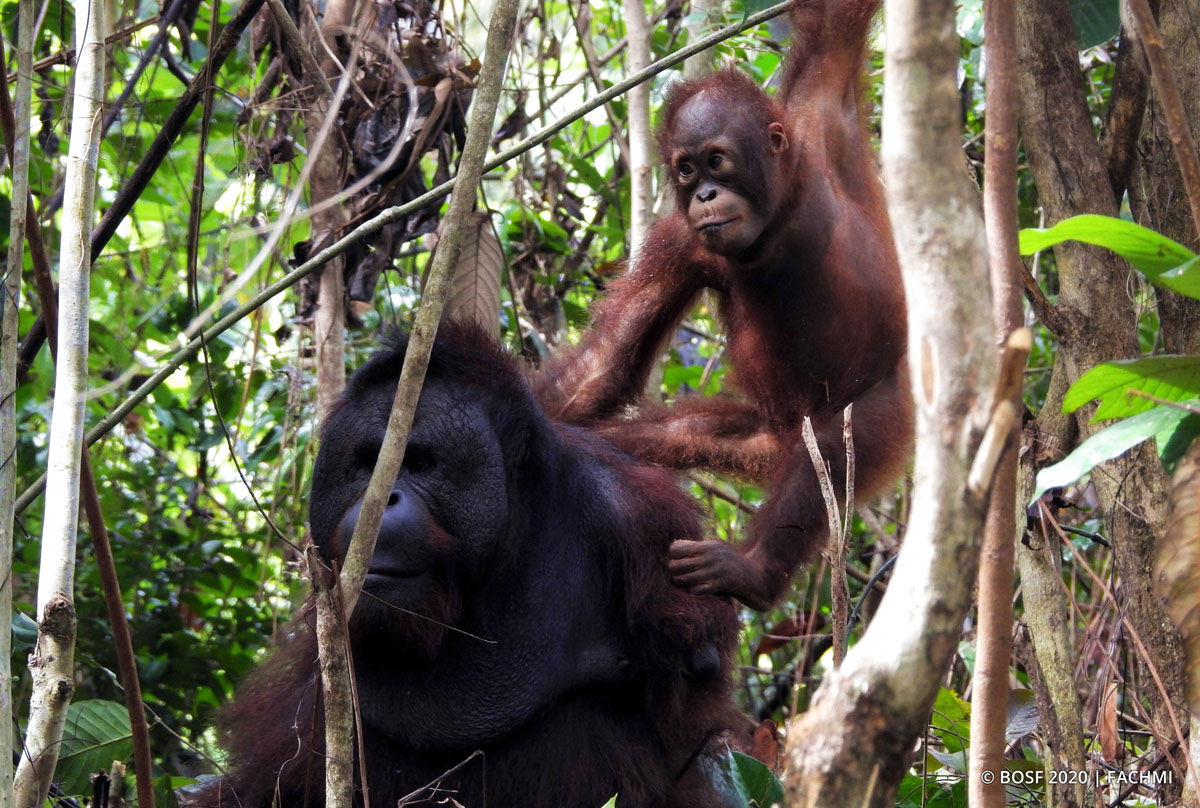 Here we want to credit amazing mother Merin as she has clearly raised an inquisitive and social, but cautious son in Marlon! The perfect combination for an orangutan! 🙂