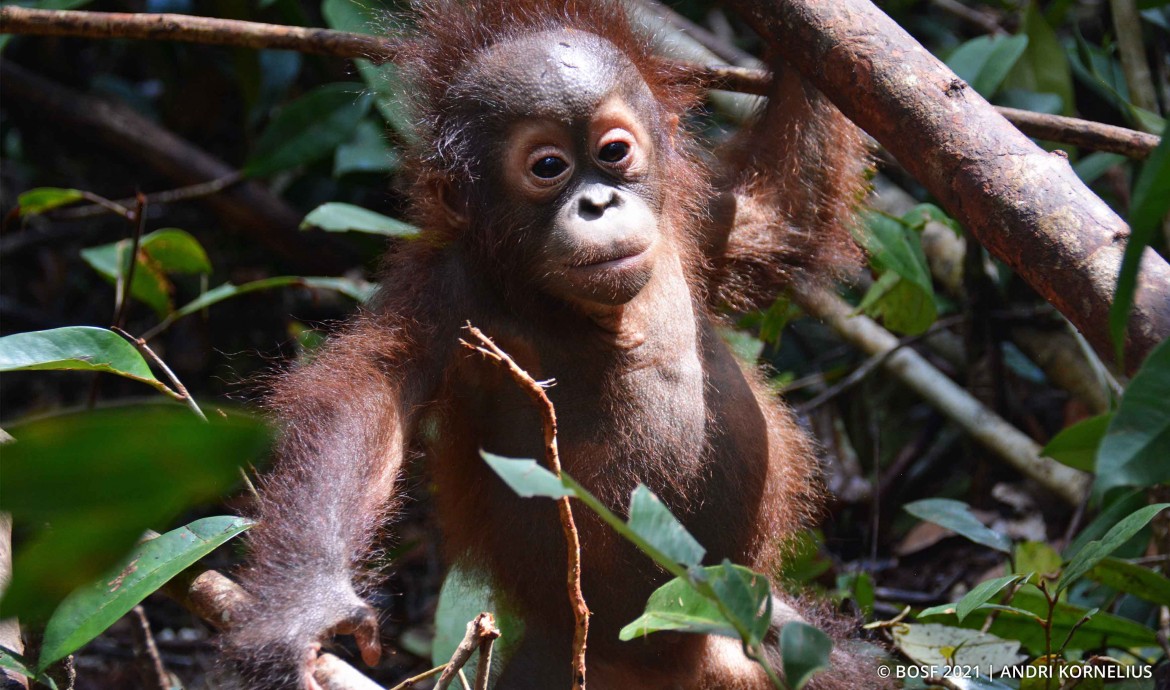 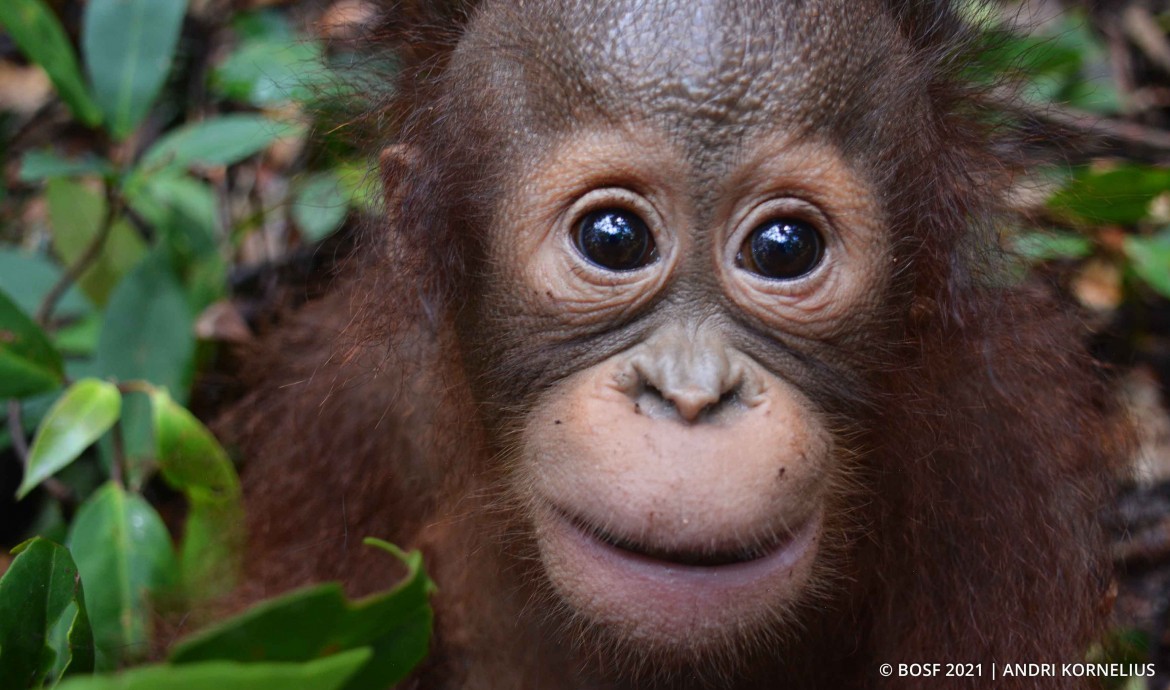 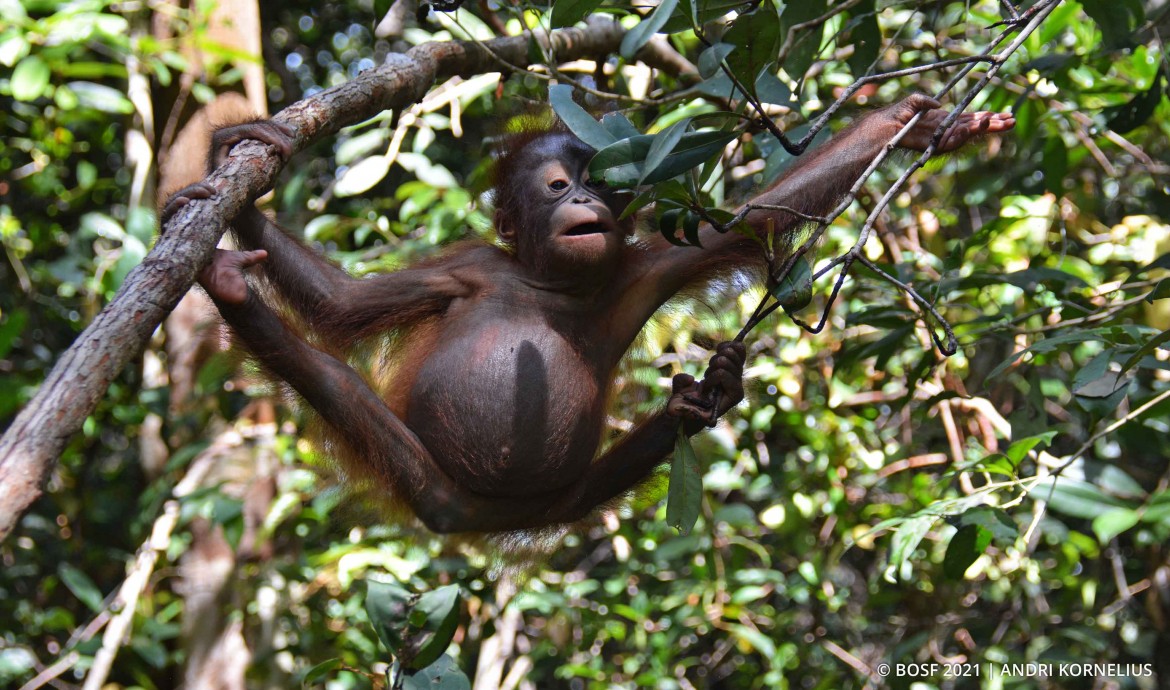 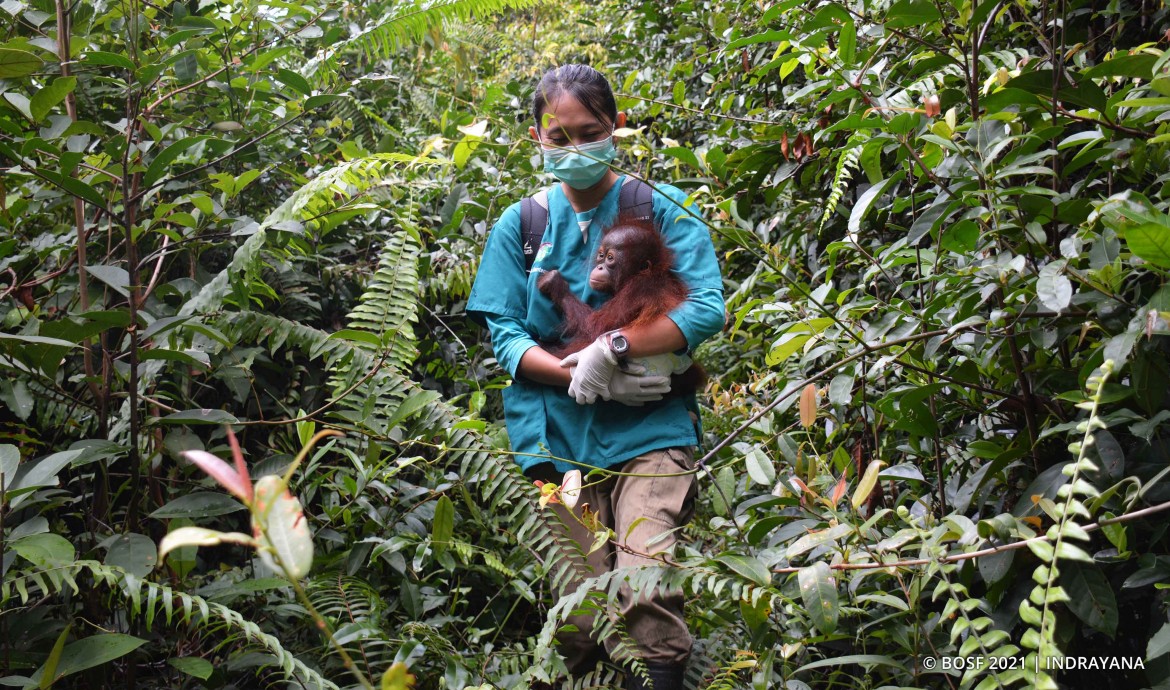 With no end in the near future to the pandemic, the BOS Foundation continues working hard to safely conserve orangutans and their habitat. With several adjustments to our health and safety protocols, now stricter than before the pandemic, the Nyaru Menteng Orangutan Rehabilitation Centre in Central Kalimantan has been involved in three rescue missions already this year.

The three recused baby orangutans - Aiko, Ramangai, and Onyer - underwent a period of quarantine for about three months prior to joining the Nursery Group. This group contains the youngest new arrivals at the rehabilitation centre. Here, baby orangutans learn how to climb trees as their first life skill. Let's take a look at their progress so far!

Aiko came to Nyaru Menteng when she was six months old. After joining other orangutans in the Nursery Group following her period of quarantine, Aiko adjusted quickly and has been very active playing and climbing trees. This is exceptional progress for an orangutan her age, as other baby orangutans usually take longer to develop the confidence to climb and move around several metres off the ground. This is especially true of orangutans with a history of captivity, who were kept in cages near the ground.

Ramangai is around nine months old and is in the same age group as Aiko. He has been in good health, but unlike Aiko still finds it more comfortable to play on the ground where he can be accompanied by a surrogate mother, rather than up in the trees. He is still reluctant to join in activities away from his surrogate mother, but has started learning to climb on branches not too high off the ground. We are quite happy with his progress thus far.

Of the three orangutan babies to arrive this year, Onyer is the oldest, at approximately 12 months old. The changes we have seen recently in Onyer are significant when compared to how he was when he first arrived at the centre. Onyer has become a playful character who likes to wrestle and pull pranks on other orangutans. Onyer has learned to climb and is good at socialising with others. He plays with all of the orangutans in the Nursery Group.

We hope that these three baby orangutans will continue to develop their skills - we can't wait to see them join Forest School!