November 27, 2017 — BOS is moving full steam ahead with the reintroduction programs and at the new release site in Central Kalimantan in the Bukit Baka Bukit Raya National Park, they have already released 71 orangutans since 2016. But it takes time for orphaned orangutans to learn all the skills they need to successfully live in the wild and that is where we step in.

Each orangutan under the care of BOS completes a gradual rehabilitation process; starting from the Nursery Group, then working through several levels of Forest School, where they learn and develop the vital skills and behaviors they will need to survive; what to eat and not to eat, how to make a nest and travel through the trees and how to avoid predators. Once they have completed Forest School, graduates are transferred to pre-release islands, where they enter the 'university' stage of their rehabilitation. On these naturally vegetated islands, orangutans are observed by Technicians to ensure they are learning to live more independently in a wild situation. Their ability to thrive on these islands ultimately determines their readiness to be released to the wild.

November 23, 2017, was a significant day for Petto, Toby, Tarwan, Uje and Mia. All five had gone through a long rehabilitation process in both Forest School and the socialization complex, and had finally made it to Bangamat pre-release Island. As soon as their transport cages were opened, all five rushed out to climb trees and explore the island; their new home, for the time being. 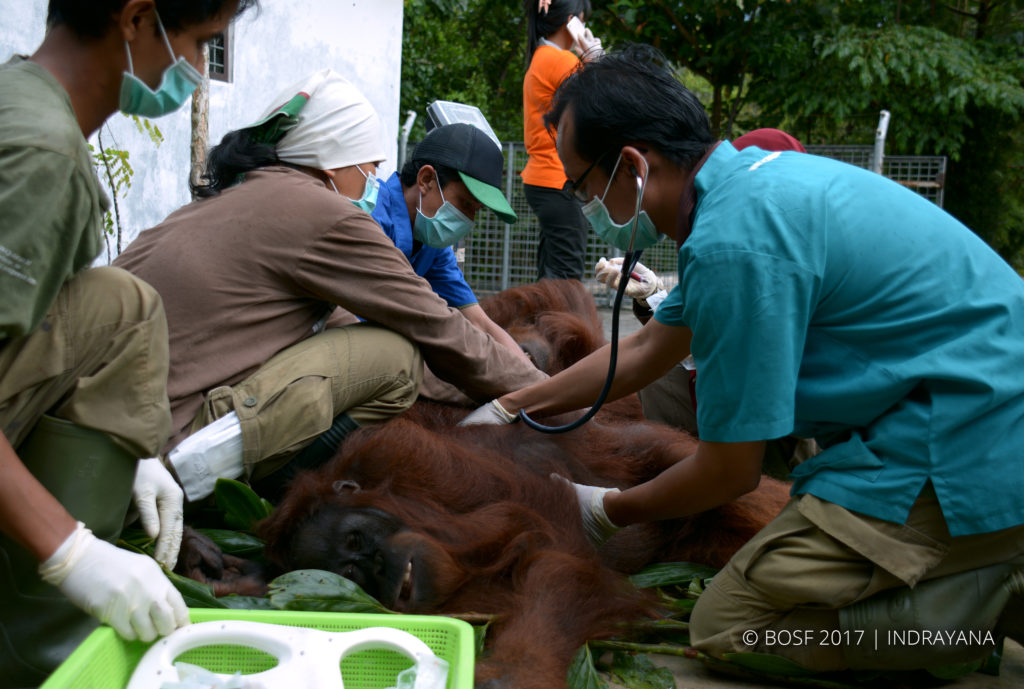 The vet team sedates the orangutans 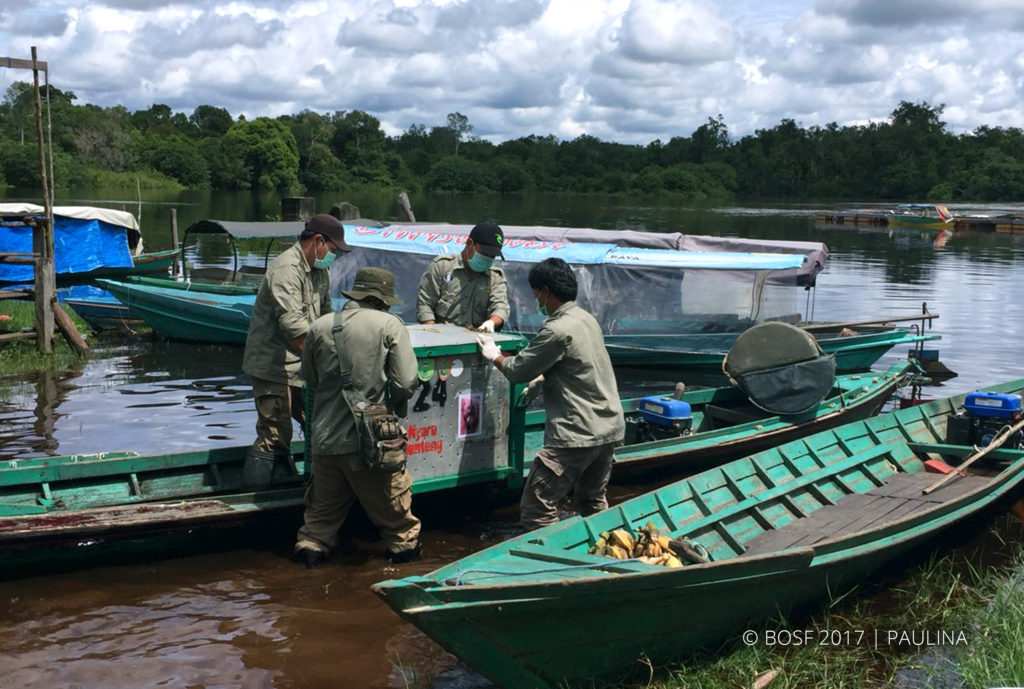 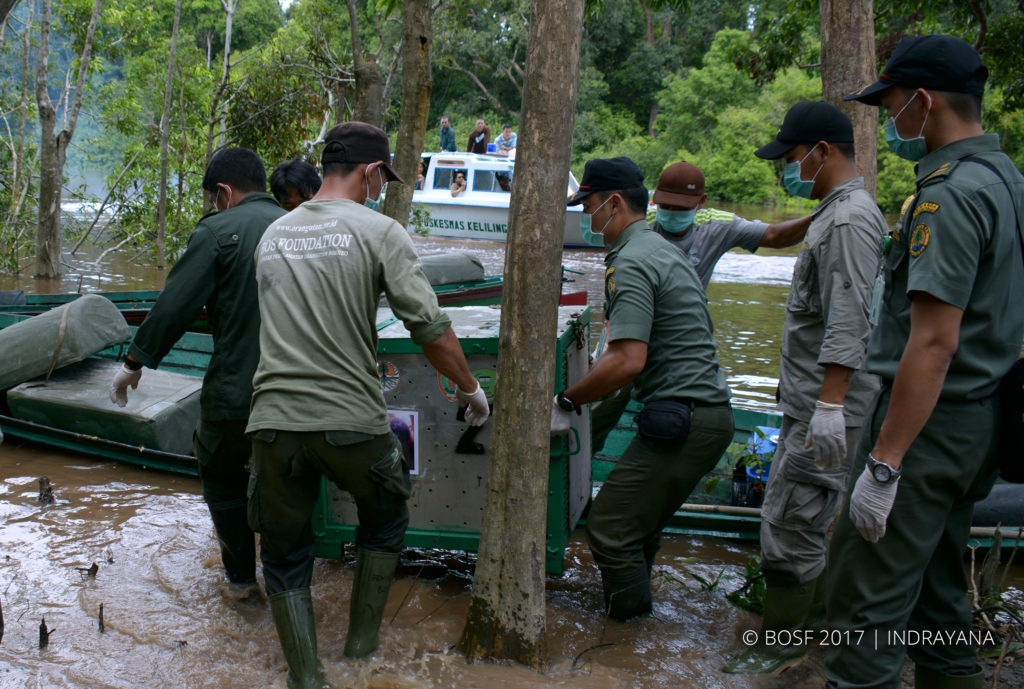 Our team transfer the cages to the release point 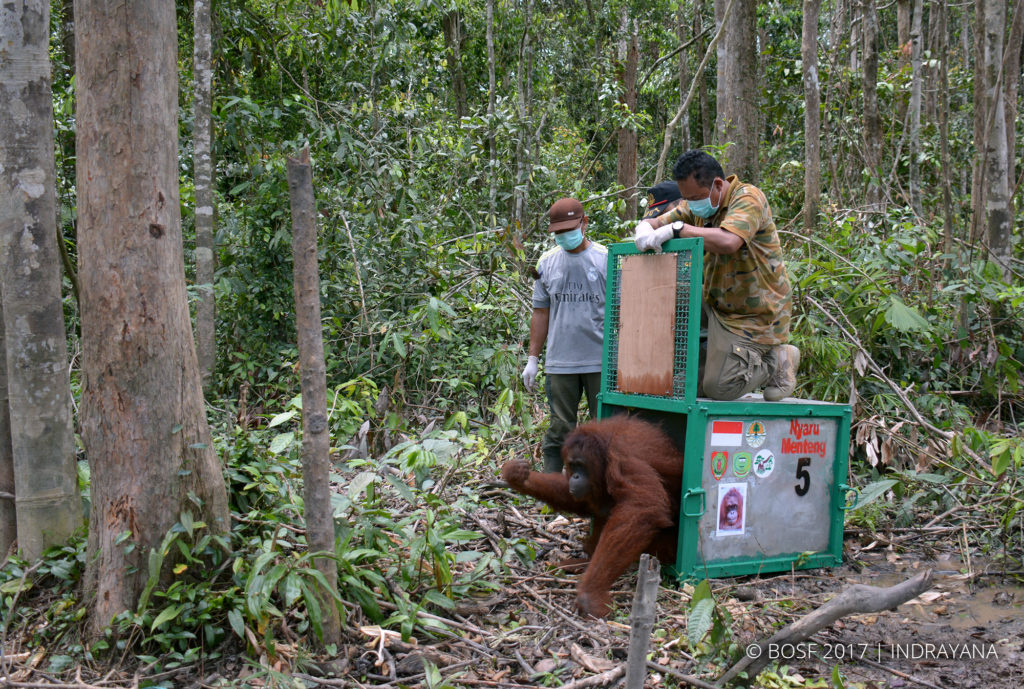 In addition to these five orangutans, Bangamat Island also welcomed the arrival of mother-infant pair Clara and Clarita. Baby Clarita was unexpectedly born and first spotted by the monitoring team in early July 2017, on Salat Island. A few days later, Clara was reportedly seen alone, without baby Clarita. After a thorough search of the area, the team discovered that Clarita was being 'cared for' by Rizki, a 14-year-old male orangutan, and his friends. 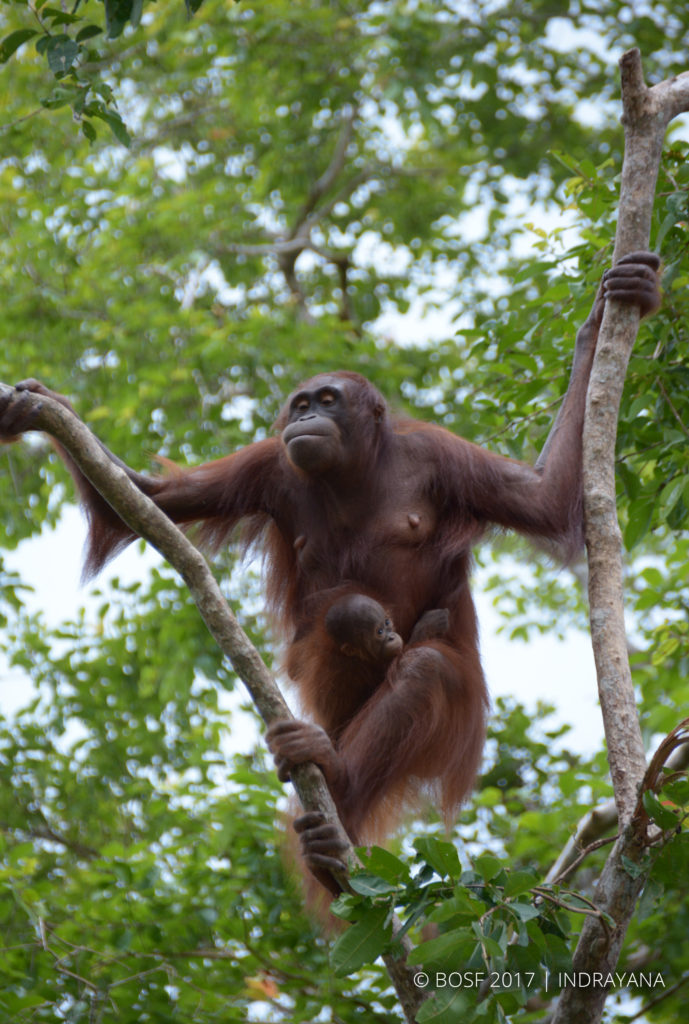 Clara with baby Clarita on Bangamat Island, their new home

Unfortunately Rizki didn't want to part with Clarita and although he was extremely gentle with the newborn, he obviously was not her mother and of course he couldn't feed her. After several attempts to rescue baby Clarita, the Technicians managed to safely retrieve her on July 18. She was suffering from a bad rash thought to be caused by rangas sap and she was also suffering from malnutrition, due to having been separated from her breastfeeding mother. Clarita was immediately taken to the clinic for intensive care. At the time, Clara seemed to be in hiding on Salat and in early August, she reappeared. We suspected she had been avoiding the other orangutans on the island – in particular, Rizki who had taken her infant daughter. The team quickly took Clara to Nyaru Menteng to be reunited with Clarita.

Meanwhile, baby Clarita was getting better, albeit with a rash still visible here and there. Initially, we were concerned that Clara might feel disconnected from her infant given that they had been apart for more than two weeks. However, we were very relieved to be wrong, and once baby Clarita was put in Clara's arms by her Babysitter, the gentle mother embraced her baby tightly to her chest, as though she would never let her go.

To avoid another opportunity for Rizki to take on the role of surrogate mother — or in this case, surrogate father — the team decided to move the mother-infant pair to Bangamat Island instead of Salat. To this day, Clarita continues to suckle and be doted on by her loving mother Clara.

The transfer of these seven brings the number of orangutans on Bangamat Island to 34 individuals. Nyaru Menteng's team of dedicated Technicians will continue to monitor their progress on the island. We hope all seven continue to grow into fully independent orangutans, and when they graduate from this 'university', will be ready for life the wild.