Jan/Feb 2016 - Recently two of our team members made the journey up into the hills in the northern area of our main transects in Batikap, to try and locate signals for some of our more elusive orangutans. Usually these hills are a good point for us to find those orangutans which have travelled far beyond our transects and therefore they are difficult, if not impossible, for us to locate and observe. We were very excited this trip to find that two of our orangutans were found together on top of the hill! They are Jamiat and Bonita.

Jamiat, who has already been in Batikap for a long time, and Bonita, who was released in April 2014. Bonita had not been seen since early April, so this was a really exciting observation to mark her one year in the wild! We consider a successful reintroduction is one where the orangutan has lived in the wild unaided for at least a year. Now that we know that Bonita has surpassed her one-year mark, we can officially call her a successfully released rehabilitant orangutan! 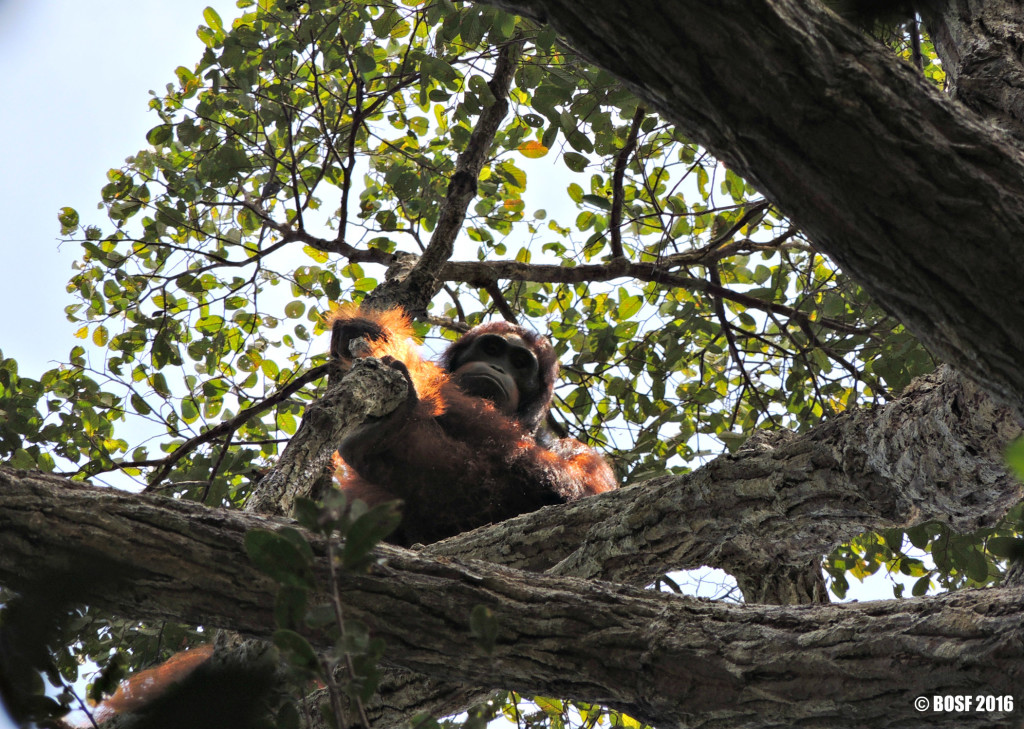 During two days of observations, Jamiat and Bonita stayed together, but unfortunately did not interact much. On both days Jamiat broke branches and kiss-squeaked towards his human observers through the entire observation, a sure sign that he was uncomfortable with our presence and would not behave as he normally would. Therefore, we don’t know just how close these two are. Still, on the second day, when the rain rolled in and just before we lost sight of the two orangutans, we could see them building a day nest in a tall tree to wait out the showers. We can’t be sure that they shared the nest, but they travelled towards and away from the same tree before and after the rain and Jamiat’s protective kiss-squeaking makes us think the two have a close relationship. 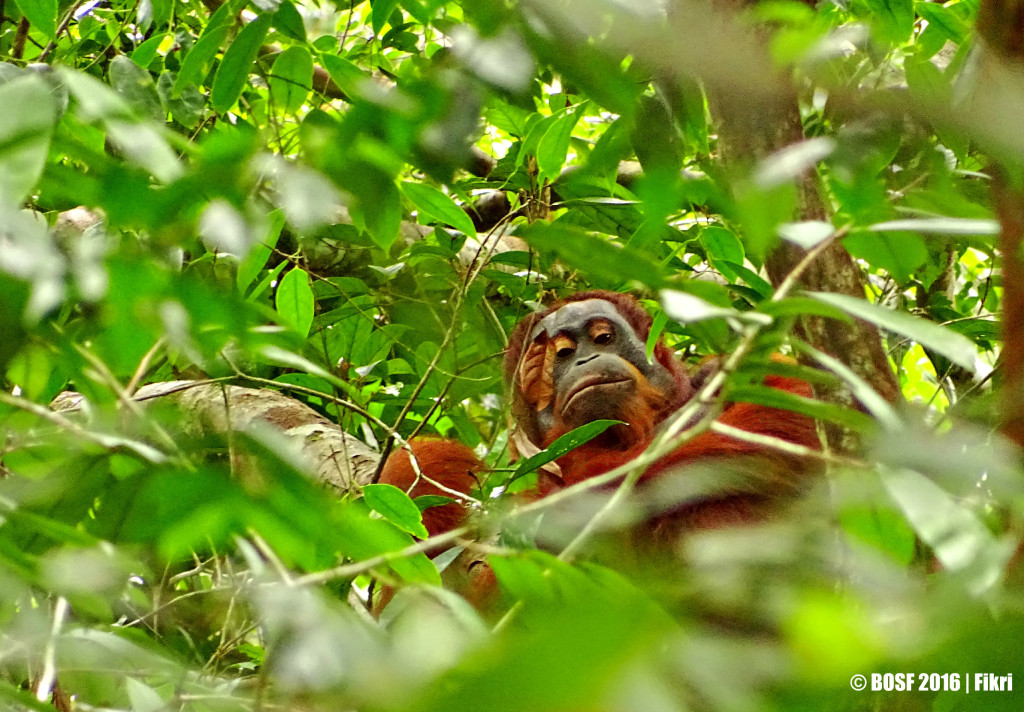 While orangutans are mostly solitary save for mother-infant pairs, it is not uncommon for a male and female to travel together when the female is in estrus. It is quite likely that Jamiat is hanging around Bonita in the hopes of potentially fathering an offspring. Since Jamiat does not yet have cheek flanges, the sign of male dominance, he must be more discreet in his mating strategies. It is much riskier for him to long call and advertise himself to females as a dominant flanged male would, as it risks calling a dominant male to him. Thus, it seems Jamiat has taken the sneakier route of keeping close to his lady of interest and trying to keep those pesky humans away. We are avidly awaiting the results of Bonita’s pregnancy test to see if he has been successful!

How Your Donation Helps:

Check out some amazing videos!!!