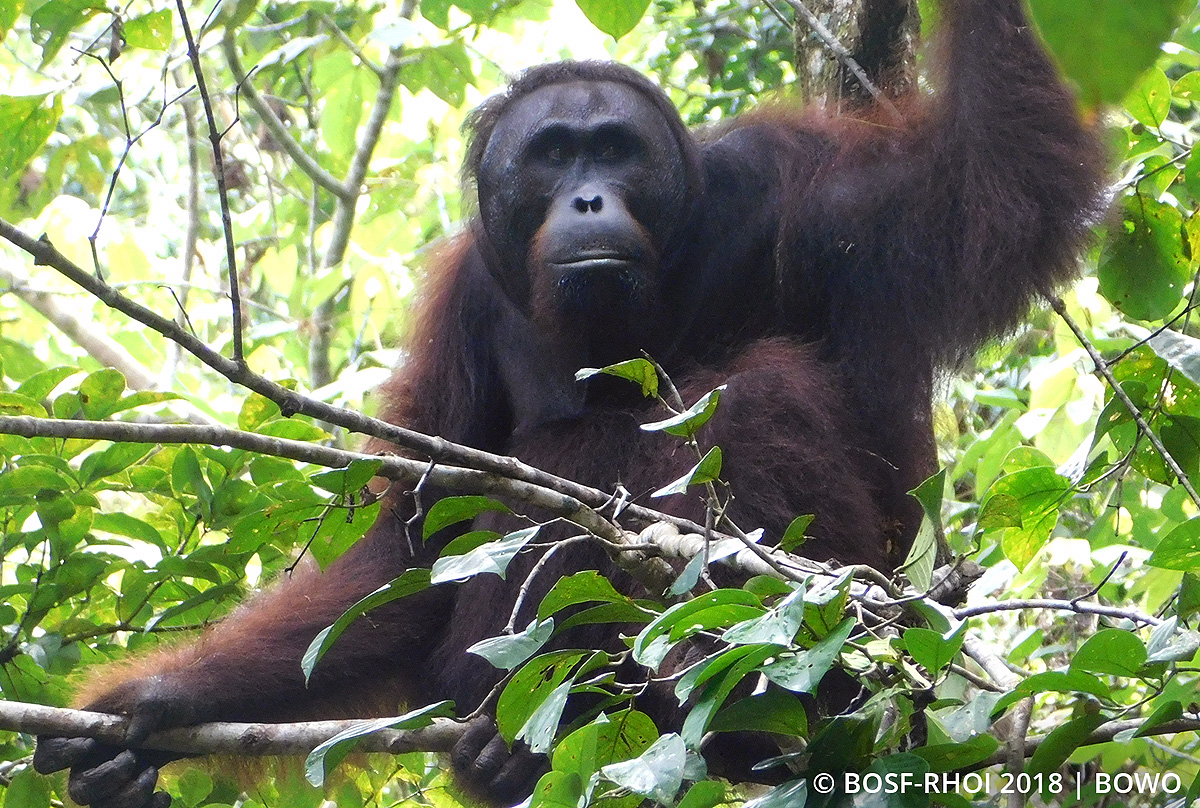 DECEMBER 19, 2018 — Our Post-Release Monitoring (PRM) team from Nles Mamse Camp recently set off early in the morning to patrol for released orangutans in the Kehje Sewen Forest. Soon after entering the first transect, a crisp cracking sound came from high up in the canopy. We soon learned that it was Ajeng, a female orangutan that was released in September 2015.

The team was delighted to see Ajeng, for she had gone unobserved for quite some time; her telemetry chip had long passed its working period, making it difficult to locate her. The last time we observed Ajeng was in July, this year. 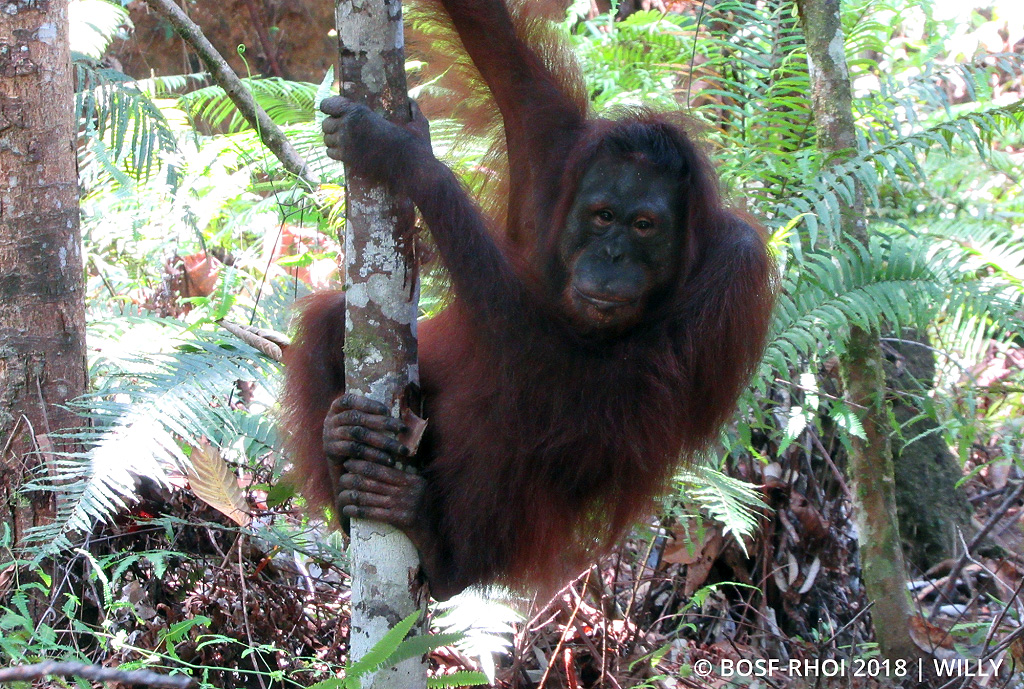 Shortly after Ajeng appeared, another orangutan came into sight – Agus, a handsome 19-year-old male. He approached and calmly sat next to a disinterested Ajeng, who ignored his attention and moved away. 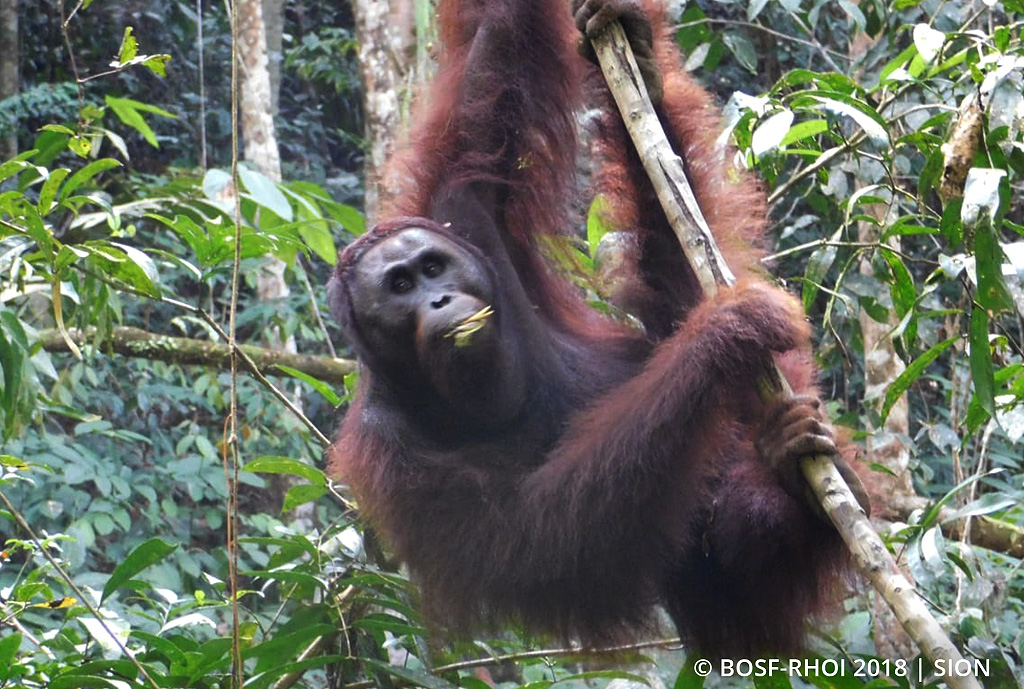 The PRM team was then surprised to see another orangutan show up. Robert, a 10-year-old male, joined the scene and appeared to share a similar interest in Ajeng. This is the second recorded encounter between Robert and Ajeng, after their first observed rendezvous last year. This time, however, the third wheel was on its way: along came Agus. 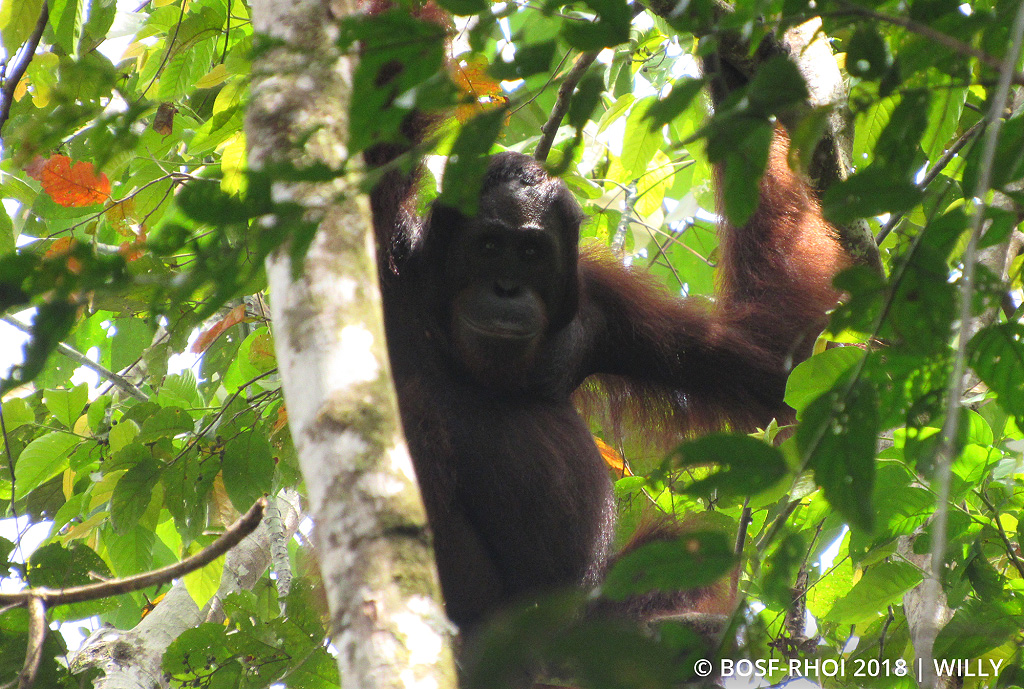 To our surprise, Robert, smaller and younger than Agus, showed more courage than his adversary. After Ajeng rejected Agus once more, Robert took his chances and carefully approached her. Ajeng responded favourably and the two copulated before retreating to a cosy nest together. Ajeng had chosen Robert!

Agus, meanwhile, refused to give up so easily. He remained at the location and even tried to approach the couple. To avoid conflict, Robert moved away, but Ajeng seemed unwilling to let Robert go alone and took off after him. Still not taking the hint, Agus followed after Ajeng. Consequently, the three moved off into the forest and left us behind.

Unable to keep up with them, we cannot confirm which of the two suitors Ajeng finally picked – but we could take a guess! We hope to locate them on our next patrol, and discover what the next chapter holds for this forest love triangle.