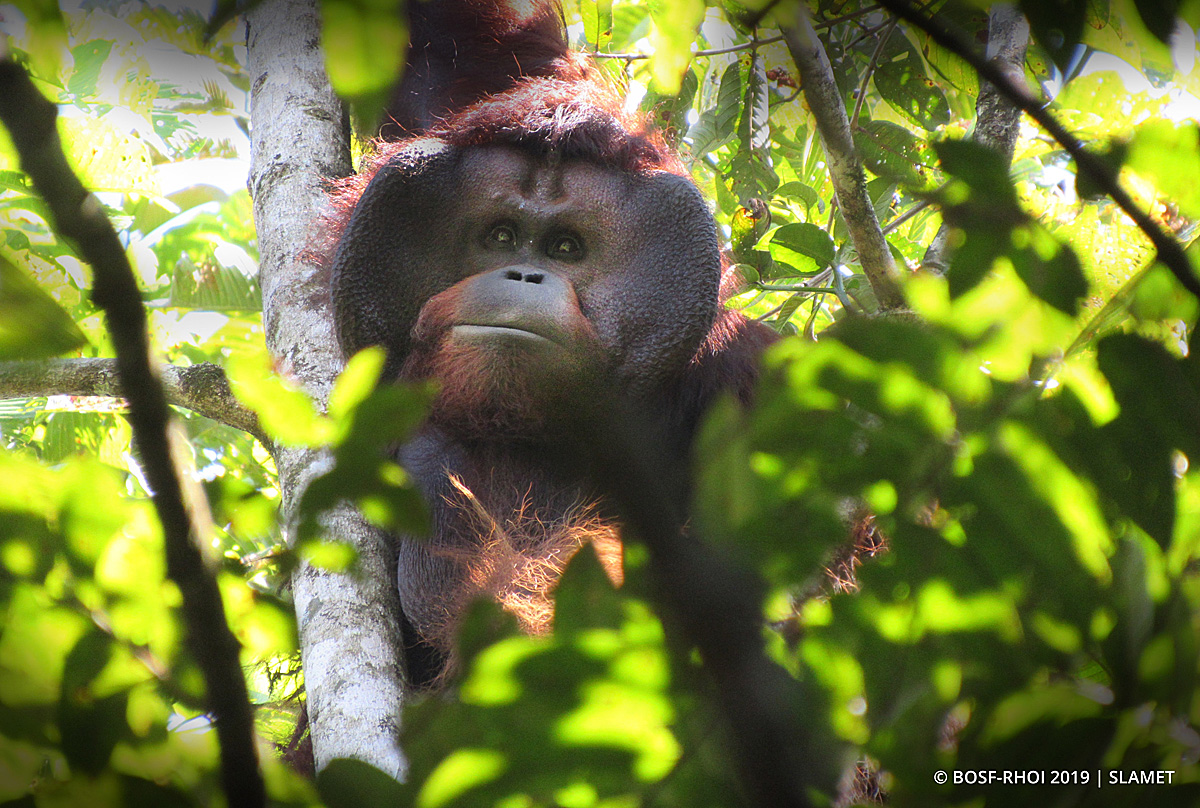 December 5, 2019 — The BOS Foundation, in collaboration with the East Kalimantan BKSDA, successfully released another three orangutans this month into the Kehje Sewen Forest, an 86,450-hectare Ecosystem Restoration Concession (ERC) forest managed by PT. Indonesian Orangutan Habitat Restoration (RHOI). This ERC has provided a sustainable and safe habitat for rehabilitated orangutans to live wild and free.

The three orangutans in this release included mother-infant pair Jubaedah and Jubaedi, and an adult male orangutan named Titon. Wild orangutans Jubaedah and Jubaedi were rescued from Guntung Village and brought to the BOS Foundation’s Samboja Lestari Orangutan Rehabilitation Centre to receive intensive treatment and to recuperate. Meanwhile, Titon was born in Samboja Lestari on 11 October 2000, to mother Titin, and underwent a lengthy rehabilitation process to develop and hone his survival skills.

First day in the forest

On release day, Jubaedah and Jubaedi were the first to exit their transport cage, followed by Titon only a few minutes later. After the transport cages were opened, our Post-Release Monitoring (PRM) team from Nles Mamse Camp quickly took over to observe and record the activities of the released orangutans. The team had divided into three separate teams to monitor each individual orangutan.

The PRM team noted that after their cage was opened, Jubaedah and Jubaedi quickly moved away from the release point and climbed straight up a tall tree. The mother-infant pair also kiss-squeaked and threw branches down at the team to voice their displeasure at human presence, before brachiating to another tree and climbing higher up into the canopy. 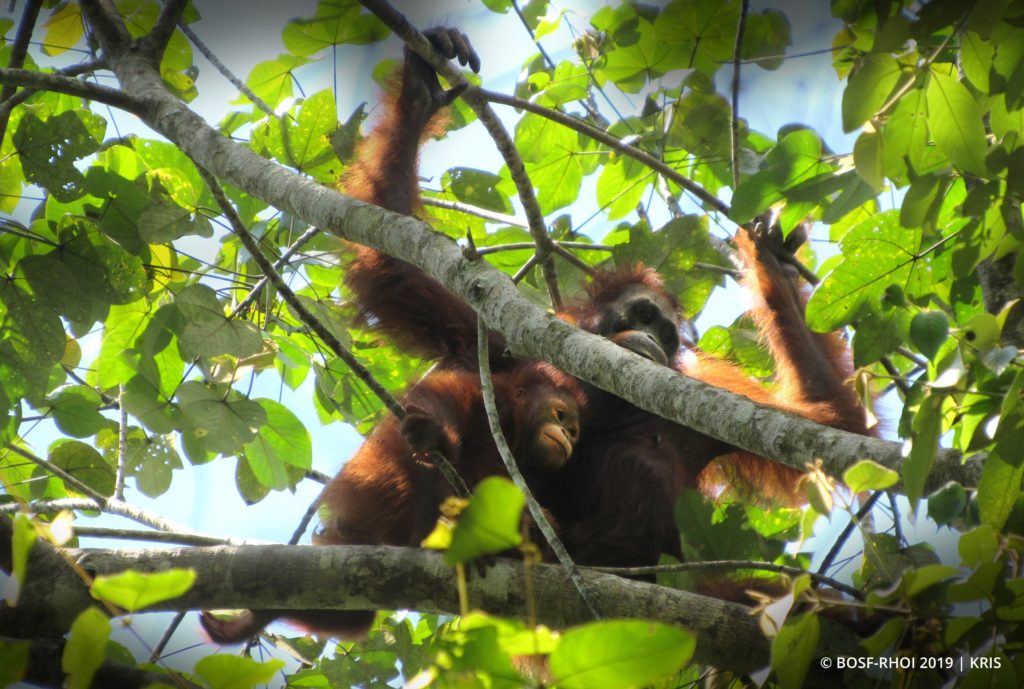 A few minutes later, it was Titon’s turn to embrace true freedom. Titon burst out of his cage the second it was opened and excitedly climbed up the nearest tree. Despite his stocky build, Titon is a fast climber, and he managed to rush 20 meters up the tree before finally stopping to rest on a large branch high up in the canopy.

During the first day of observation, Jubaedah actively moved around the canopy. She was also seen building a day nest and resting in it, whilst Jubaedi played alone at a distance from his mother. Jubaedi happily roamed the forest nearby and taste-tested forest foods like Maccaranga fruits and young liana leaves. As evening crept in, Jubaedi returned to his mother in the nest and the pair soon fell asleep. 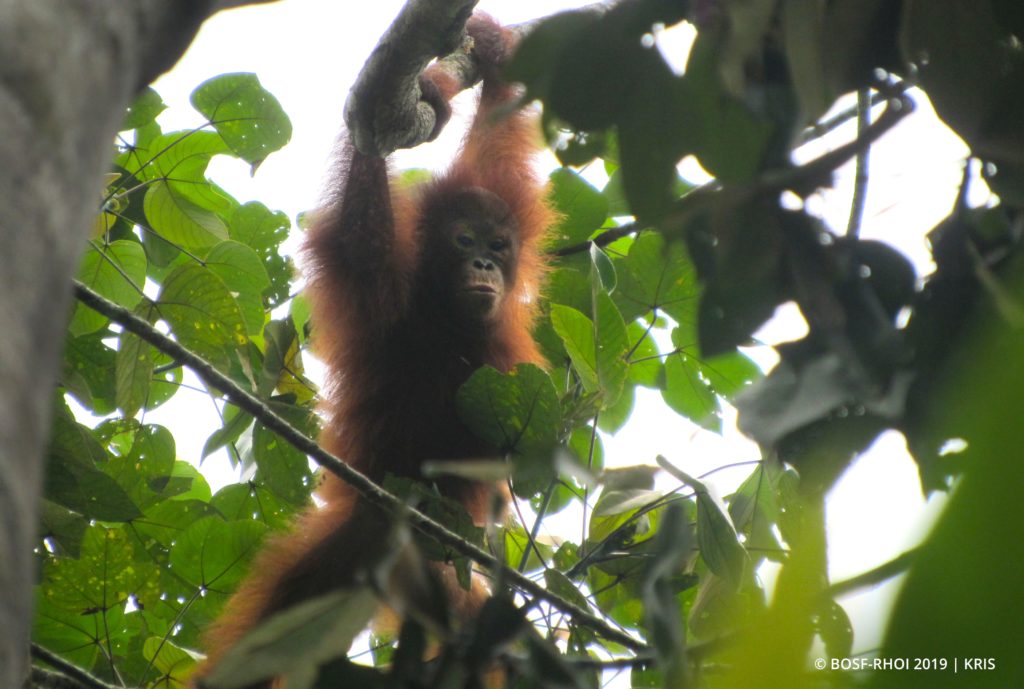 Unlike Jubaedah and Jubaedi, who happily explored their new home, Titon spent a lot of time resting in the canopy and assessing his new surroundings. At around noon, he started to eat some leaves from a nearby tree, and laid down on one of its branches to rest. 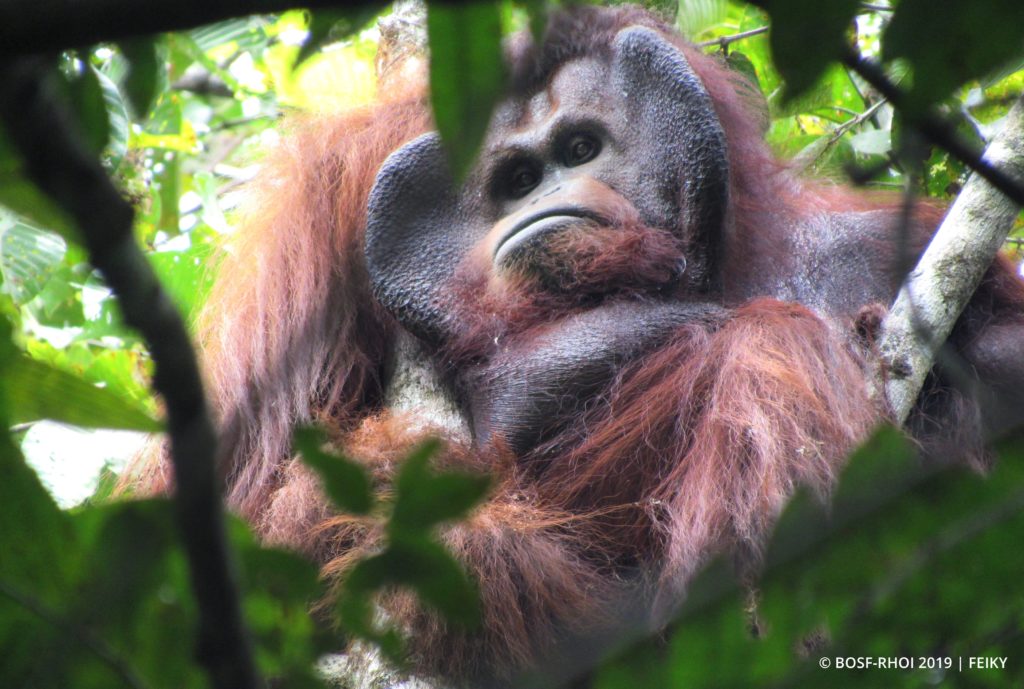 Titon resting on a branch (above)

We are delighted to know that after their long journey, these three orangutans are now enjoying true freedom in the forest! This release gives us much hope for the future: A new home for Titon, who is finally living as a true wild orangutan, and a second chance for Jubaedah and Jubaedi to live wild and free in a safe forest.