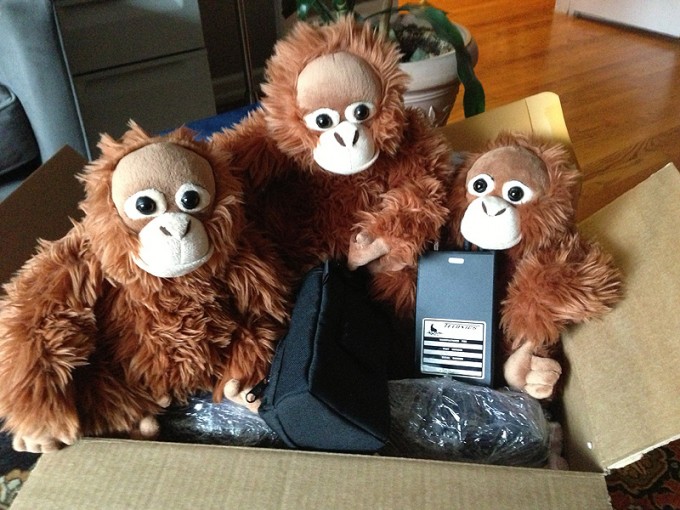 Since summer 2012 BOS Nyaru Menteng has been accomplishing something truly astonishing. They've released dozens of orangutans into a secure forest called Batikap-- with plans to release dozens more in coming months. (In case you were wondering, there are still approximately 570 orangutans being cared for at BOS Nyaru Menteng, so the releases will be ongoing for many years to come!)

Releasing orangutans is no easy task. The logistics and costs are quite daunting. We'll be detailing the whole process in coming weeks as we establish a special Orangutan Release Fund. For now, we want to concentrate on one aspect of the release: Post-Release Monitoring. When the orangutans are released into the forest, the story doesn't just end there. The crew doesn't just pack up their gear and head home. BOS leaves a team of trained professionals in place to track the orangutans, monitor their progress and make sure they are able to survive in the forest. To do this they rely on sophisticated electronic monitoring equipment-- and given the wet, humid, tropical nature of the forest, this equipment takes a serious beating. Consequently, it often needs to be repaired and replaced. That's where YOU, our amazing donors come in! Because of YOUR generosity we were able to bring a new set of Telonics radio transmitters to the center for immediate deployment!

These radio transmitters are not cheap. Please make a contribution to help cover the next set!

You can support BOS Nyaru Menteng by adopting an orangutan for just USD $15/month (or USD $150/year). Learn more.