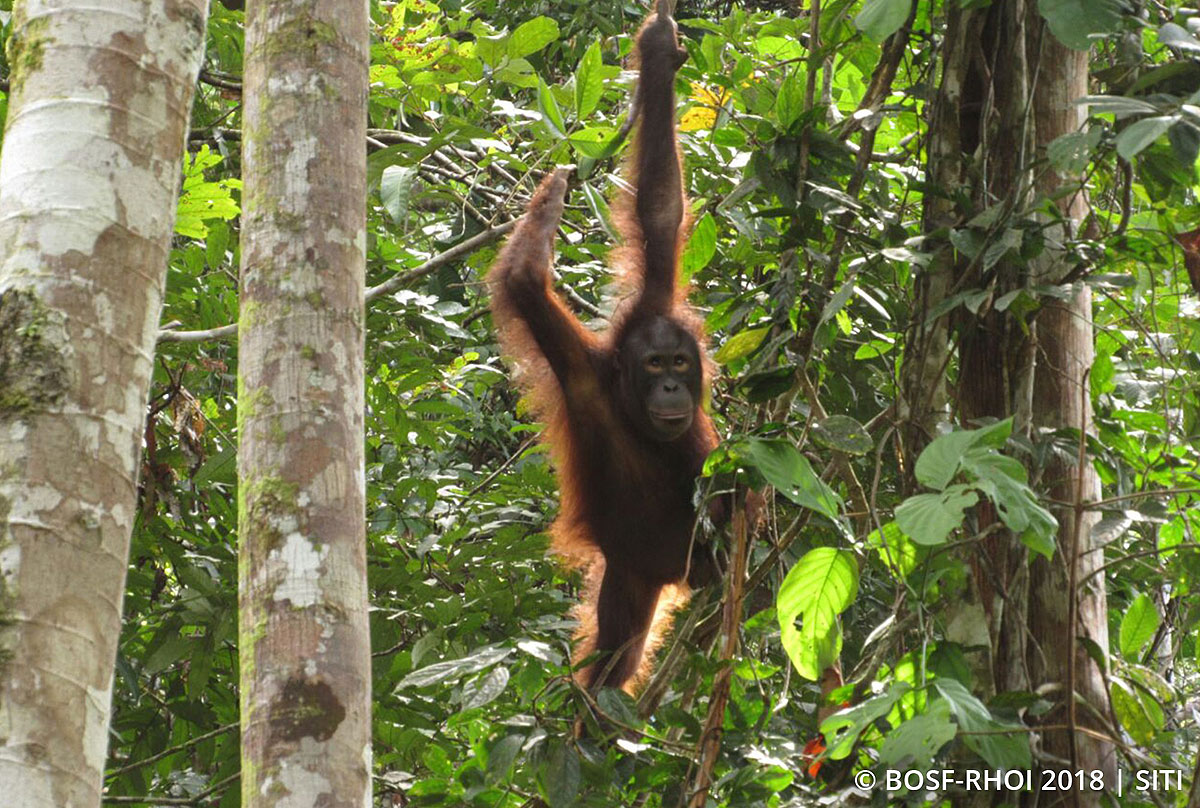 30 October 2018 — The afternoon was beginning to turn dark when our PRM team from Nles Mamse Camp, in the south of the Kehje Sewen Forest, started heading back to camp after a day-long patrol of the Pelangsiran area. As evening set in, the PRM team stayed alert and on the lookout for possible encounters with orangutans, or other animals, along the way. Suddenly, a cracking sound was heard from high up in the canopy, followed by the appearance of two orangutans. It was Long and Arief, the non-biological, mother-child pair we released in September 2015. Long was spotted sitting on a branch, watching over Arief as he brachiated through the trees. The team quickly established a safe observation point to start collecting data. 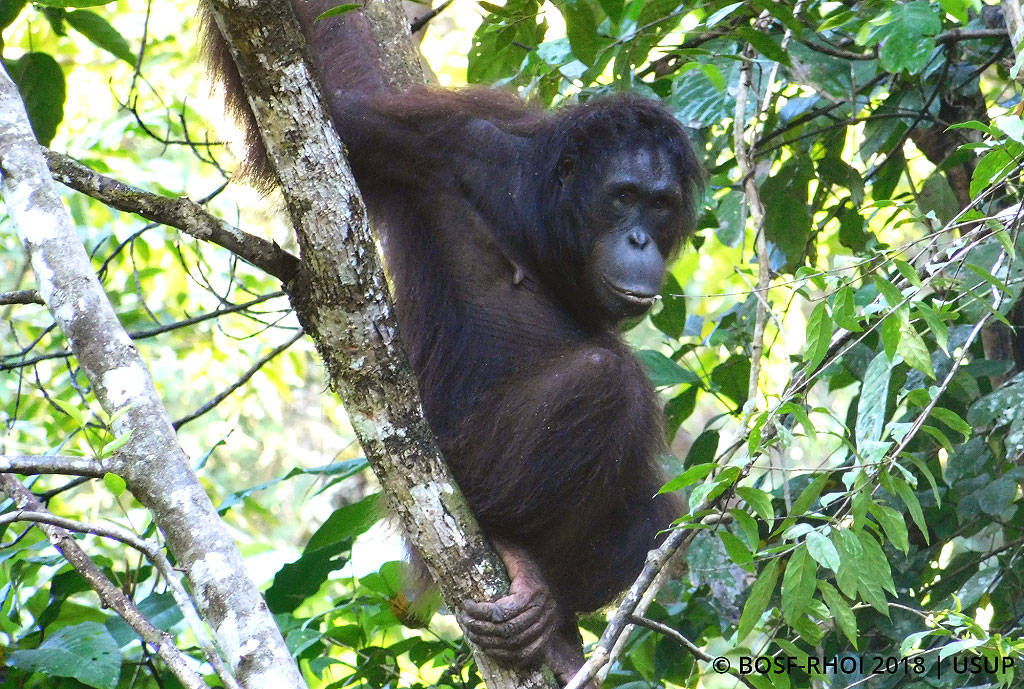 From past experiences observing Long, the team was well aware of her nurturing and protective nature over her surrogate son. With this in mind, PRM team members know that they must be careful not to grab Long’s attention during observations, to avoid her feeling threatened. The longer a released orangutan lives the forest, the more sensitive they become to disruptions; and since Long has been in the Kehje Sewen for three years, she can quickly detect human presence.

No matter how stealthy we try to be, however, it only takes one team member stepping on a twig to make an orangutan aware of our presence. The soft crack of a stick under a boot was all it took that day to alert Long and Arief to our presence. Our PRM team members braced themselves for an uncomfortable expression from Long. Little did they know, however, that it wasn’t Long who was about to warn them to back away.

Arief was busy eating young leaves when the crack was heard. He suddenly stopped eating and quickly began to kiss-squeak, voicing his displeasure at the interruption to his meal. He then aggressively moved around the branches, all the while kiss-squeaking to signal for the intruders to back off. Arief, it seems, had grown to become his foster mother’s protector! 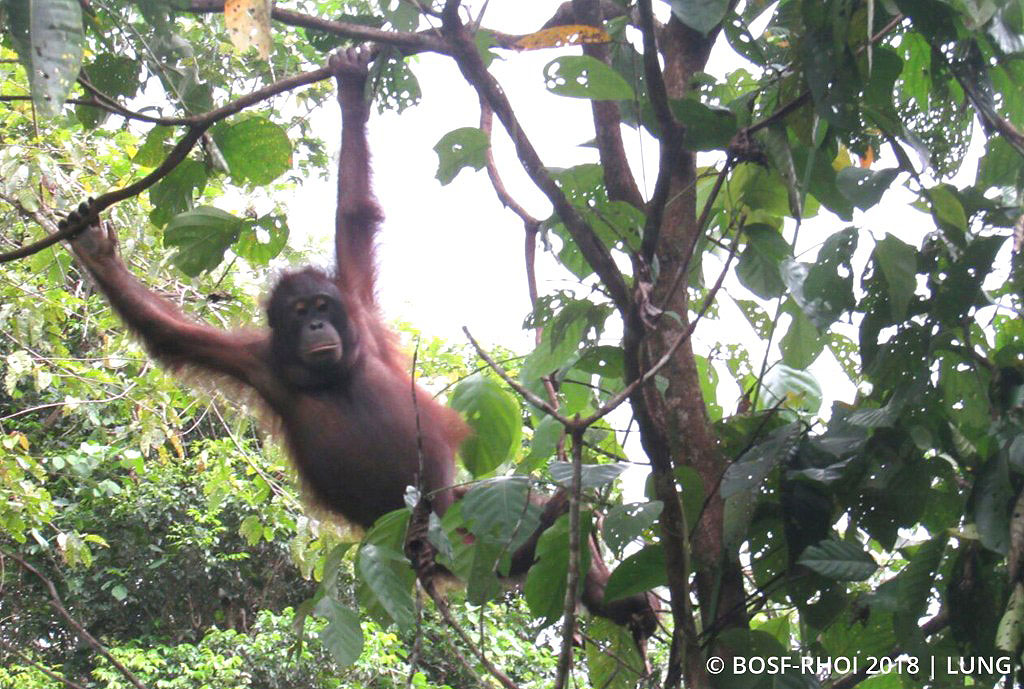 With Arief aggravated, and enough data already collected, the team GPS-tagged the location and headed back to camp. In the short time the team observed Long and Arief, it was clear that both were in good health and had grown – especially Arief, who had clearly gained weight. His condition and wonderful development is, no doubt, largely due to the special love and care provided by Long, his surrogate mother. Thanks to Long, Arief is now displaying clear signs of independence – as well as some bravado!

Orangutan mothers play a vital role in the sustainability of their species. Without their moms, orangutan babies lose their only source of education and knowledge to prepare them for survival and independence in the wild. It is imperative that we help protect orangutans and their habitats, to preserve this only great-ape species endemic to Asia.