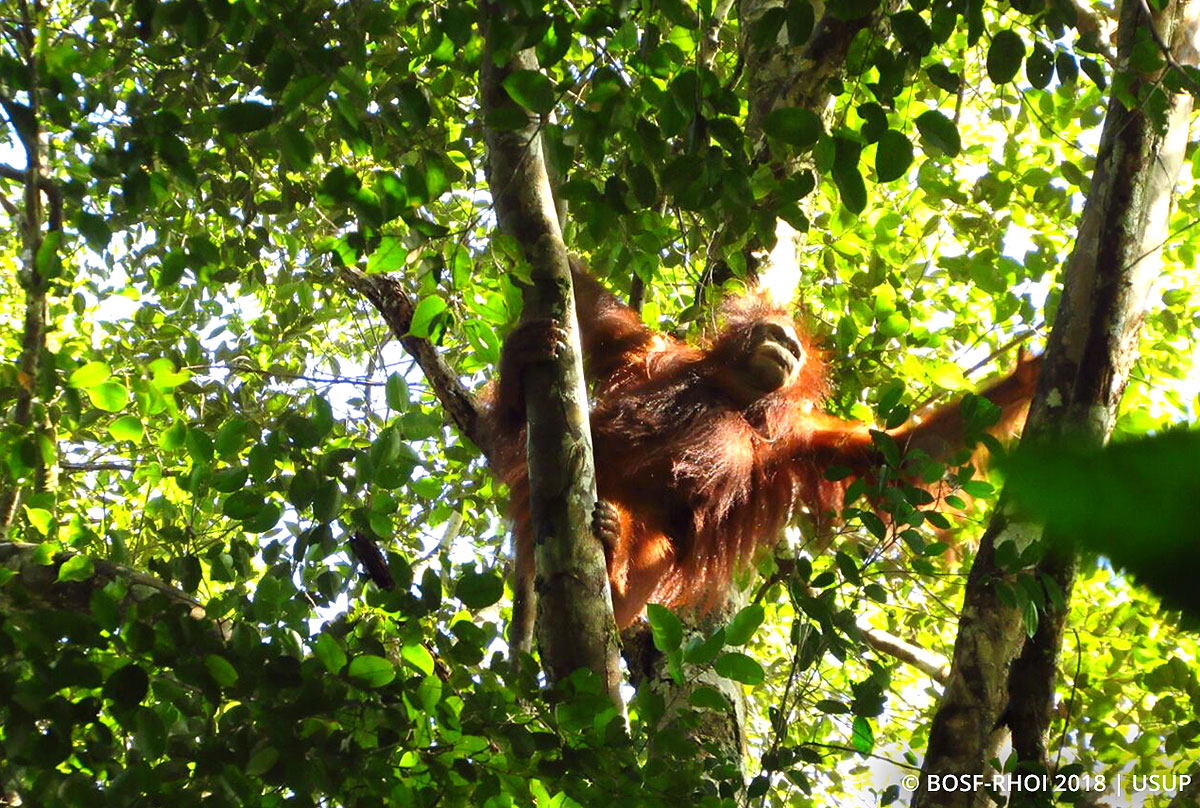 September 7, 2018 — The Post-Release Monitoring (PRM) team from Nles Mamse Camp in the Kehje Sewen Forest is happy to report that Choki, an orangutan released in June this year, is adapting well to her new life in the forest. Choki initially seemed reluctant to explore deep into the forest after her release, but has since extended her range and is now covering more ground to forage for natural foods.

Choki was the most restless of the five orangutans released that day in June, and kiss-squeaked to voice her displeasure at the humans carrying her transport cage. After setting her cage down at the release point, the team had decided to back away and give Choki time to calm before opening her cage.

As soon as the cage was opened, Choki rushed out to climb the nearest tree in front of her and hide out of sight. Even our most experienced PRM team members had trouble spotting her and observing her behaviour. She continued to hide high up in the canopy, forcing the team to move back and find a better location to monitor her through binoculars. At around 6 p.m., when the sky had turned dark, the cracking sounds of breaking twigs could be heard from up above – Choki was constructing her first nest in the forest! 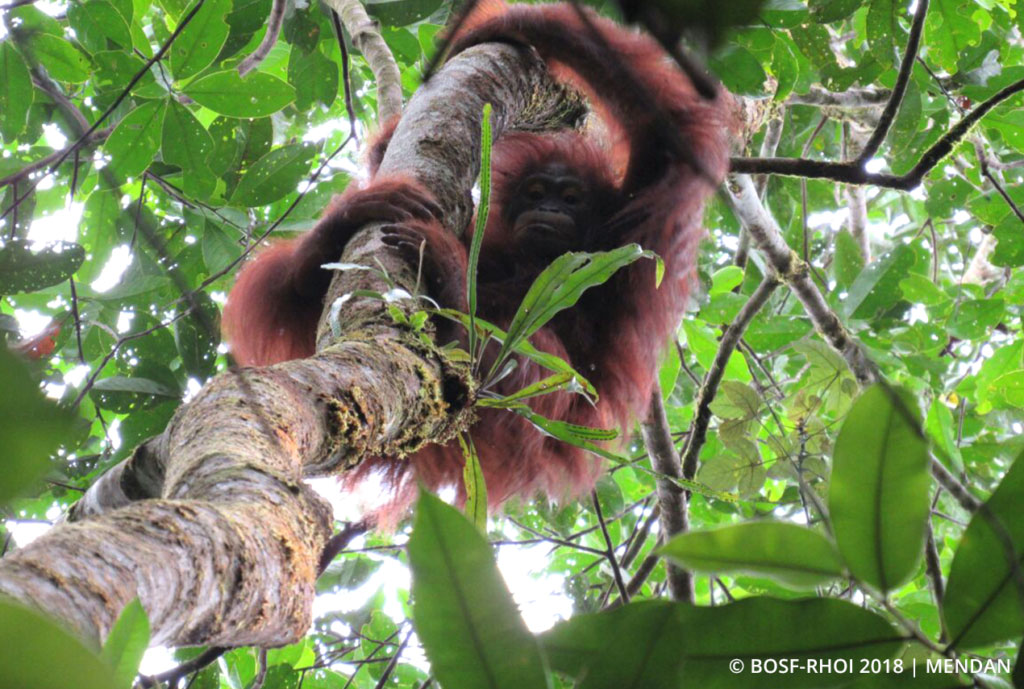 Choki quickly scales a tree after her cage is opened

During the first two days of observation, Choki didn’t roam far from the tree she had built her first nest in. She remained hidden in the thick canopy and would only pop her head out occasionally to scan the surrounding area, then retreat again. It was a very long game of hide-and-seek!

By the third day of observation, Choki must have decided it was time for her to explore. Starting early in the morning, she actively moved from one tree to another and foraged for a wide variety of forest food; including Shorea, Syzygium, Lithocarpus, Vitex, Garcinia, and lianas. She was quite happy to continue exploring her environment, forcing our surprised PRM team to be quick on their feet.

A huge downpour fell from the sky just before evening, as Choki was preparing her night nest. Night set in fast, and the darkness made it difficult for the team to continue observing her movements. The team decided to head back to camp and deliver Choki’s data.

See you again soon for another game of hide-and-seek, dear Choki! {:(|}