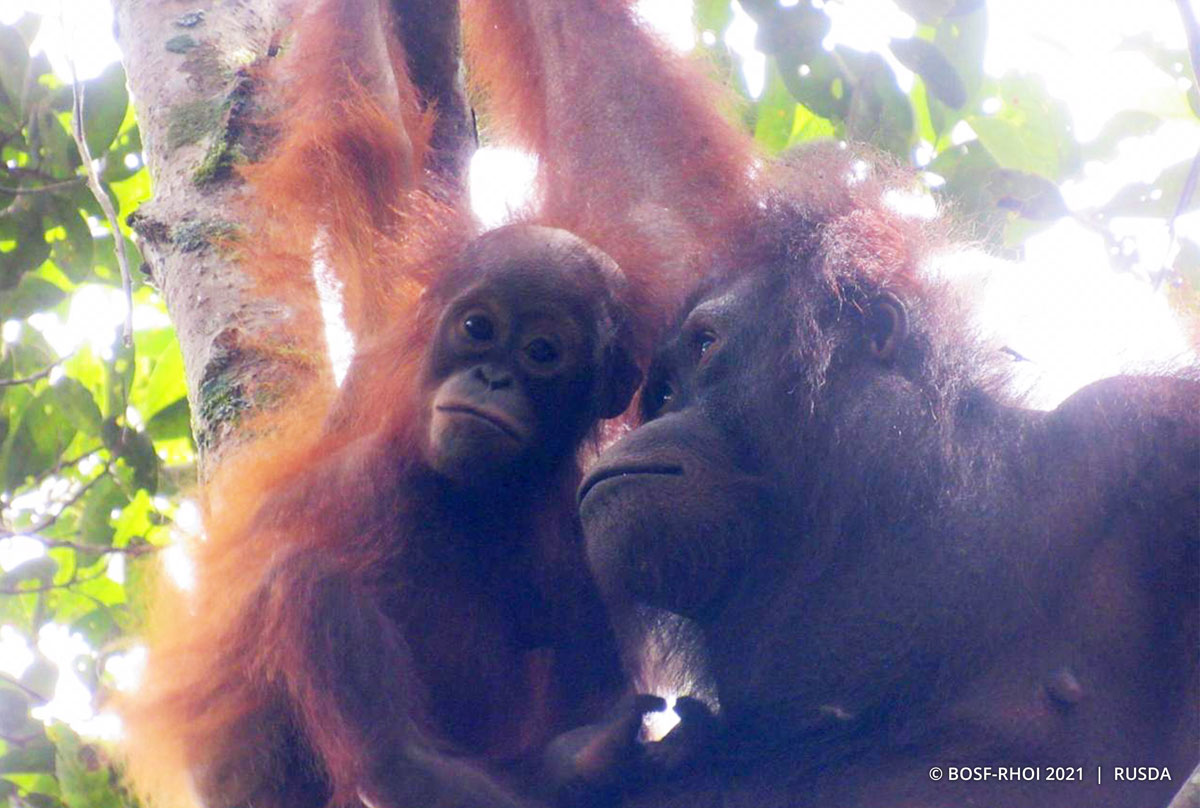 During the team’s observations, Padma never left Sayang’s arms. This is natural for orangutans her age, as orangutan offspring live with their mothers for the first 7-9 years of their lives, before they start to establish their independence. It is during this period that young orangutans learn all the skills they will need to survive in the wild.

While the PRM team observed Padma and Sayang, they also encountered Lesan and her daughter, Ayu, who is two years older than Padma. Upon spotting small Padma, Ayu tried to get Padma to dangle and move around the trees with her, but Padma stayed hidden under mother Sayang’s arm.

Ayu, who was curious and wanted to play, did not give up as she approached Padma repeatedly. But young Padma was extremely shy and reluctant to leave her mother’s embrace. A persistent Ayu hung upside down on lianas, as though demonstrating to Padma the fun she could be having if she came out to play. But Padma didn’t seem interested, and simply would not budge. 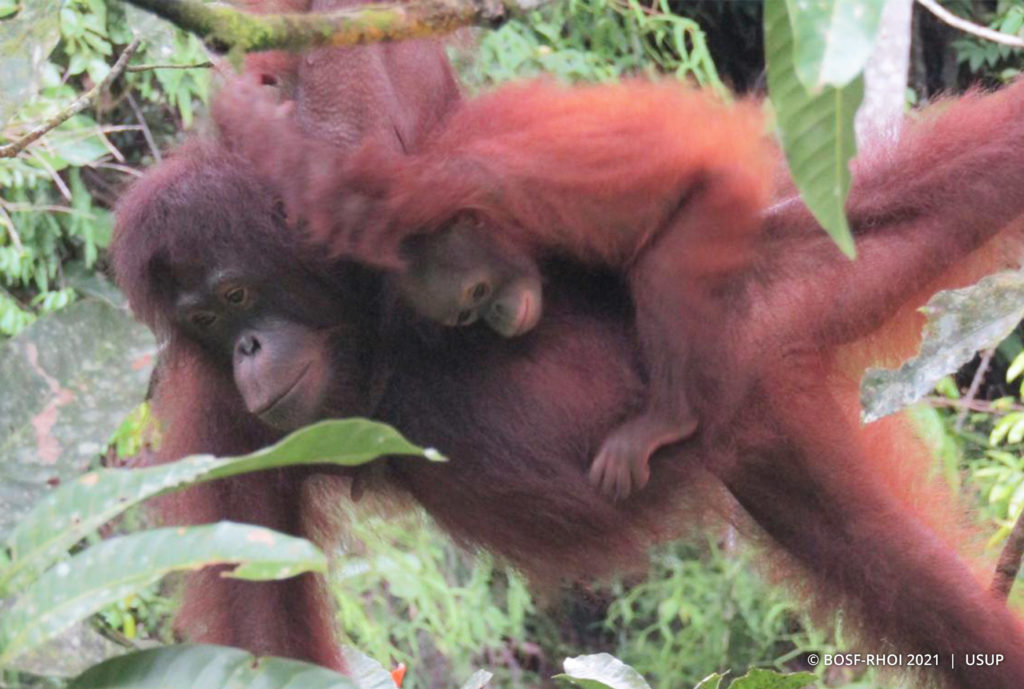 Throughout the observations, Ayu continued to present friendly behaviours towards Padma. We hope that Padma will warm to Ayu’s offers of play and, in time, learn how to interact with other young orangutans.