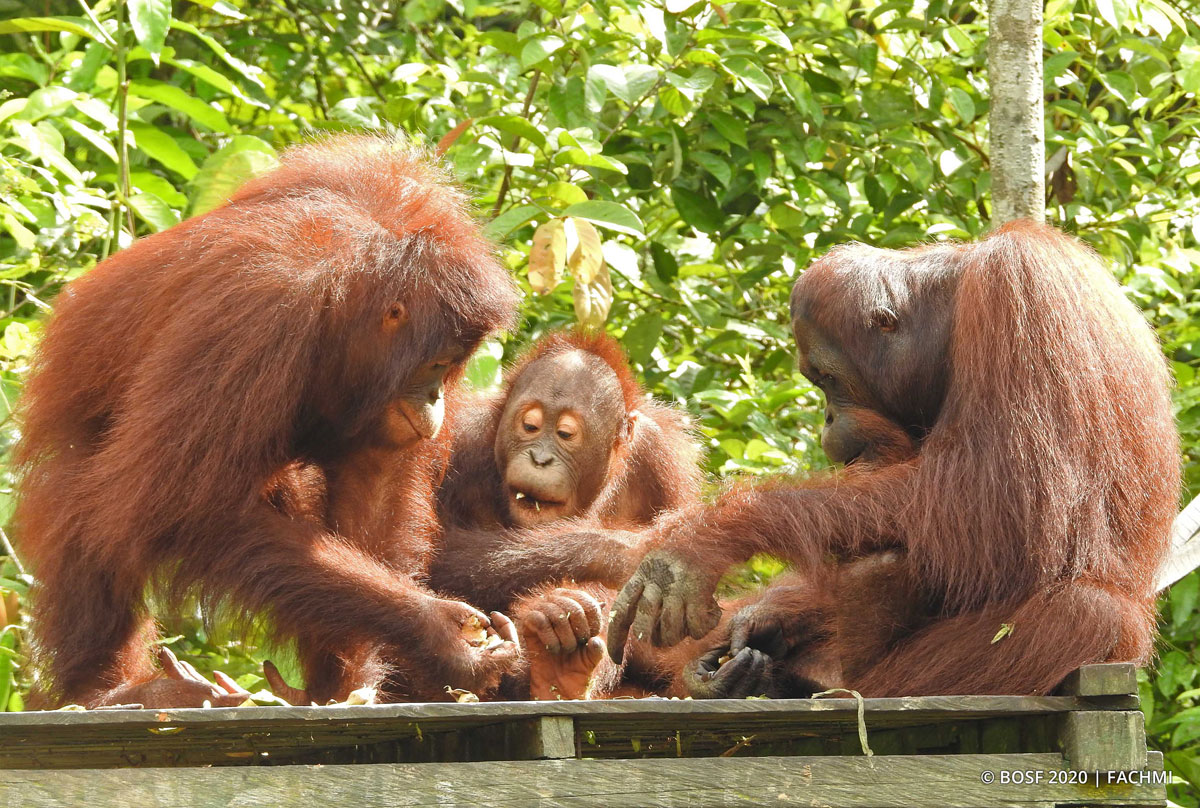 August 5, 2020 — Early in 2019, the orangutans on Pre-Release Island #8 at the Samboja Lestari Orangutan Rehabilitation Center, East Kalimantan, had to be temporarily relocated so technician's could fix an area of the island affected by a landslide. After several weeks of construction work, the island was again ready to accommodate orangutans.

One by one, ready orangutans from Samboja Lestari’s most advanced group, Forest School 2, were moved to the island. Elaine was the first orangutan to be moved, followed by Kola-Kola and Yordanka two months later, in October.

Yordanka had actually been moved directly from Forest School 1, after making extraordinary progress and displaying the skills required to live independently on a pre-release island. The three adjusted quickly to their new environment and spent a lot of time together.

Noting this positive development, the team then decided that the island was ready to accommodate more orangutans who were entering the final stage of rehabilitation. Sally, Leann, Andreas, Anggoro, Anthony, and Riana were also selected to be moved to the island, in the hope that they would share knowledge and learn from one another. 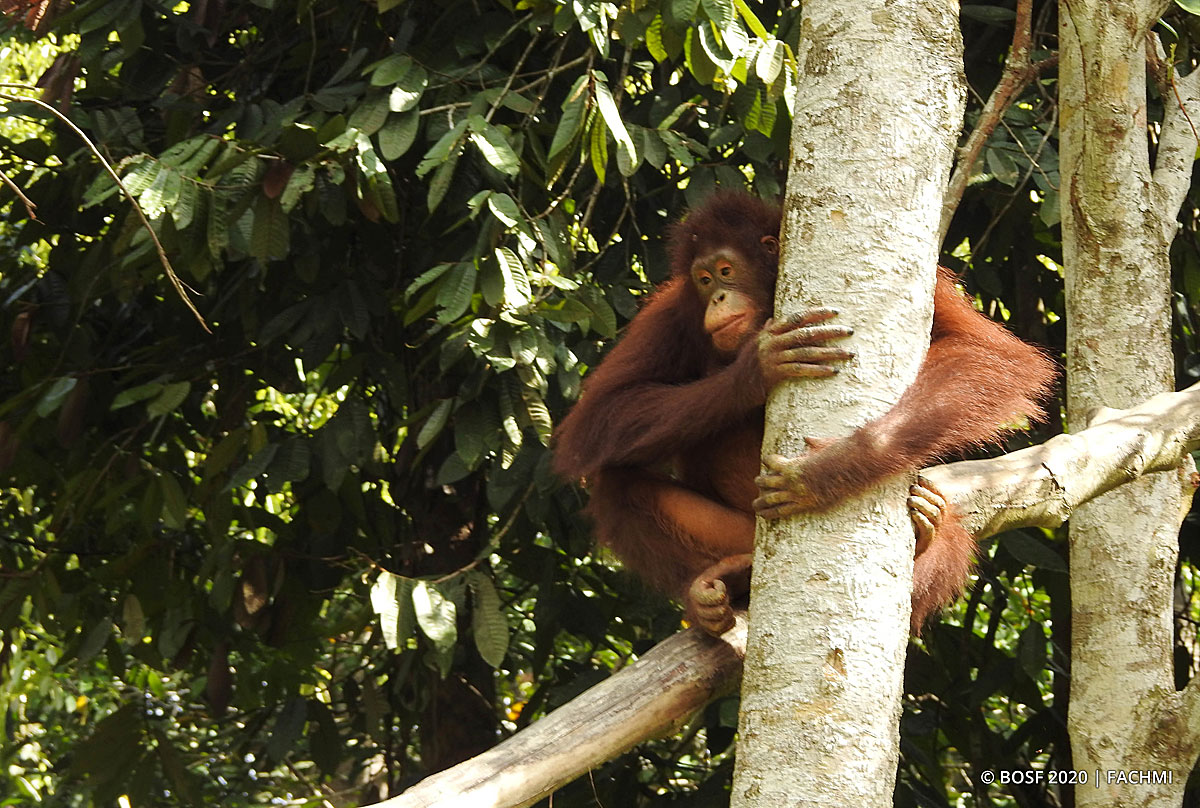 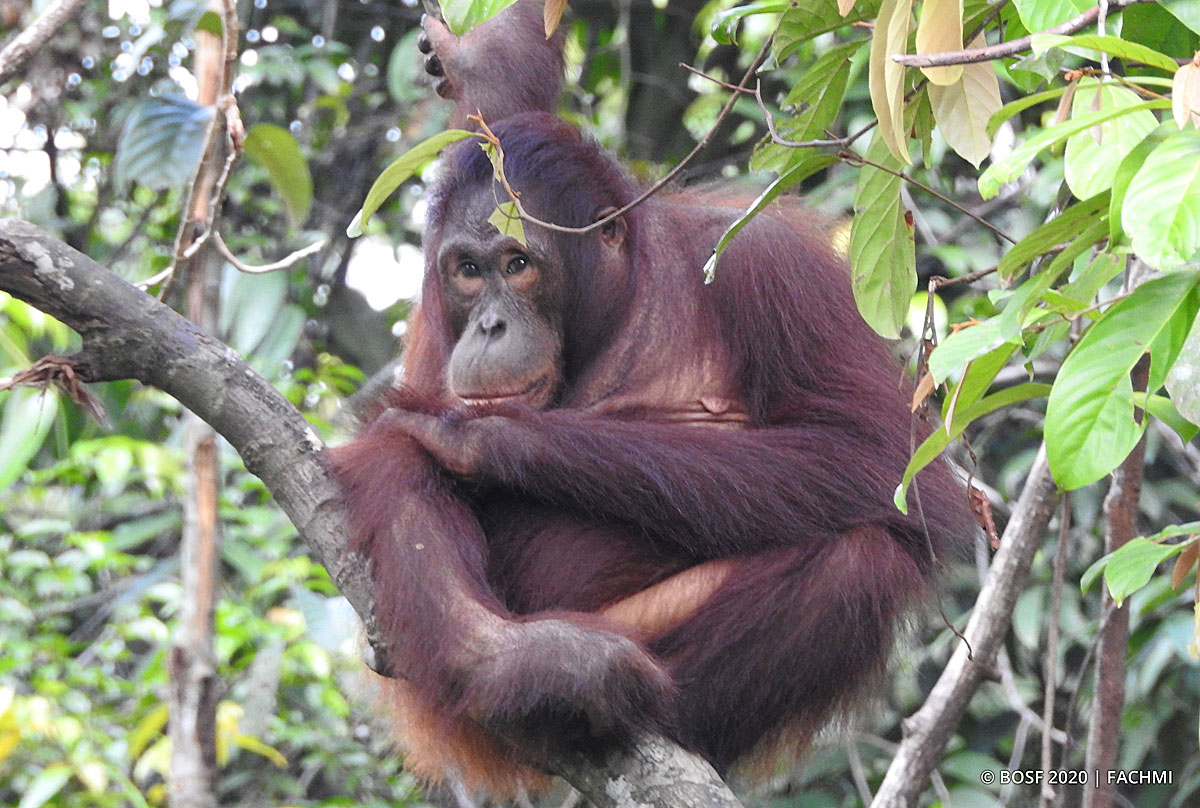 Island #8 is now home to nine orangutans, each with their own individual characteristics. Their differences, however, have not created fierce competition or quarrels. This is likely due to the fact most of them know each other from their time in Forest School. The technicians, who are responsible for distributing additional food to the island and observing the orangutan inhabitants, say that the 3-hectare island is now alive with activity! 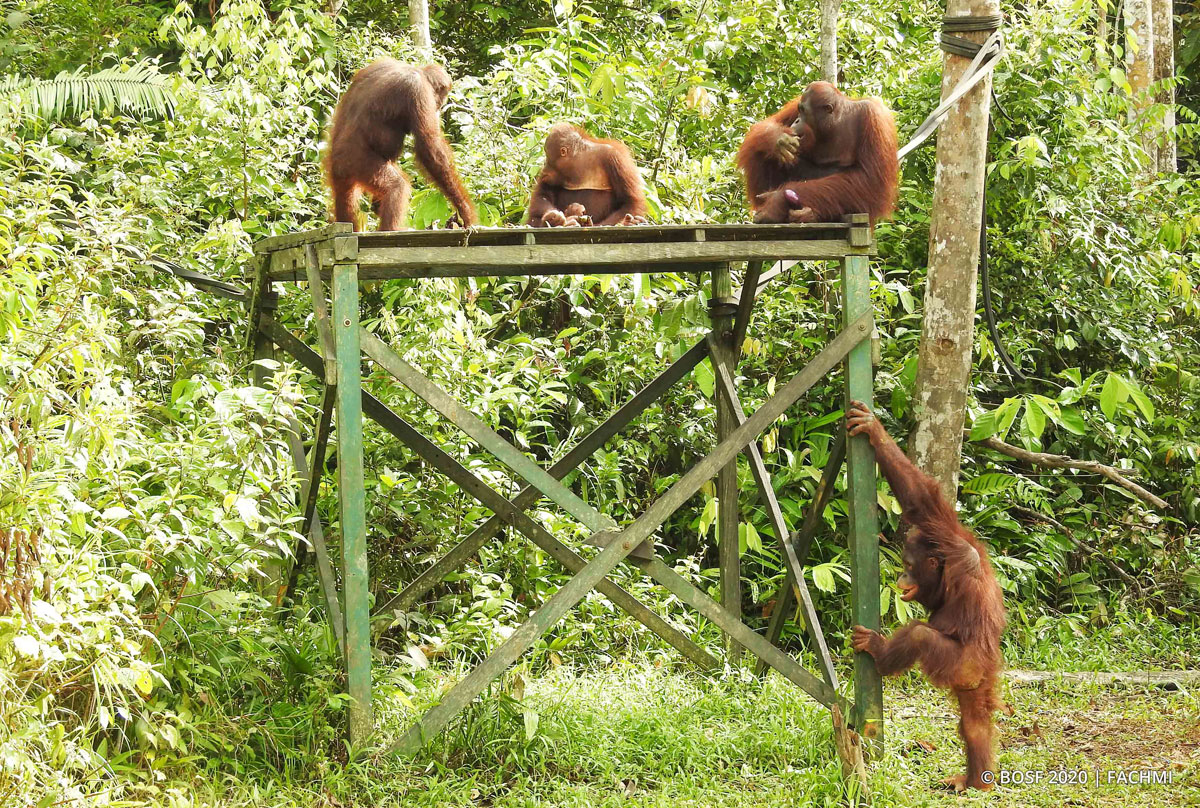 In light of the global pandemic, BOS has currently suspended all orangutan release activities. This situation, on the other hand, is giving the orangutans on the pre-release islands more time and opportunities to perfect their survival skills, before being released back to their true home: the forest.