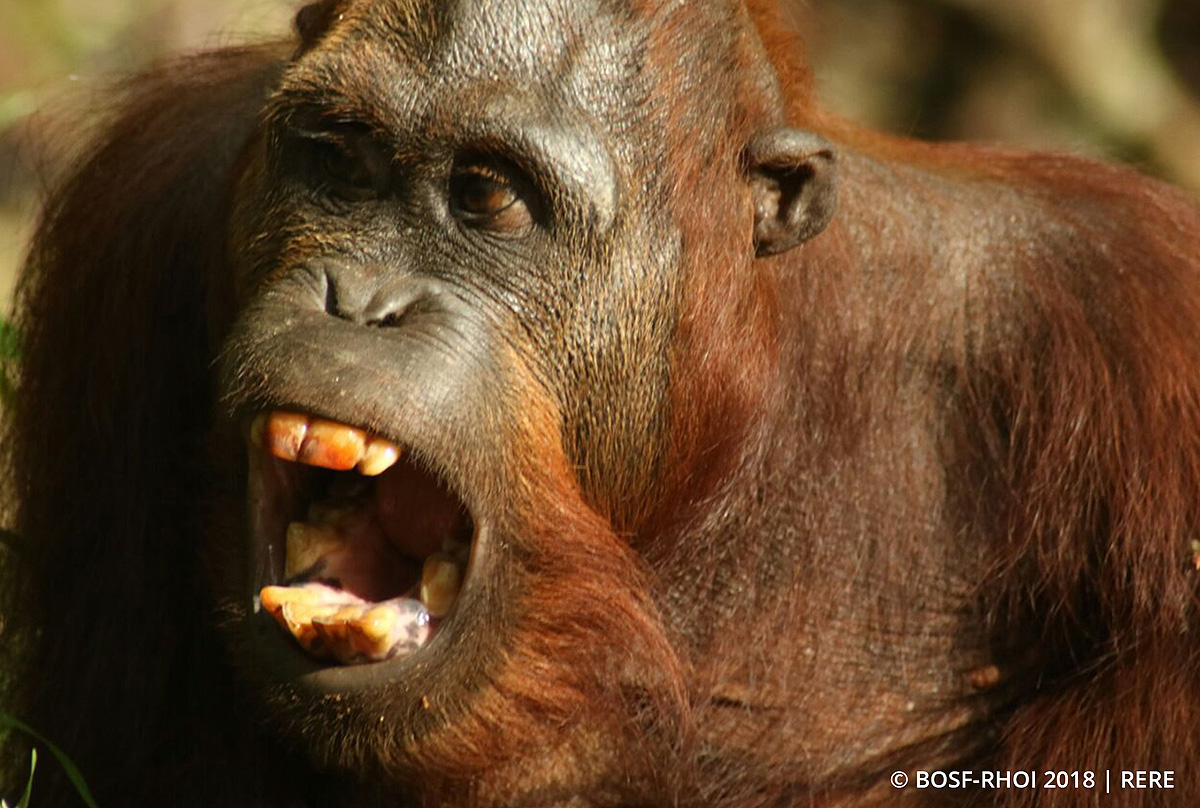 May 31, 2018 — Our PRM team from Nles Mamse Camp recently set off on a cold morning down the Telen River to conduct observations on Totti, one of six orangutans released to the Kehje Sewen Forest at the beginning of May. In the early morning light, the Kehje Sewen’s unique biodiversity was on display for the team members making their way downstream by boat; several kinds of birds could be seen darting here and there, gibbons were dangling from the trees, and deer peeked shyly from behind the bushes.

The team had reached Totti’s nest by around 5.30 a.m., and found him still comfortably tucked in. It wasn’t too long, however, before he rose and moved to the nearest ficus tree to enjoy a breakfast of ripe ficus fruits in the warmth of the morning sun.

Not satisfied with just ficus fruits, Totti headed up into the canopy to look for other food sources, such as liana, melastoma, and syzygium. As always, Totti opted to remain close to the river bank area as he foraged for forest delights. 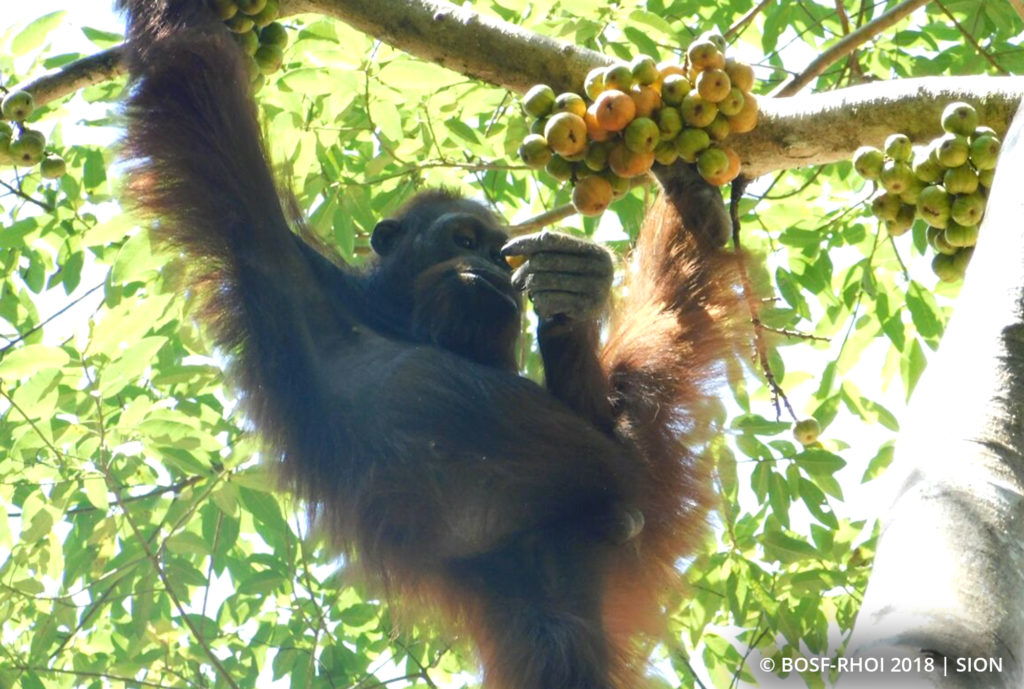 Interestingly, that day’s observations revealed something different about Totti: where once he would explore deep into the forest following a meal, he now seemed content to just sit in a tree and stare at the river. He wasn’t even bothered by the team watching him from several meters away, nor did he pay attention to the cracking sounds coming from the bushes the team was hiding behind. He seemed completely at ease in the serenity of the forest.

Totti stayed nearby the river throughout observations and didn’t appear to want to move away. The team left him to enjoy his surroundings and made note that the river bank was the place to go in search of Totti next time. 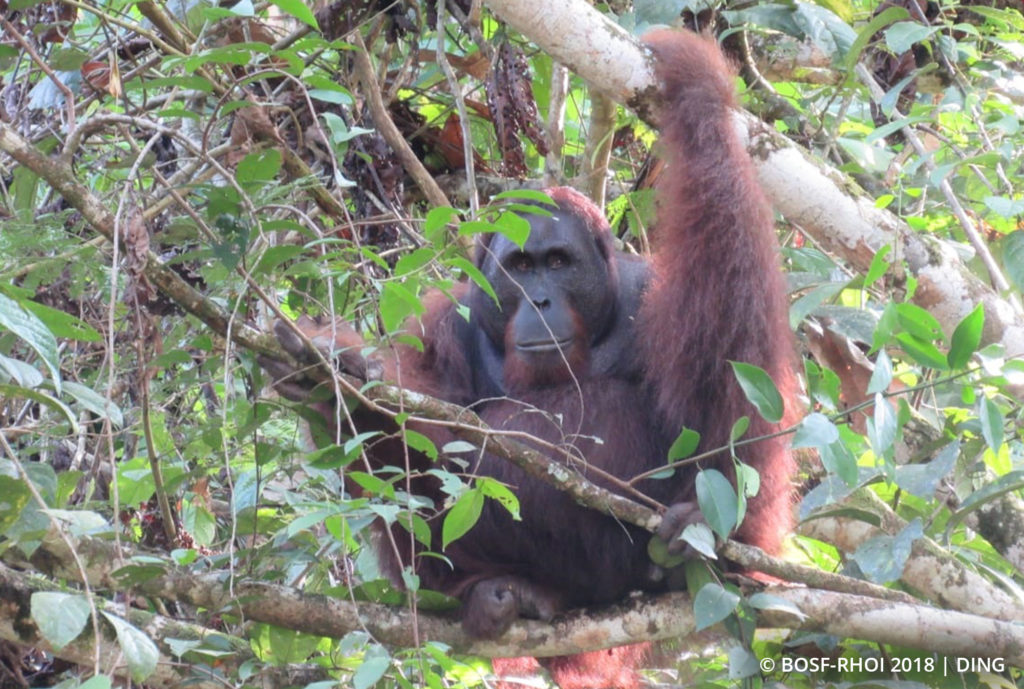 Meanwhile, a second PRM group from the same camp caught up with Agus, a male who was released in October 2013. After detecting the team’s presence, Agus quickly halted his activities and began to kiss-squeak, voicing his displeasure at this rude interruption to his perfectly peaceful day.

Our PRM team retreated cautiously and move away to observe him from a safe distance. The afternoon brought unfavourable weather and the sky quickly turned dark, making it difficult to continue observations. Before heading back to camp, the team took Agus’ GPS location, and tried to note down as much behavioural data as possible to help determine his movement patterns in the forest. The team retreated, and left Agus alone to enjoy the peace and quiet of his beautiful forest home.