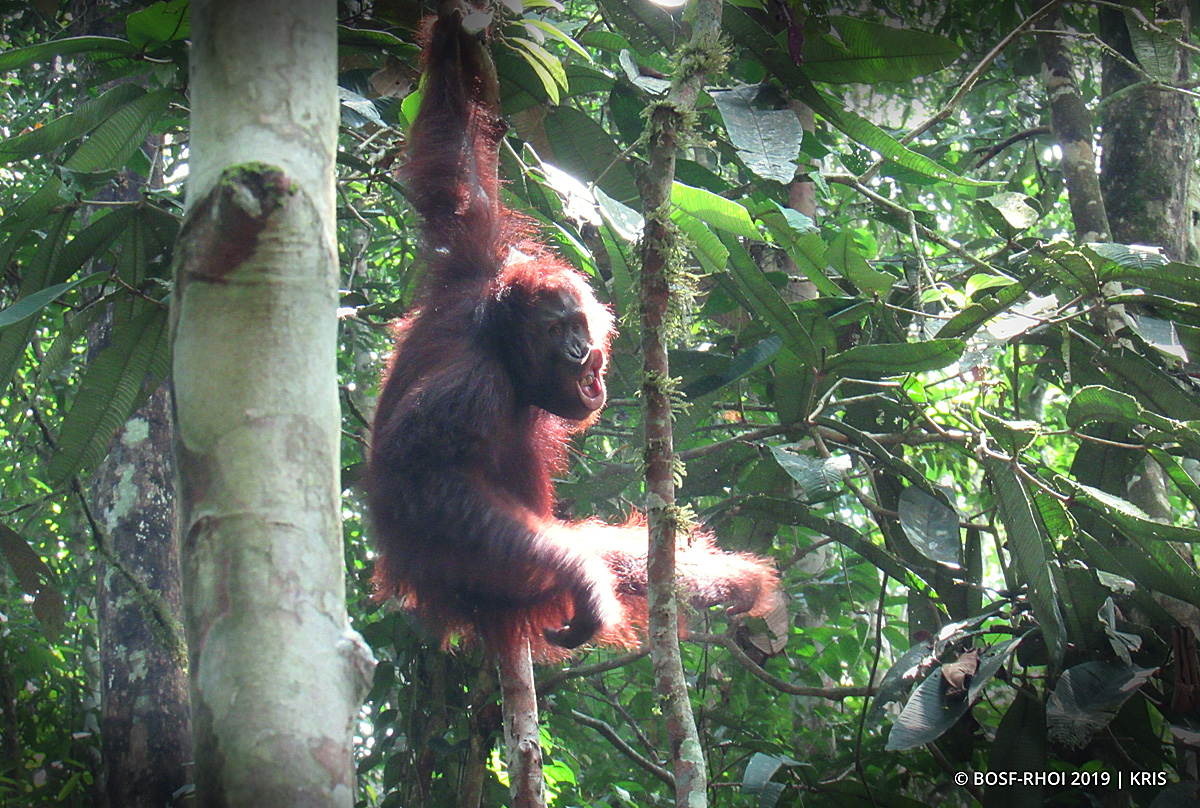 Dec 5, 2019 — As the year winds down, the BOS Post-Release Monitoring (PRM) team in the Kehje Sewen Forest remains committed to an extremely busy schedule. Since June, we have had our hands full with consecutive orangutan releases, which have come to a close for 2019 on 14 November. Thanks to this huge effort, 21 orangutans have been released this year and have begun their lives anew as they live wild and free in the Kehje Sewen Forest.

But the presence of these newly-released orangutans does not mean that we, the PRM team, forget the old ‘residents’ of the forest. We continue to conduct daily patrols to monitor those orangutans from previous releases, and recently bumped into several of them after setting off from the Nles Mamse Camp. It is always satisfying to see old faces every once in a while!

On this particular day, we took off rather early to patrol in an area we refer to as ‘exa’ – a place where we previously created a transect using our small excavator – about half an hour’s walk from camp. It wasn’t long before we spotted Raymond, a male released in May 2016, brachiating through the forest canopy, and we quickly started to follow him to record behavioural data. During the first hour, he was observed moving around the trees and eating liana bark. 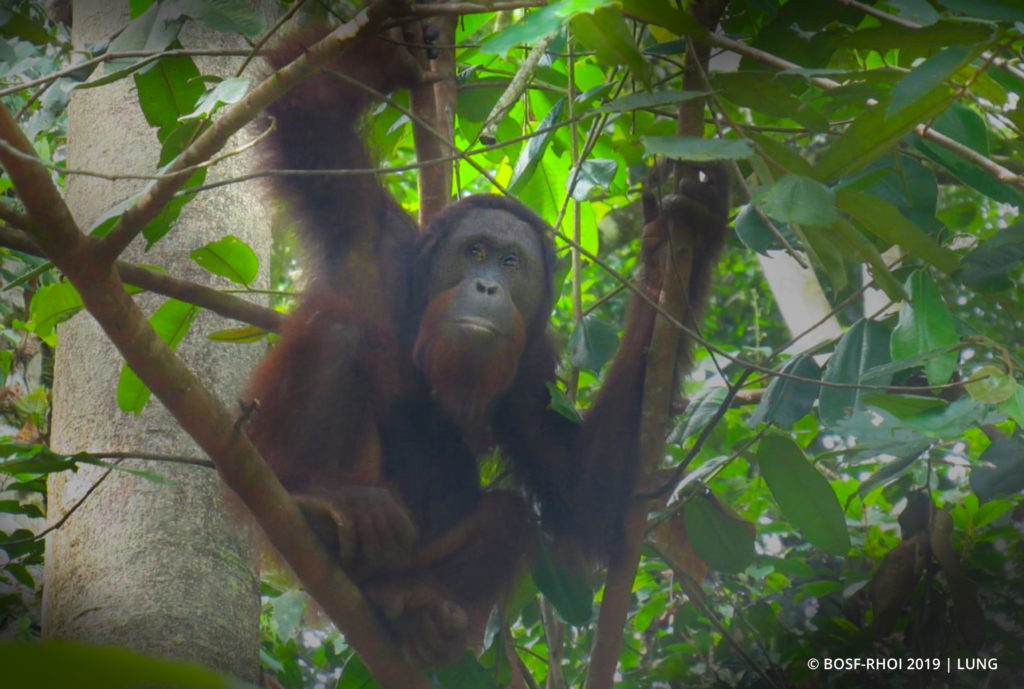 Shortly after this, we were surprised to notice movements once again nearby; Agus and Mori surfaced from the thick canopy and began to approach Raymond. Agus, a male released in 2013, and Mori, a female we released in July this year, appeared to have formed a relationship. Raymond, who was busy eating, quickly became alert, and his hair rose as his body was coated with goose bumps. But the tension quickly dissipated as the three orangutans quietly ate together. 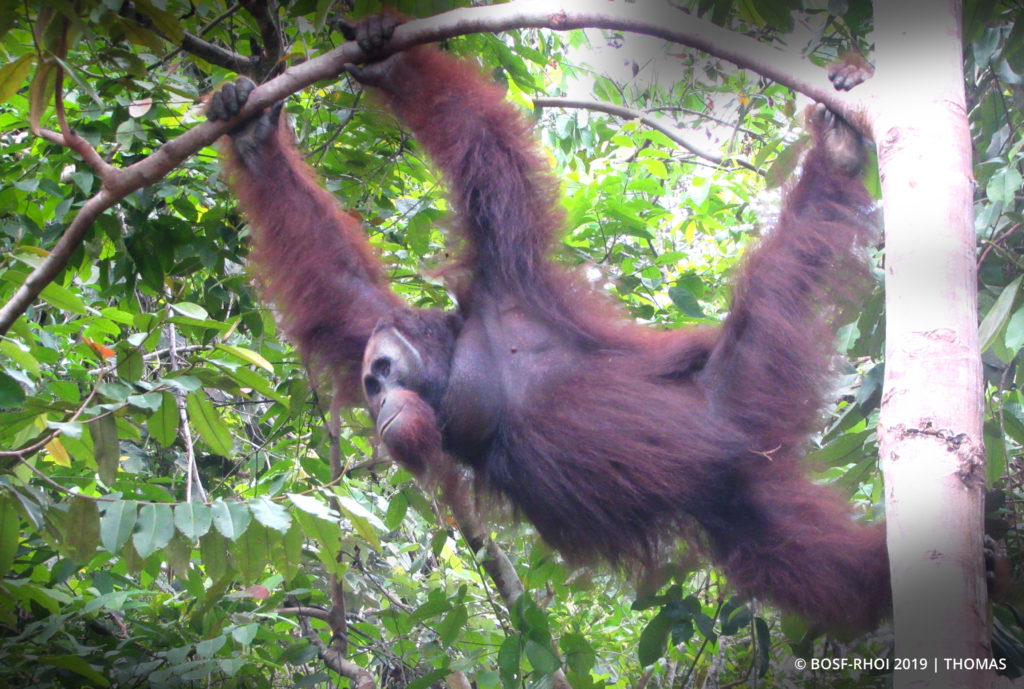 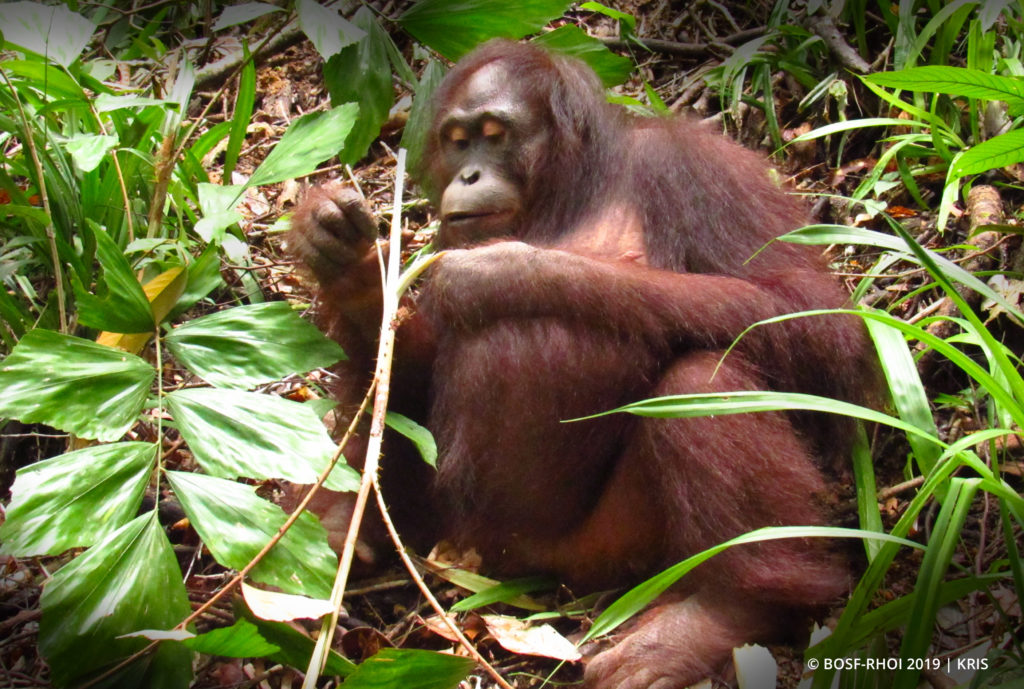 Less than an hour later, another orangutan arrived to join the trio! However, this individual’s approach was stealthier than the others, going wholly unnoticed until she was upon the group. We later identified her as Maureen, a female we released on 13 July 2017. Incredibly active and long unobserved, Maureen looked more agile and healthy than ever before! This was a clear indicator that she had readily adapted to life in the Kehje Sewen Forest.

We also noted and appreciated Maureen’s courage. Even as the youngest of the four, at only nine years of age, she was completely unfazed by the others and seemed quite friendly toward them. 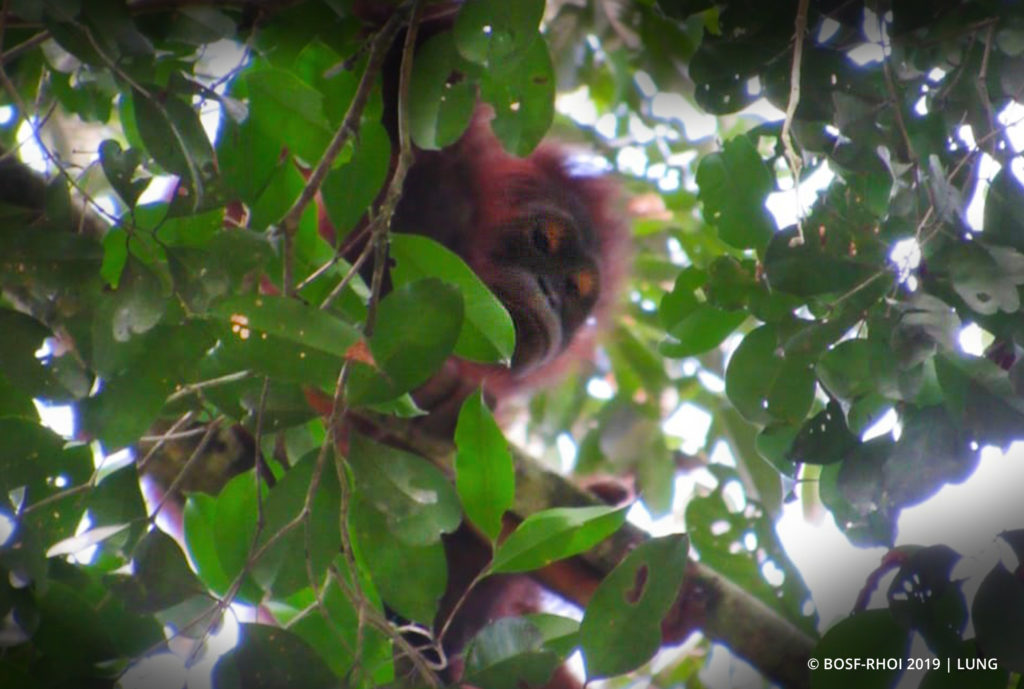 After four long hours of observation on this group of orangutans, we decided to leave them in peace. When we headed back to the camp, they were still sitting together, thoroughly enjoying their forest smorgasbord.

That day’s observations confirmed that these four orangutans were in good health and had adapted well to life in the wild. We love seeing their progress, and hope that all the other orangutans released in the Kehje Sewen Forest feel at home, just like them!