June 12, 2017— Ung is one of six orangutans released by the Borneo Orangutan Survival Foundation into the Kehje Sewen Forest on April 26. Due to her speed, agility, and wide range, our Post-Release Monitoring team had lost her track after the first three days of monitoring following her release. However, the team persisted in locating her to ensure she is thriving in the forest, and recently managed to catch up with her. 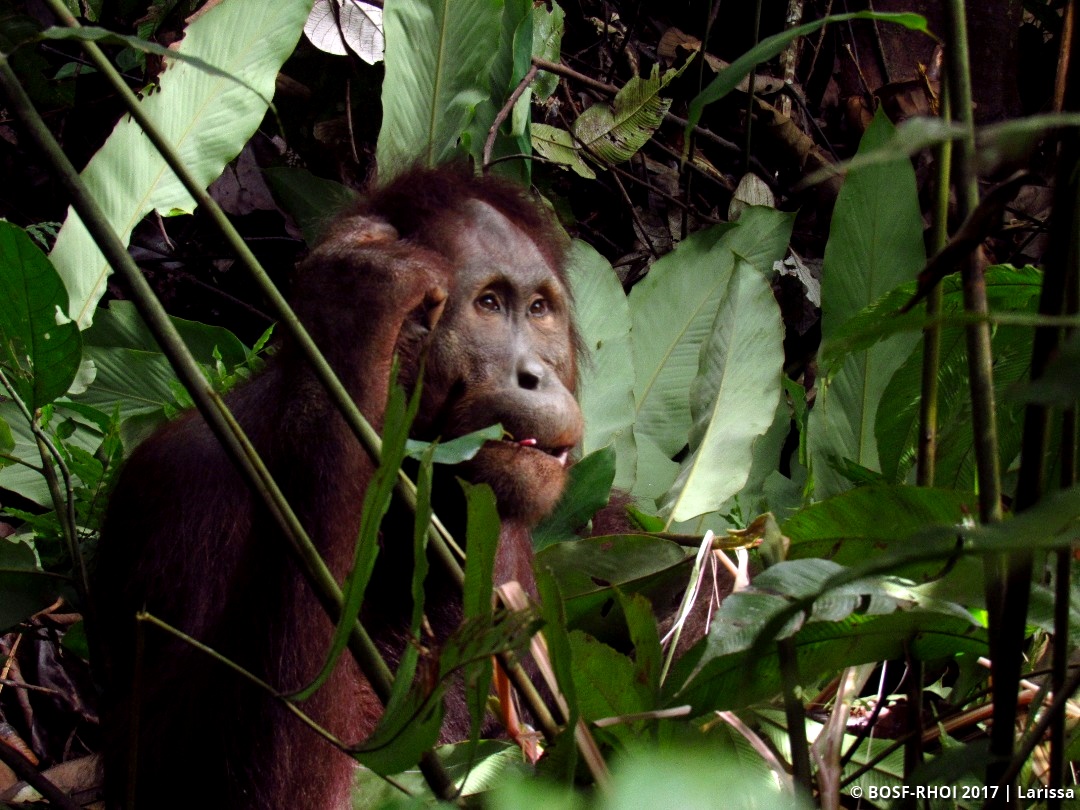 When the team finally located Ung, she was seen hanging around a wild male orangutan that had previously been spotted roaming in southern part of the Kehje Sewen Forest. The team had once observed this wild male with Ajeng, a female released in September 2015. 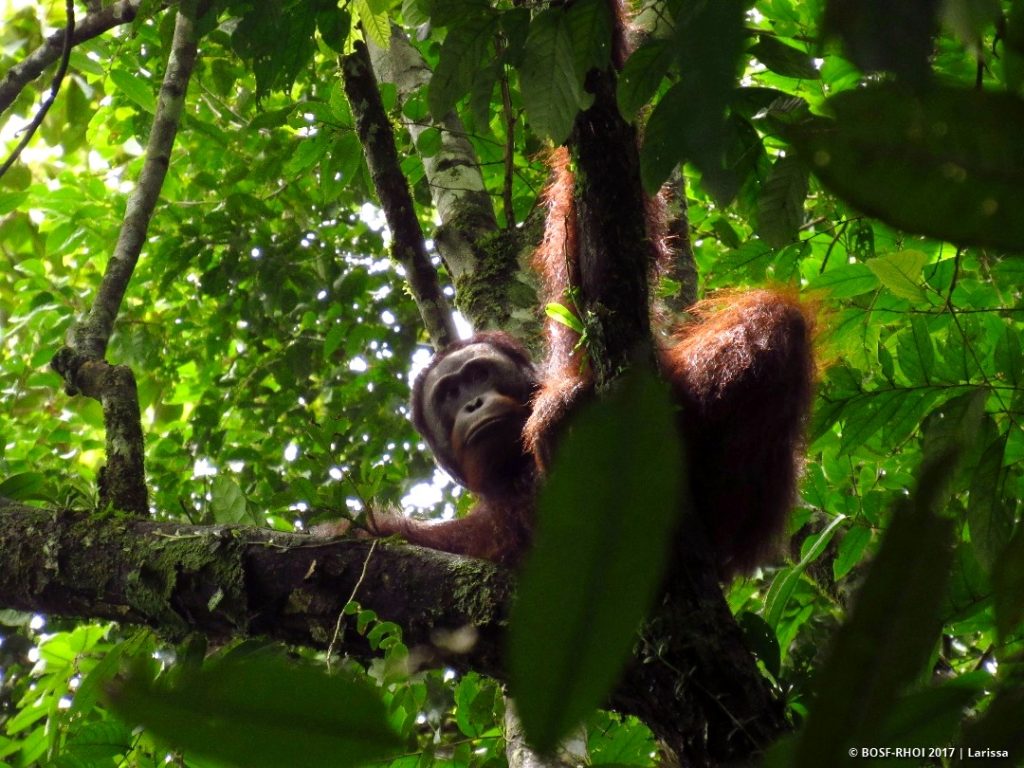 The pair seemed to be having a quiet moment together, eating fruit in the same tree. The team moved cautiously into position to observe them, for we knew this particular wild male firmly dislikedhuman presence. The last time we saw him, he had kiss-squeaked loudly, aggressively shaken a tree, and thrown branches at us. This time, however, we managed to observe him copulating with Ung without him even detecting us.

Ung appeared to be in very good condition, still moving very quickly and making it hard for us to keep pace with her over the hilly terrain of the Kehje Sewen. Ung actively ate rattan shoots and Etlingera, one of her favorite forest foods, and was seen grabbing a variety of different fruits along her way as she explored her environment. 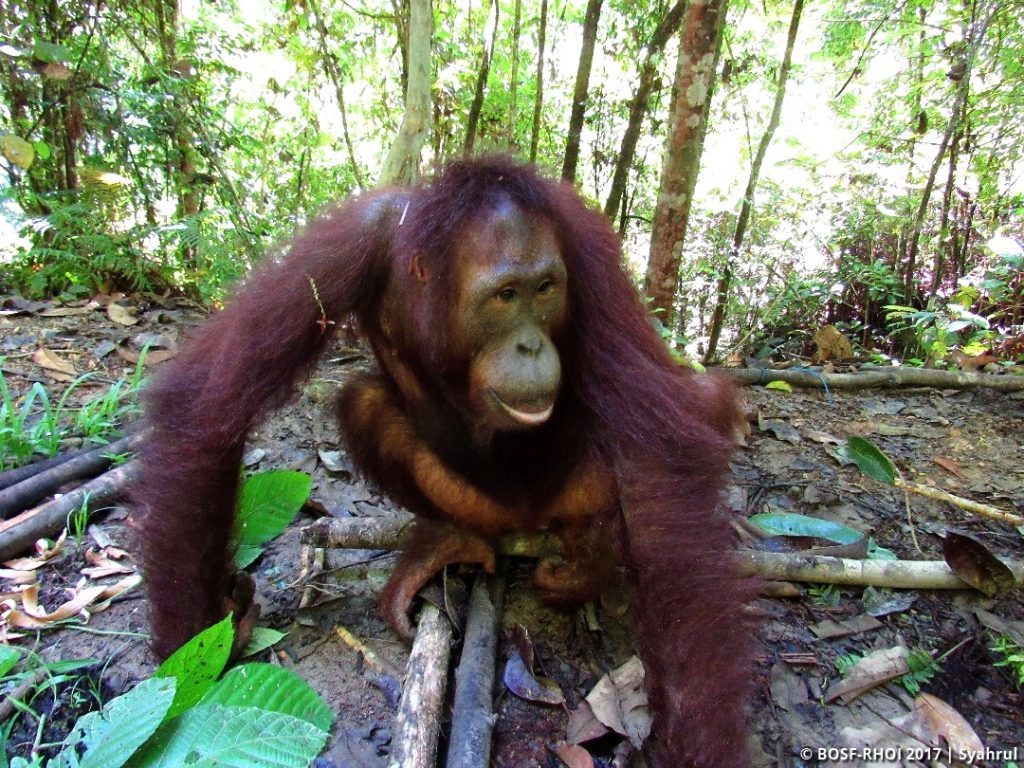 Ung climbs down to pluck shoots 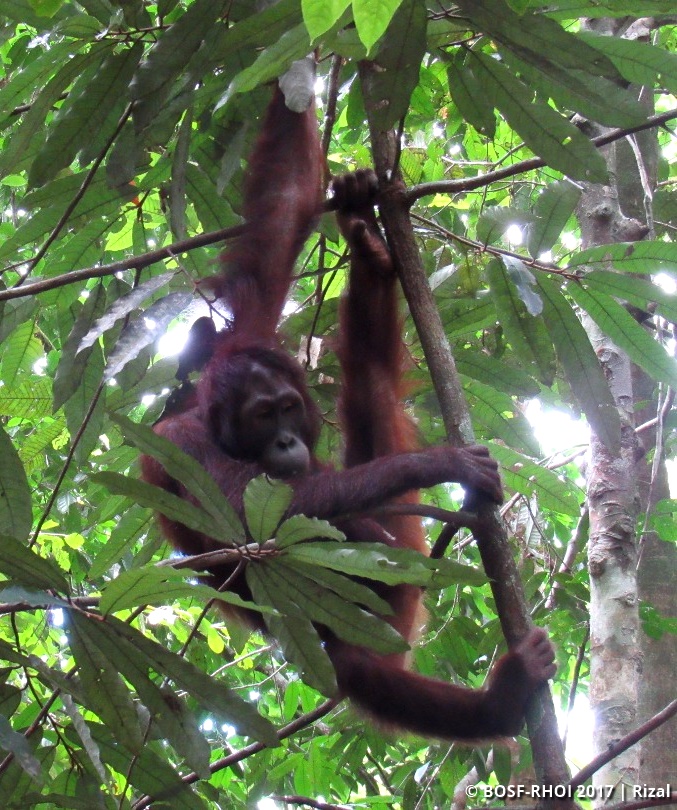 After a few hours of monitoring Ung’s movements, the rain began to fall heavily. Aware that she could move off at any moment and disappear out of sight again, the team kept a close eye on her. Ung sat quietly in a tree and sheltered herself from the rain using broad leaves. The heavy rainfall, however, prevented us from collecting sufficient data. Finally, we decided to head back to camp, hoping to catch up with Ung the very next day.