June 10, 2020 — Orangutans share 97% of the same DNA as us, and often display behaviours similar to that of humans: they socialise and even share in our common ‘enemies’. These behaviours are particularly evident in groups of orangutans, like our Forest School groups, as illustrated by an incident that occurred last year.

One day, the orangutans from Forest School Group 5 were undertaking different activities in two separate clusters. One group was enjoying time in the canopy, whilst the other was spending time on the shady forest floor. The group on the forest floor seemed preoccupied with something on the ground and were jumping around it. A closer look confirmed they were not jumping for joy, but rather, in distress. 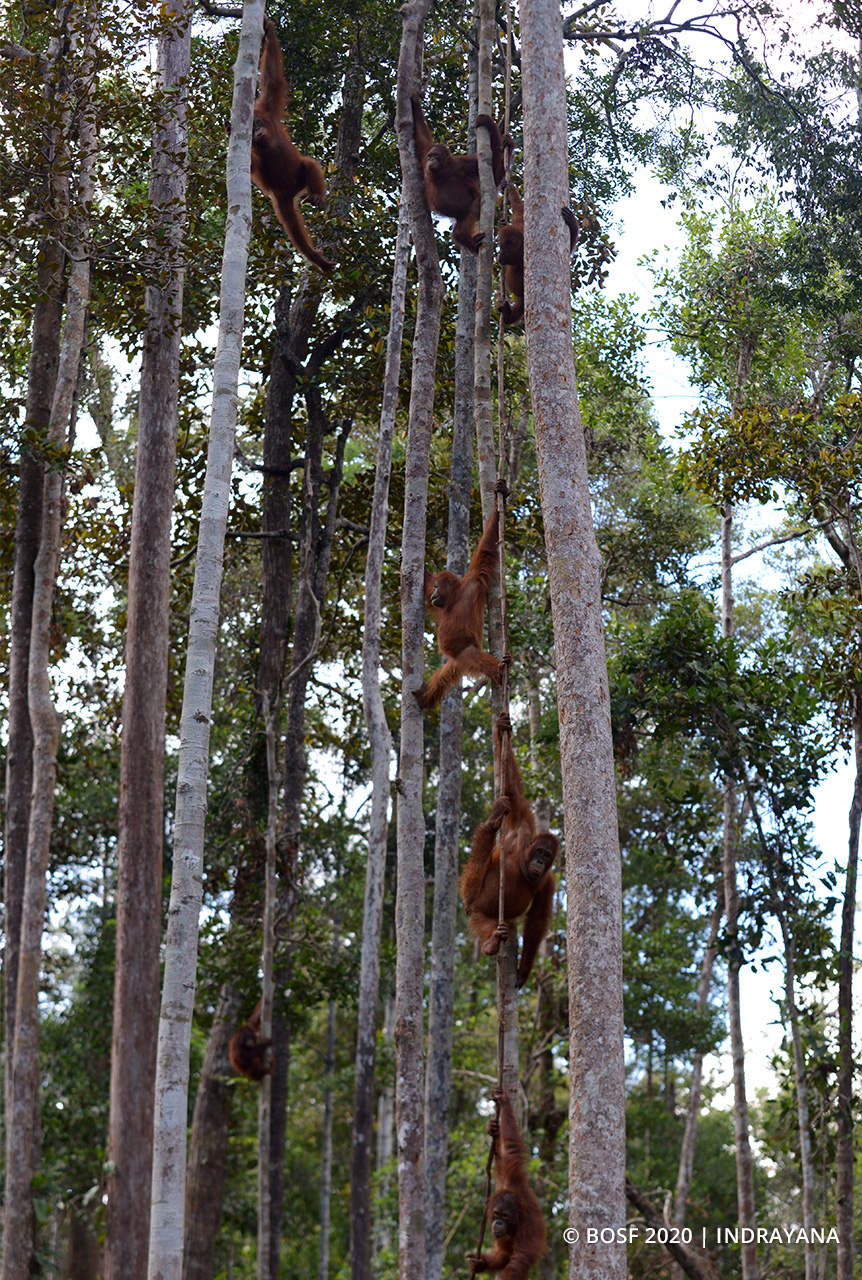 Meryl, Hanin, Valentino, and Angkasa were displaying some very unusual behaviour: Meryl was stomping on the forest floor and Angkasa, who had attempted to climb up a tree, jumped back down to the ground near Meryl. Valentino, meanwhile, was repeatedly hitting a stick on the ground, and Hanin was scratching all over her body. 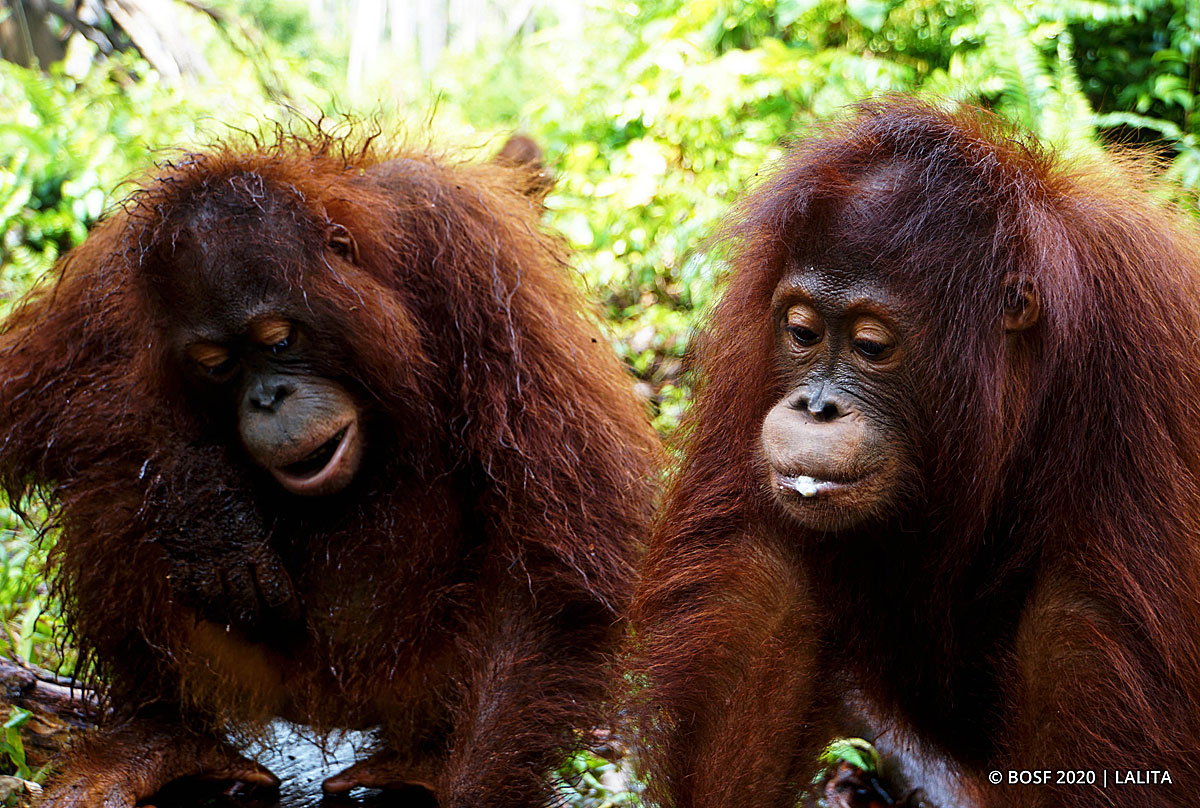 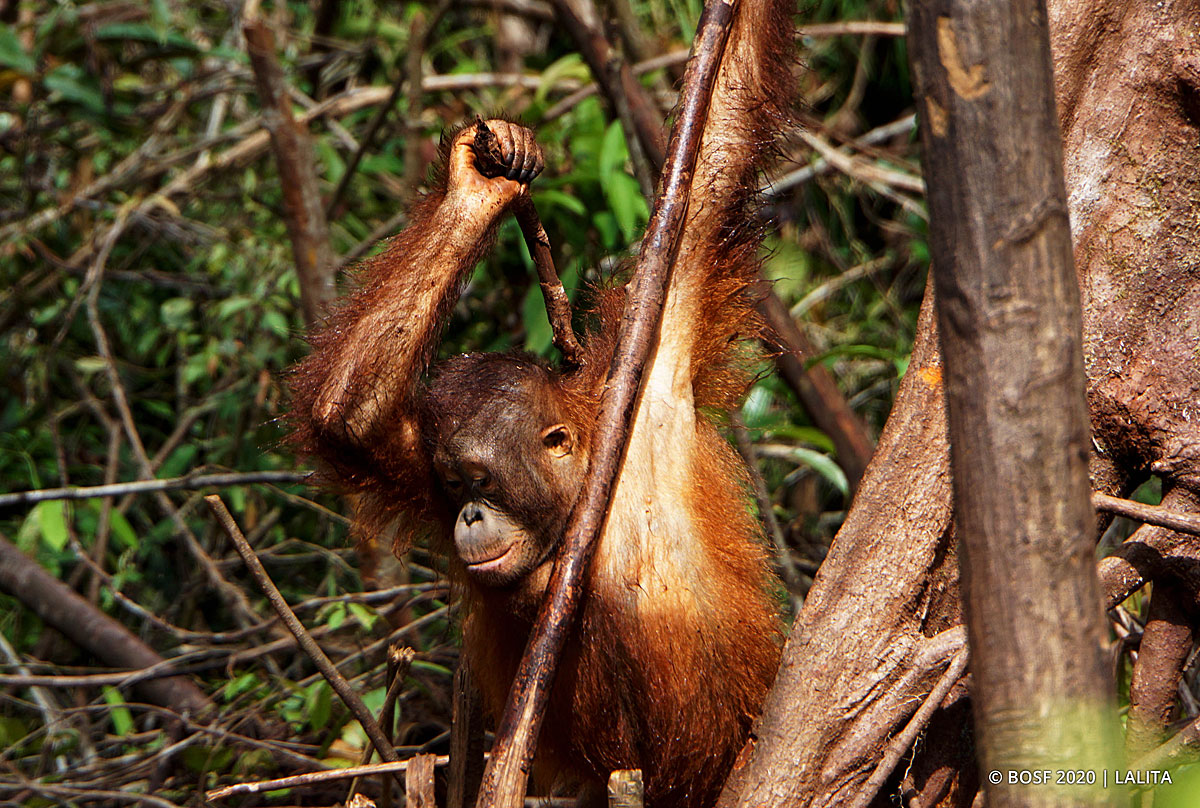 When one of our surrogate mothers approached the disturbed group, she found that the orangutans were being attacked by a colony of Bornean fire ants, commonly known as katikih or salimbada. The name ‘fire ants’ is not without good reason; their bite is incredibly painful, and packs more of a punch than that of a red ant. No wonder these orangutans were antsy!

Bornean fire ants crawl around the forest floor as they migrate to new nests or forage. In this case, it appeared that the orangutans had been playing in close proximity to a fire ant nest, and the aggressive insects had worked together to attack their giant intruders.

When Meryl and her peers were unable to not rid themselves of the swarming colony, our surrogate mothers decided to step in and help the orangutans under attack, leading them to another area to play. 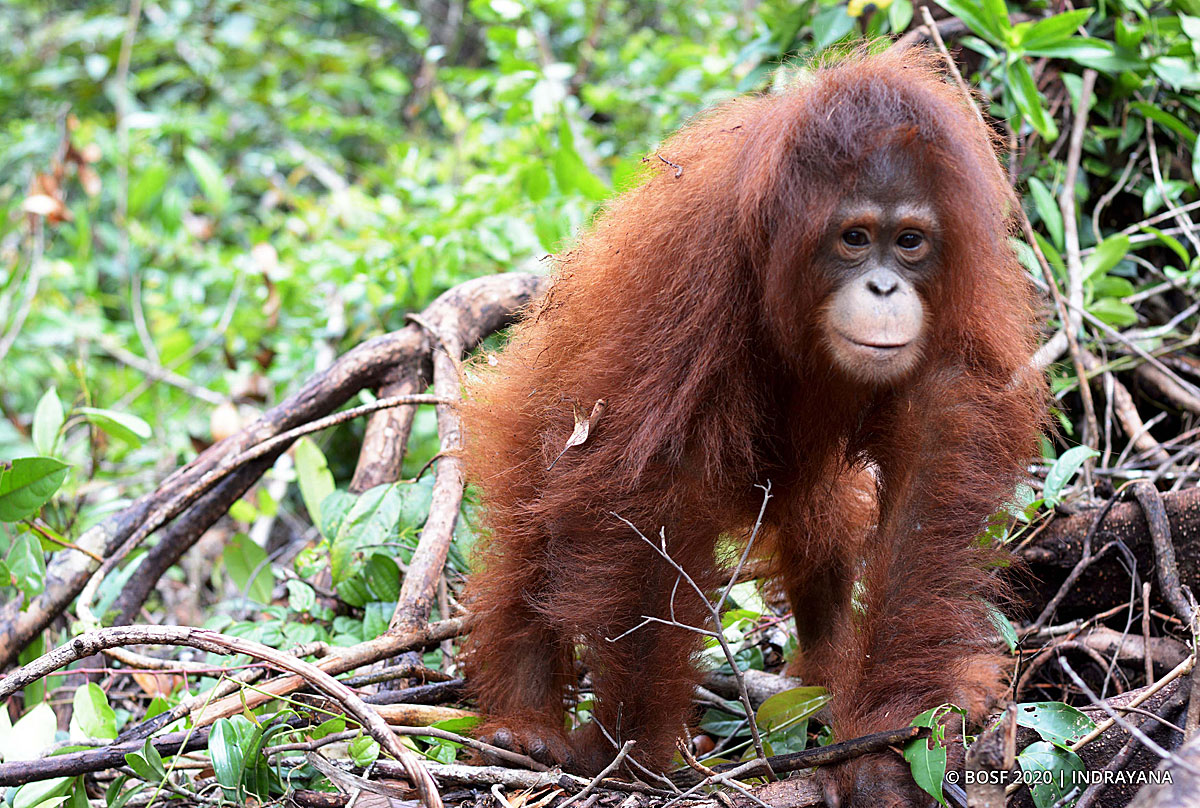 Ants might be one of the smallest creatures in the forest, but they are also one of the mightiest! Their bites can sharply sting and their ability to attack much larger animals should not be underestimated. It is good to know when it is time to retreat for one’s own safety – right, kids?