BOSF Orangutan Releases: Berani, Living Up to His Name, Grows Braver by the Day! 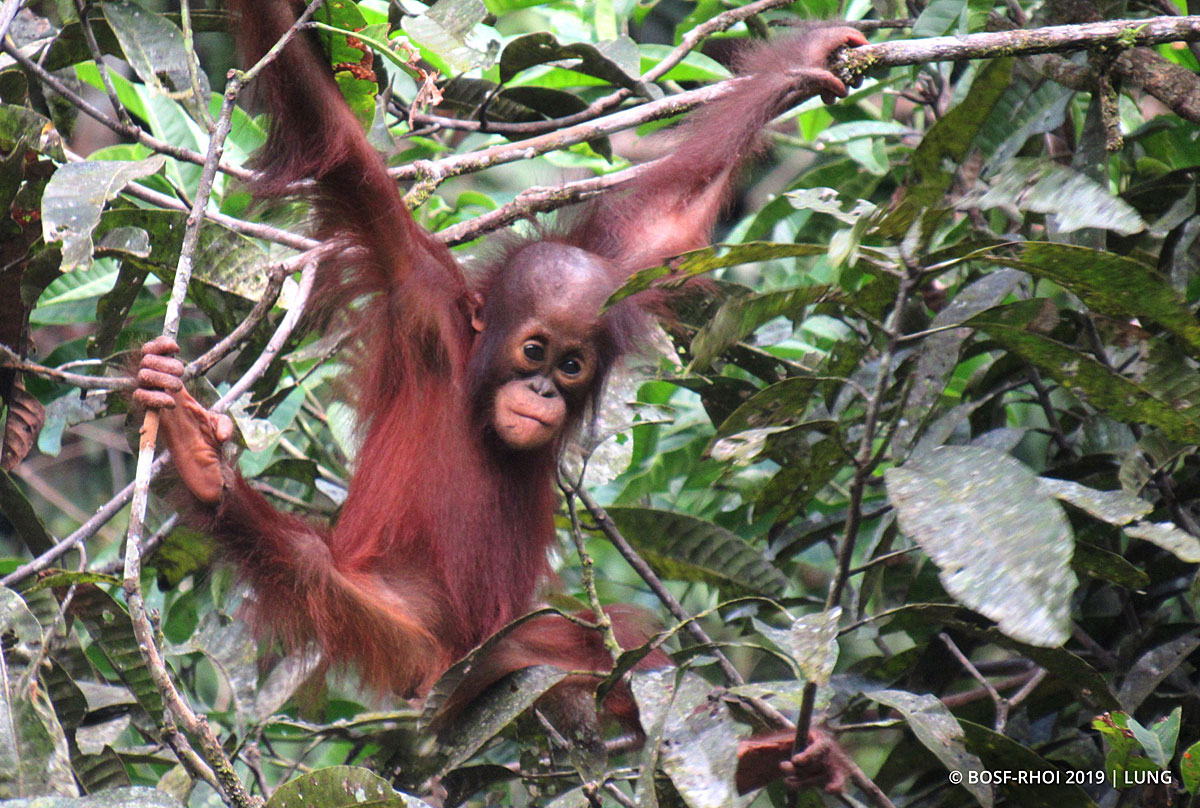 September 24, 2019 — It was a beautiful Saturday morning when our Post-Release Monitoring (PRM) team from Lesik Camp, located in the northern part of the Kehje Sewen Forest in East Kalimantan, started to conduct their routine patrols to track released orangutans. The search by our PRM teams is aided by radio signals, which helps them to locate the released orangutans. After which, the team can observe and take notes on their development and how they have adapted to life in the wild.

On this particular morning, our PRM team members headed in the direction of the Gunung Belah area, stopping every 100 meters on their hike through the transect to check for orangutan signals on the telemetry radio system.

While traveling toward an old habituation cage, the team picked up the trail of an orangutan, in the form of a strong odor, indicative of fresh orangutan urine. The team pressed forward, and quickly spotted movement near a small river. While carefully investigating the surrounding area, the team found mother-infant pair Teresa and Berani! Both mother and son appeared to be a bit wet, leading the team to speculate that the pair had just finished drinking water from the river. 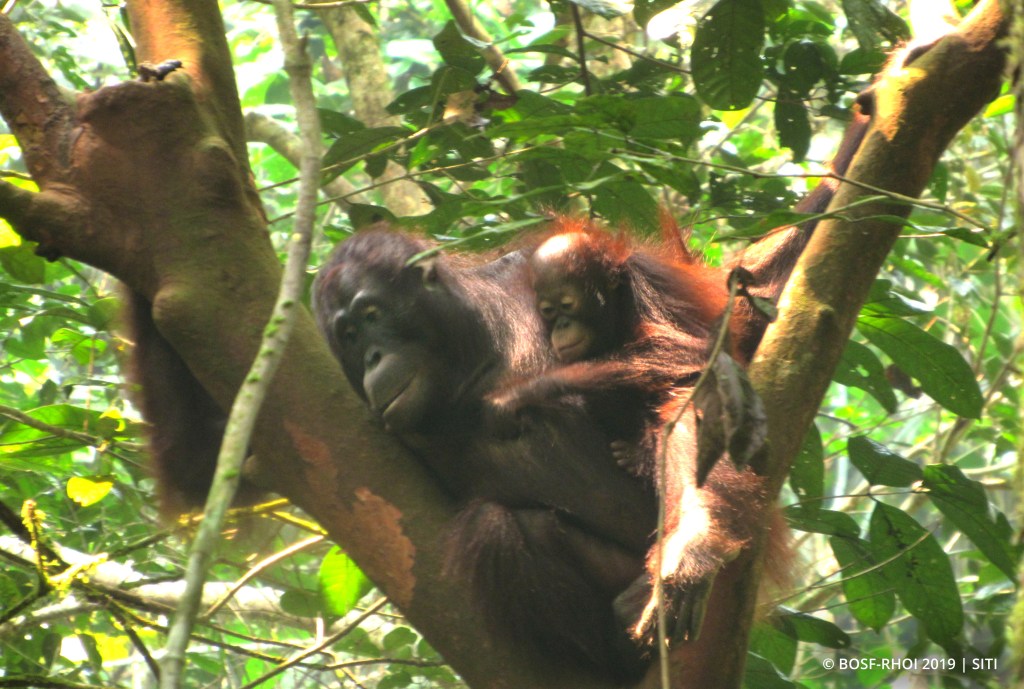 Noticing the human presence, Teresa quickly went into alert mode and kept her distance. She actively moved away from the team whilst holding her son tightly to her, and occasionally shook branches to show her displeasure. This instinctive, protective behavior is a natural reaction for mother orangutans with young, dependent offspring. The team carefully retreated to find a better spot to observe them safely from a distance.

During observations, Teresa spent a lot of time resting on top of the habituation cage structure, only climbing down occasionally to forage for leaf shoots. Meanwhile, baby Berani (an Indonesian word meaning ‘brave’) played and dangled on short lianas not far from his mother. He was also seen climbing several trees, and feeding on forest fruits and leaves. 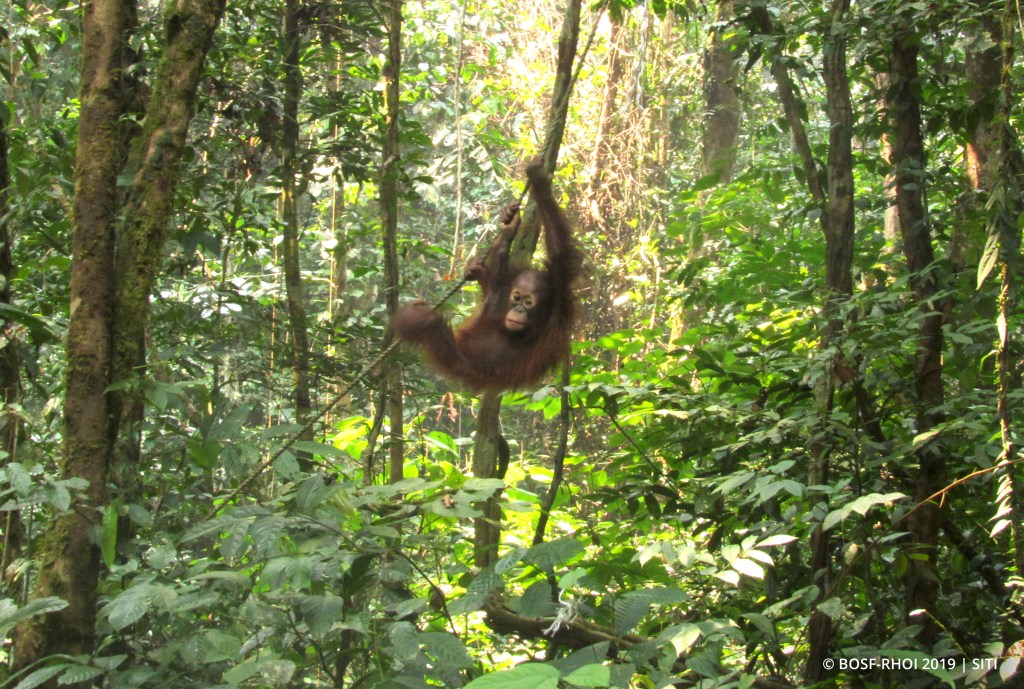 It was evident that Berani’s climbing and brachiating skills had greatly improved from the last time he was observed. He confidently reached for lianas and branches and was happy to move independently to explore the area near his mother. Moreover, Berani did not seem to fear or mind the team’s presence. Teresa, however, as a good mother, remained very protective. She would immediately approach and secure Berani whenever she felt threatened.

The team completed observations on the pair and headed back to Lesik Camp, thrilled to have witnessed Berani becoming more independent. While he still has much to learn, it is clear that this little guy’s skills are developing nicely. We can’t wait to see what new survival skills Berani will learn from his mother in the forest!