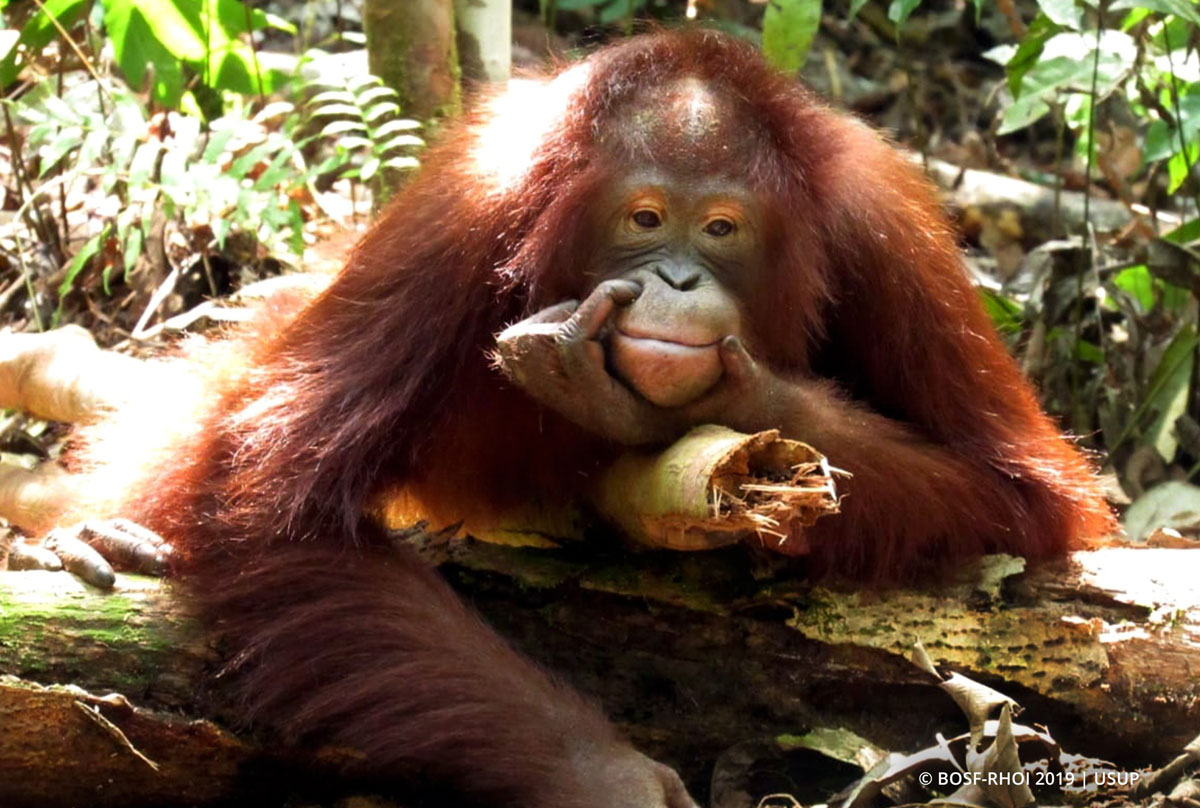 OCTOBER 23, 2019 — Every orangutan will follow their unique path as they roam and explore the forest; so, naturally there are certain individuals who can be observed more frequently than others. With this in mind, our Post-Release Monitoring (PRM) team aims to observe as many released individuals as possible on many occasions, through regular patrols. Thus, it was a wonderful opportunity for our PRM team from Nles Mamse Camp in the Kehje Sewen Forest, East Kalimantan, when, recently, they encountered Elder, a 7-year-old female who was released on 25 July 2019.

In her first few days post-release, Elder stayed close to her release point, not far from camp. But after a time, she disappeared into the forest, and was nowhere to be found.

Now, several months later, our team found Elder one the morning as she was sitting on a branch, observing her surroundings. Not long after locating her, she climbed down to the forest floor to savour termites from a rotten trunk. 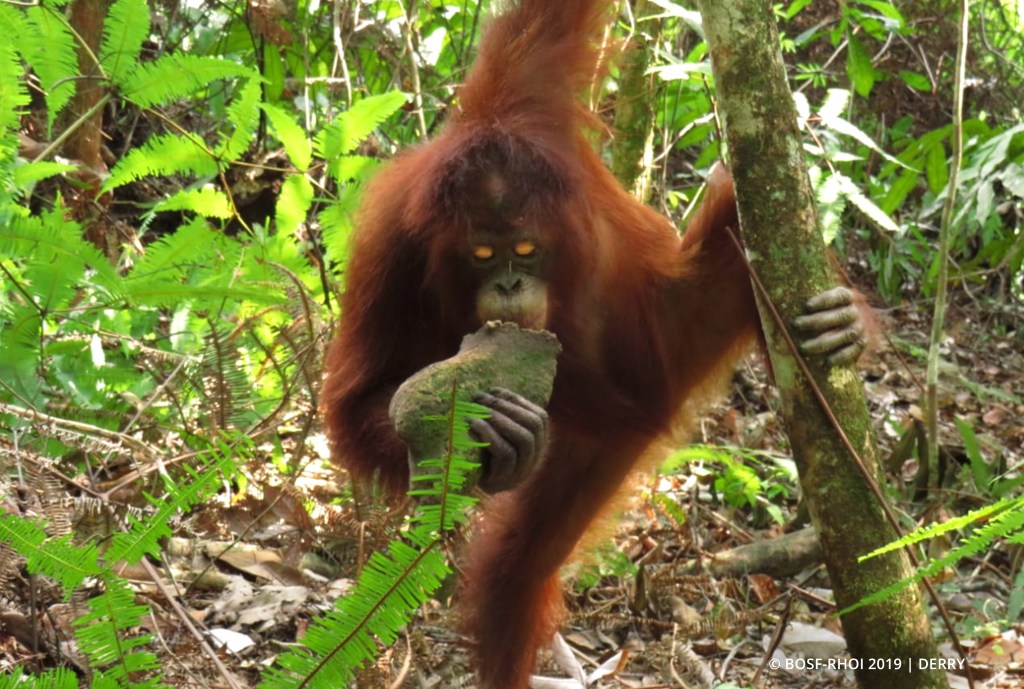 Satisfied with her protein appetizer, Elder climbed back up into the canopy and began brachiating through the forest, until she finally stopped at a durian tree. The durian – a particularly stinky specimen dubbed the ‘king of fruit’ – happens to be Elder’s favourite fruit. It is now the fruiting season in the forest, and Elder is in luck, as her beloved durian is plentiful. Our PRM team observed her eagerly pluck a durian from its stem and peel off its spiky exterior with her strong hands and teeth. She made it look easy! 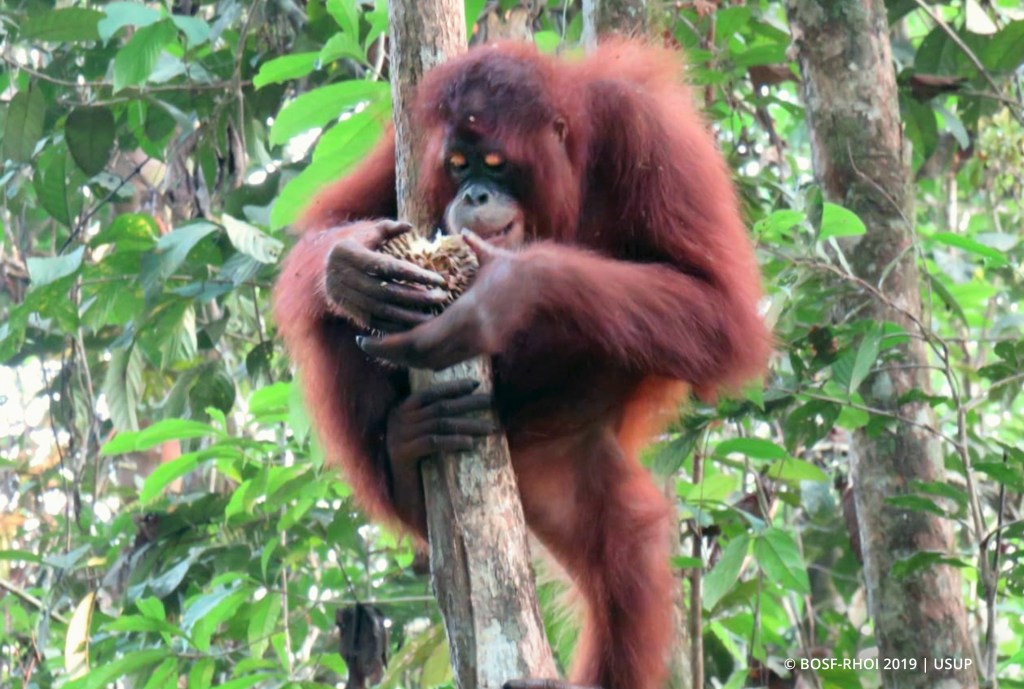 Elder showed that she thoroughly enjoys eating durian, as she was observed eating this delicacy for nearly an hour. After filling her tummy with the smelly fruit, she climbed down to lay out a pile of twigs and leaves, and proceeded to rest for about half an hour, before continuing her exploration of the forest. This was when the team concluded observations for the day and headed back to camp. 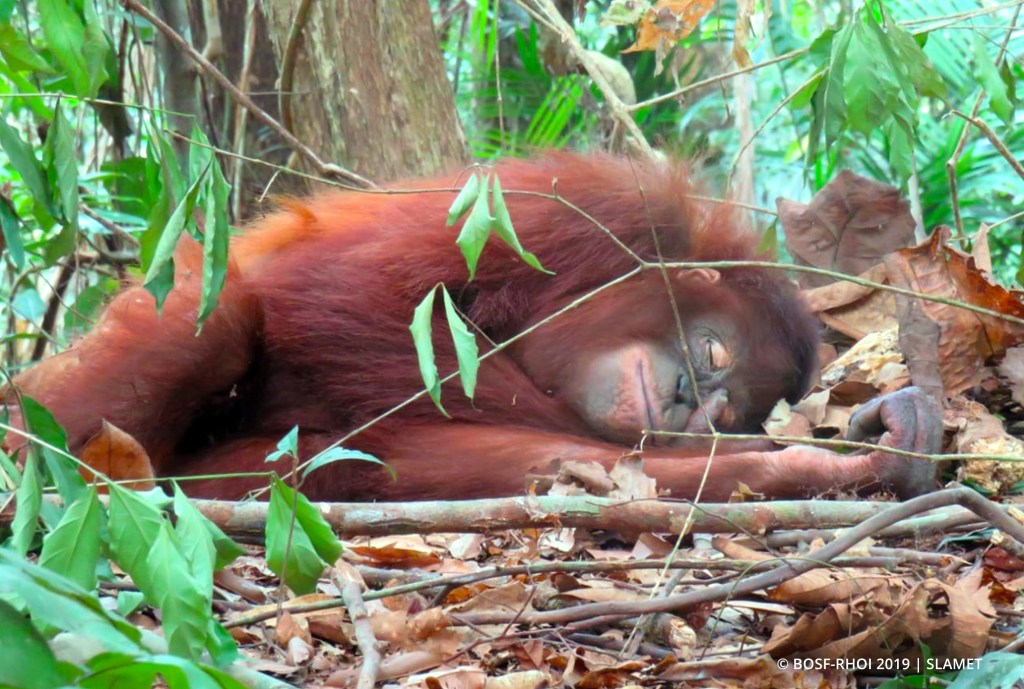 Elder taking a nap after her snack

During the four hours that our PRM team observed Elder, she spent most of her time exhibiting typical orangutan behaviours, including brachiating, eating, and sitting in the trees. We are happy to report that she appears to be in excellent health. Keep up the good work, Elder!