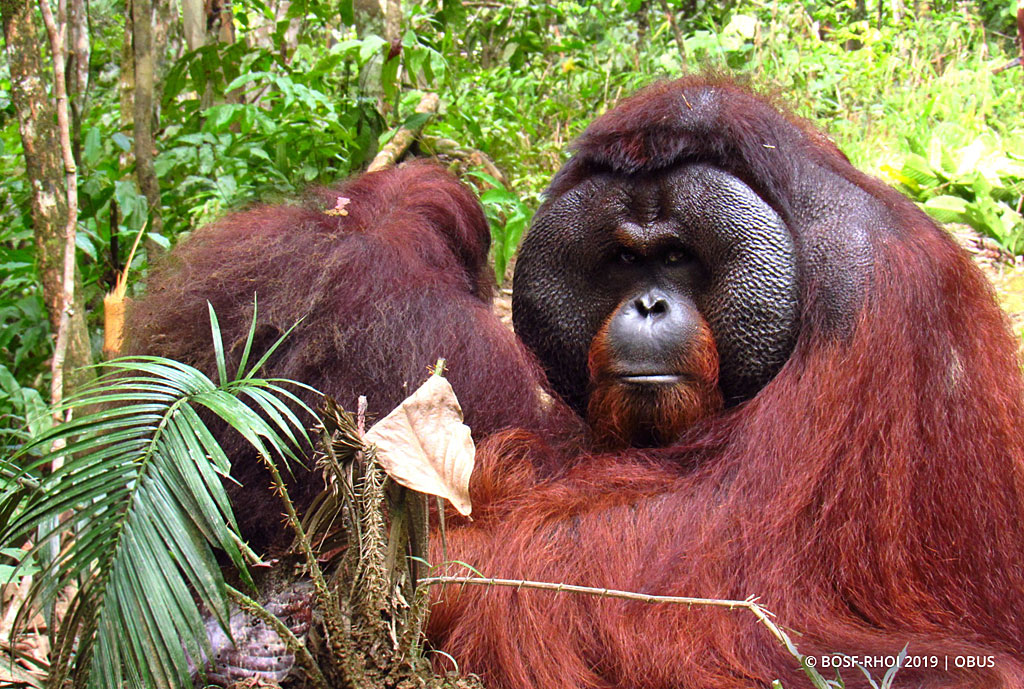 AUGUST 5, 2019 — Komo and Petak were both rescued from captivity, and after completing years of rehabilitation at the BOS Foundation’s Samboja Lestari Orangutan Rehabilitation Centre, were finally released in the Kehje Sewen Forest on 26 June. Following their release, the two were observed by our Post-Release Monitoring (PRM) team for an entire month – as per our standard operating procedure – to ensure they were both adapting well to life in the wild, and properly applying the skills and natural behaviours they had developed throughout the rehabilitation process.

However, what we discovered through our observations of Komo and Petak was more exciting than we could have ever expected.

Observation notes recorded during this first vital month of monitoring showed that Komo and Petak had been spending time together since the very day of their release. On release day, the PRM team had noticed that Petak approached Komo soon after exiting her transport cage. Over time, Komo showed increasing interest in Petak. Every morning, he would approach Petak’s nest and eat breakfast with her, then the two would move off to explore the forest together. Naturally, the male-female pair started paying closer attention to each other, and were even observed copulating. Komo followed Petak wherever she roamed and the two consistently built their night nests close to each other. 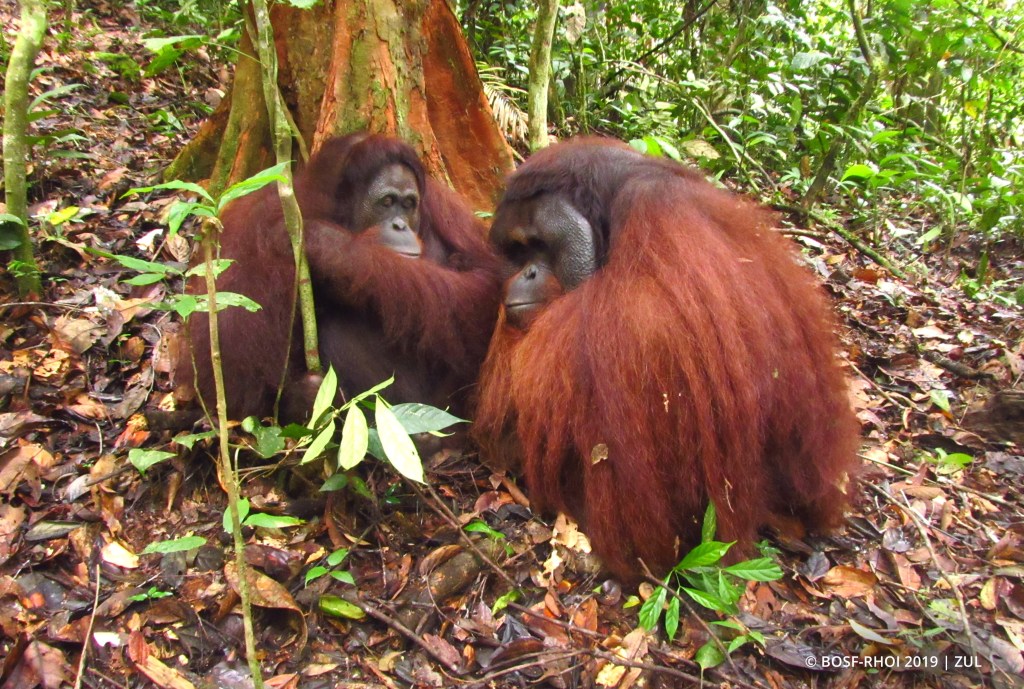 A Tender Moment Between Komo and Petak

On the last day of nest-to-nest observations on Petak and Komo, PRM team members, Thomas and Yudhi, set off early in the morning to locate the pair. Petak, however, was nowhere to be seen. After about two hours of observation, restless, newly single Komo suddenly became discontented with human presence. He quickly let out a long call, broke a few branches, and threw them at his human observers, who cautiously retreated.

Shortly following Komo’s call, Petak emerged from behind the canopy and approached Komo. Her presence quickly shifted his attention. As if understanding Komo’s distress, Petak wrapped her arms around him and held him in a comforting embrace. Komo then turned towards Petak and nestled his face against hers. What a tender moment! 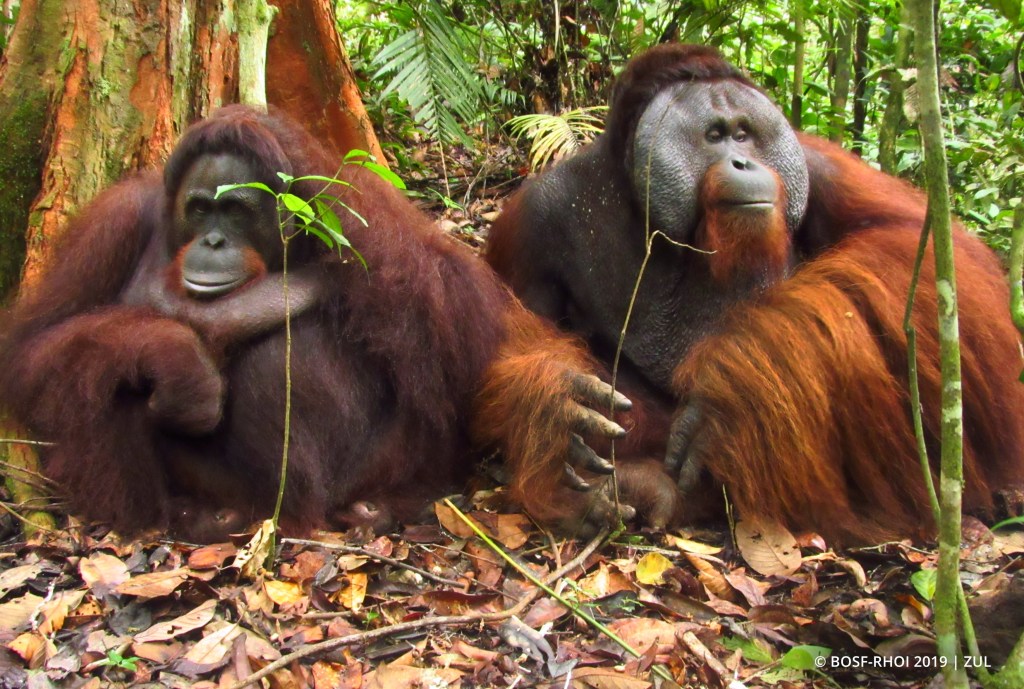 Relieved that Petak had managed to calm Komo down, the team backed away to give the pair some space. Petak and Komo continued to explore the forest together in search of natural foods like etlingera, rambutan, and ficus. At dusk, the two nested close together once again and settled in for the night.

We hope the blossoming relationship between Komo and Petak will lead to another wild-born baby in the Kehje Sewen Forest; in the footsteps of Yayang, Lesan, Teresa, and Sayang, who have all given birth since being released.