BOSF: Orangutans Tiny and Ajeng Get Cosy in Kehje Sewen 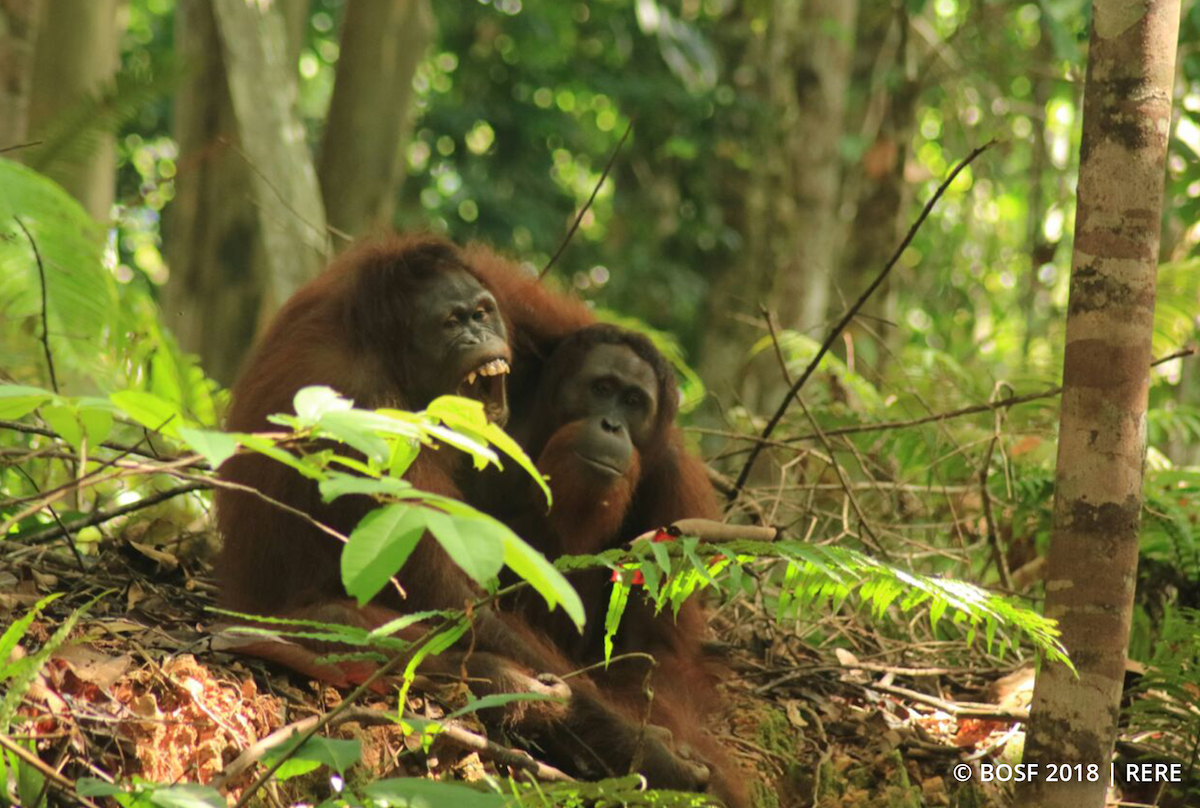 The BOS Foundation Post-Release Monitoring (PRM) team from Nles Mamse Camp in the Kehje Sewen Forest recently set out before dawn to conduct nest-to-nest monitoring on Tiny, a young male orangutan who was released in December. The team picked up Tiny’s signal and was moving in its direction, when they met Ajeng, a female orangutan released two years prior to Tiny’s release. Since the team had planned to observe Tiny, they passed up the opportunity to collect data on Ajeng. Perhaps this intrigued Ajeng, as she followed the team to transect #28, where they caught up with Tiny. Ajeng quickly approached Tiny; to our knowledge, this was the first time they had met. 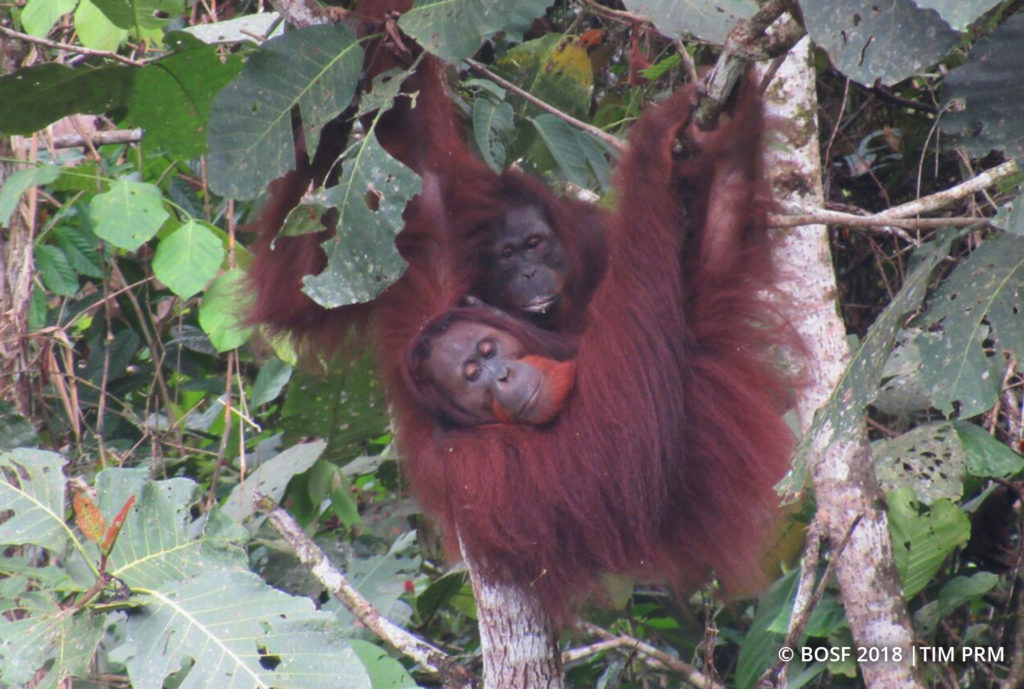 The two sat next to each other and happily shared food. Tiny appeared healthy and fit – it was clear he had adapted well to forest life. Tiny and Ajeng ate forest fruits, termites, and some shoots. After their meal, they copulated. We did not expect these two to get this close on their first encounter! 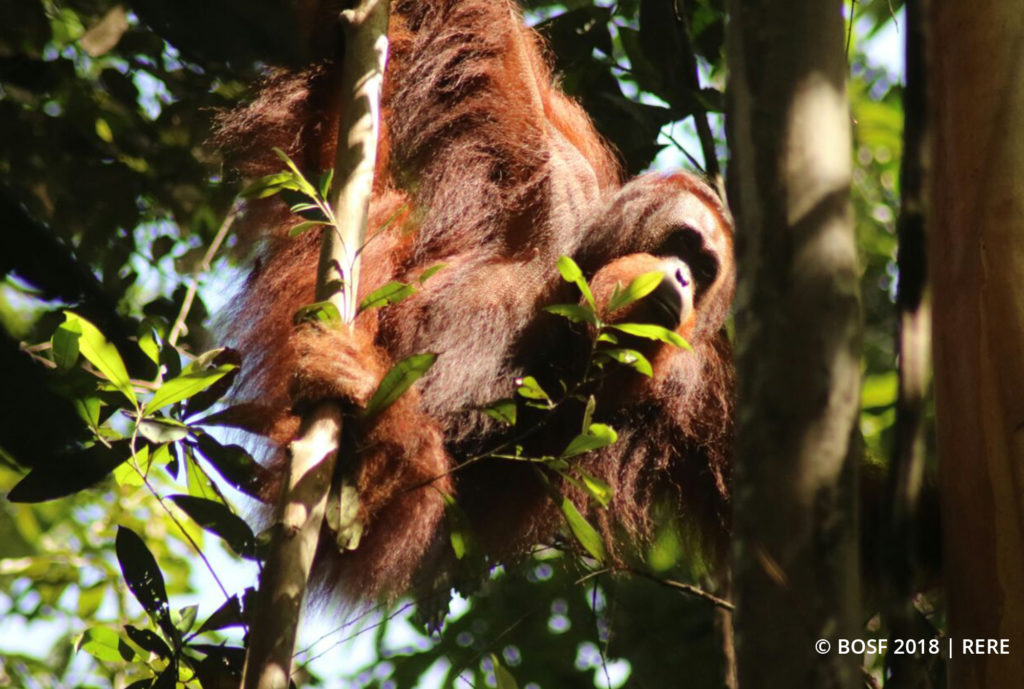 Tiny and Ajeng together

Too busy enjoying one another to care about what was going on around them, Tiny and Ajeng paid little mind to the PRM team’s presence as they took data and documented the pair. Until the sky began to turn dark and the team wound down observations for the day, it seemed that Tiny was content to follow Ajeng wherever she went.

The following day, the PRM team found the two still together, and with similar patterns of movement: whenever Ajeng moved, Tiny followed. That day, Ajeng and Tiny came across Heli and Hanung, and the four spent some time together. Tiny, the most recent newcomer to the Kehje Sewen Forest, interacted well with the other three, more senior orangutans.

As the sun began to set, it was time for the orangutans to prepare their nests for the night. Tiny slowly moved away and climbed higher, and the team soon heard cracking sounds from above – Tiny was building a nest. Oddly, the nest he built was rather large, and when it was completed he quickly jumped in to rest. A short while later, it became apparent why he had constructed such a large nest: Ajeng came and joined him. Tiny had built a nest for two! This is such great progress for 11-year-old Tiny!

We are thrilled that Tiny and Ajeng have met each other, and seem to be enjoying each other’s company. We hope this new pair will produce another wild-born baby, and contribute to the creation of a new orangutan population in the Kehje Sewen Forest!