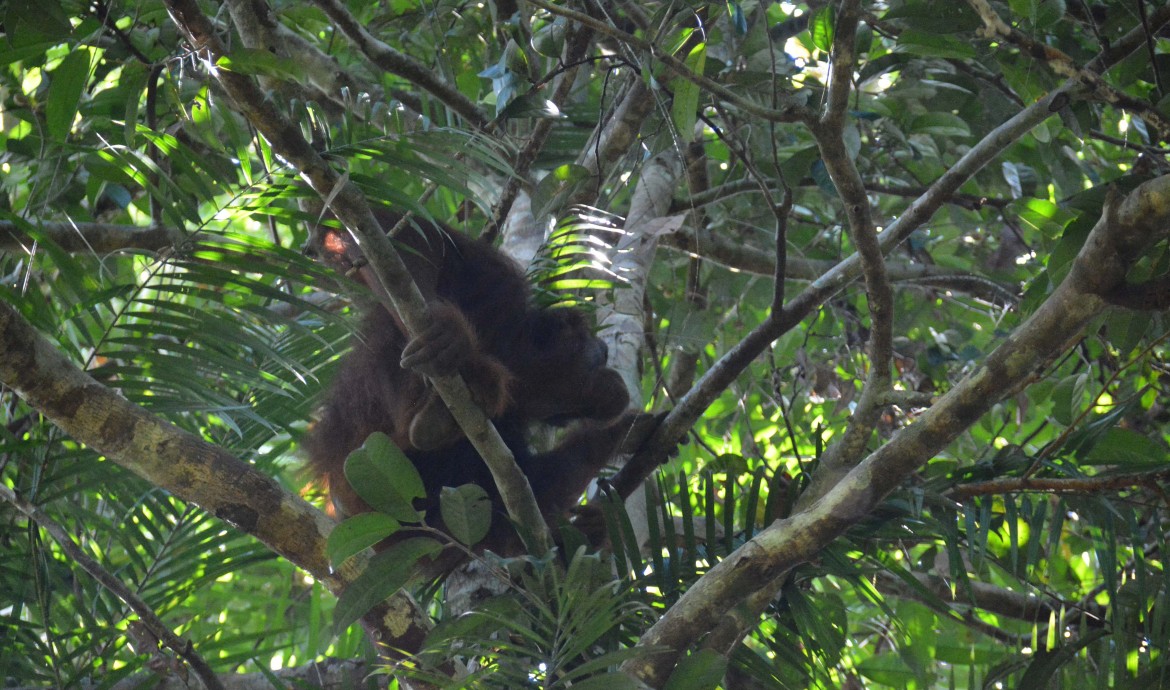 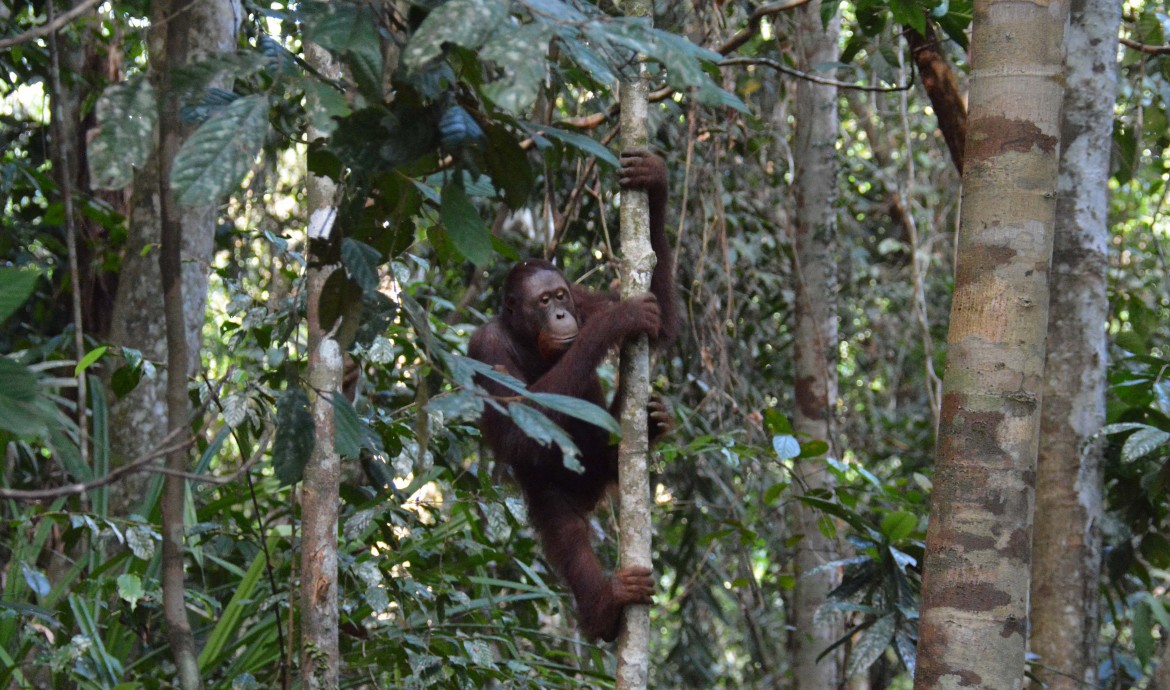 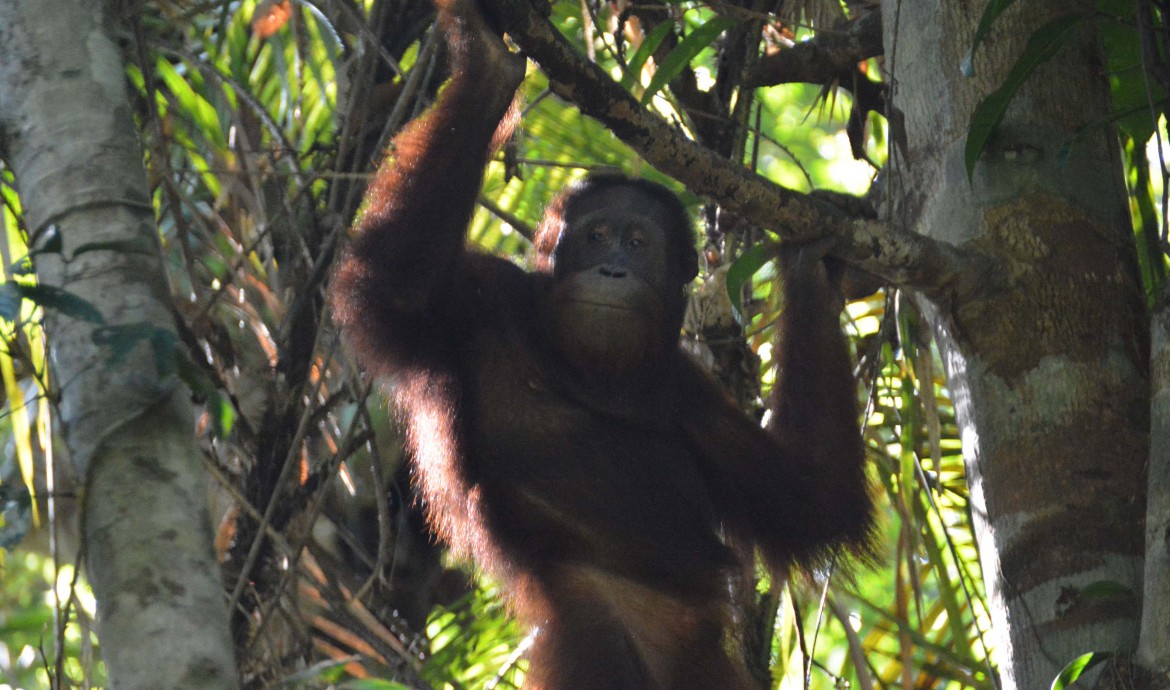 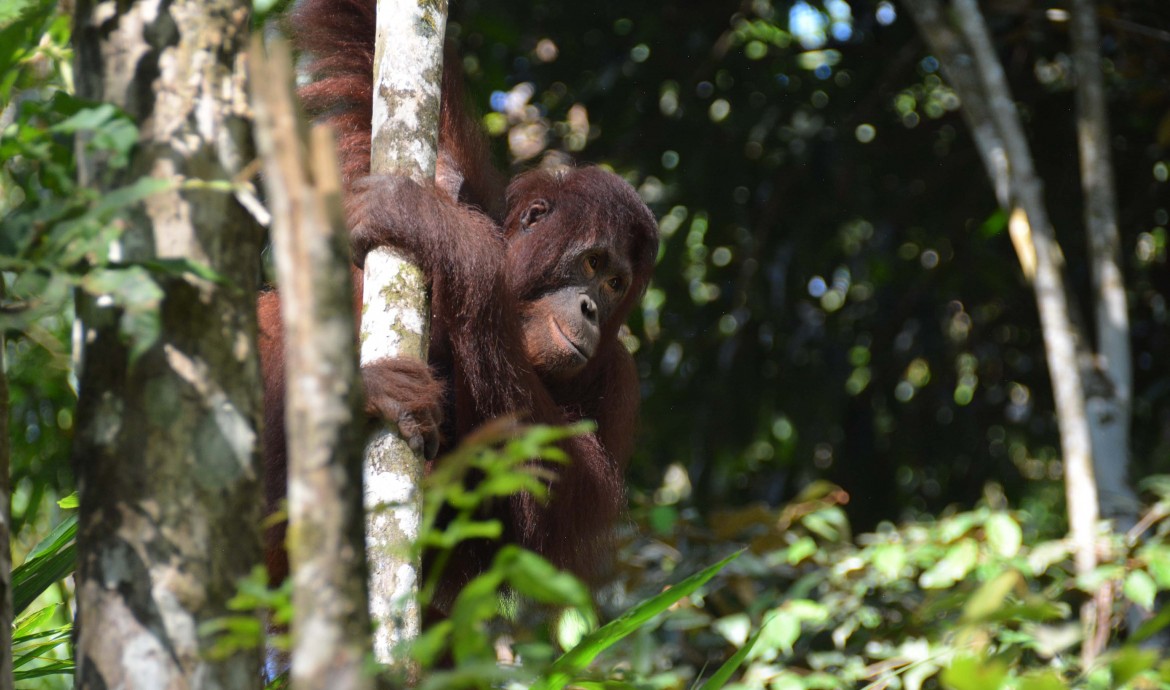 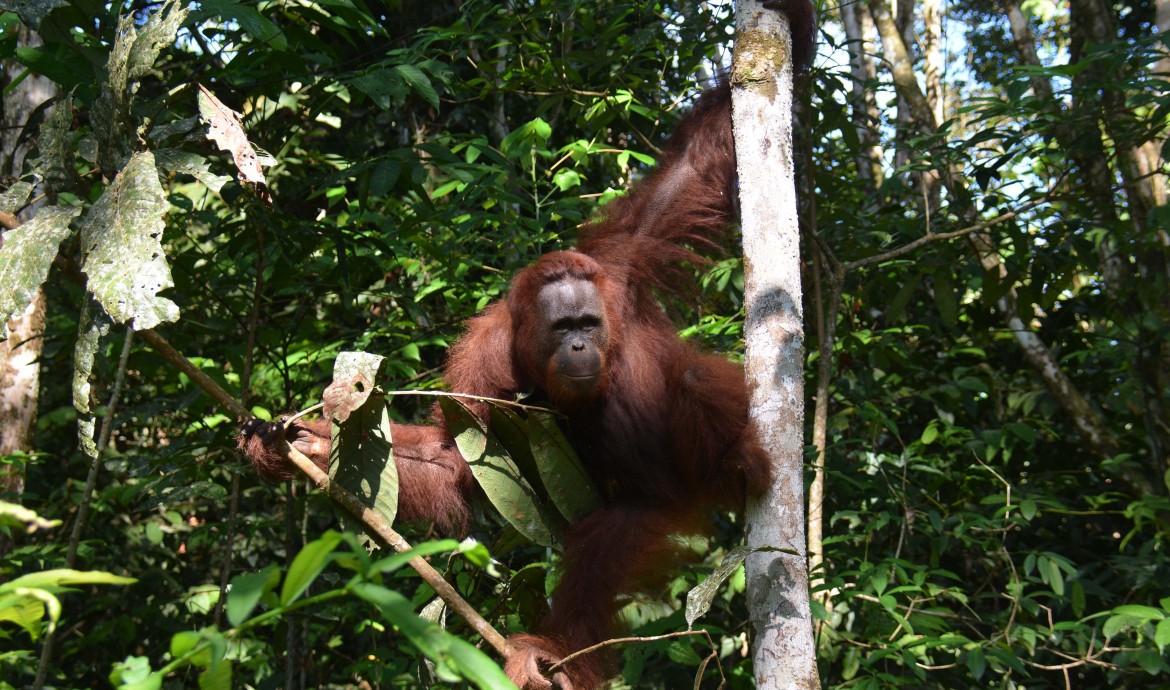 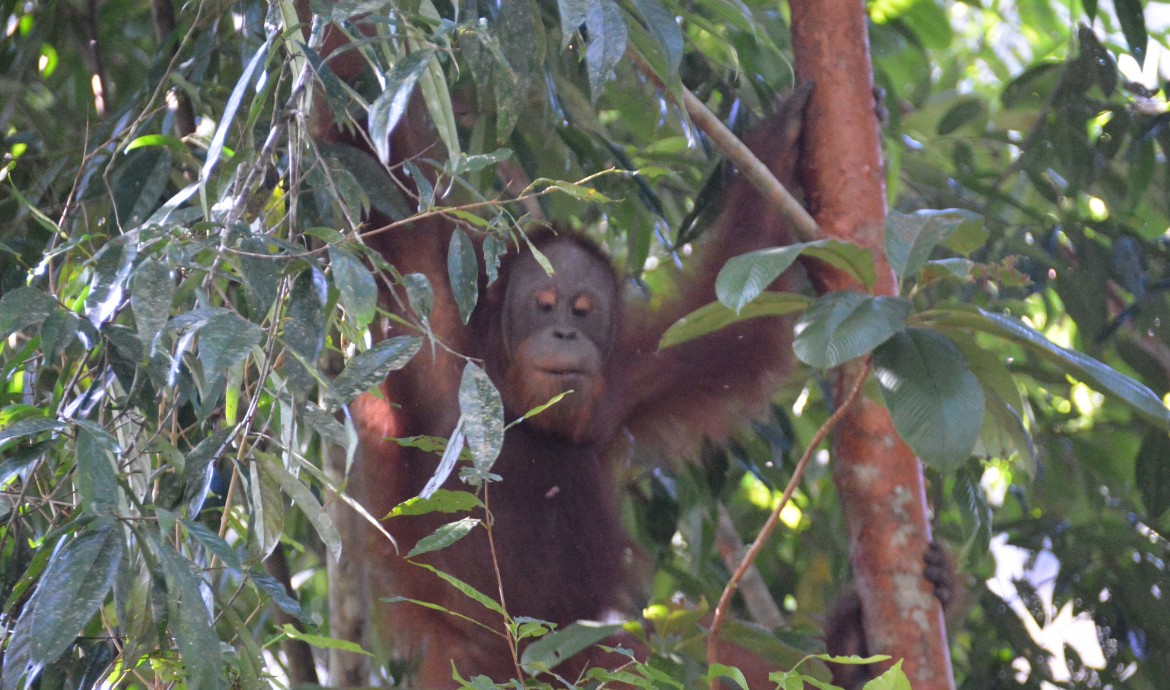 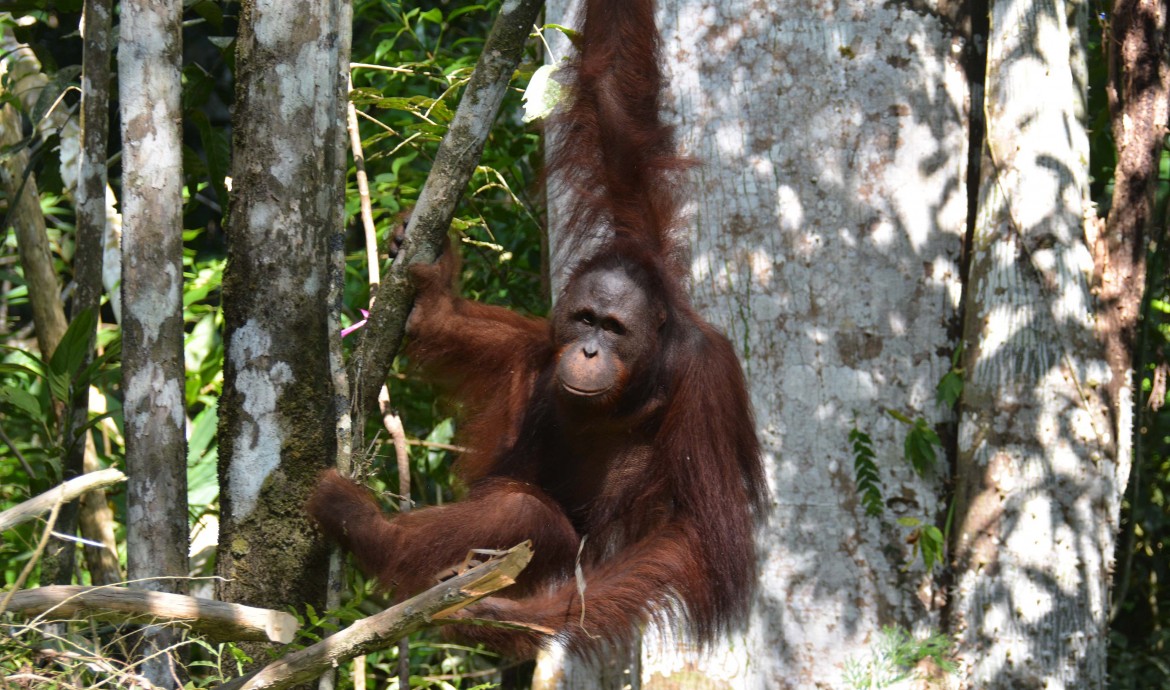 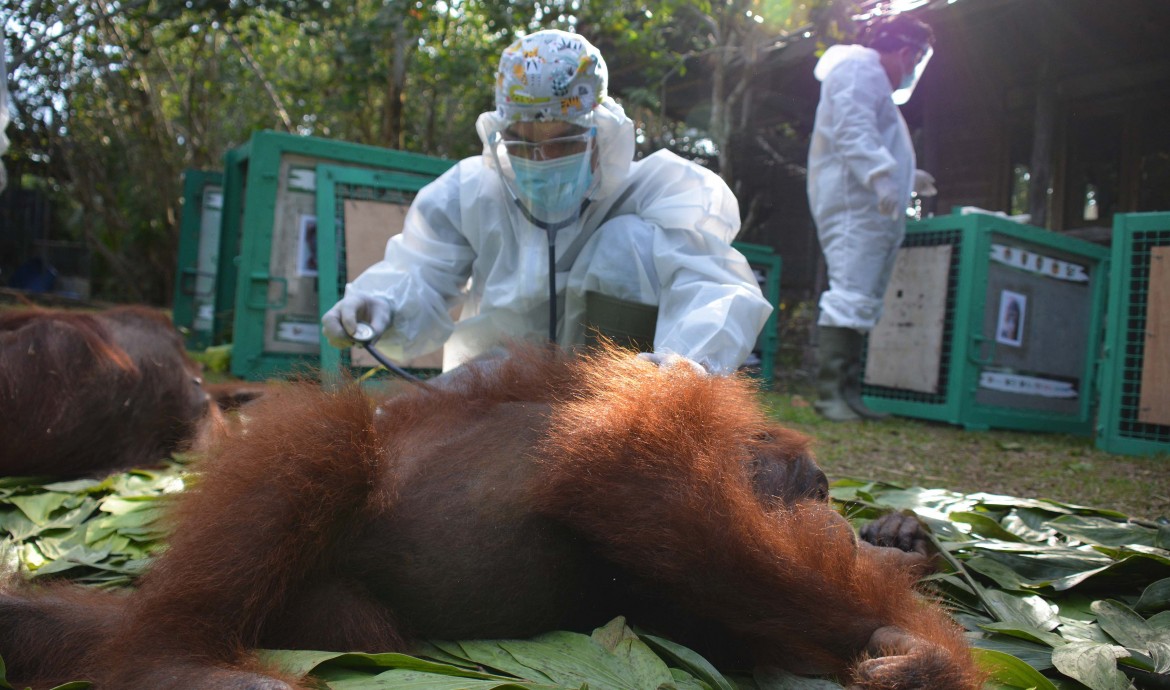 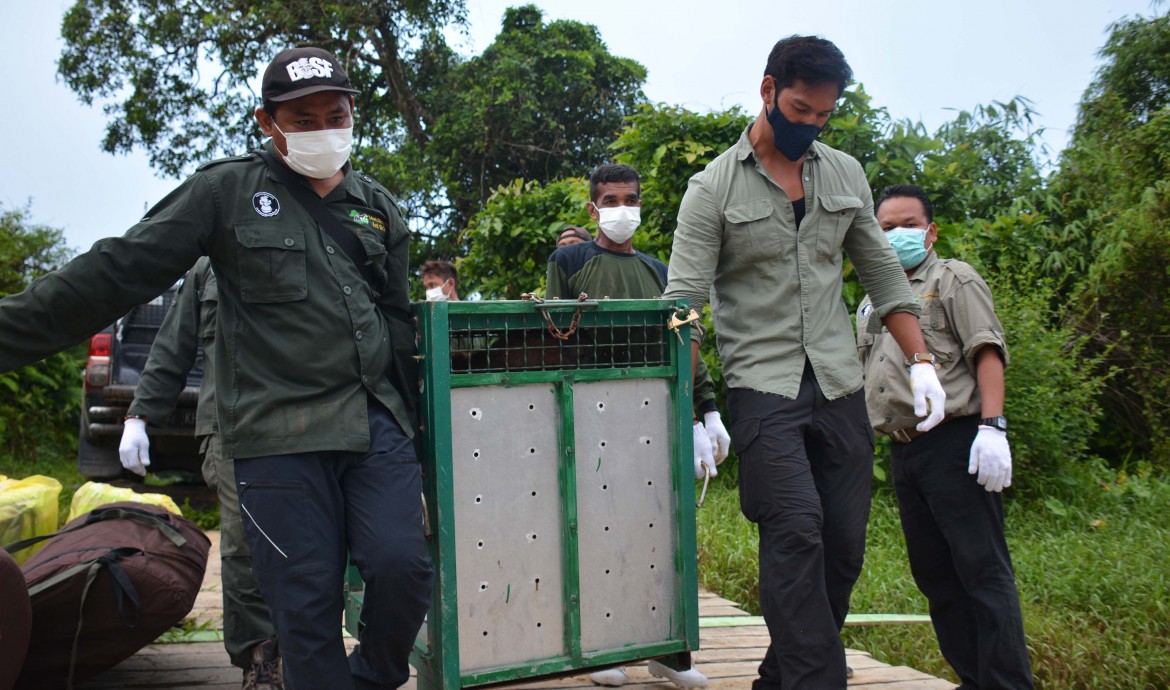 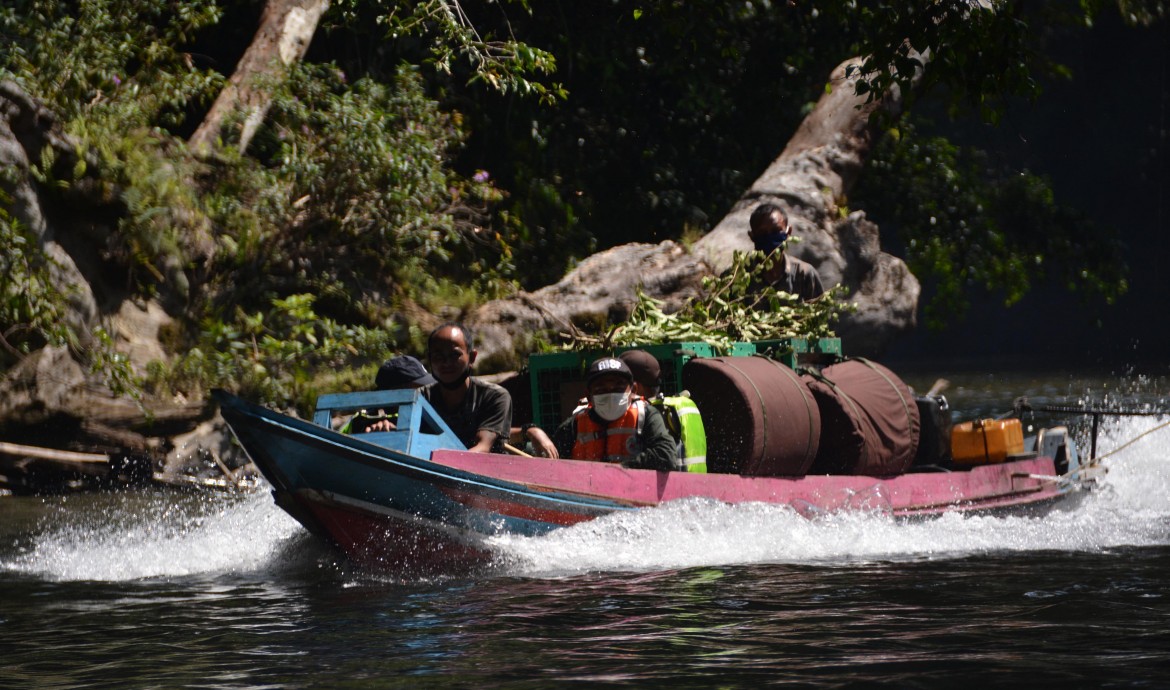 Cage in the Boat!

Read more about the release expedition and watch a video!

The first stage of the 180-kilometer release journey took several hours to complete by road. As per our SOP, periodic stops were made along the way – every two hours – to check on the orangutans in their transport cages. These stops were purposefully made in quiet areas to minimize the possibility of meeting local residents, in an effort to help curb the spread of COVID-19. We also made the conscious effort to depart from the Nyaru Menteng Orangutan Rehabilitation Centre at night, to reduce contact with others. As a result, our pitstops were uninterrupted throughout the journey.

The road travel ended in Tumbang Hiran, a small town, where our team rested, just after midnight. Early the next morning, the team continued the journey on motorised longboats, or kelotok, along the Katingan River. About two hours later, the team headed into the Bemban River and travelled upstream to the Bemban watershed, in a 7-hour ride.

Around 2 p.m., the team and the seven orangutans arrived at the release points located near the banks of the Bemban River, deep in the forest of the TNBBBR. The orangutans were released one after another, with the post-release monitoring (PRM) team standing by to take over monitoring of the orangutans as they adjusted to life in this new environment.

The following are the results of observations on day one:

Once her cage was opened, Suayap enthusiastically climbed up a nearby tree and ignored the activities going on around her as the release team prepared to open another cage.

Suayap, who was repatriated from Thailand in 2006, seemed to recognise the many types of natural food around her. She ate mahawai leaves, forest mangosteen and figs, and even termites. She was observed making efforts to approach Barlian and an unidentified orangutan, but did not interact with them.

As soon as the day began to turn dark, Suayap started building her evening nest up in a tree about 25 meters off the ground, not far from where she was released.

Unggang climbed up a kapening tree after he was released. It took him quite a while to enjoy all the fruits around him. He was seen eating natural foods such as tunding ondang fruit, kempas cambium, and termites.

Unggang also built his night nest as soon as the day turned dark, up in a tree at around 30 metres off the ground and about 100 meters away from his release point.

Unlike the other orangutans, Barlian needed more time to observe his new surroundings after his cage was opened. He walked along the ground for about 10 meters before climbing up a tree.

Once Barlian was up in the trees, he approached Suayap, who was released before him. While the two were spending time together, an unidentified orangutan came by. Barlian wrestled with this orangutan! It seemed that the 20-hour journey had not exhausted Barlian, as he managed to outmuscle the unidentified orangutan. He even tried to give chase when his challenger fled! In the end, Barlian opted to let the orangutan flee rather than keep up the chase.

Barlian also met with Unggang. At first, the two vocalised towards one another, but later became friendly and were seen eating together in a tapening tree. They were observed consuming mahawai, lunuk, diwung, and pilang fruits.

Barlian chose to repair a used nest he found nearby for his night nest, around 20 meters off the ground and about 100 meters from his release point.

Reren was released alongside Darryl, Amber, and Randy. At the start of observations, the four orangutans were seen interacting and foraging alongside one another. Reren was observed picking on Amber, but there was no aggressive behavior between them.

Reren was active and ate a lot of forest food, including kondang and figs, wild ginger piths, and ferns. She built her nest close to Amber’s nest, a bit far from the point where both of their cages were opened, around 250 meters away.

From the moment her cage was opened by the release team, Amber displayed aggressive behavior, as though threatening to approach her observers. However, despite her threats, she ultimately chose to follow Reren.

Not far from where she was released, Amber was observed eating kondang fruits, sangkuang fruits, and capilak leaves. She stayed by Reren and even built her night nest adjacent to her!

After his cage was opened, Darryl briefly checked his surroundings before climbing up a nearby tree. Once he reached the treetop, he immediately started to fill his stomach, apparently hungry after the long journey. The PRM team watched Darryl eat kapilak leaves, sangkuang leaves, and termites.

He was also seen socialising, wrestling, and playing chase with Randy for about half an hour. Finally, Darryl decided to build his night nest nearby his release point.

Randy showed his displeasure at human presence when his cage was opened. With his hair raised on end, he rushed up a tree, but then later calmed down.

Randy seemed to be very content to be exploring his new environment and was seen eating a variety of natural foods, including kondang, figs, and gahung fruits. He was seen wrestling Darryl before making his night nest at about 200 metres from his release point.

Looking at the PRM team’s observation notes, it is clear that these newly-released orangutans possess excellent foraging abilities in the forest. We are confident that all seven will lead happy and prosperous lives in their new home, the Bukit Baka Bukit Raya National Park!