BOSF: When an Orangutan Falls Ill in the Forest 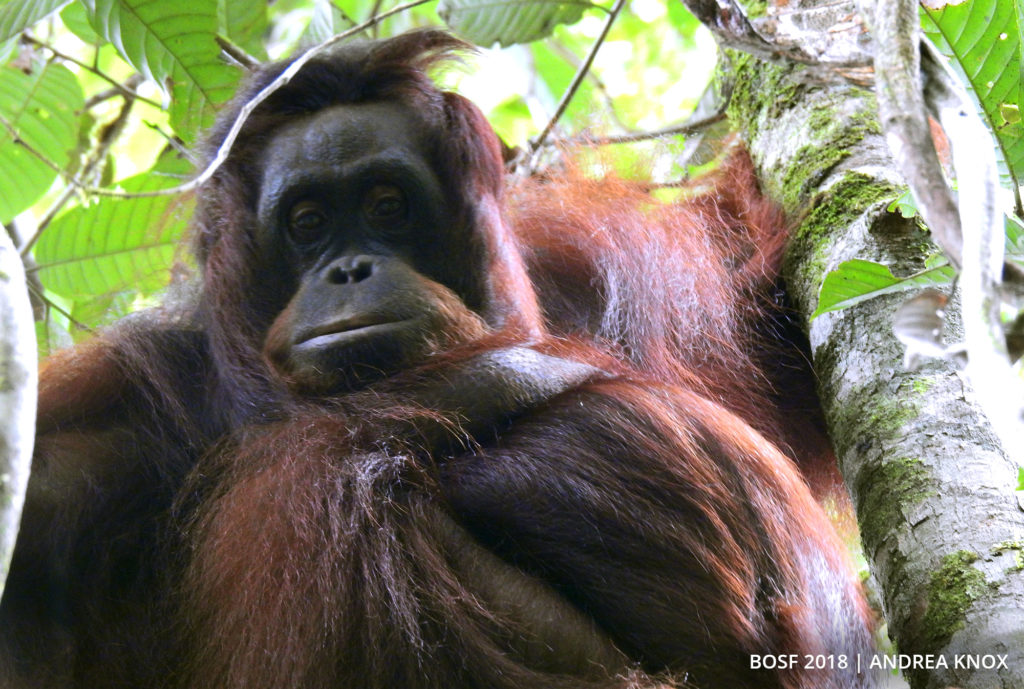 March 28, 2018 — Being released to the forest is not the end of the story for the orangutans we reintroduce. The post-release period is a time when orangutans face many new challenges, including adapting to an unknown territory and new conditions, learning about local predators and food availability, and facing competition from other animals.

Unlike us, orangutans do not have a doctor standing by if they fall ill in the forest. They need to use their instincts and skills to avoid animals and plants that make them sick, and if they do fall ill, sometimes they even need to find medicinal plants to alleviate their symptoms. If the orangutans we introduce become very ill, we have no choice but to intervene.

This is what recently happened to one of our orangutans, Karen, who was released in December last year. During a routine patrol, our post-release monitoring (PRM) team from our Totat Jalu Camp in the Bukit Batikap Protection Forest* found Karen sitting in a nest on the ground. After a couple of minutes of observation, the team noticed that Karen was not moving. With no visible evidence of injury, we suspected that she might have accidentally consumed a poisonous plant.

The team quickly contacted the Nyaru Menteng Rescue and Rehabilitation Centre via radio, to request that a veterinarian be sent immediately to check up on Karen. A team under Vet Coordinator, Agus Fachroni, was quickly dispatched from Nyaru Menteng to Batikap. The trip was no easy feat, as Batikap is at least a three- or four-day journey from Nyaru Menteng, much of which lacks good transport infrastructure. The team changed modes of transportation three times over the course of the journey, before finally reaching the camp!

While waiting for the medical team to arrive, the PRM team continued to monitor Karen and keep her safe. We gave her fruit and leaves to bolster her strength until the medical crew arrived. The team also piled up twigs and leaves around her ground nest, in the hope that it would camouflage her from predators and other orangutans. 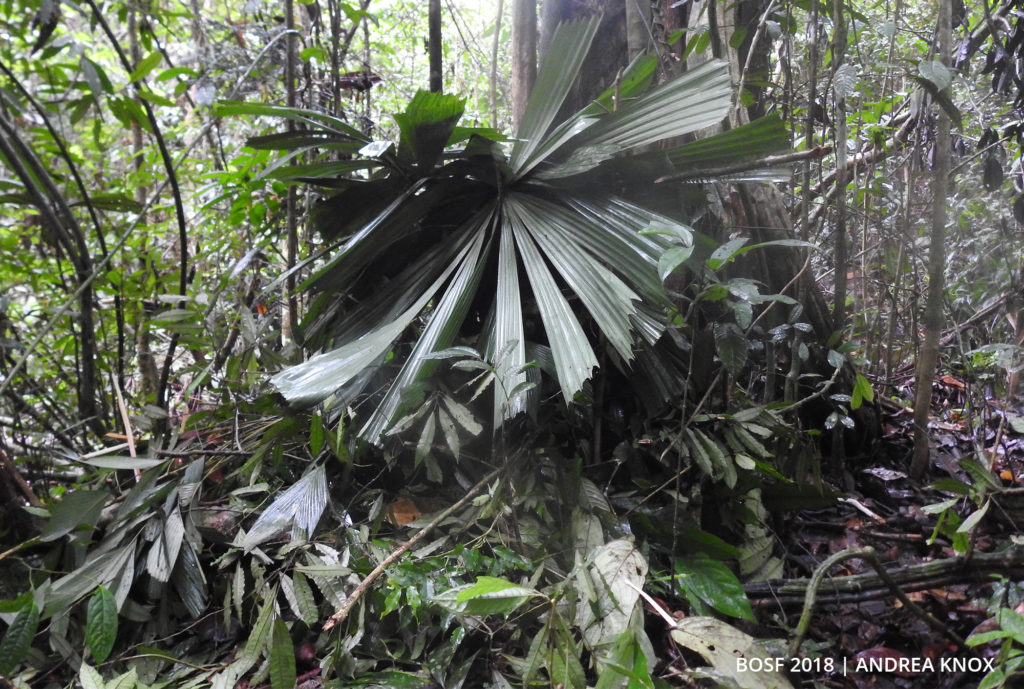 Karen behind a camouflaged nest – can you spot her?

Finally, seven days after the PRM team made contact with the Nyaru Menteng team, Vet Agus and the teams arrived at the location and quickly examined Karen. Her symptoms indicated that she was suffering from a throat problem due to food poisoning, making it difficult for her to eat. Karen was sedated and placed into a transport cage near the Totat Jalu Camp for further treatment. She spent three days in the cage, but thankfully, she was able to make a full recovery!

A week after Karen’s re-release, our PRM team caught up with her to monitor her and take notes. She was back to her daily routine, eating lots of fruits and exploring the forest. We were relieved and happy to see her looking healthy again. Be more careful next time, Karen!

*Protection Forests are forests designated by the Indonesian government to protects certain ecosystem services, such as water cycling and soil protection.