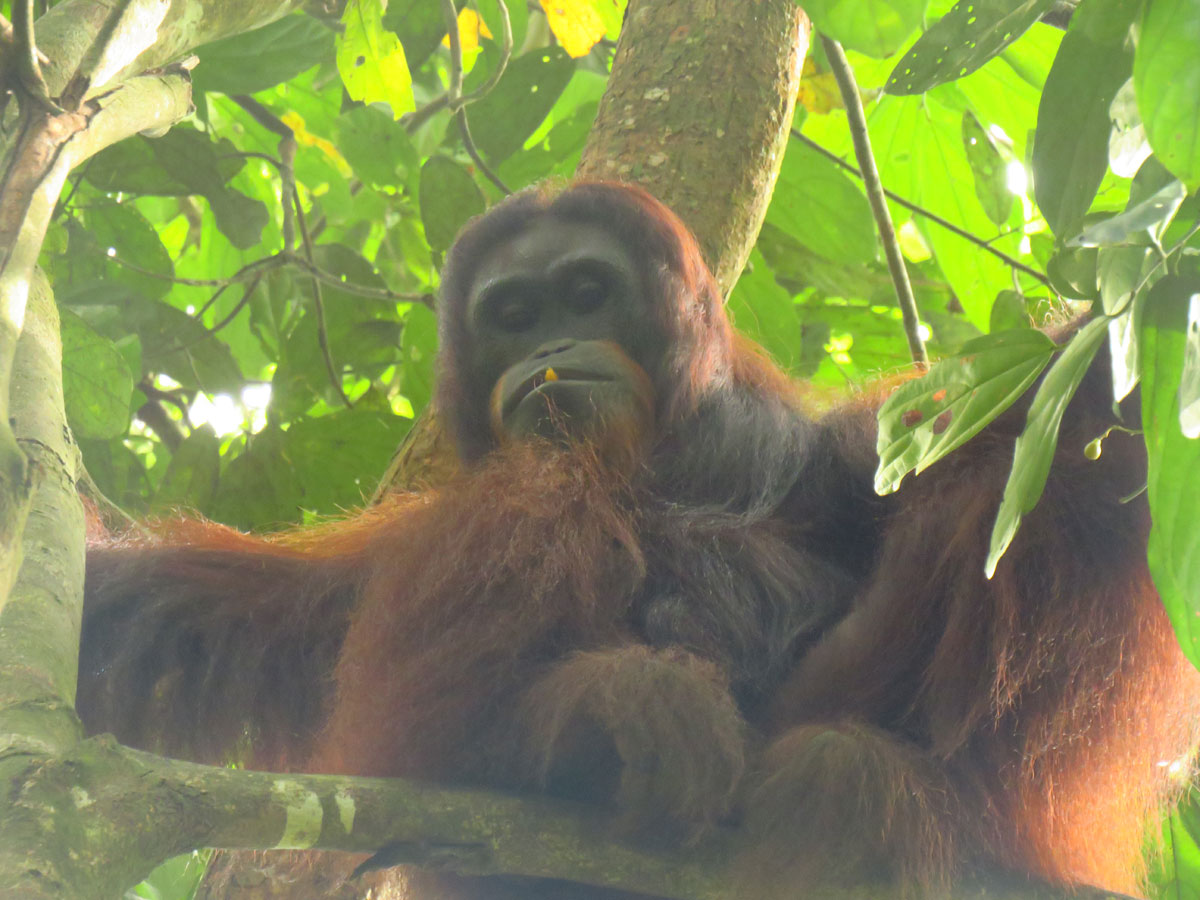 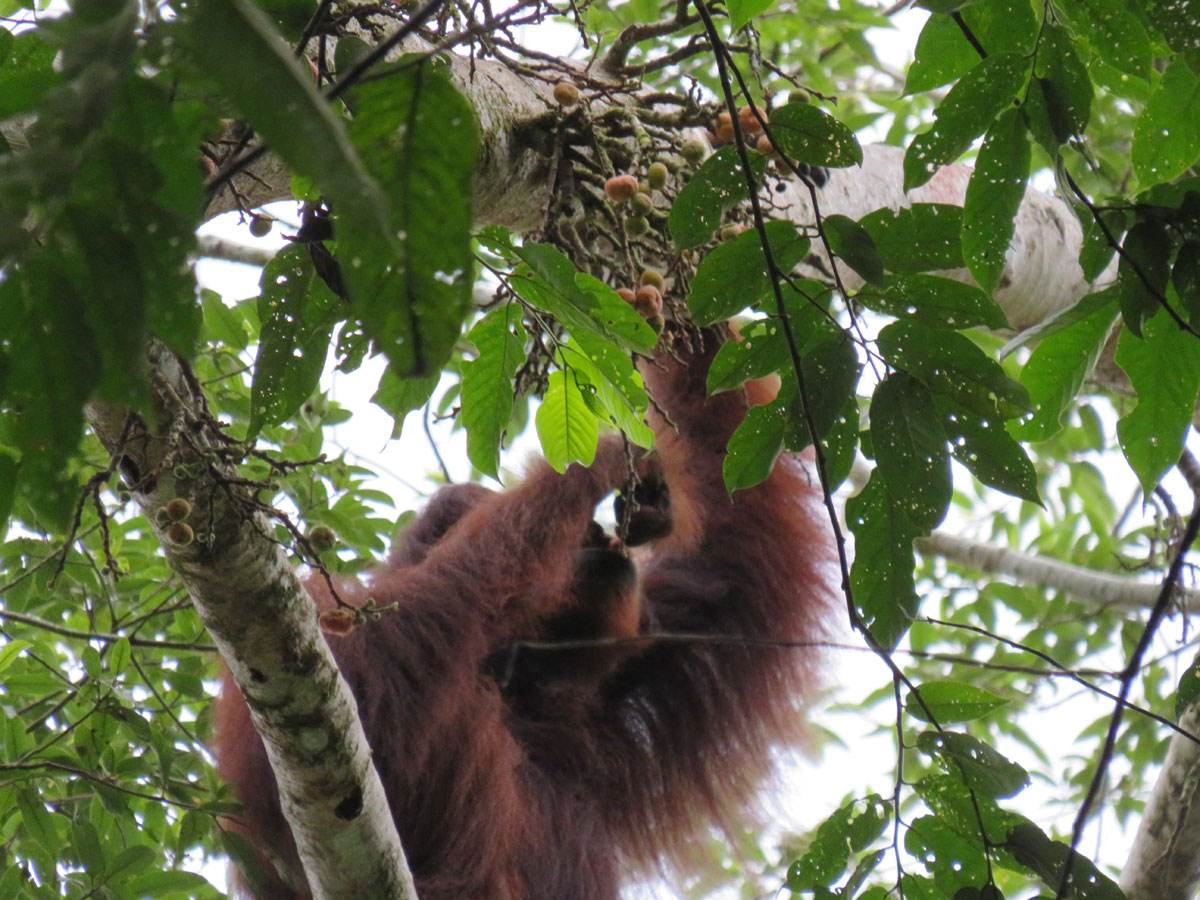 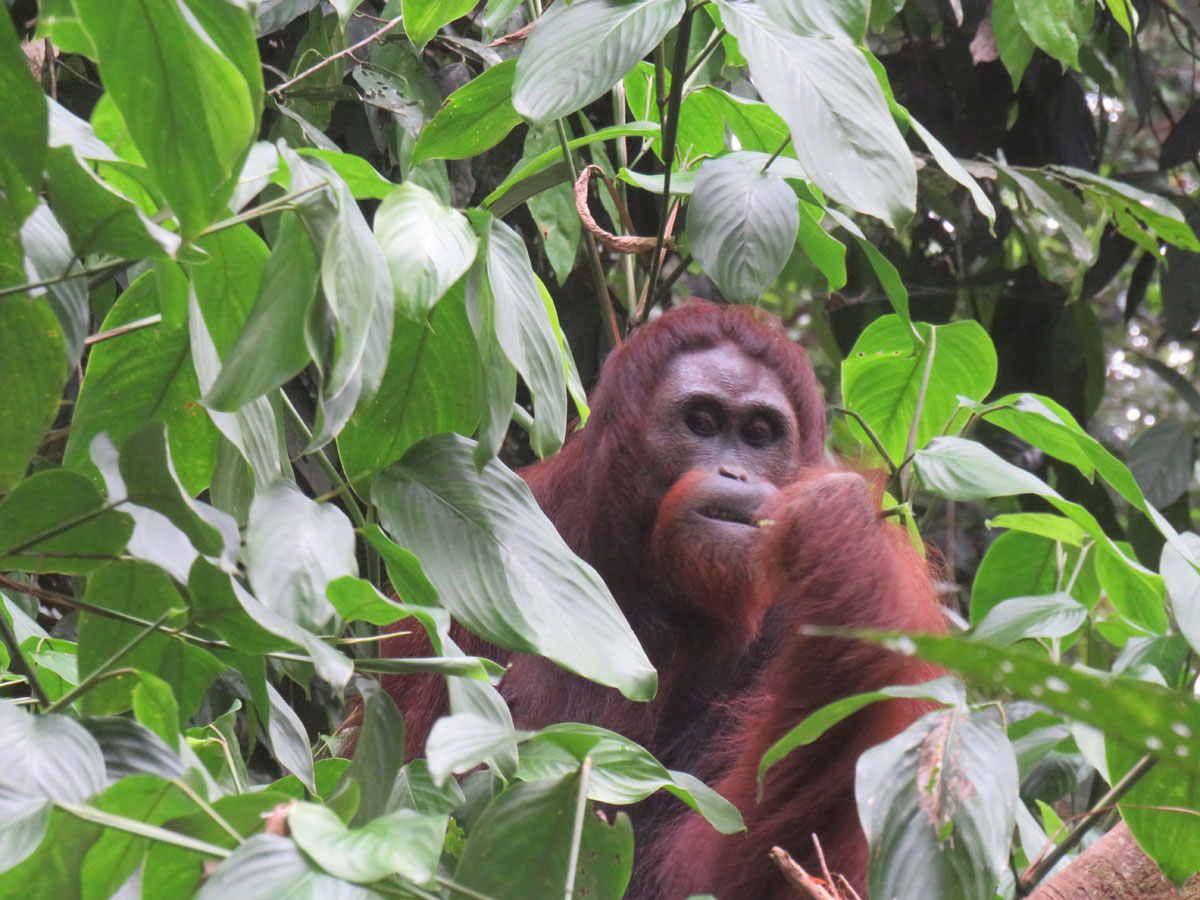 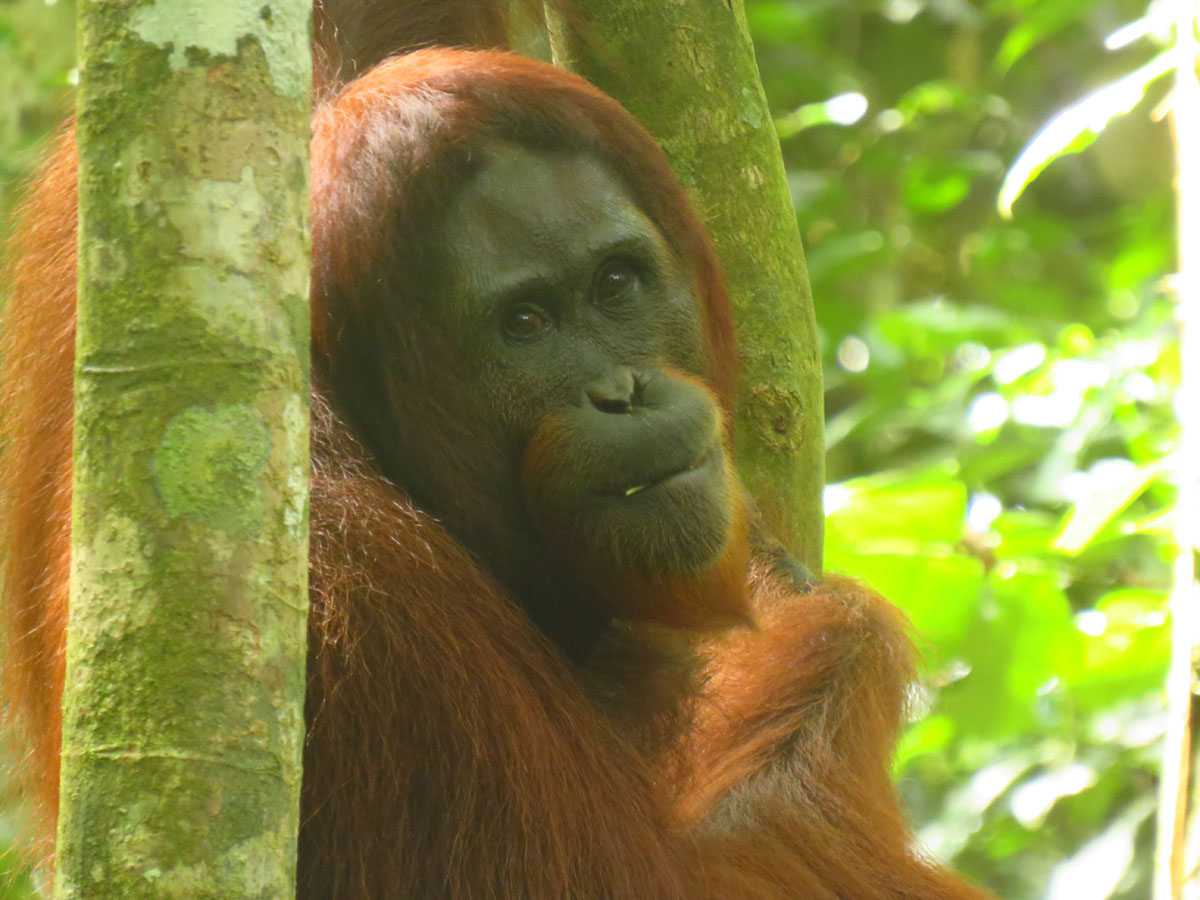 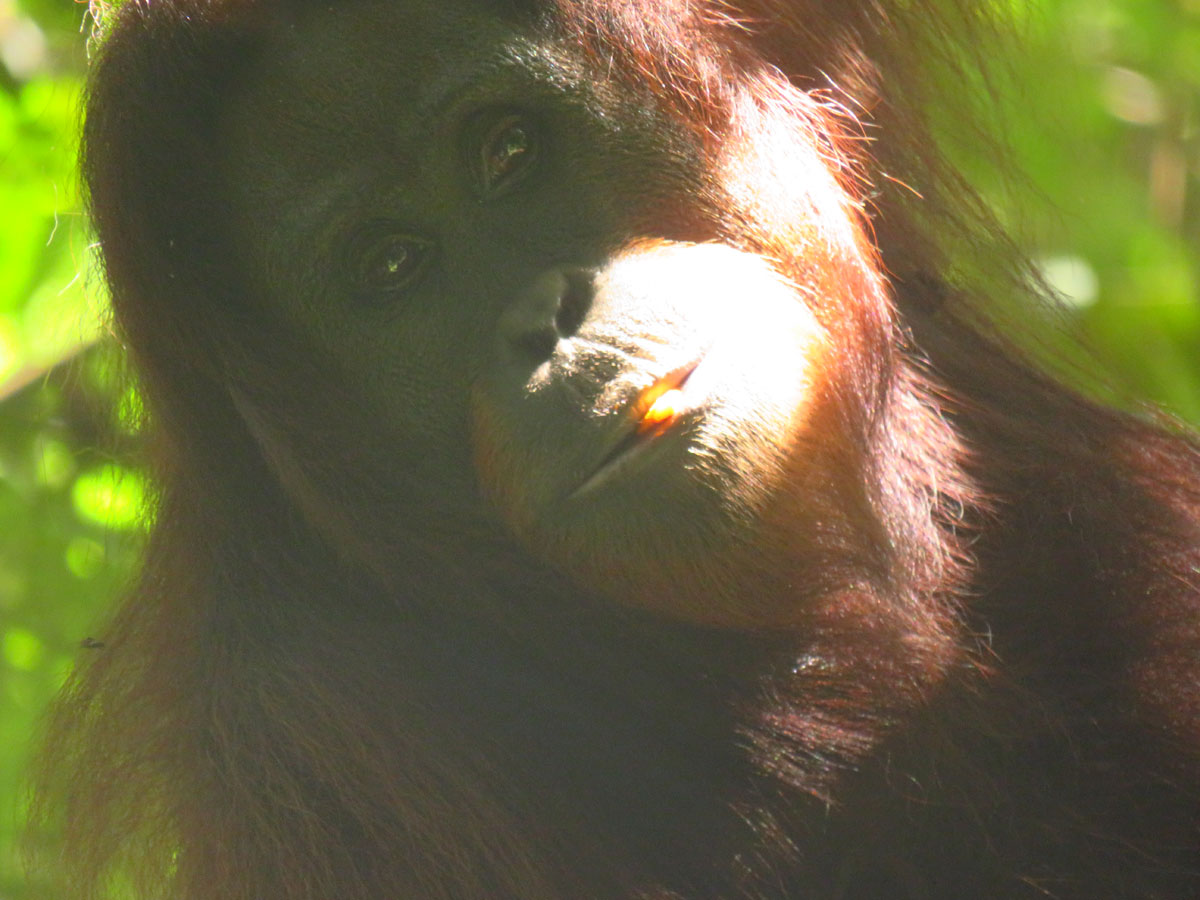 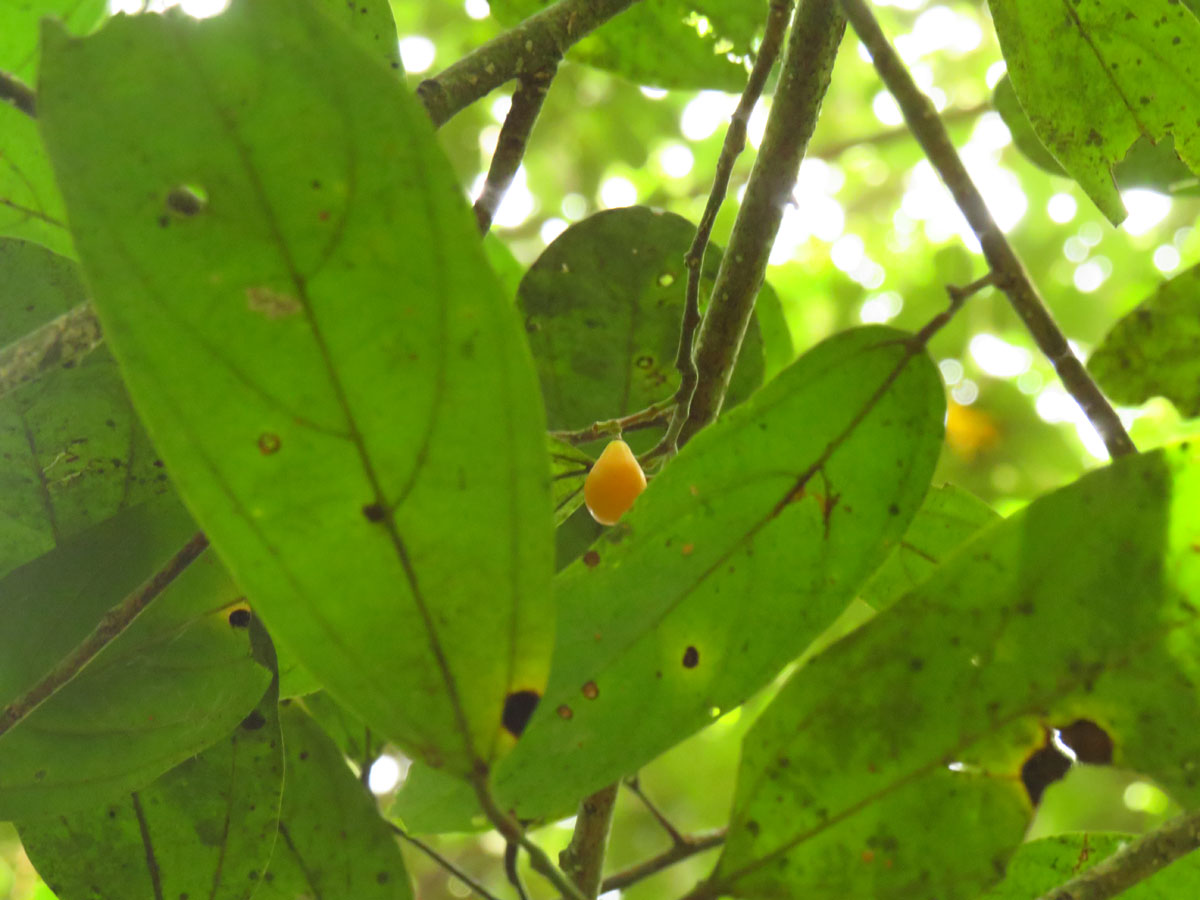 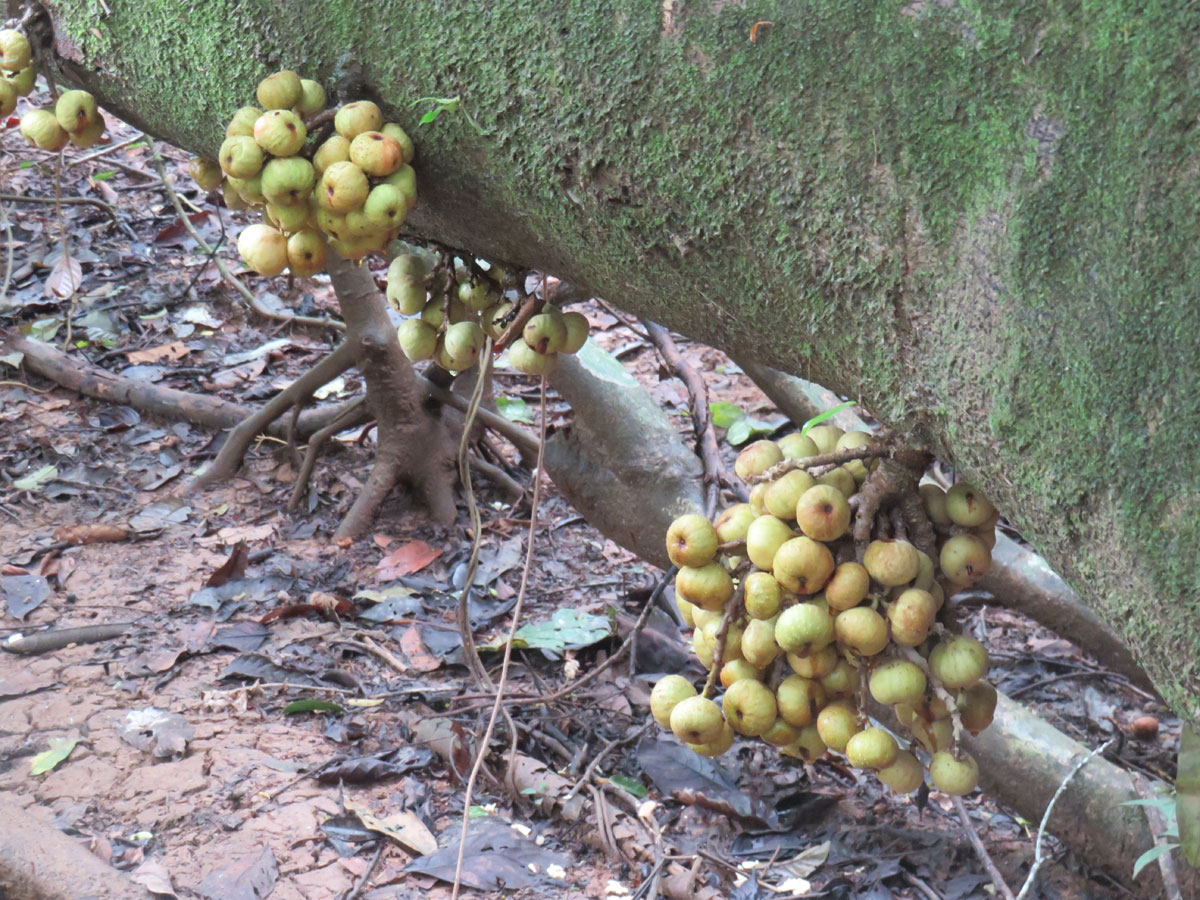 We can learn SO MUCH from orangutans – like, how to survive in the forest! Let’s look at some examples that our monitoring team members put into practice.

In a previous story, we explained how our PRM team members will sometimes go fishing to supplement their diets, especially when camp food supplies run low. In fact, fish is not the only natural food source we have found in the forest. Through observing orangutans, we can get a better understanding of what natural food sources are also safe for humans to consume.

Within forest ecosystems, there are various plant species that are safe for humans to eat. However, those who are not familiar with these forest foods will find it difficult to determine what to eat in an emergency situation. There are many types of fruits and fungi found in the forest that might look appetizing, but are poisonous and dangerous when eaten. This is where we can learn a lot from orangutans!

When observing orangutans, we collect information on the types of foods they consume, which also shows us what plants are safe to eat. We recently learned more about this during observations on Desi and Kimi, two orangutans who reside on Juq Kehje Swen Island.

Desi, who underwent years of rehabilitation at the Samboja Lestari Orangutan Rehabilitation Centre, has strikingly different habits to that of Kimi, a wild orangutan who was recently found near Juq Kehje Swen Island. Kimi is clearly more familiar with a wider selection of natural food sources in the forest, and through our observations of her we have gained a lot of new knowledge. We have even tried some of Kimi's favourite fruits, namely the lunuk or wild fig (Ficus sp.), and loa (Ficus racemose), both commonly found on Juq Kehje Swen Island. After trying these fruits, we have to admit that they taste pretty good!

Meanwhile, from observing Desi we have learned that the drewak (Microcos sp.) and lempaung (Baccaurea lanceolate) fruits are safe to eat, despite the sour taste they leave on the tongue!

On the island, we often see a red fruit known as mondokaki or bongang (Tabernaemontana macrocarpa), but have not once seen Desi or Kimi touch the fruit. If they won’t touch it, then neither will we! We have even read that in some forms this plant can be used a medicine, but in other forms it can be a poison – so better safe than sorry!

We have also tried leaves and herbs in the forest, including edible and spicy zingiberaceae tubes, a favourite among orangutans.

At the end of the day, when you are desperate for food in the forest, would you care much about the taste? More importantly, if you run out of food supplies in the middle of nowhere and still have a job to do, just look to orangutans for clues on what to eat to survive.