Friendship in the Forest: The Story of Released Orangutans Belinda, Long and Arief

November 15, 2017 — On Tuesday morning, three of our PRM team from Camp Nles Mamse – Luy, Cohel and Valerie – headed toward the phenology transect 2 in search of Belinda, a female orangutan we released in July this year. A few days prior, the team had spotted Belinda as they were returning to camp.

Fortunately the team found Belinda not far from the nest she was previously seen resting in. The team began to observe her and collect data on her activities. Shortly after, the team saw movements in the canopy, followed by the appearance of Long and Arief! You might recall this pair's touching story. (Read here on the BOS Foundation website) 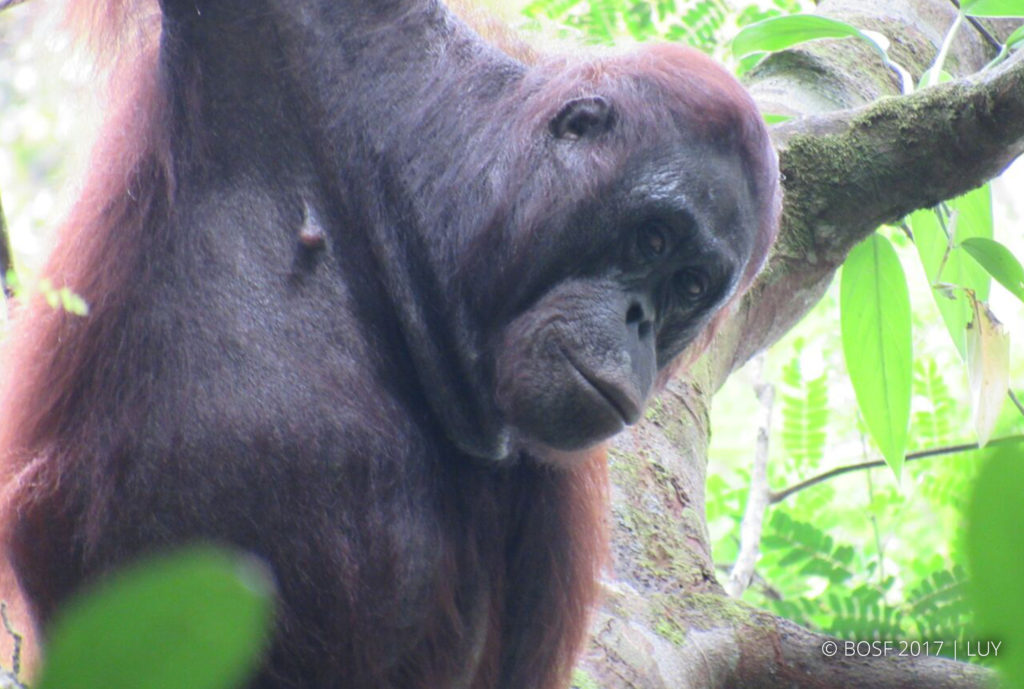 Belinda, aware that Long and Arief were coming her way, greeted them as they arrived, and the three spent time together. Arief seemed to be still quite attached to Long, and kiss-squeaked twice before leaving his adoptive mother’s side to approach Belinda, who couldn’t resist her adorable visitor’s invitation to play.

Arief followed Belinda’s every move, while attentive Long observed and allowed him the freedom to play with his new friend. Belinda didn’t seem to mind Arief trailing her; she paid him attention with loving strokes every now and then, and even shared some of her food with the young male. 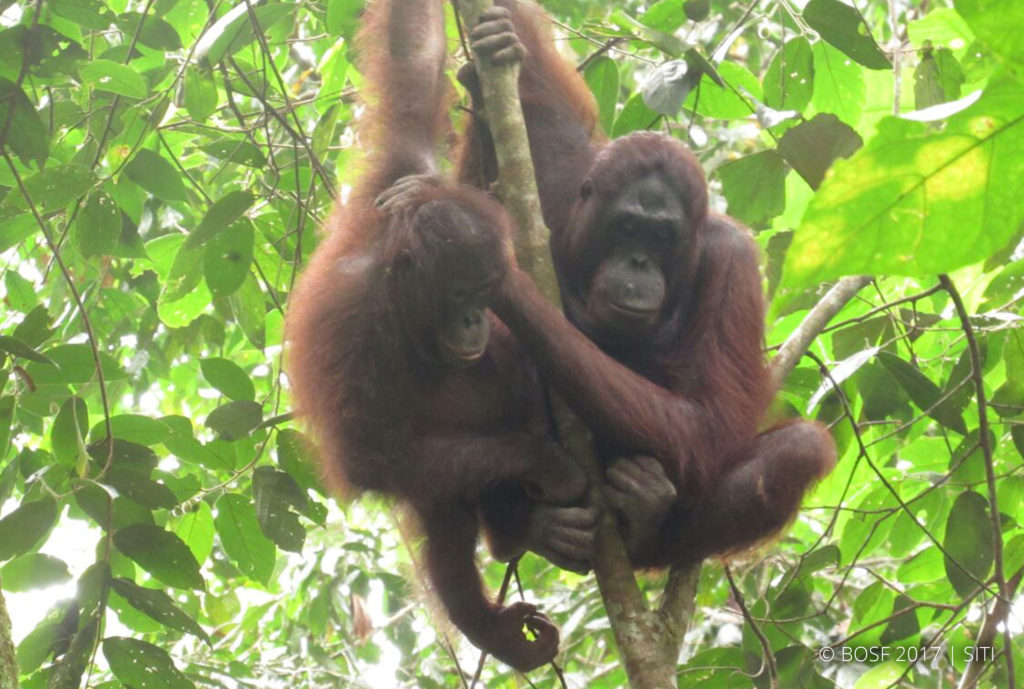 Arief played and wrestled with Belinda, who patiently tolerated her young playmate’s antics. Belinda tried to build a nest, but soon stopped her construction efforts when she realized Arief was still in the mood to play. After some time, Arief returned to Long, giving Belinda the chance to prepare her night nest. 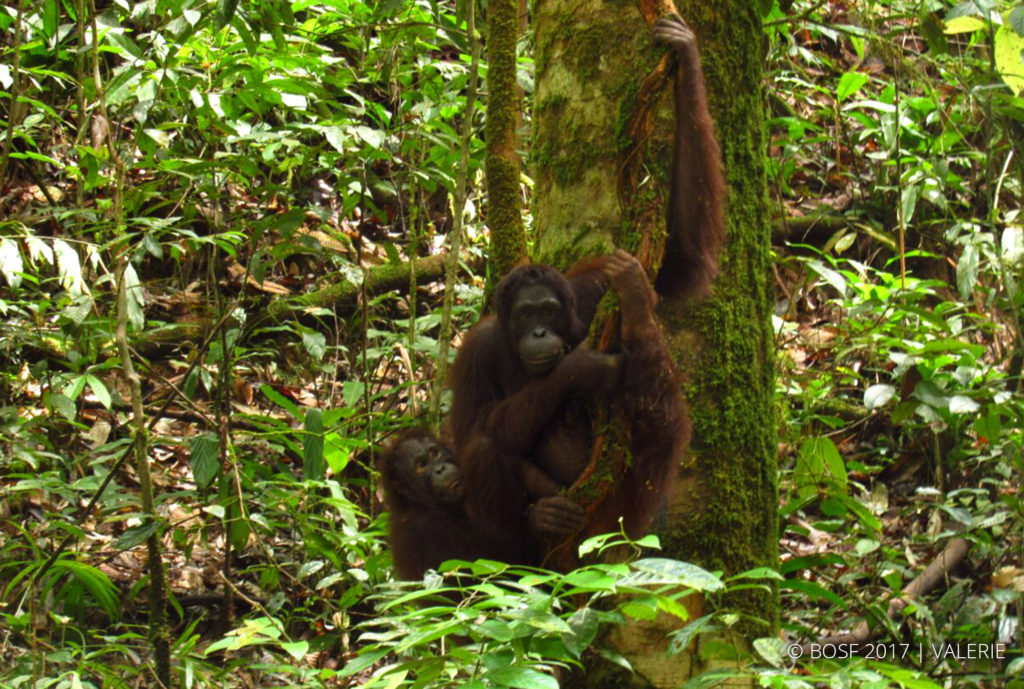 Daylight started to slowly fade and the nocturnal insects began to sound their night choir. It was time for the team to leave the trio to rest for the night.

It was fantastic to have witnessed these three orangutans thriving in the Kehje Sewen Forest. Wrapping up a successful day of observations, the team headed back to camp to share their story of Belinda, Long and Arief.