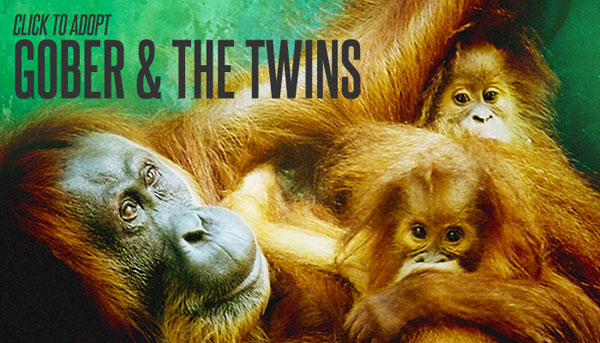 Gober is an elderly Sumatran female orangutan who went blind due to age-related cataracts. When she began raiding farmers’ crops, villagers called SOCP and asked them to remove her from the site. Gober entered the SOCP quarantine center in November 2008. Kept alone at first, in 2009 she was gradually introduced to another blind orangutan, a male named Leuser. Unexpectedly, Gober fell pregnant and in February 2011 delivered healthy twins – a male and female, Ganteng (meaning “handsome”) and Ginting (a common family name from the local area). The infants are thriving under Gober’s care and she’s doing a perfect job caring for them. In 2012, following a surgical procedure on her cataracts, Gober’s sight was partially restored! 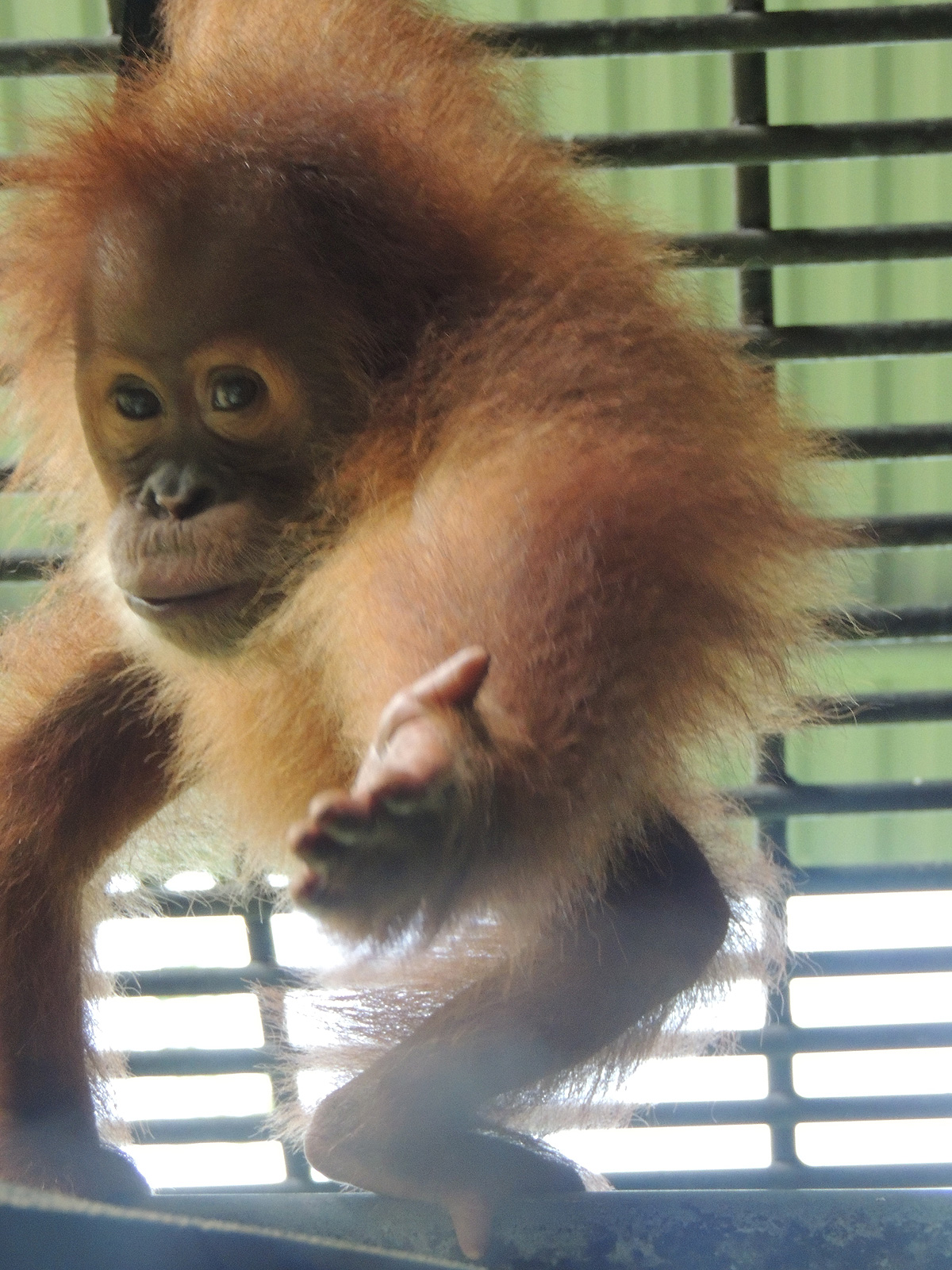