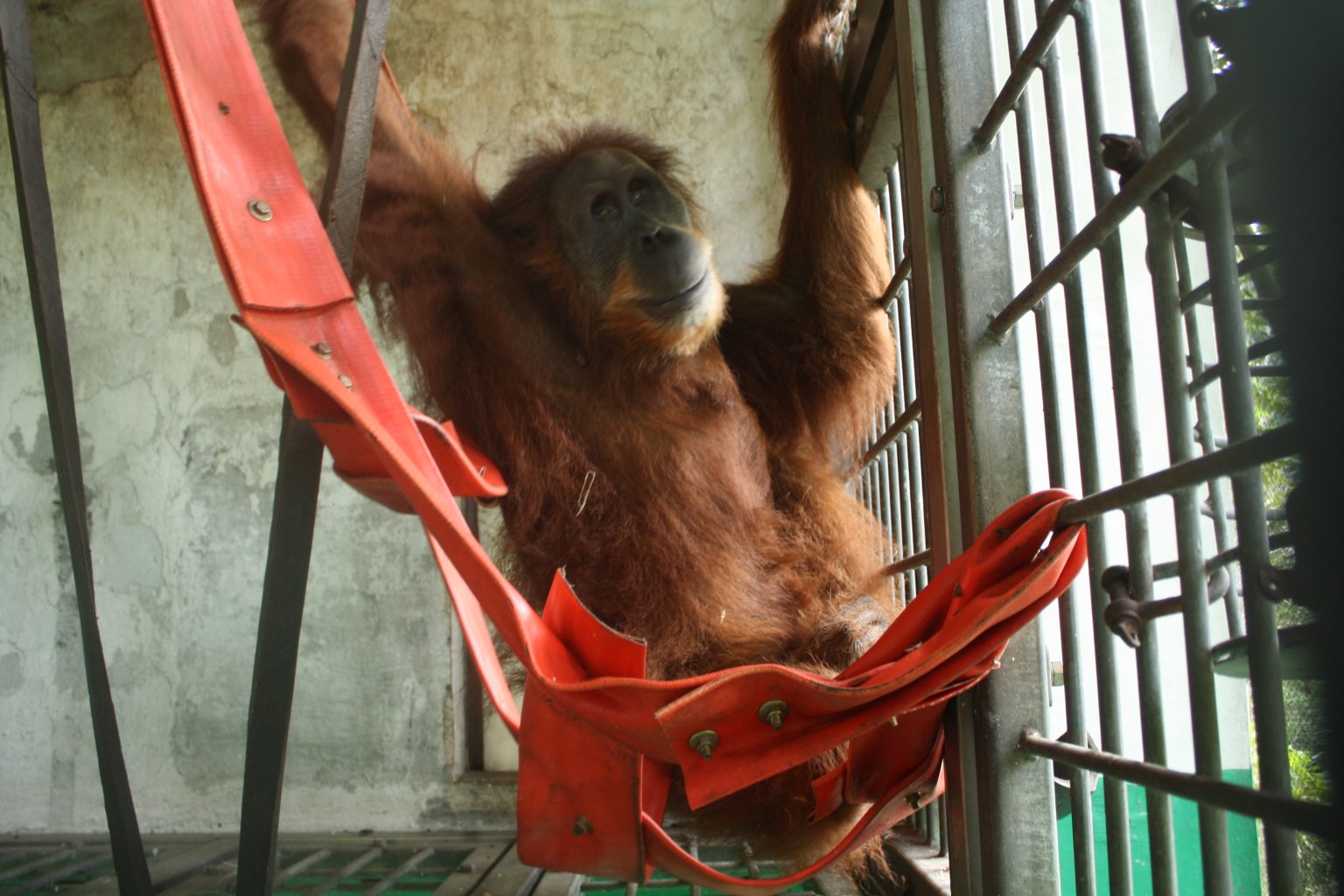 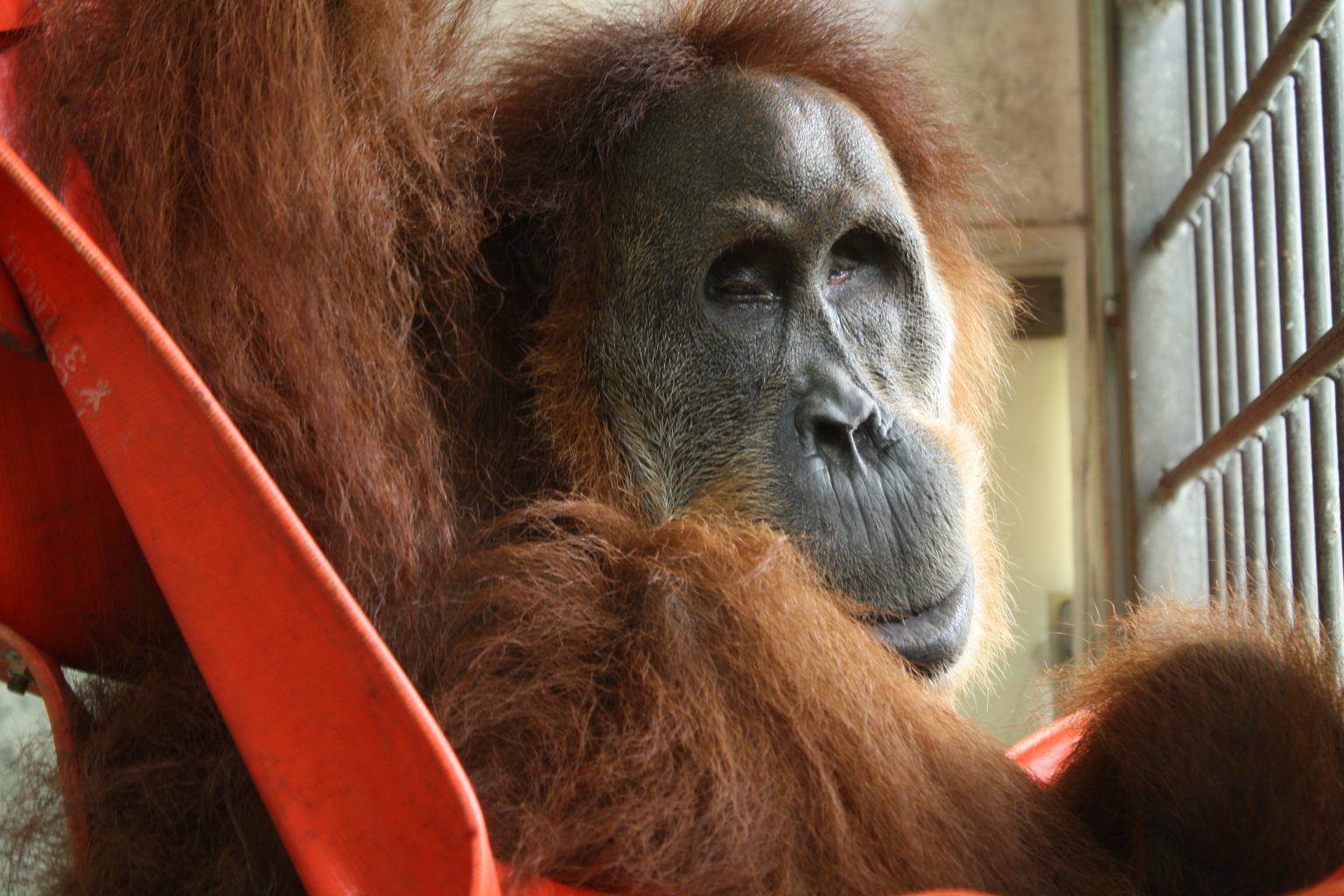 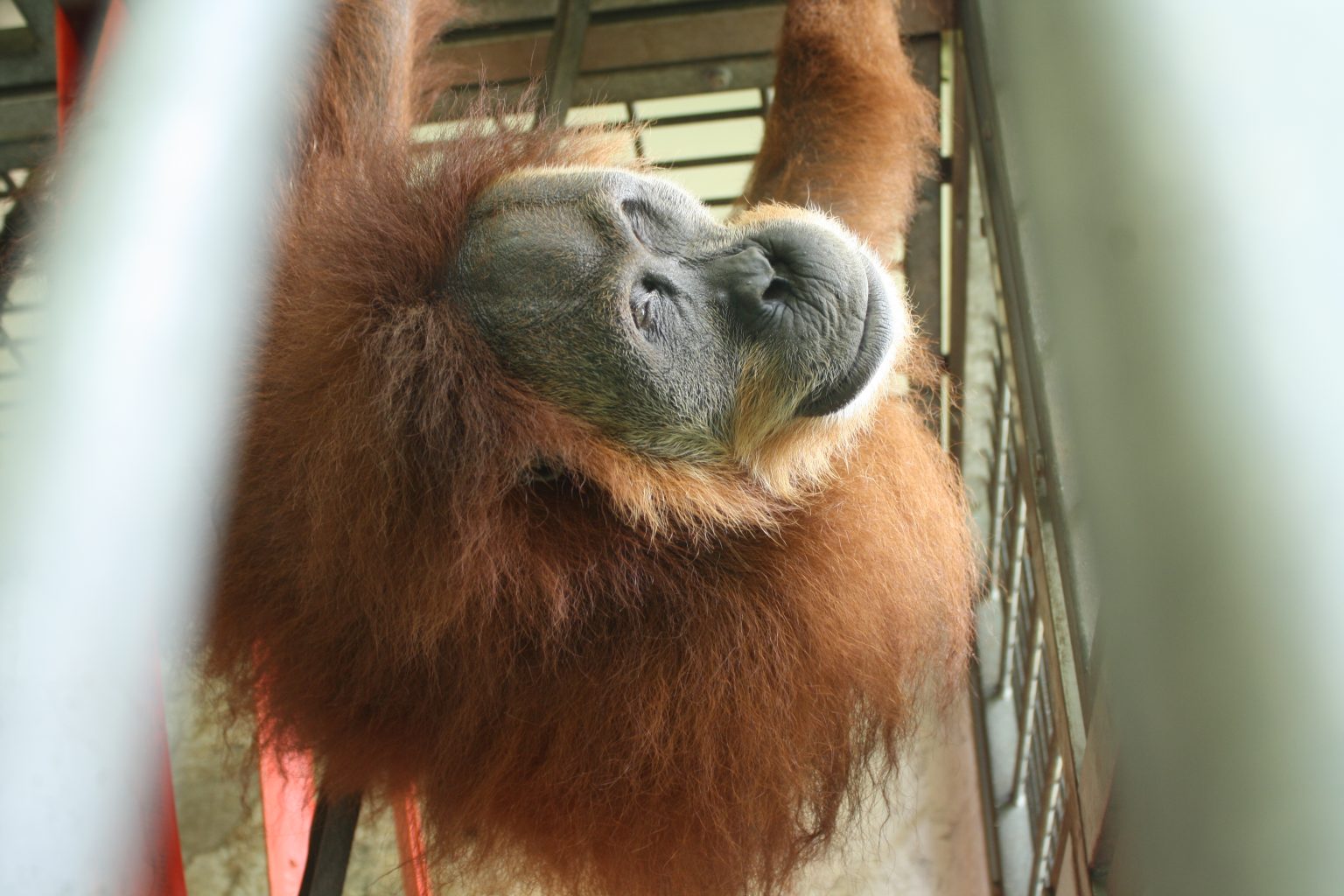 Hope was evacuated early in 2019 from some farmland bordering the forest near the town of Subulussalam, in Aceh province. She had been badly beaten and shot at by one of the local farmer‘s sons living nearby, almost certainly for stealing fruits from their fruit trees, and was unable to flee back to the forest due to the injuries she had sustained. Sadly, Hope also had a very young male infant with her at the time, who did not survive the journey to the SOCP Quarantine and Rehabilitation Centre, succumbing to his injuries.

Hope was in very bad shape when she arrived at the SOCP. She had several deep lacerations, including a very deep hole in her left shoulder. She was also clearly blind! It was discovered by x-ray that she had been shot 74 times with an air rifle, had pellets lodged in both eyes, and a broken collarbone that was already badly infected.

The SOCP veterinary team managed to stabilize her condition over the following days, administering fluids via intravenous drip and antibiotics to help her fight the infection.

A week later the team performed surgery to fix her broken collarbone and tidied up her many other injuries. Since then, Hope has done remarkably well. She is a large and ‘tough’ individual, and has become used to taking food and drinks from her keepers. But she is still blind of course, and remains scared of people. Understandable due to her ordeal.