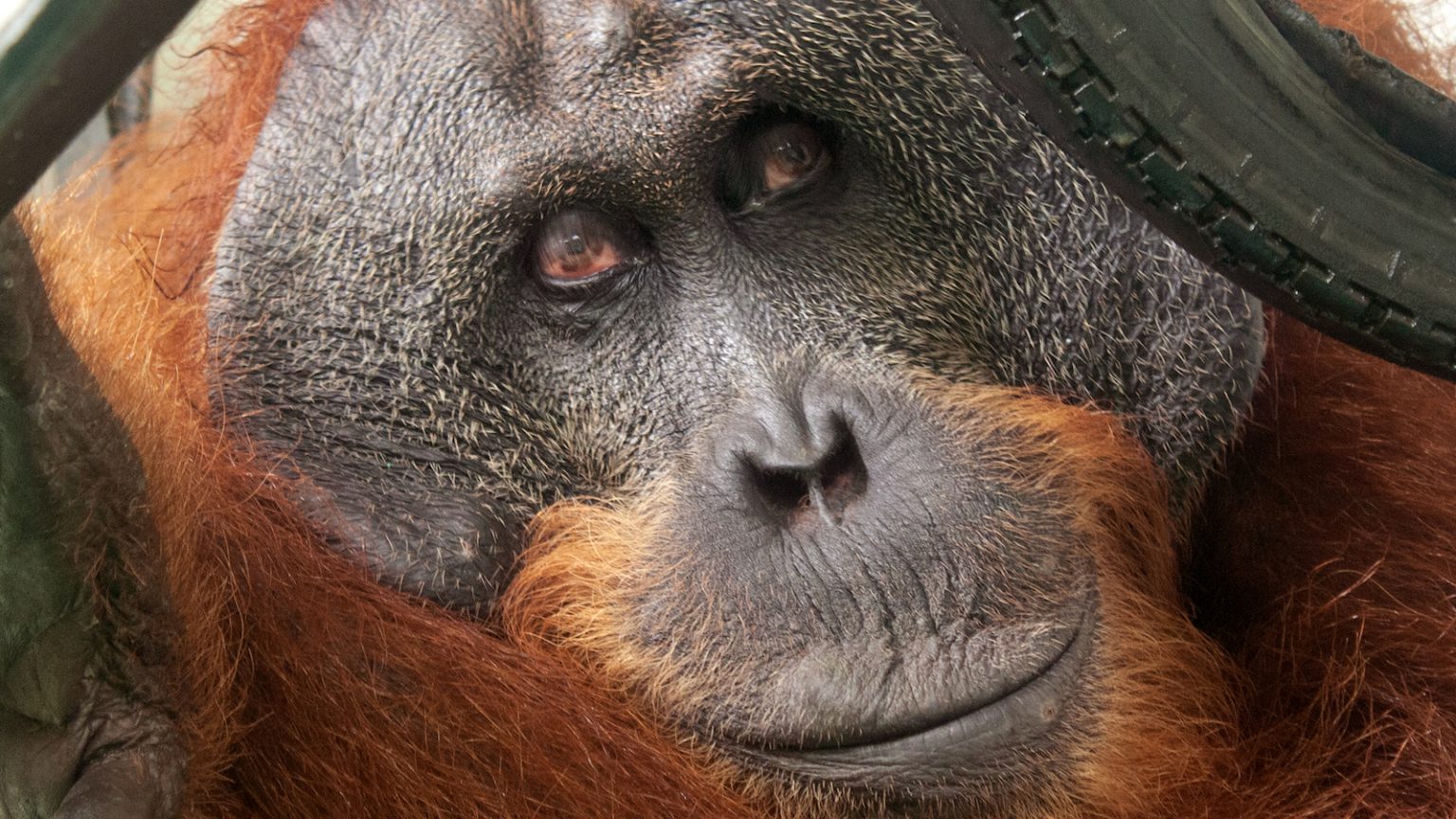 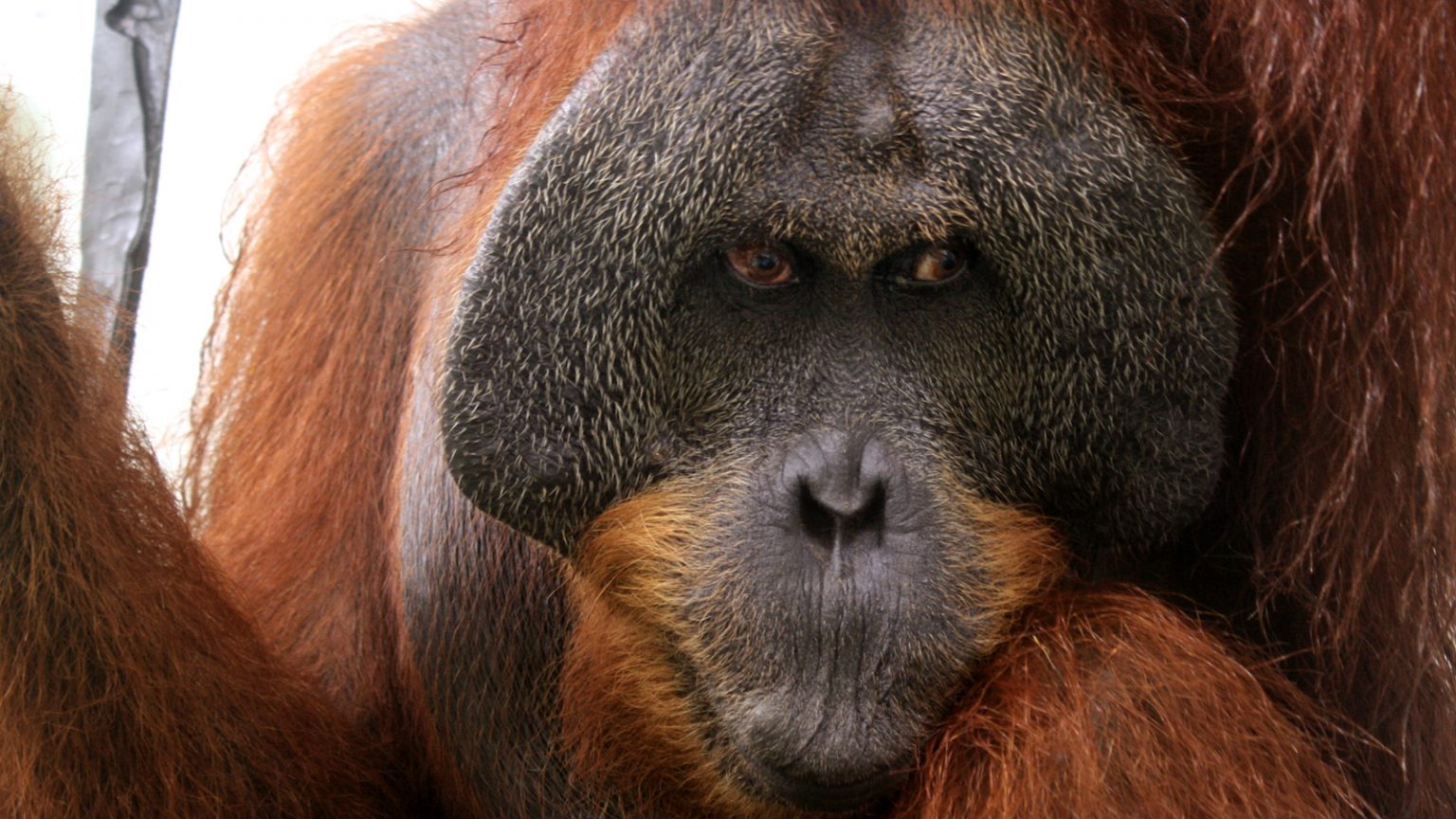 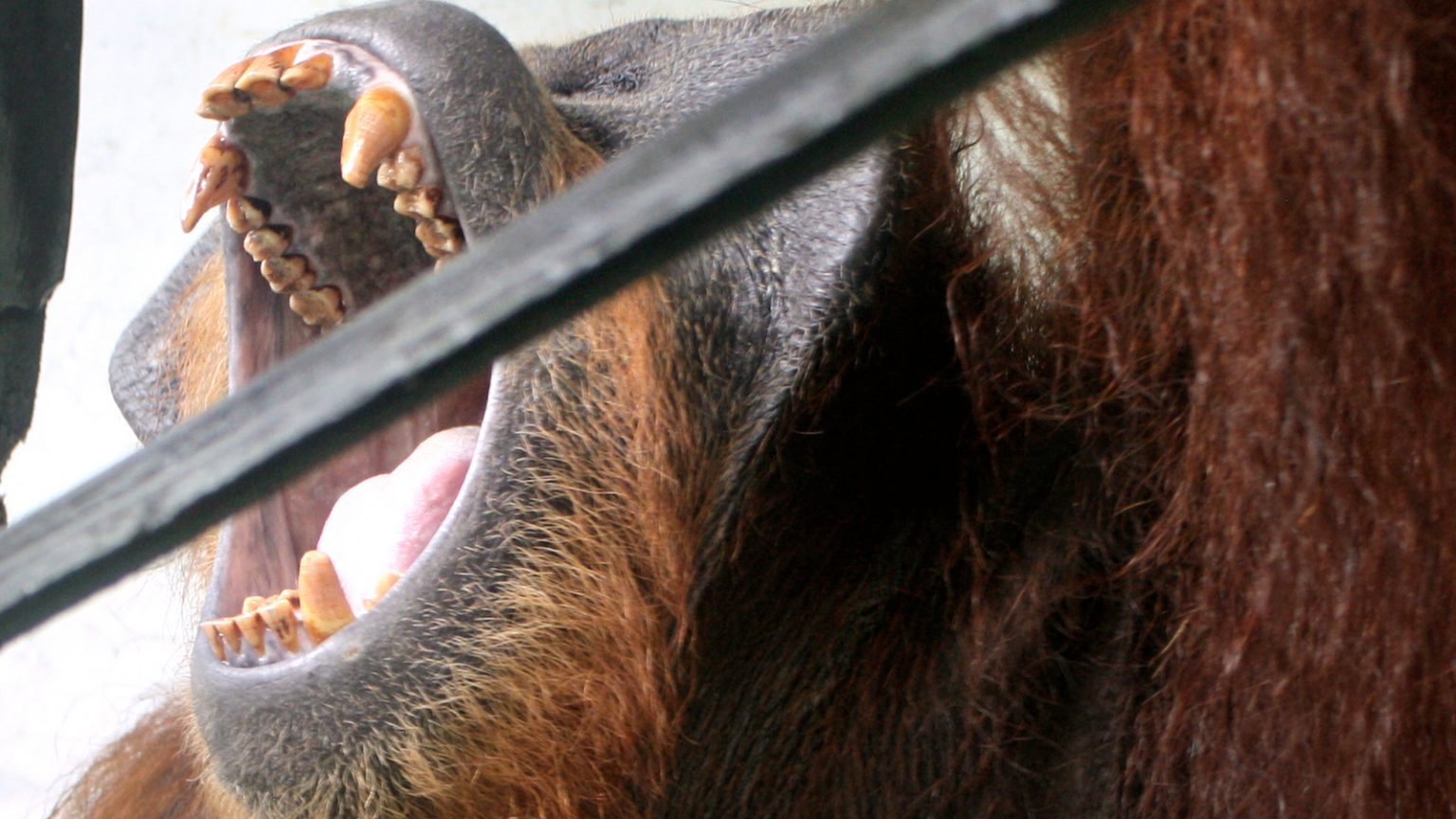 Paguh was evacuated from farmland near Trumon in South Aceh, after he was reportedly wandering around mostly on the ground and was suspected to have difficulty seeing. He arrived with the SOCP in November 2019, and during medical checks by the SOCP vet team, x rays showed at least 26 air rifle pellets scattered around his body, 16 of them in his head and face, including both eyes.

Being a truly wild orangutan, and never someone’s pet, Paguh has always been surprisingly relaxed around his caretakers. Most wild orangutans brought into captivity take a long time to adjust and get used to the idea that they are actually safe. In the beginning Paguh had to be hand fed too, but nowadays the keepers can simply place his food in a special empty tyre hanging on his cage bars and he immediately knows where it is. Paguh nowadays also makes occasional ‘long calls’ – the loud calls made by adult male orangutans to let all the other orangutans know where they are.

Despite his progress, Paguh will never be able to survive in the wild again due to his blindness and is destined to spend the rest of his days with us at the Orangutan Haven.