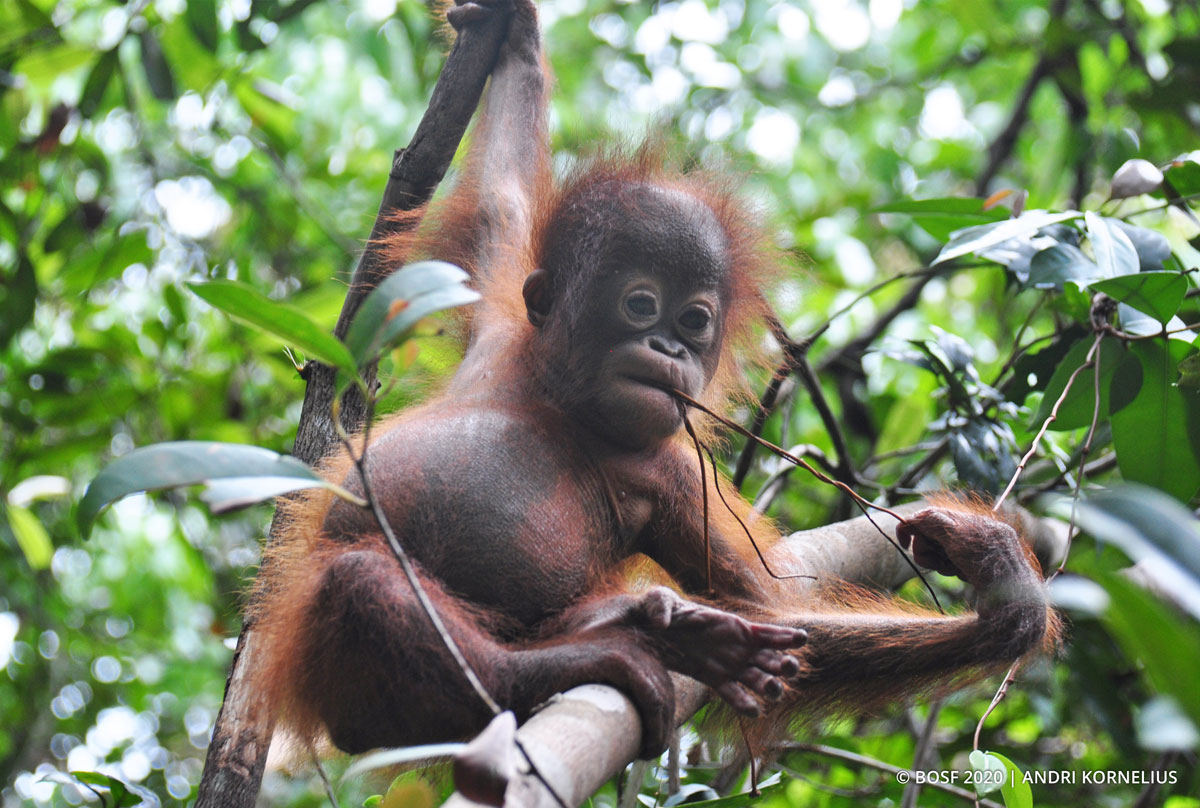 The Central Kalimantan BKSDA brought Jeni, a female baby orangutan, to the Nyaru Menteng Orangutan Rehabilitation Centre on 24 August 2020. Upon her arrival at the centre, 10-month-old Jeni weighed in at only 5.0 kg. She had dry skin, and wounds on her back and one of her legs. From these wounds, it was evident that Jeni had experienced a traumatising time in captivity.

In her early days of quarantine, Jeni had difficulty adjusting to her new surroundings. She was having problems with her leg injury and was showing signs of shock. This was not surprising, since she had not long ago experienced the trauma of being separated from her mother. In the wild, baby orangutans depend fully on their mothers to survive and to learn life skills from, until they reach independence around the age of seven or eight. Losing their mother at such a young age causes severe trauma. Our medical team and surrogate mothers were determined to ensure that Jeni would feel comfortable and safe in her new environment. 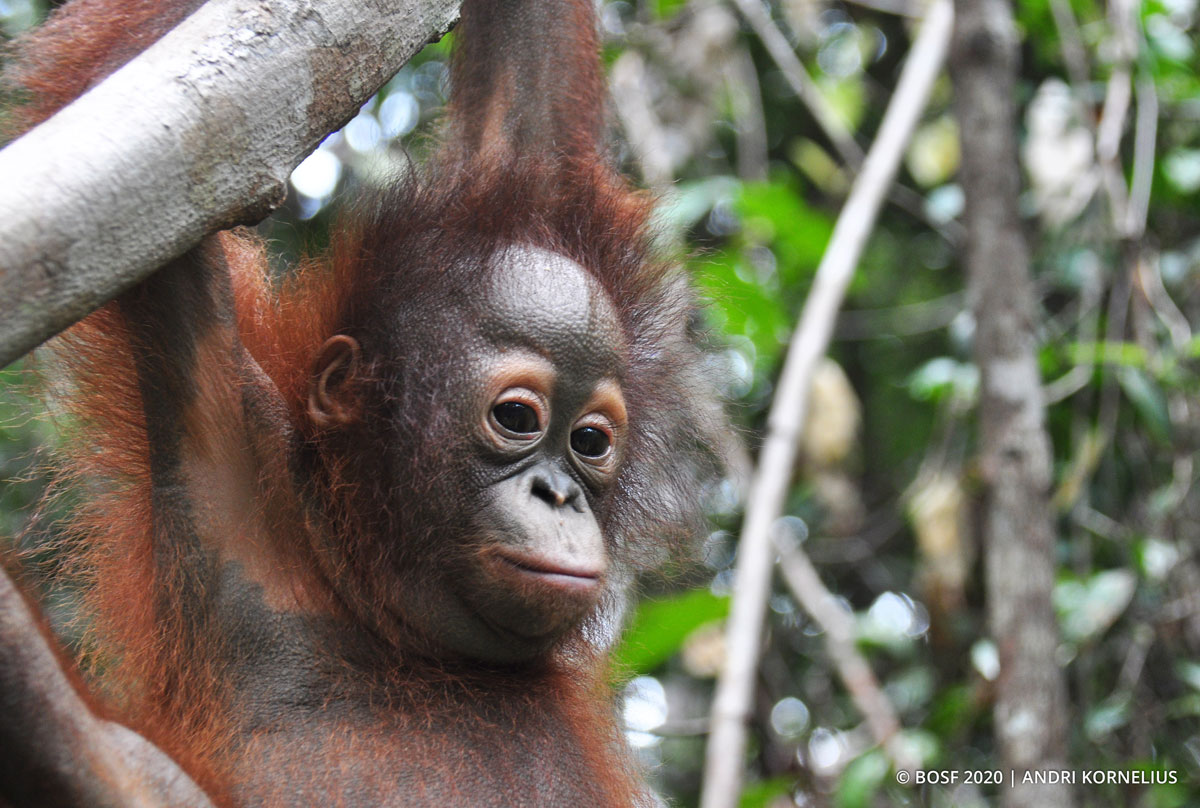 And our team’s hard work paid off: Jeni has since grown comfortable with her new life, and in September joined the other young orangutans in the Forest School Nursery Group. She now shows us daily her love for climbing trees and her healthy appetite.

Alexander was rescued on 25 August 2020, by a wildlife rescue team from the Central Kalimantan BKSDA. He was estimated to be around 9 months old at the time of his rescue, and was claimed to be found by a resident of Pahawan Village, in Banama Tingang Subdistrict, Pulang Pisau Regency.

The Pahawan resident who found Alexander alleged that he had seen an adult female orangutan being attacked by a dog. The female was carrying a baby at the time, but had fled the scene in a panic and left her baby behind. The resident came to the baby orangutan’s aid and placed him in a cage for about a week, before he was collected up by a team from the Central Kalimantan BKSDA.

After 11 days of treatment in a BKSDA facility, Alexander was handed over to the Nyaru Menteng Orangutan Rehabilitation Centre, on 5 September 2020. During the routine examination at the quarantine facility, we found that he weighed in at only 3.5 kg. He also had dry skin, matted hair, and wounds on both legs and arms.

During his two months of quarantine, Alexander experienced digestive problems and his stomach was visibly bloated. He initially refused to drink the milk offered by the surrogate mothers. As with Jeni, Alexander was going through a stage of grieving, after losing his mother. Our team continued to work hard to ensure that Alexander felt comfortable and safe. 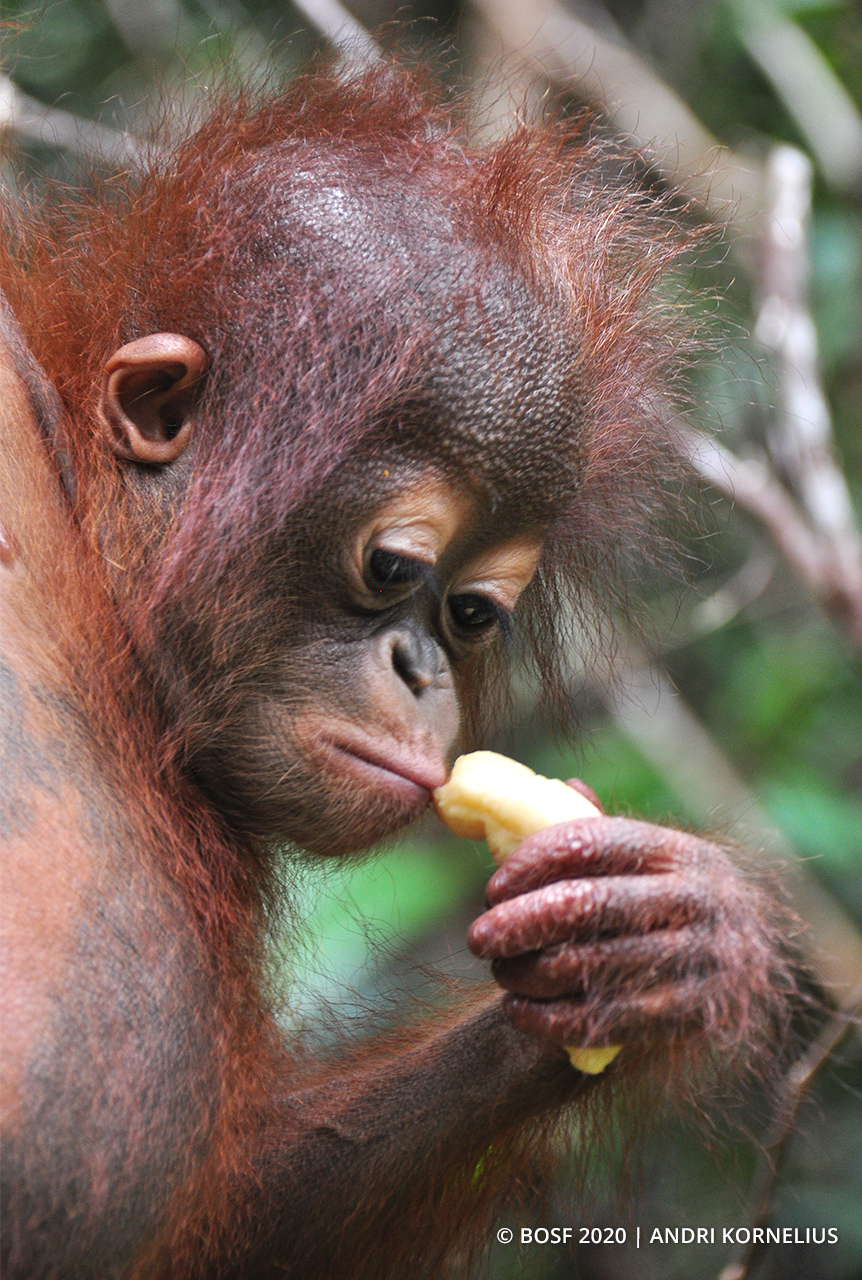 Alexander is now showing positive signs he is recovering from his trauma and adjusting to his new life. In early November, he joined other young orangutans in the Forest School Nursery Group. He now enjoys playing in the trees with his new friends, including fellow new arrival, Jeni.

We sincerely hope these two young orangutans can progress through the rehabilitation process and pass with flying colours, so they can one day get the chance to live wild and free in the forest, where they belong.