Orangutan Releases: Miko in a Pickle 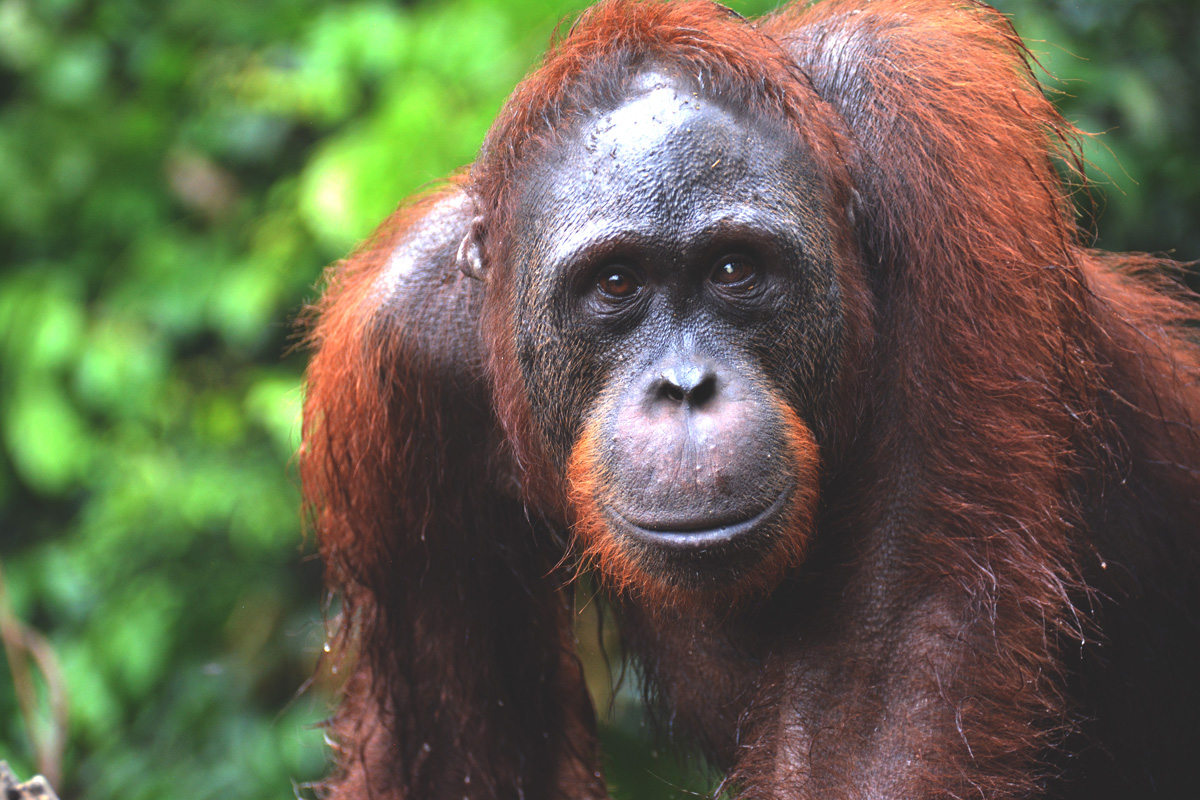 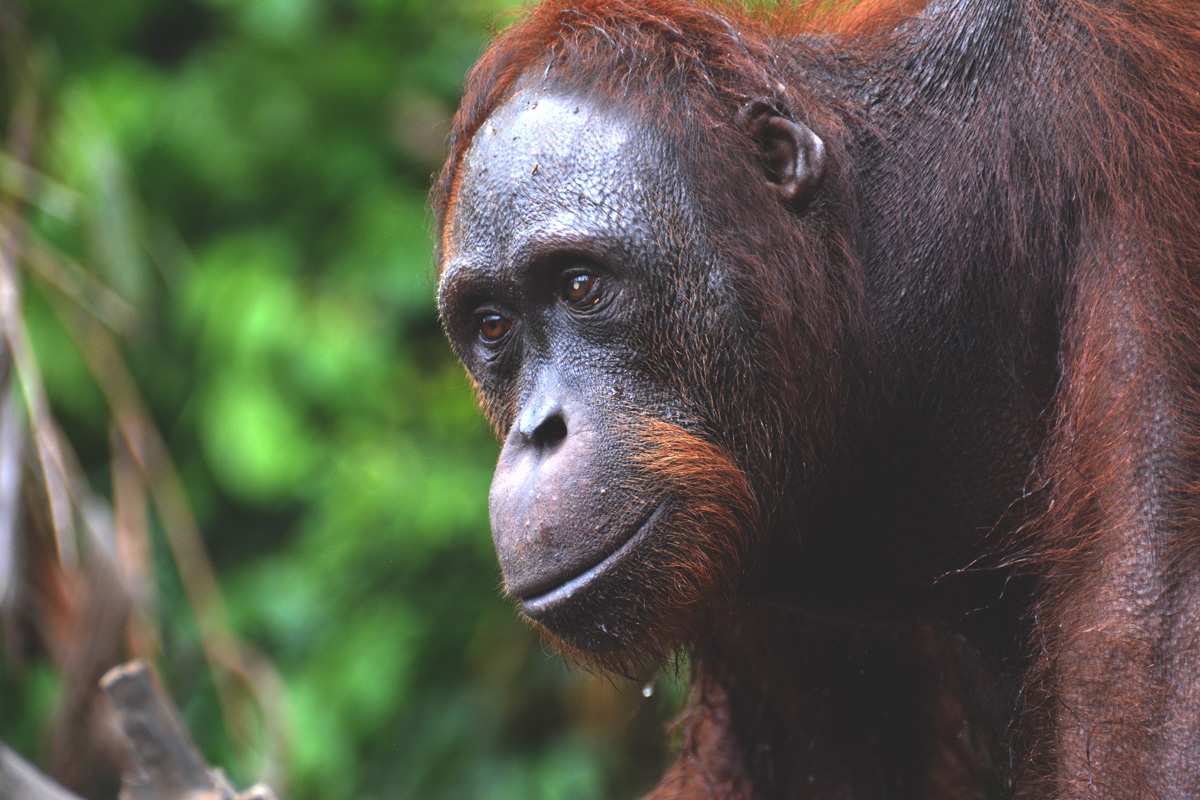 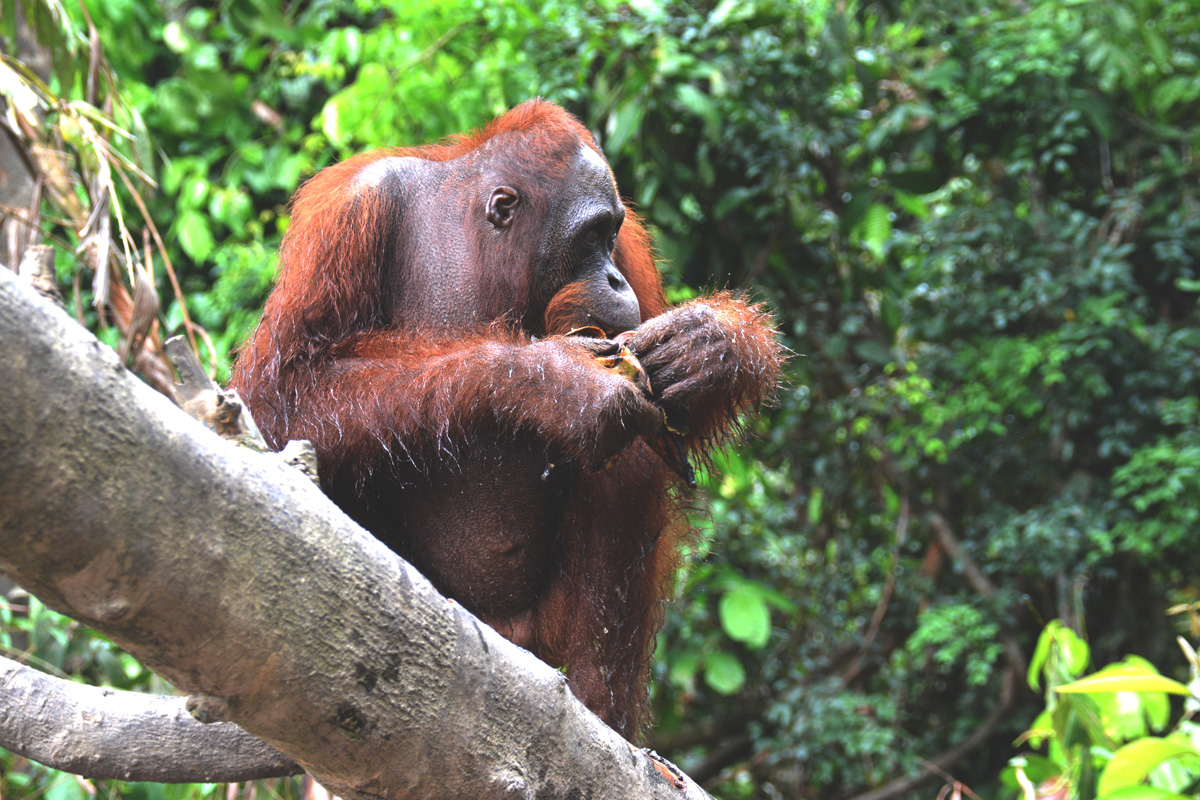 Every orangutan release operation is carefully planned, from how we obtain food for the teams to the exact location where each orangutan is released. We choose these points based on general orangutan ecology regarding their ranging needs and the individual personalities of the orangutans being released.

In our most recent release from the Nyaru Menteng Orangutan Rehabilitation Center, Suci, Mony, Pickle, and Miko travelled together to the release site on an journey that faced its fair share of unexpected challenges. However, less than 24 hours after their departure from Nyaru Menteng the four orangutans arrived in the Bukit Baka Bukit Raya National Park, in the remote Hiran watershed.

Due to their docile dispositions and the existing friendly relationship between the two males, Miko and Pickle, the team chose to release them at the same location about an hour north of the post-release monitoring (PRM) Camp.

Suci was the first to be released from her transport cage and after a short glance back at the humans who released her, she climbed into a tree and never turned back again. Pickle’s release followed next but was not at smooth. The male, understandably agitated from his long journey, decided he would rather stay on the ground close to the humans, rather than take to the trees. The team worked to quickly release Mony, who immediately joined Suci in the canopy to forage, and finally, Miko.

Miko’s transport cage was opened by Denny Kurniawan, the manager of Nyaru Menteng. Similarly to Pickle, Miko was not pleased to see his human onlookers. He expressed his displeasure by rolling his cage before finally catching sight of Pickle. The two males used to be on friendly terms but given their agitated states and Pickle’s dominance over Miko, the team was concerned we misjudged the situation and a fight could potentially break out.

We positioned ourselves to keep them separated, but quickly realised the best strategy at this moment would like to be to reduce stress and human presence. The release teams departed, leaving only the PRM team and vet behind. Half of the team followed Suci and Mony as they adventured into the jungle together, feeding on natural foods and eventually making nests in the canopy.

The other half of the team stayed with Miko and Pickle. Upon the departure of the release team, Pickle immediately calmed and just observed the remaining humans and Miko from the top of the riverbank. On the other hand, Miko seemed to still be interested in humans, but only one human in particular, Vet Arga. Arga has worked at Nyaru Menteng for many years. He has been there for Miko through much of his rehabilitation, and Miko clearly remembered that. He wanted to be close to Arga, so we had no choice but to temporarily banish Arga to the boat.

Once he finally took a moment to take in his surroundings, Miko ate some bamboo leaves and then approached Pickle. We held our breaths.

The two started to exchange some physical grabs but Pickle’s low-intensity dominant postures over Miko were met by Miko inviting him to play with his gestures. A few long seconds later and Pickle responded to Miko’s invitation, and the two males began to play on the beach where they were released – a first in the history of PRM observations in Hiran.

About twenty minutes and many bouts of play later, a sudden and heavy downpour dampened human and orangutan spirits alike, as everyone took to sitting in the rain, waiting for it to pass. Eventually the sky lightened again and Miko returned to snacking on bamboo leaves while Pickle played in the sand.

When he grew tired, Miko used old branches to fashion a nest on the ground. From there he watched his human observers for a time before eventually turning in for the night.

The first day in the jungle can certainly be an intimidating one. Would we have preferred to see Miko spending more of his time foraging and nesting up in the canopy? Most certainly. However, the stress of a long journey leaving one feeling agitated and tired is a feeling that we can all sympathise with. We are enheartened to see the bond between Pickle and Miko grow even stronger on their first day in the forest and remain optimistic that the two will also grow into their new roles as wild orangutans!

Good luck Miko and welcome to your forever home!