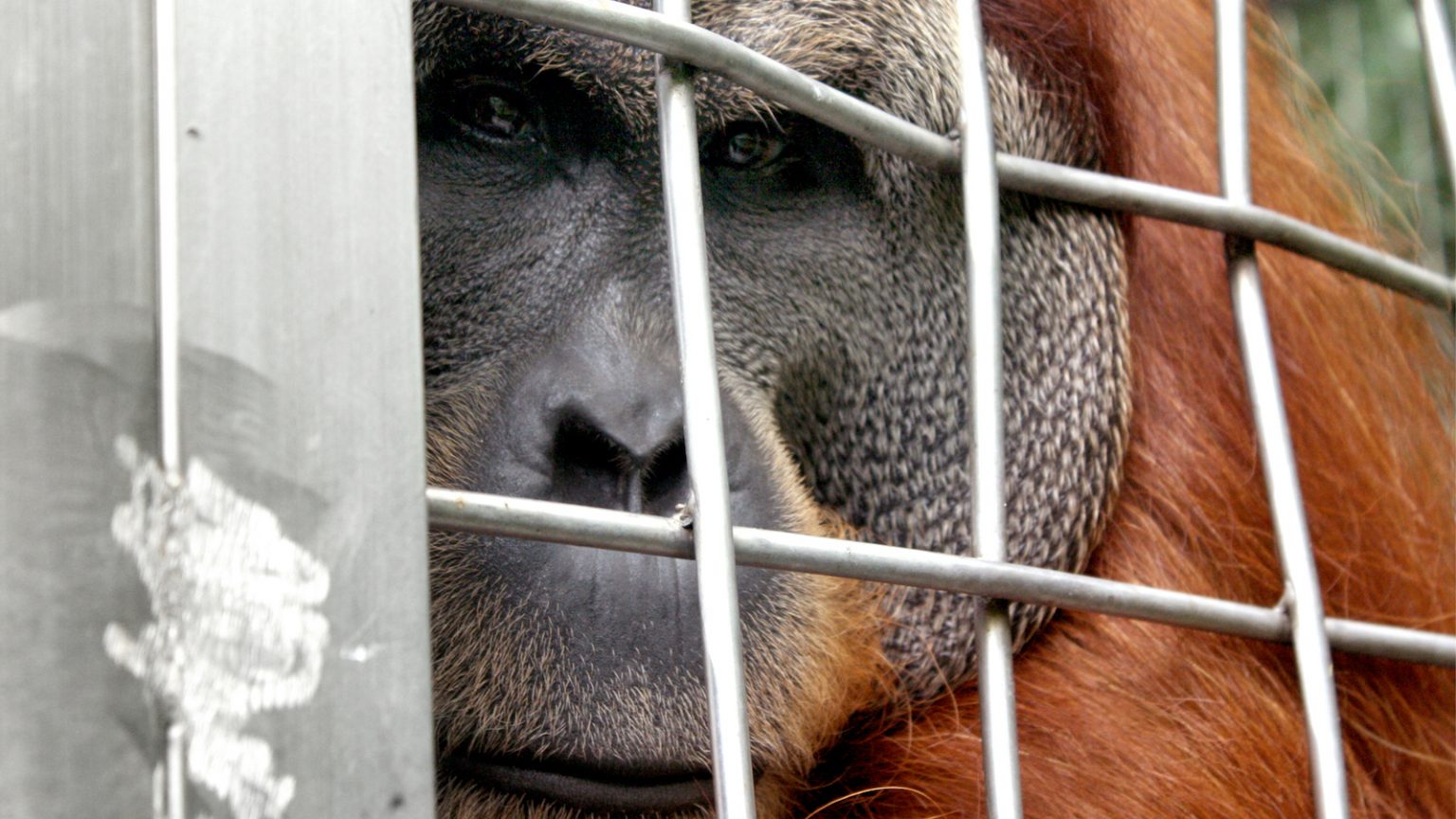 Fahzren grew up in captivity in Malaysia, ultimately ending up in the care of one of the zoos there, where it became apparent to the Malaysian wildlife authorities. Eventually they realized that there were no documents relating to his birth or import, and that he must therefore have been smuggled into the country illegally.

As required by the Convention on International Trade in Endangered Species (CITES) he was repatriated to Indonesia, arriving at the SOCP in 2013. When first informed about Fazhren the SOCP were told that he was only around 11 years old, which would have meant releasing him to the forest would still have been possible, but when he arrived he was already a fully mature ‘cheek-padded’ male, most likely well over 14 years old. As he was already so large and powerful, and as he’d spent all of his life in human hands, most probably even trained to do “shows’ in Malaysia, the SOCP considered it too risky to release him to the forest, where he would most likely bump into people from time to time and would be a potential danger to them. This is disappointing for all at the SOCP as there is otherwise nothing wrong with Fahzren. He is a fit, healthy, and some might say extremely handsome orangutan, but sadly will spend the rest of his life in captivity.