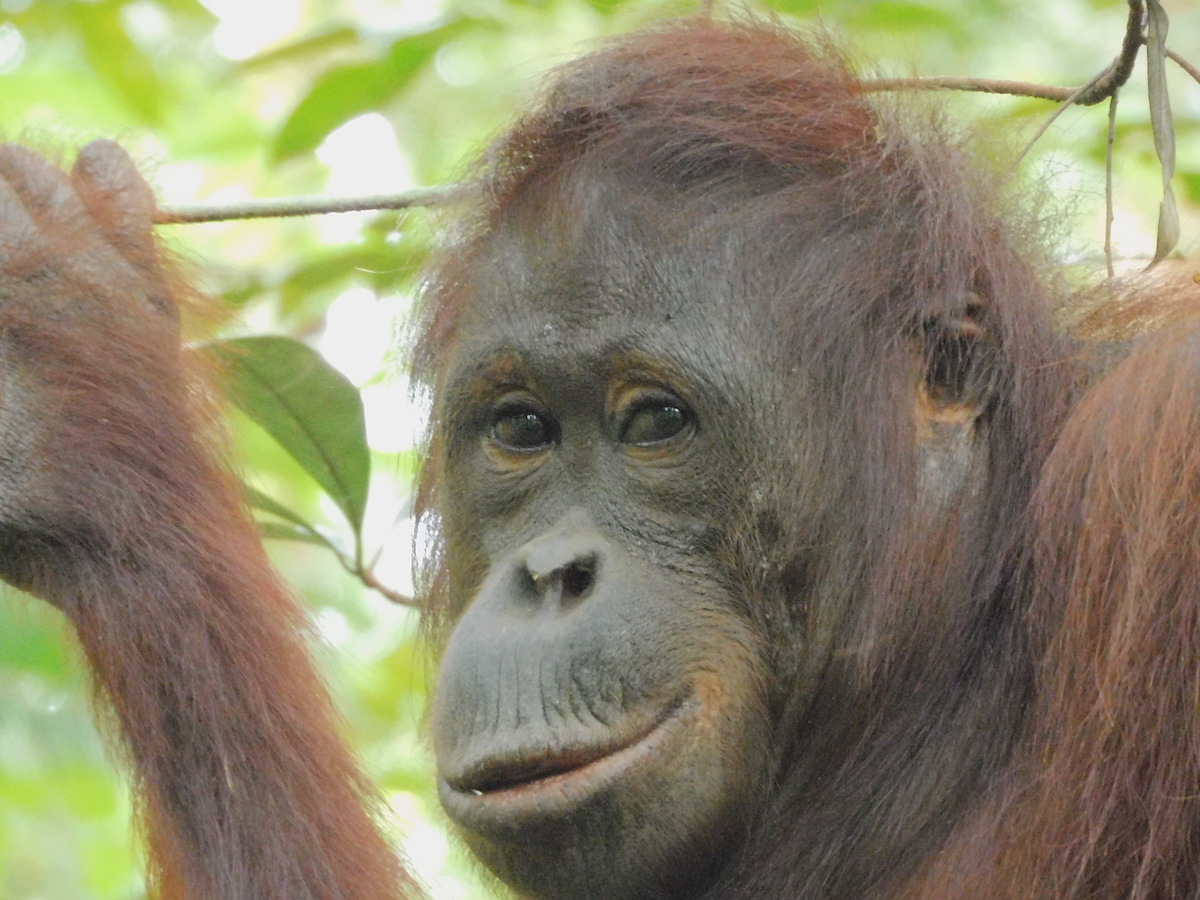 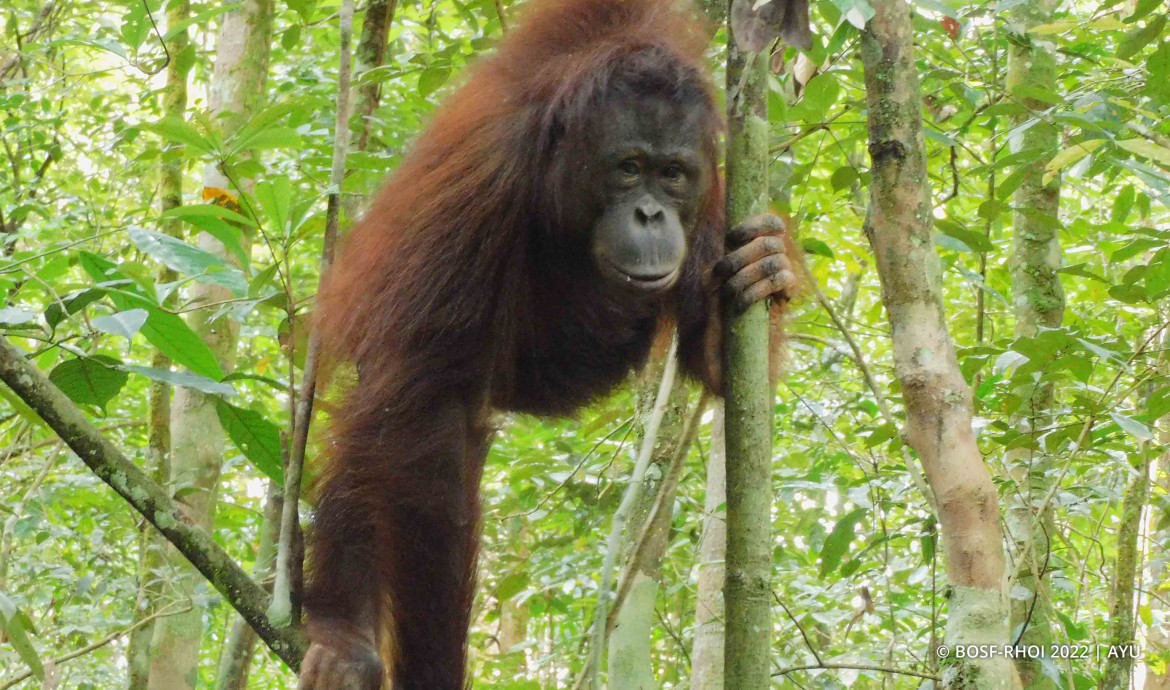 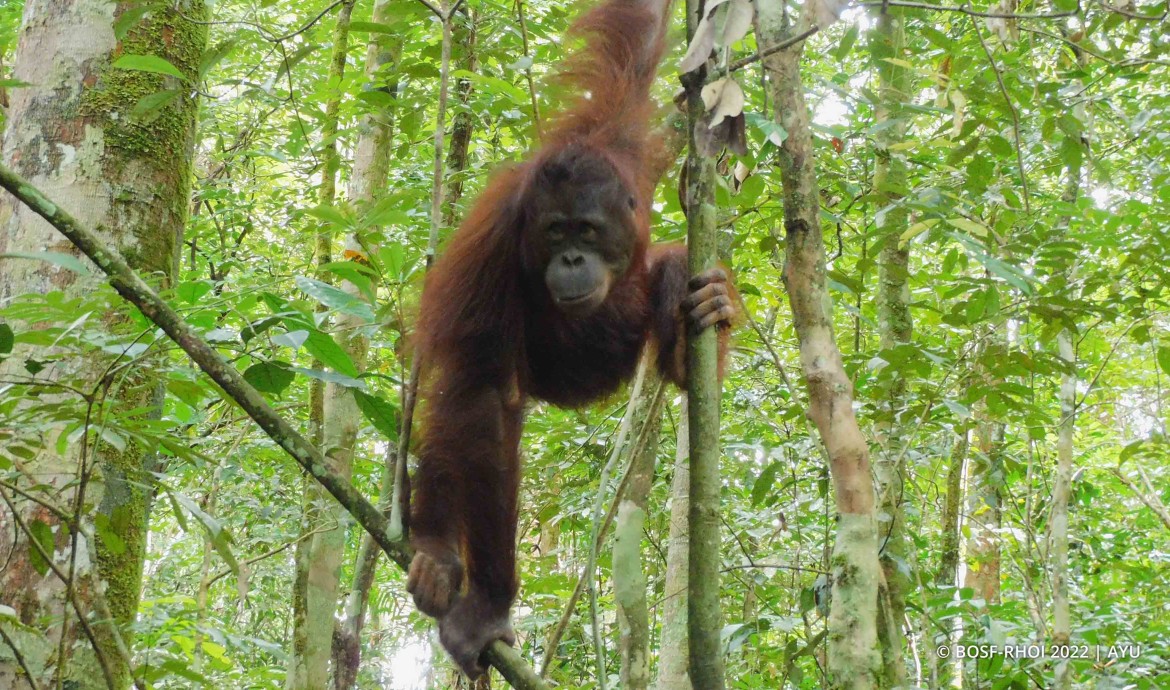 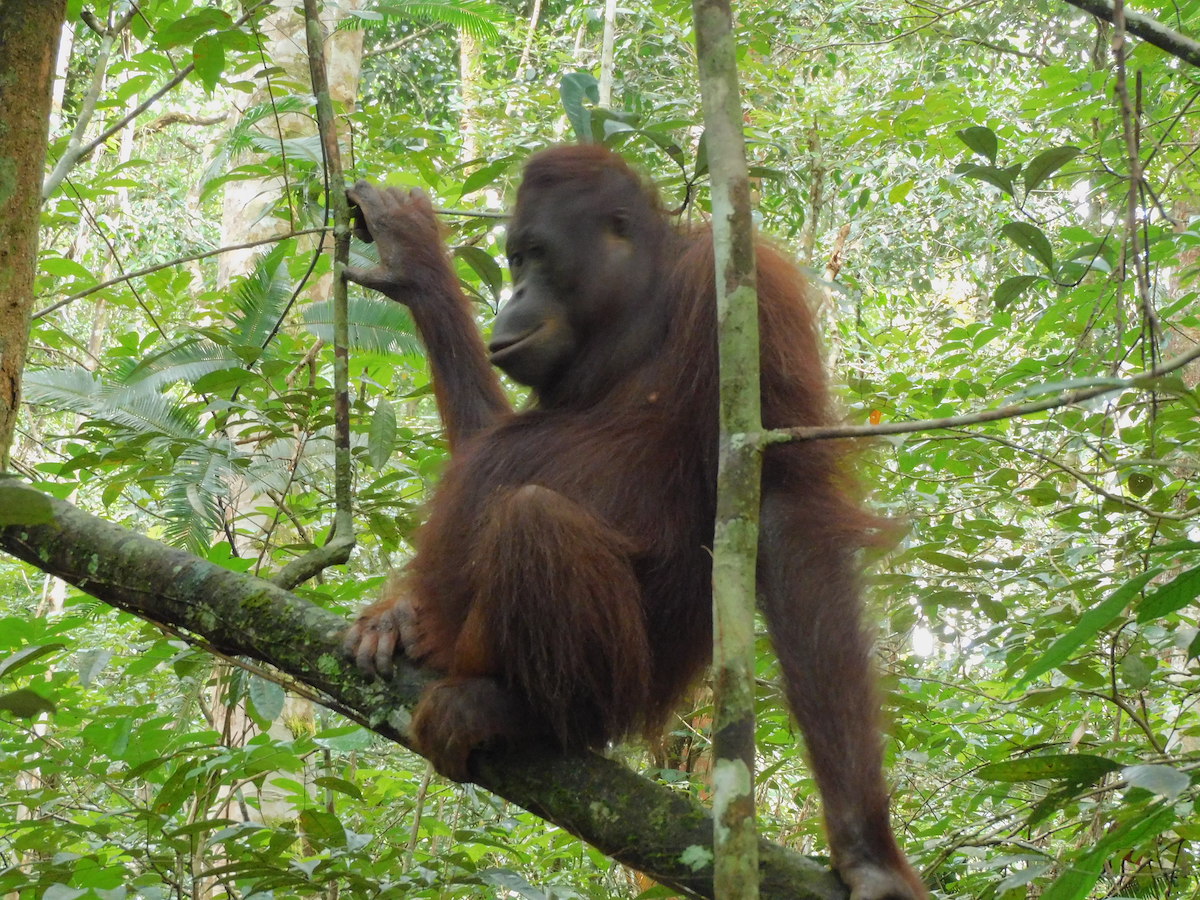 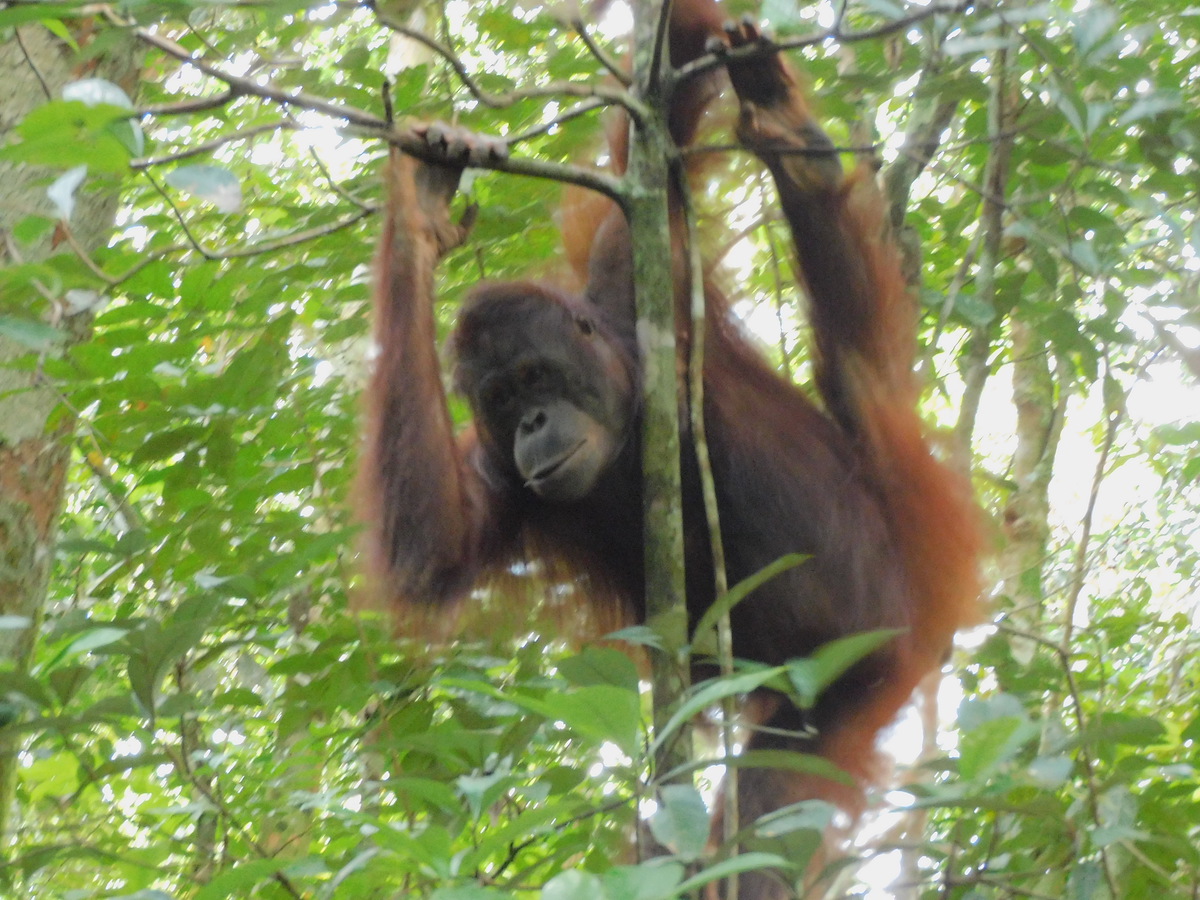 One of the tasks of the BOS Foundation Post-Release Monitoring (PRM) team involves collecting data on the phenology of natural-occurring plant species in orangutan habitats. While conducting phenological surveys, our PRM team occasionally meets orangutans as well. Let’s learn about one of these encounters that occurred during a recent phenology survey!

In February, our PRM team from Camp Nles Mamse in the Kehje Sewen Forest, East Kalimantan, conducted a phenological survey in a special area approximately two hours walk from camp. Phenological surveys are typically conducted in areas with natural food sources for orangutans. While trekking along the main route, the team found traces of orangutan foods, such as suli, also known as Etlingera sp. or wild ginger.

Upon arriving at the survey site, the team immediately split into two. The first team moved to an area known as Phenology 2, while the second team went to Phenology 4. After an hour of surveying, the second team heard the sound of rustling branches. At first, the sound was thought to be from a monkey or gibbon. However, not long after, an orangutan appeared. Not afraid of the team's presence, she came closer. From the top of a tree, the female orangutan climbed down branch by branch, while our team waited vigilantly, preparing to identify her.

As she approached, our team noticed she was quite large, but her face was unrecognizable. She looked healthy and had thick hair. She kiss-squeaked, indicating that she did not appreciate the team’s presence. While she sat on a branch waiting for the human intruders to leave, our team members took photos of her face from several different angles, to later identify her back at camp.

Our PRM team members resumed the phenological survey as originally planned, but the orangutan shadowed them. The terrain soon revealed an unfavorable descent, so the team decided to reroute towards the riverbank. The team noticed that the orangutan was still following along; She seemed determined to keep an eye on the humans that were trespassing in her part of the forest.

However, the team had not finished conducting the survey. After waiting some time for the female orangutan to move on, the team grew concerned that she was overly comfortable with humans. Eventually they made the decision to shoo her away with loud noises and by banging the trunk of the tree she was perched in. The team’s attempts were successful, as she soon moved off through the high canopy, where she could not disrupt the survey process below.

After our team members completed the survey, they rushed back to camp to try and identify the mystery orangutan. Through comparisons with other photos, they soon discovered that the female orangutan in question was Erina, who was released in 2018. Based on our records, Erina was previously known as a beloved and playful individual.

How delighted our team was to encounter Erina in such good condition, after last laying eyes on her in September 2021!

Read more about Erina and her bestie Cheryl.