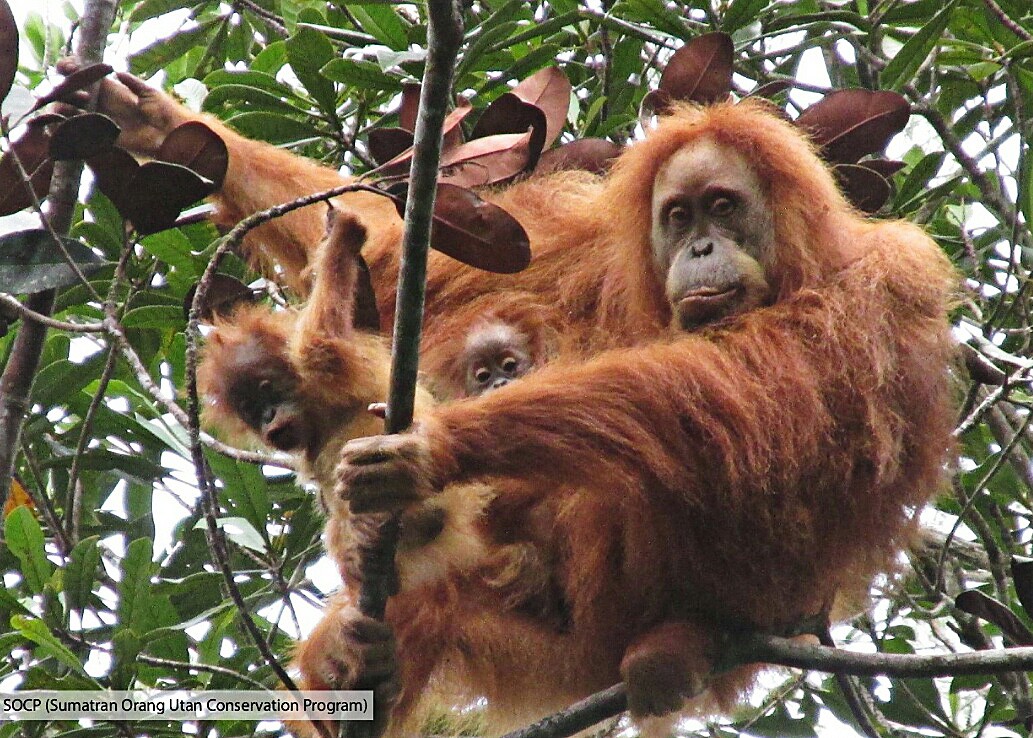 This story originally appeared on July 11, 2018 in the Jakarta Post.

The three Tapanuli orangutans were spotted in May in a tree at a height of around 15 meters in the early afternoon.

The staff members of the Sumatran Orangutan Conservation Program (SOCP), Andayani Oerta G. and Ulil Amri Silitonga, who are both based at the Batang Toru forest observation post, were on their regular patrol round when they spotted the orangutan family.

“The babies looked identical, although one seemed quite bold while the other was very shy and stayed close to the mother,” recalled Andayani.She added that the female orangutan remained in the tree for about an hour before she left the area, the twins clinging to her. 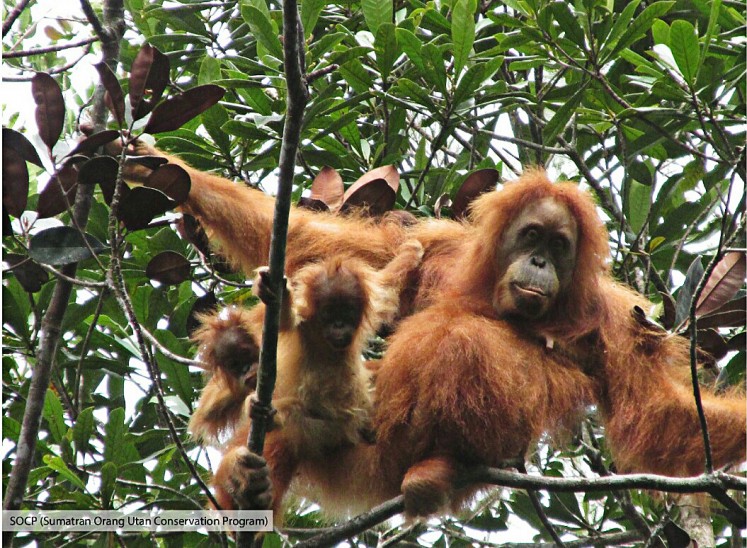 SOCP biological diversity monitoring head Matius Nowak said he once documented twin orangutans in the wild, but they were not Tapanuli orangutans.

“Twin births happen among animals bred in captivity. In the wild, it’s very rare for both babies to survive,” Nowak said in a statement on Wednesday.

The Tapanuli orangutan, which is distinguished by their smaller head and frizzier cinnamon-red hair, was identified as a distinct species in 2017 and was immediately listed as a critically endangered species by the International Union for Conservation of Nature (IUCN).

Around 800 Tapanuli orangutans currently live in Batang Toru, but the IUCN has estimated that at the current rate of deforestation, the population would drop to just 275 by 2060.

The Tapanuli Orangutans Need Your Help!