A consortium of NGOs has released a report to the UNESCO World Heritage Centre calling for urgent intervention to prevent impending destruction of the globally renowned Tropical Rainforest Heritage of Sumatra World Heritage Site. 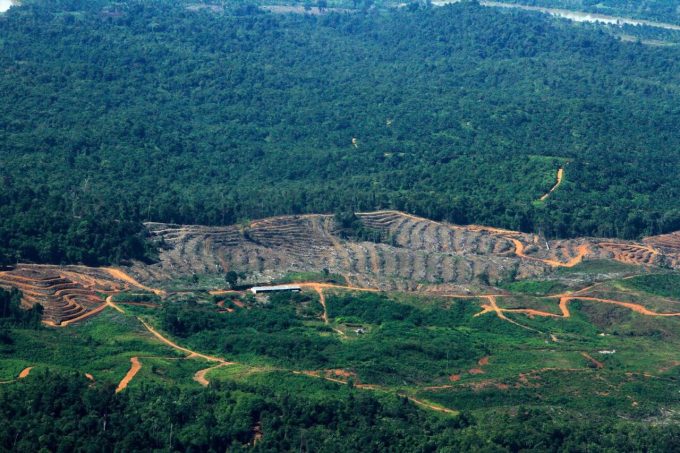 The 2.6 million hectare Leuser Ecosystem, located in the provinces of Aceh and North Sumatra, in Indonesia, is recognized as one of the world’s foremost “irreplaceable protected areas” by the International Union for the Conservation of Nature. It contains a large part of the Tropical Rainforest Heritage of Sumatra (TRHS) World Heritage Site within its borders, a site that has been on UNESCO’s “List of World Heritage in Danger’’ since 2011 due to ongoing destruction of its rainforest ecosystem.

Today, a wave of major new industrial projects being fast tracked for development within the Leuser Ecosystem threaten to destroy the integrity of the site, despite the fact that they will violate Indonesian laws and make a mockery of the World Heritage Site listing.

A consortium of NGOs focused on the protection of the Leuser Ecosystem submitted a report on Monday 20th March 2017 to the UNESCO World Heritage Centre (WHC) critiquing the Indonesian State Party’s 2017 report to the WHC about the state of conservation of the TRHS. The consortium critique highlights serious omissions and contradictions between the State Party report with regard to realities on the ground in the TRHS.

Panut Hadisiswoyo, Director of Orangutan Information Centre, commented, “Our critique highlights numerous serious threats to Leuser’s forests. They include several new hydropower dams and geothermal energy plants being proposed in critical areas, a continued lack of law enforcement throughout the region and the devastating construction of new roads that carve up and fragment forests and wildlife populations rendering them increasingly vulnerable to extinction. The threats have never been so severe for the last place on Earth where orangutans, rhinos, tigers and elephants still live together in the wild. We implore the World Heritage Centre to take urgent steps to prevent all these plans being implemented in Leuser.”

A Turkish-owned company, PT Hitay Panas Energi, has been lobbying the Indonesian government to remove protections from a ‘core zone’ of the World Heritage Site to allow a power plant to be built in the heart of the Leuser Ecosystem. Their request was supported by the outgoing Governor of Aceh province, Zaini Abdullah.

However following last month’s elections, new Aceh Governor-elect, Irwandi Yusuf, has stated publicly that he will cancel the Hitay project.

“We strongly welcome the Governor-elect’s move.” commented Farwiza Farhan, Chairperson of Forest, Nature and Environment Aceh (HAkA), “But at the same time we are alarmed to know the company is still pushing the national government to overrule this decision by Aceh’s incoming Governor. Hitay is holding closed meetings with the Ministry of Environment and Forestry, and its various departments, in an attempt to manipulate Indonesia’s laws and enable the project to go ahead, resulting in a number of public protests. We will not sit by and watch as our forests are sold off to foreign owned companies and urge the Ministry of Environment and Forestry to reject any requests to destroy the legally protected Leuser Ecosystem.”

Adding further concern, a number of large hydroelectric dams have also been proposed inside and around the World Heritage Site that would considerably undermine its Outstanding Universal Values. These include plans for mega hydropower projects in the Kluet, Tampur and Jambo Aye water-catchments which would severely threaten the integrity of the Leuser Ecosystem.

“These projects would destroy critically important habitat areas of the Sumatran orangutan which is listed by the IUCN as a Critically Endangered species on its Red List of Threatened Species”, continued Panut Hadisiswoyo. “Mega power projects like these, in and around the Leuser Ecosystem, are not in the best interests of Aceh’s people either. Not only do they lead to dependence on just a few large plants, they also devastate entire forested regions with all the roads and infrastructure they need, leading to more frequent and more intense environmental disasters, a problem from which the region already suffers disproportionately. In contrast, micro hydro power generation schemes have been shown to be far more effective, ecologically sensitive, and sustainable solutions to northern Sumatra’s energy issues. Who in their right mind would want to build giant hydroelectricity schemes storing millions of tons of water behind concrete walls in one of the world’s most active earthquake zones with communities living downstream in the floodplain, it’s a recipe for even more disasters!” he concluded.

Dr Ian Singleton, Director of the Sumatran Orangutan Conservation Programme stated “The Leuser Ecosystem is almost certainly the largest remaining contiguous rainforest ecosystem in the whole of SE Asia. It’s also the last real hope for the survival of some of the world’s most iconic large mammal species, like the Sumatran tiger, elephant, rhino and orangutan, and many other rare and threatened species, many of which, like these are endemic to the region and found nowhere else on the planet. Its ironic that such a precious and valuable ecosystem like Leuser, and all its biodiversity, could be obliterated in the name of renewable energy! Whilst we genuinely applaud the government’s current move towards renewable energy and away from traditional non-renewable sources, clearly not all renewable energy is sustainable if it means destroying a protected landscape and a UNESCO World Heritage Site!” he emphasized.

The report submitted to the World Heritage Centre also highlights ongoing failure of law enforcement, and the ‘illegal’ Aceh spatial plan which seeks to remove the protection status of the Leuser Ecosystem, which is still being argued in court.

The detailed report submitted can be found online here: https://tinyurl.com/World-Heritage-Report