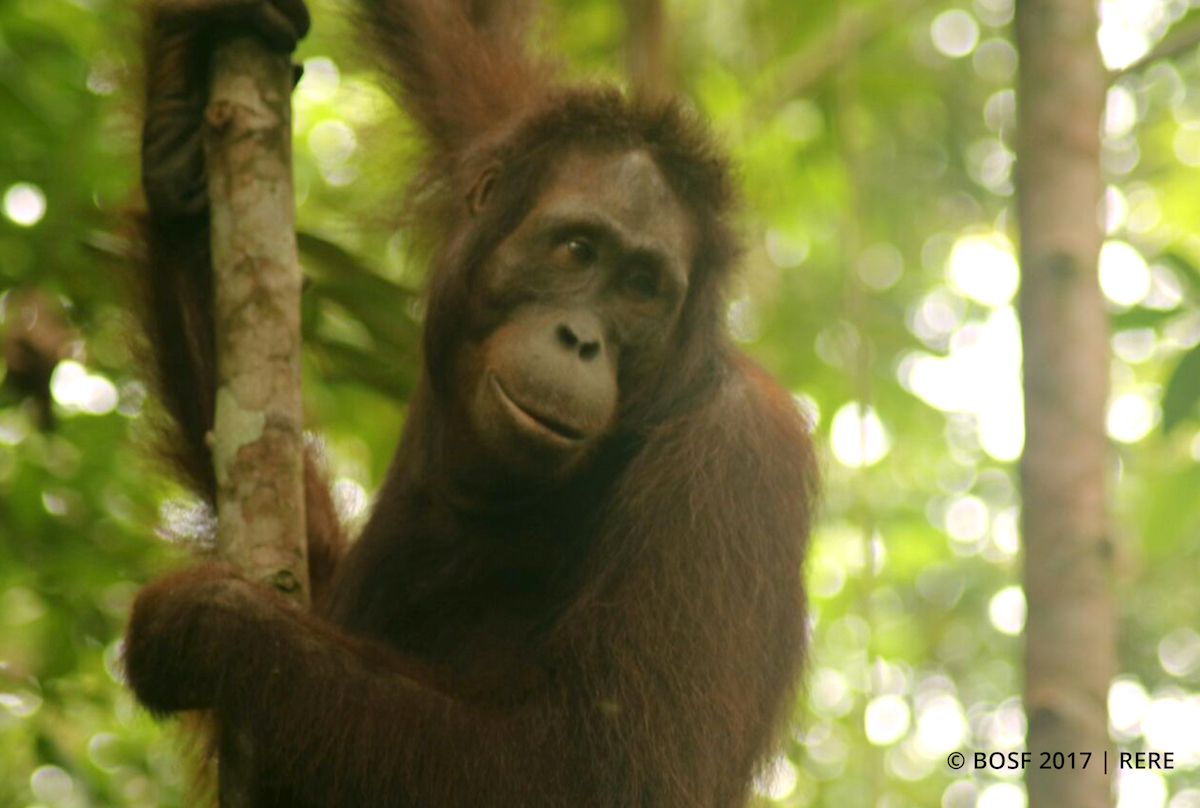 January 4, 2018 — Every day the BOS Samboja post-release monitoring teams based in the forest work hard to observe and record behavioral data on the orangutans who have reintroduced to the forest. Last week, the team at Nles Mamse Camp prepared to head up north to the river delta in the Kehje Sewen Forest. It had been a week since the team had last visited that particular transect, and they were looking forward to finding out which orangutans they might encounter.

The team departed camp in the morning, and shortly after passing Simpang Tawon detected a signal from Ung, a young adult female released on April 26, 2017. They were a bit surprised to detect Ung’s signal, because she had not been seen since September.

Ung is known as the "ninja" of Kehje Sewen, due to her active and stealth-like movement. Ung has managed to disappear every time the monitors have attempted to observe her, leaving them to rely heavily on radio tracking signals to track her down. The last time Ung had been seen, she was eating and spending time in a downhill area leading to the Telen River. The team could not miss this opportunity to catch up with her. 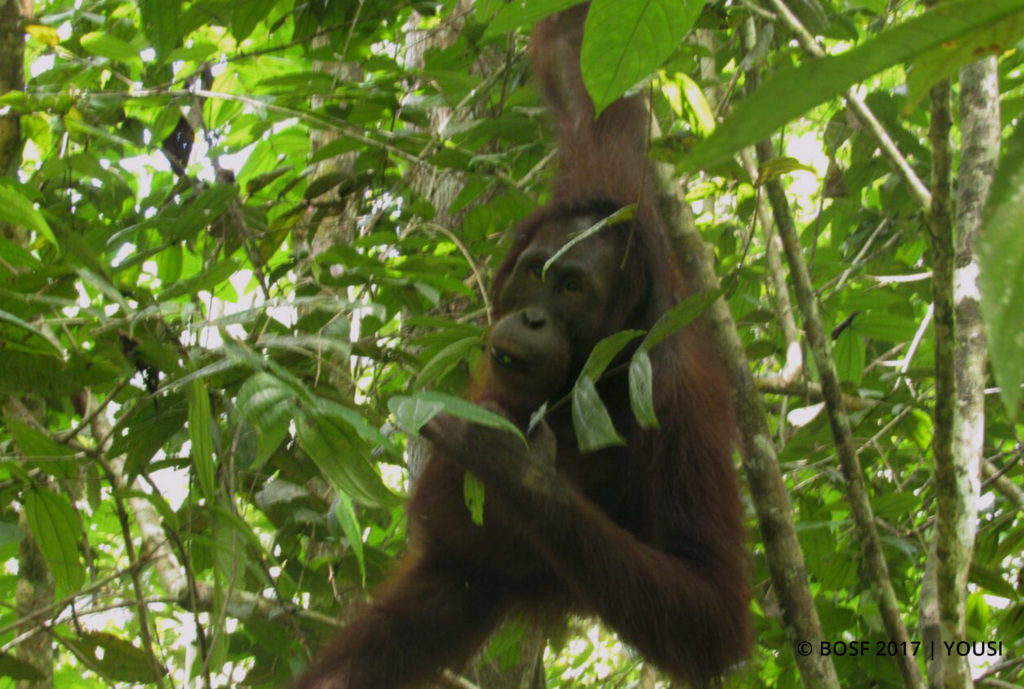 After going back and forth along the river bank tracks a few times, Ung was found near the main trail. She looked healthy, and as restless as ever. In a matter of minutes, she swiftly crossed the shallow river via the rocks and overhanging canopy, and as usual left the team in her wake! 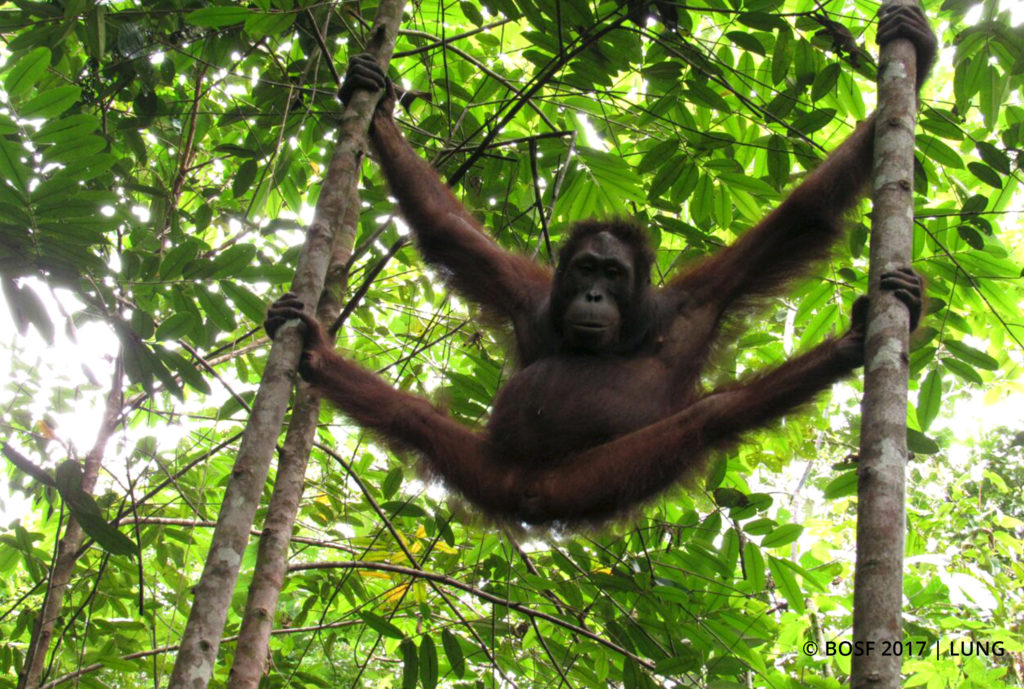 Ung the ninja of Kehje Sewen

Refusing to give up the chance to observe Ung, the team followed her across the river and checked again for her radio signal. Ung was spotted eating some fresh stems, then climbed up a tree, where she sat and ate a large amount of fruit.

Not one to sit around for too long — and in living up to her nickname — the ninja of Kehje Sewen disappeared again in the hills surrounding the Telen River. The team tried to track her, but she quickly vanished into the thick forest.

The continuous monitoring, all the hard work and tough times are worth it, especially when you finally get to catch up with released orangutans like Ung. It is amazing to see her adapting so well to life in the forest, where she belongs.