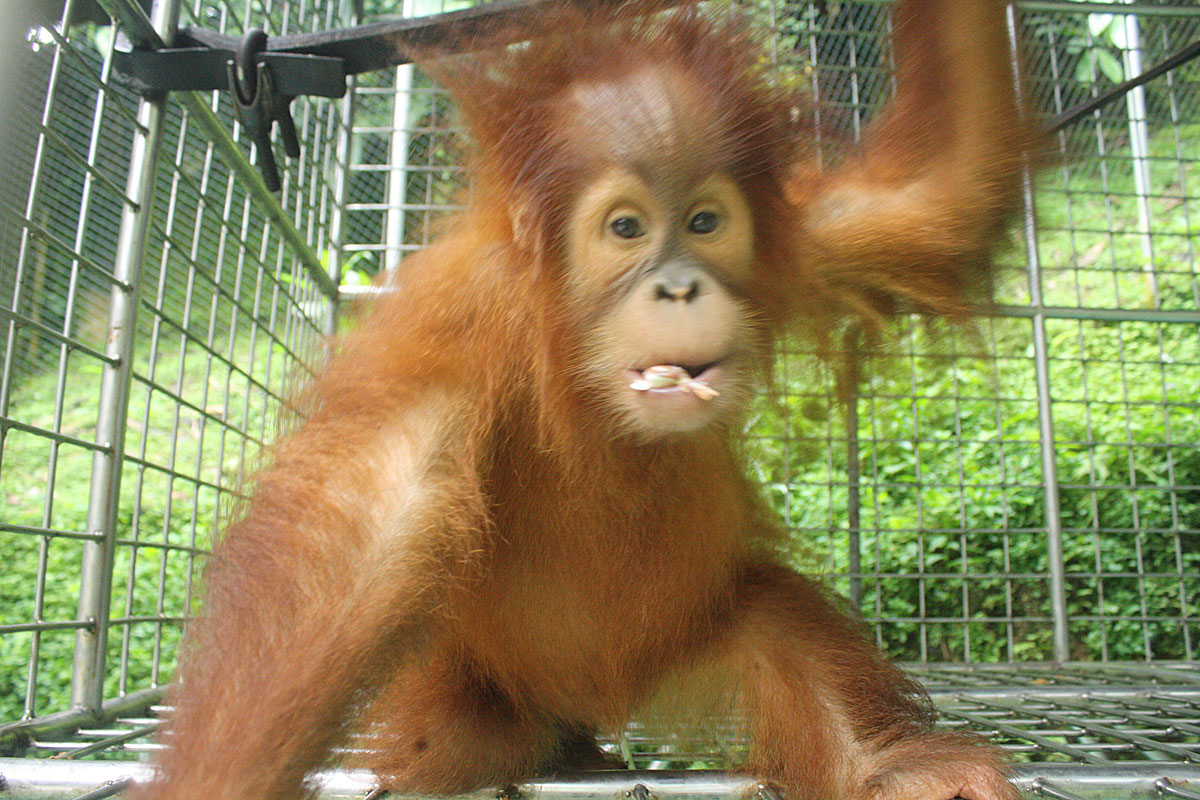 In the last update, little Brenda was placed in a small group with orangutans Antana and Indy. As several new infant orangutans have arrived at the SOCP Rescue & Rehabilitation Centre, the staff needed to re-arrange the orangutan groupings to find good companions for everyone. Brenda is now living in a group with Siska and Haga.

Since they arrived, Haga and Siska tend to cling on other orangutans, while Brenda is more independent. Therefore, if Siska and Haga hug each other, Brenda just stays by herself and busies herself with activities. This is quite understandable as Haga and Siska both seem to have had traumatic experiences before coming to the SOCP Centre, while Brenda was relatively lucky in this respect.

Haga was found in a box with two other infants left near a garbage dump by someone who perhaps wanted to illegally sell them but decided instead to dump them and left them on the side of the road.

Siska arrived in critical condition due to serious health issues. She was very depressed when she arrived and it took about one month before she became healthier and more animated. Brenda was lucky as she was taken care of by the family who had owned her— illegally, to be sure.

Brenda often shows interest in using leaves as enrichment. She sometimes puts the leaves on top of each other like she is starting to build a nest, though she does not get much further than piling up the leaves. It is encouraging that she even has the idea of nest building. Brenda also eats leaves and bark on the twigs that she gets with the leaf enrichment.

In Forest School Brenda is almost never on the ground. Once the staff put her near a tree she quickly climbs up and will be up in the tree until the school is over. Sometimes she comes down to the ground in order to move to the next tree because she can’t yet move from one tree to another if the tree is big or high. She can do it with small trees, though, so with time and practice she will develop more complex arboreal skills. This is quite normal since Brenda is still quite small and her body is not big enough to move from one tree to the next. If she was in the wild, she would still be clinging to her mother’s body and so moving together with her mother.

Brenda loves to explore the forest with smart orangutans like Adji or Antana. Sometimes she stays in the trees and resists coming back to the cage when school has finished. The keepers have to be patient and wait until she is ready to come down.

Keep up the great work, Brenda! 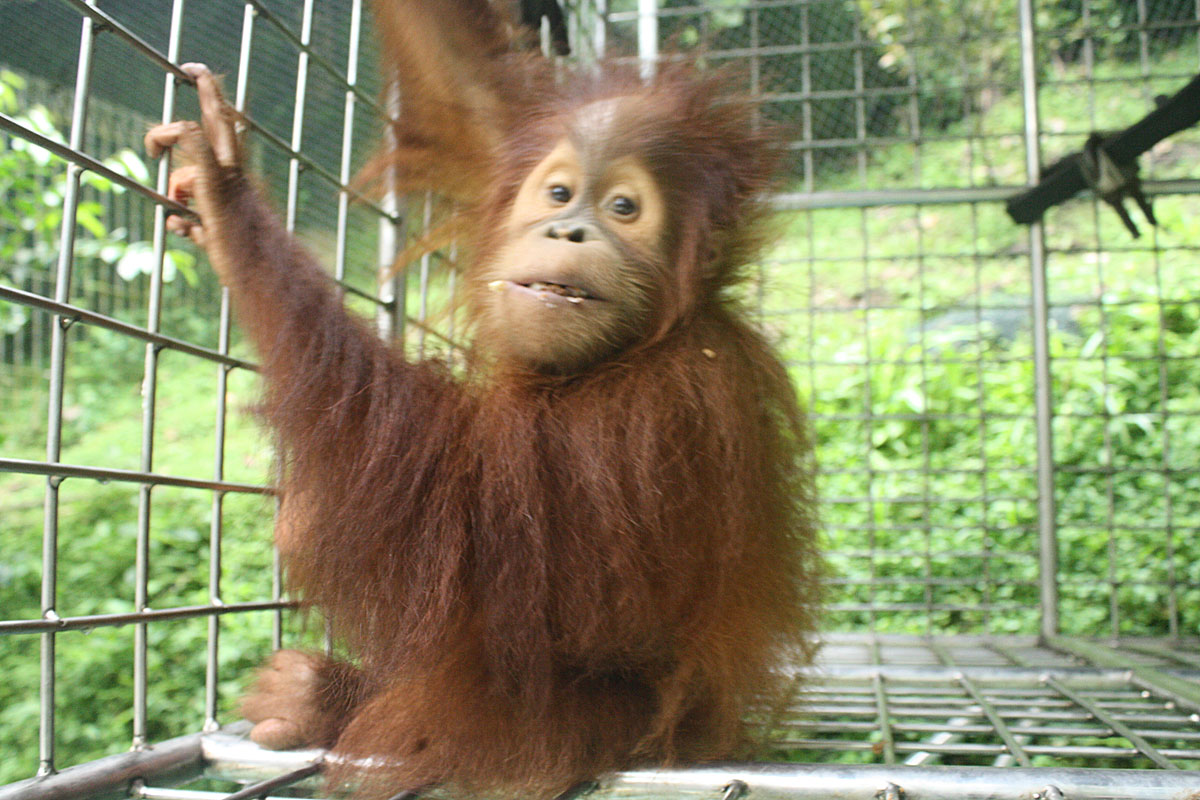 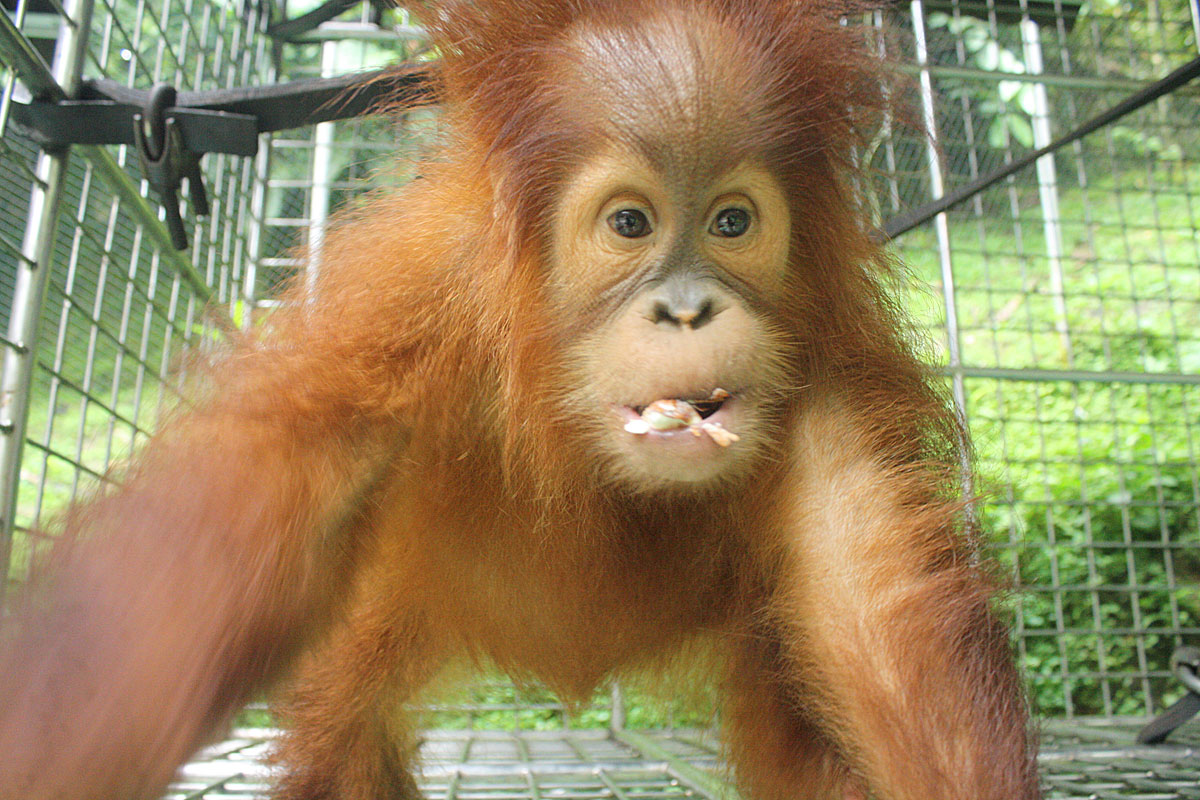