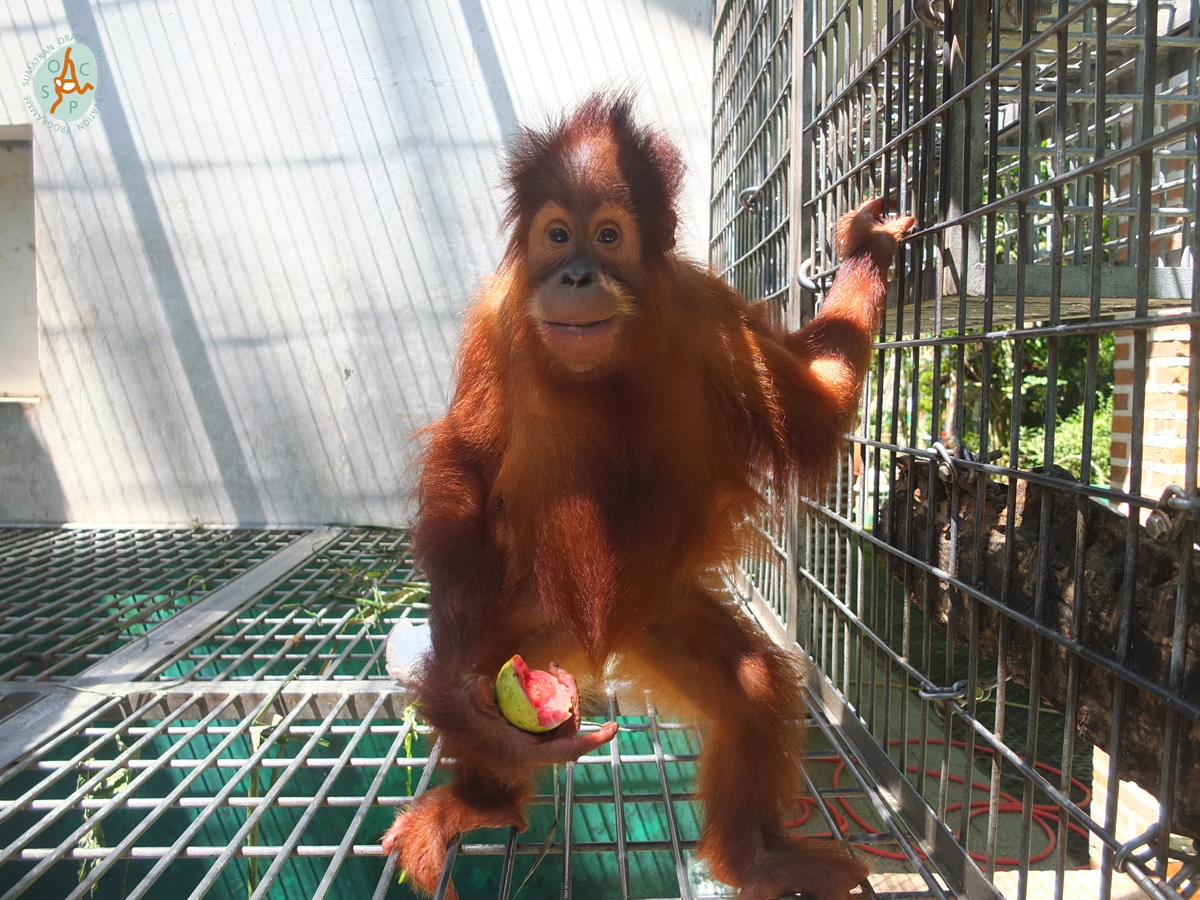 Brenda came to the SOCP Rescue and Rehabilitation Centre in March 2019. She was around four months old when she arrived with a broken arm. A few days after she arrived, she had surgery to fix the broken bone. Brenda is doing well and has fully recovered from her injury. Her arm is functioning as normal. Currently, Brenda is in the Infant House Facility.

In the last adoption update we reported that Brenda joined the Infant Group although only ended up staying there for a week due to being out-competed for food despite that fact that she had been dominant within the treatment facility orangutan group.

In this reporting period Brenda re-joined the Infant Group and this time, we are happy to report that she did it! 🙂

Some of the dominant orangutans in the Infant Group moved up into an older group and so the Infant Group became more comfortable for Brenda as the majority of the group members are similar in size and development to her. At feeding time, Brenda will take as much food as she can grab with her hands and feet and sit herself right near the food basket so she can grab more once she has eaten something. Her favorite thing is fruit and after that she will eat vegetables and leafy vegetables. Although she doesn’t yet use leaves to make a nest, she will play with them and taste them.

In Forest School (before we had to pause again for COVID-19 pandemic safety reasons), Brenda had made good progress and she is now more careful when moving from branch to branch. She has been observed several times tasting tree bark – this is important knowledge and a skill that orangutans need to learn to live successfully in the forest— especially when fruit options are limited in the dry season.

In the time of year when trees are not fruiting, orangutans rely on food sources such as young leaves, flowers, and bark. In Forest School, Brenda will spend time with her friends such as Antana, Indy and Adji following them high up into the trees. When she is not spending time with these serious climbers, she loves to chase other more playful orangutans like Digo.

Brenda has been healthy in this period and we look forward to seeing her continue to make lots of progress in her new group!

Keep up the great work, Brenda! 🙂 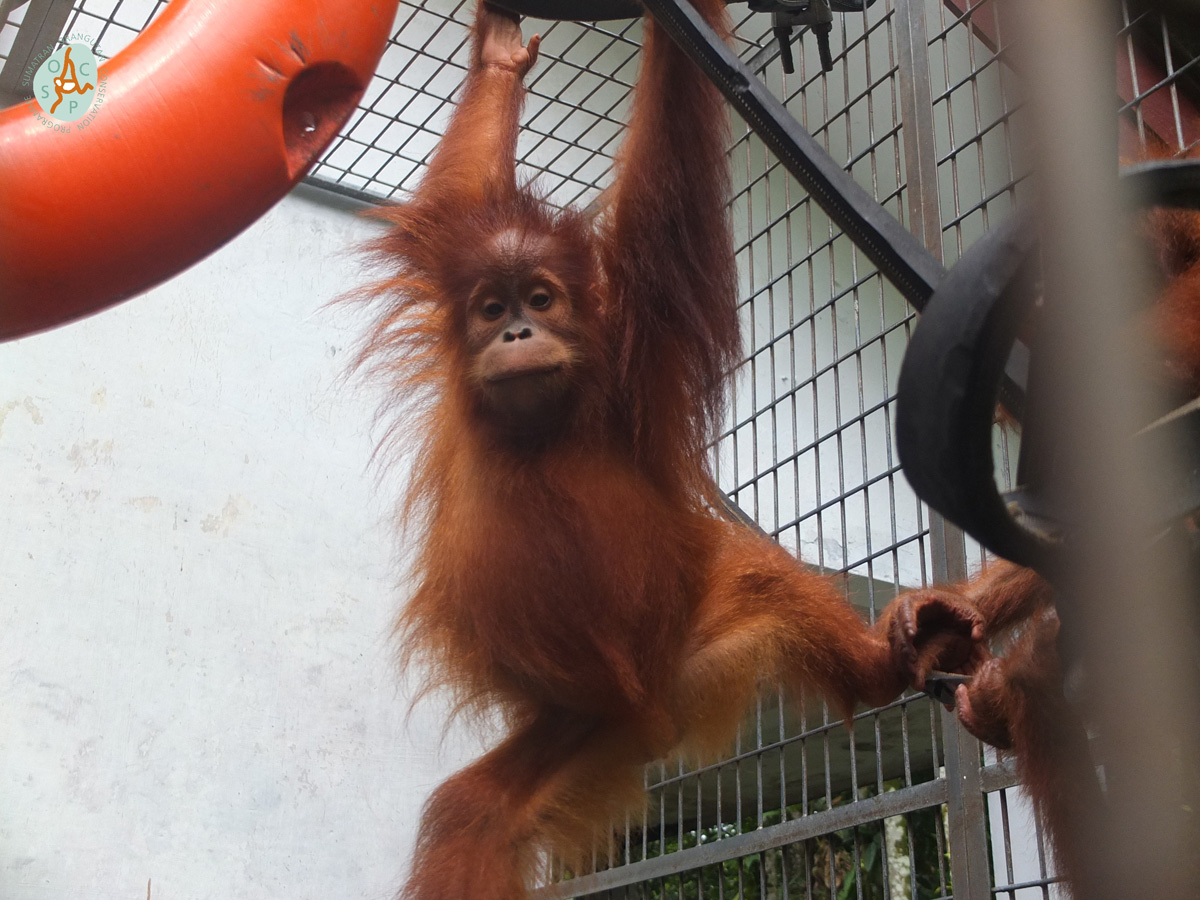