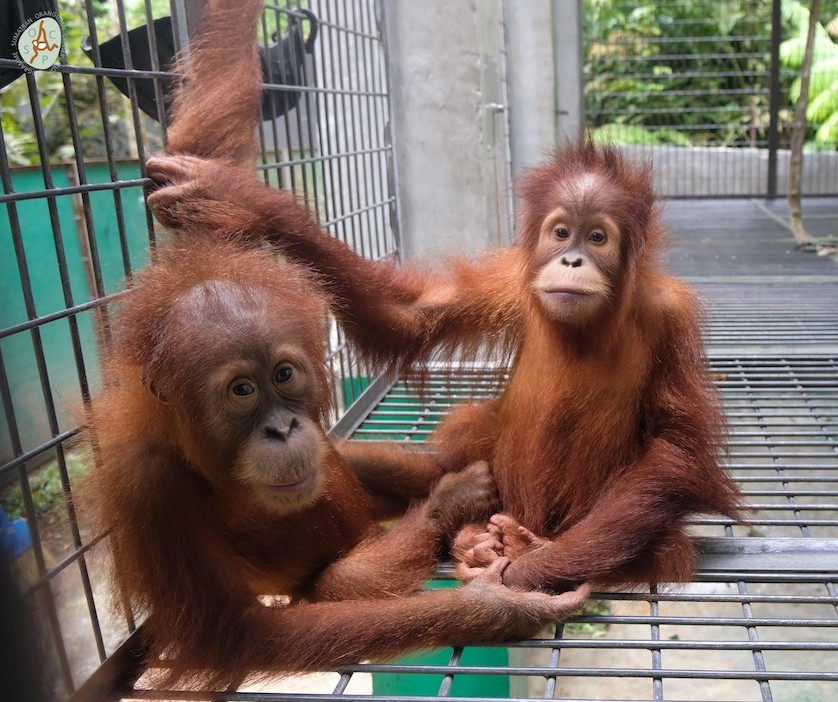 Brenda came to the SOCP Rescue and Rehabilitation Centre in March 2019. She was around four months old when she arrived with a broken arm. A few days after she arrived, she had surgery to fix the broken bone. Brenda is doing well and has fully recovered from her injury and her arm is functioning as normal. Currently, Brenda is in the Infant House Facility.

Brenda loves her food! At feeding time, she will take as much as she can with her hands and feet. She also sometimes snatches food from other orangutans who are not paying attention. Brenda prefers fruit over vegetables. In Forest School, Brenda is showing great progress. She looks better and more stable in moving from tree to tree and enjoys exploring.

Brenda recently had a cold and cough. The vets promptly undertook medical tests, including for COVID-19. Thankfully, the result was negative and after two weeks Brenda was fully recovered.