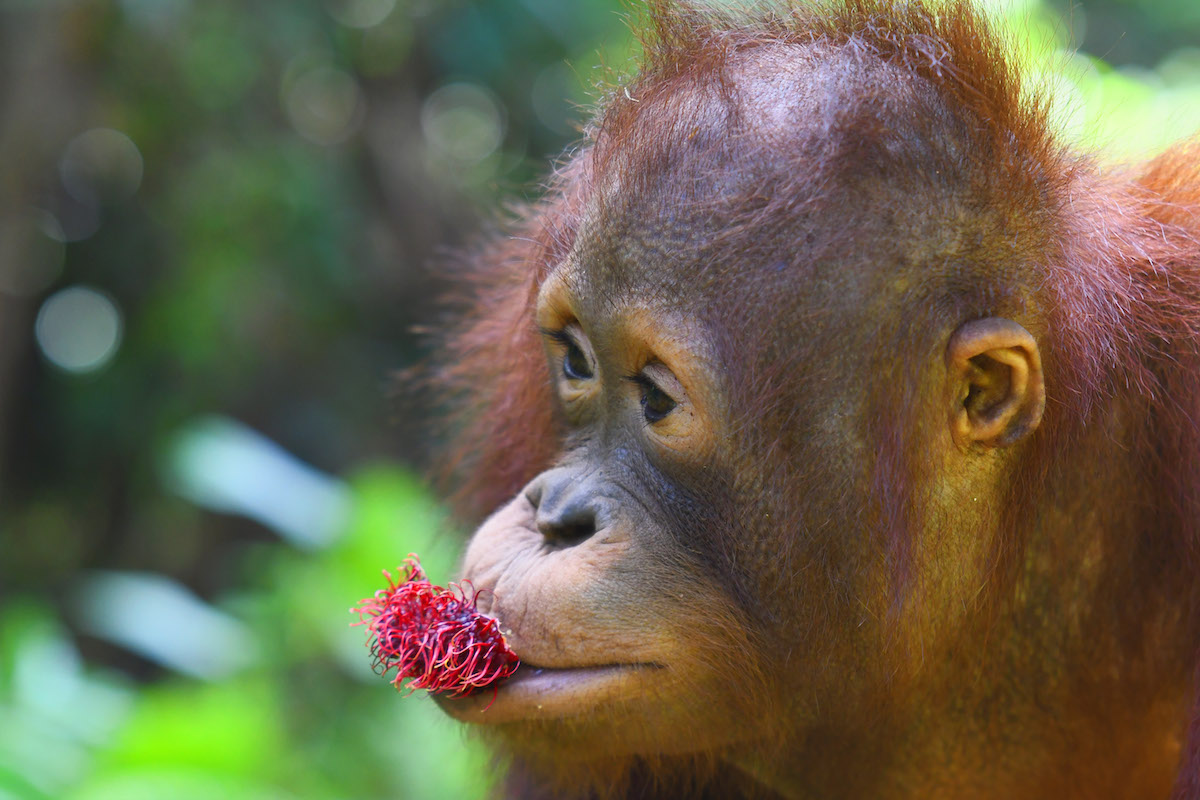 Bumi is still undergoing the rehabilitation process in Forest School Group 3, together with ten other orangutans. Forest School activities, especially for Group 3, have almost returned to the normal schedule after activities had to be halted for several weeks due to the increase in COVID-19 cases among staff. Now, there are still some restrictions we need to adhere to, such as no more free play time on the Nyaru Menteng playground, as the orangutans must return directly to the sleeping complex after Forest School.

Every morning, prior to leaving for Forest School, Bumi will try to be the first to exit the complex. While waiting for the rest of the group to come out, Bumi likes to play with the enrichment items on the playground. He’s usually having so much fun that he doesn’t hear the surrogate mothers calling out to leave. When he realizes that his friends have already left, Bumi will rush after them, not wanting to be left behind!

The boardwalk and other Forest School areas are currently flooded due to daily rainfall. Bumi loves to stand in the puddles that the rain leaves behind, dig at the ground, and play with the muddy water.

In terms of skills, Bumi has become increasingly agile at climbing and brachiating through the dense canopy. He also loves to play and explore with a little female orangutan named Christina. One day, the two even ventured into the complex before it was time to return. Since it was already late in the afternoon, the technicians watching over the area decided to let the two enter their sleeping enclosure earlier than usual.

Bumi shares a complex with Topan, Alejandra, and Monita. Although Bumi is the only male, he is not very dominant. He blends in nicely and has adjusted to living with his three companions. The four have formed a tight bond.

Bumi has shown solid skill development over the past three months and has been in good health. He has grown bigger and taller quite quickly. We are sure he will grow to become a great male orangutan in the forest someday!

Nyaru Menteng’s Forest School Group 3 not only includes young orangutans undergoing rehabilitation, but also a wild orangutan who is no longer dependent on her mother. From the moment this wild orangutan appeared, Bumi has shown great interest in her. Even today, Bumi still likes to hang out with this young female, whom we have named Tuti.

Bumi and Tuti often roam and explore far from the Forest School area, foraging for forest foods and playing in puddles together. Bumi’s climbing skills have improved over his time with Tuti and he can now easily climb the tallest trees in Forest School, about 25 meters in height!

In the past three months, extreme weather has regularly blanketed Central Kalimantan (Indonesian Borneo), including in the Nyaru Menteng area. These conditions can challenge our surrogate mothers as well as the orangutans in Forest School.

One recent day, the clouds got dark very quickly, so the surrogate mothers immediately halted all Forest School activities to gather the orangutans and hurry them back to the night enclosure before heavy rain set in. They knew that with the sudden appearance of such dark clouds and strong winds, a massive tropical storm would soon hit the area.

That day, they raced against the clock to get everybody back to the night enclosure before the storm arrived. Gathering Forest School students quickly is not an easy task, especially when students are in the middle of exploring the forest without the supervision of a surrogate mother. That day, Bumi was exploring far from his group: If he didn't return soon, he could be trapped in the forest in the middle of a storm— for goodness knows how long! Rainstorms in the forest can be dangerous, given the likelihood of branches breaking and trees being blown down by strong winds.

Strong winds soon blasted through, followed by spitting rain, with the surrogate mother and Bumi making a mad dash toward the complex.

Thankfully, they had just made it back to the night enclosure before the rain came pelting down. What a close call! 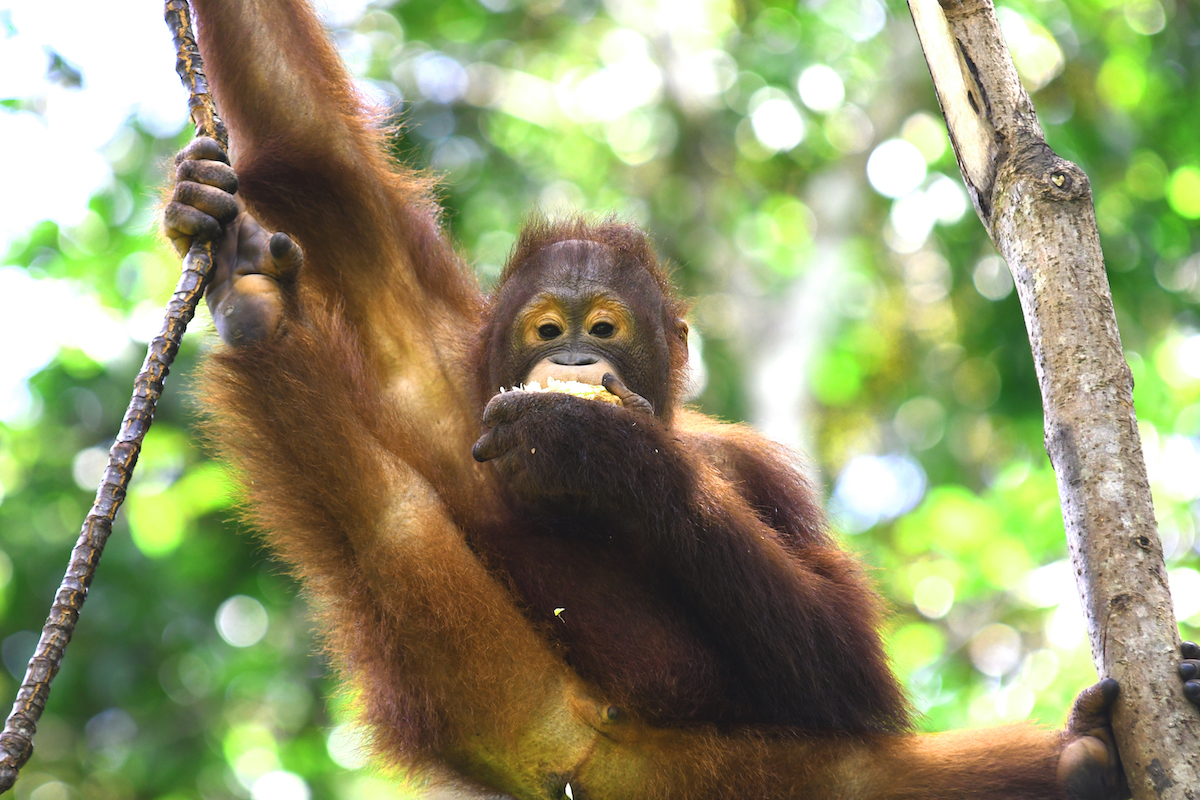