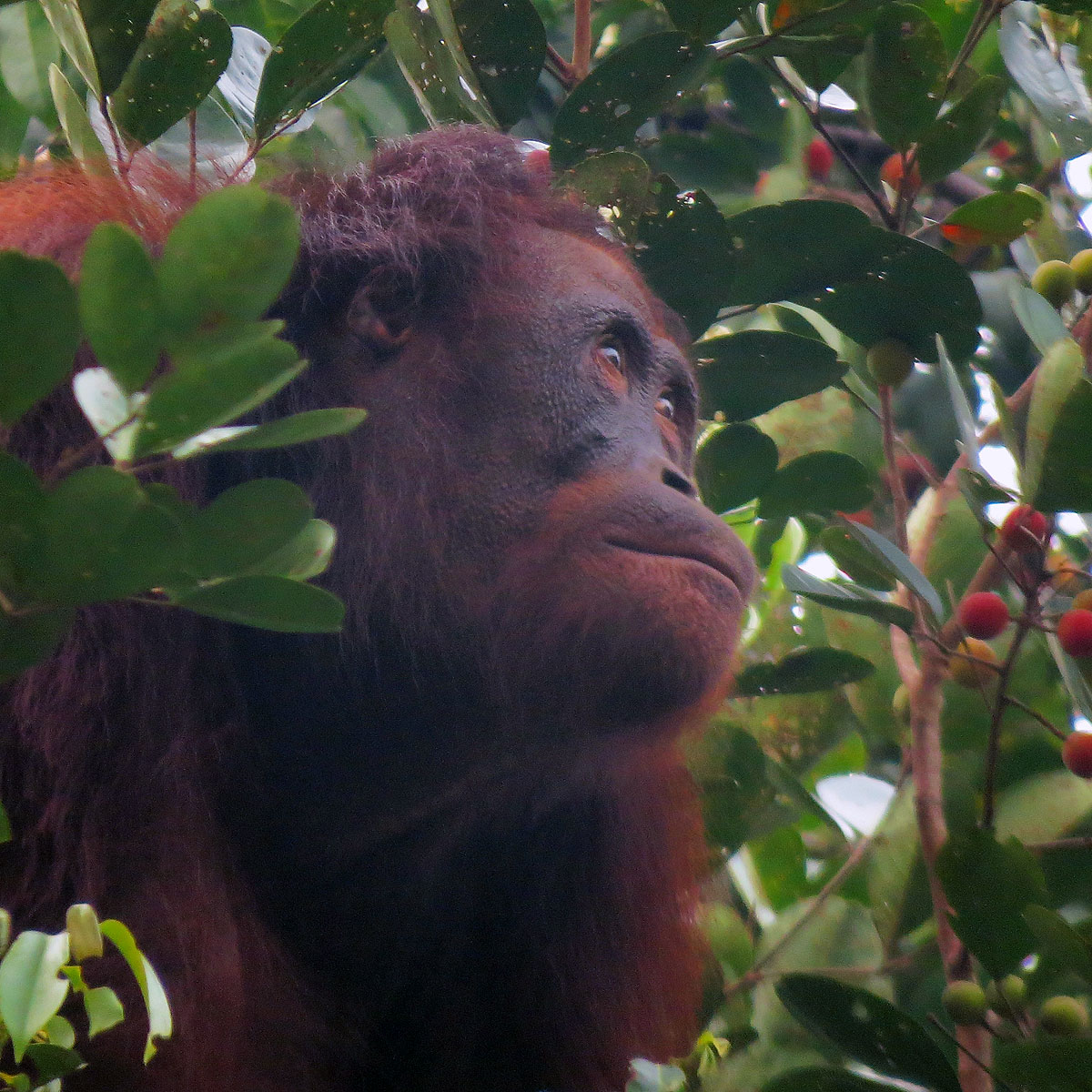 Good news from one of Gracia’s trio!

We’re so pleased to share with you some wonderful news from one of Gracia’s trio in the lowland forests of Borneo. Georgia, the first of Gracia’s kids, is pregnant!!

Georgia is a 14-year-old adult female orangutan living independently in the forest. She explores the forest separately from her mother, but still meets up with her family occasionally to play with her siblings and to feed together.

BNF’s orangutan researchers discovered she was pregnant after testing her urine, which they collected while following Georgia in the Sebangau* National Park. The team used the same pregnancy testing kit that humans use! 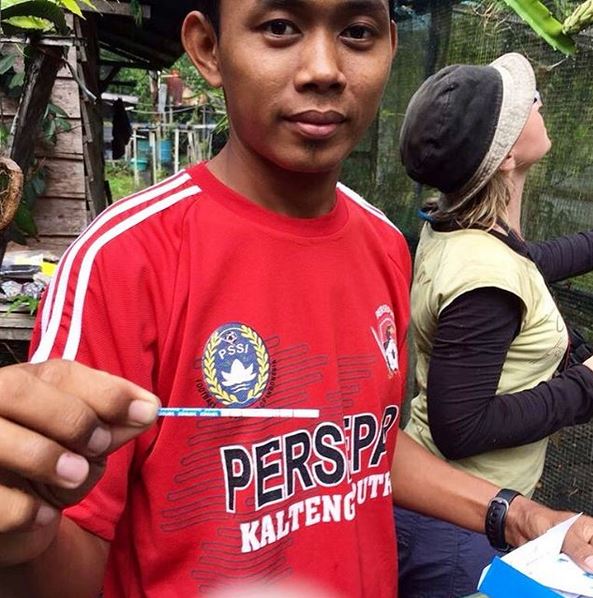 The research team thought she might be pregnant because lately she has been moving quite slowly and has been spending more time resting. After testing her urine, all the team members were very excited. This female orangutan will soon become a matriarch of her own; stepping into a new role as a mother.

BNF’s Orangutan Project Coordinator, Aziz, has predicted that the father is a large adult male orangutan, known as Doyle, as he was observed mating with Georgia in July.

Sebangau National Park is now entering the fruiting season so fruit is available everywhere in the forest. This is an ideal situation for Georgia’s first pregnancy.

This is good news from the Sebangau National Park; considering this charismatic ape has a long inter-birth interval that could reach from 7-8 years. Once the baby is born, a female orangutan will invest a lot of time in nurturing her offspring until the baby grows up and can live independently.

The pregnancy not only means a new youngster to bolster the wild orangutan population, but it also expands Gracia's legacy in the Sebangau National Park.

Maybe you have an idea for a name beginning with G for the new member of Georgia’s clan!

In the meantime... Gracia, Gara and Gretel have been spending their time roaming the forest in search of fruit and other tasty treats, like termites. During the dry season orangutans often have to travel further to find enough food. Although the BNF researchers have not had much contact with Gracia, Gara and Gretel recently, this is quite normal for wild orangutans. They are free. Free to come and go as they please. No cages, no boxes, no restrictions— the way it should be.

*A note on spelling. In the past you may have seen the forest spelled as Sabangau, with an 'a' or Sebangau with an 'e'. Both forms are considered acceptable, but after consulting with the local team, we have decided that going forward we will use "Sebangau" with an 'e'.