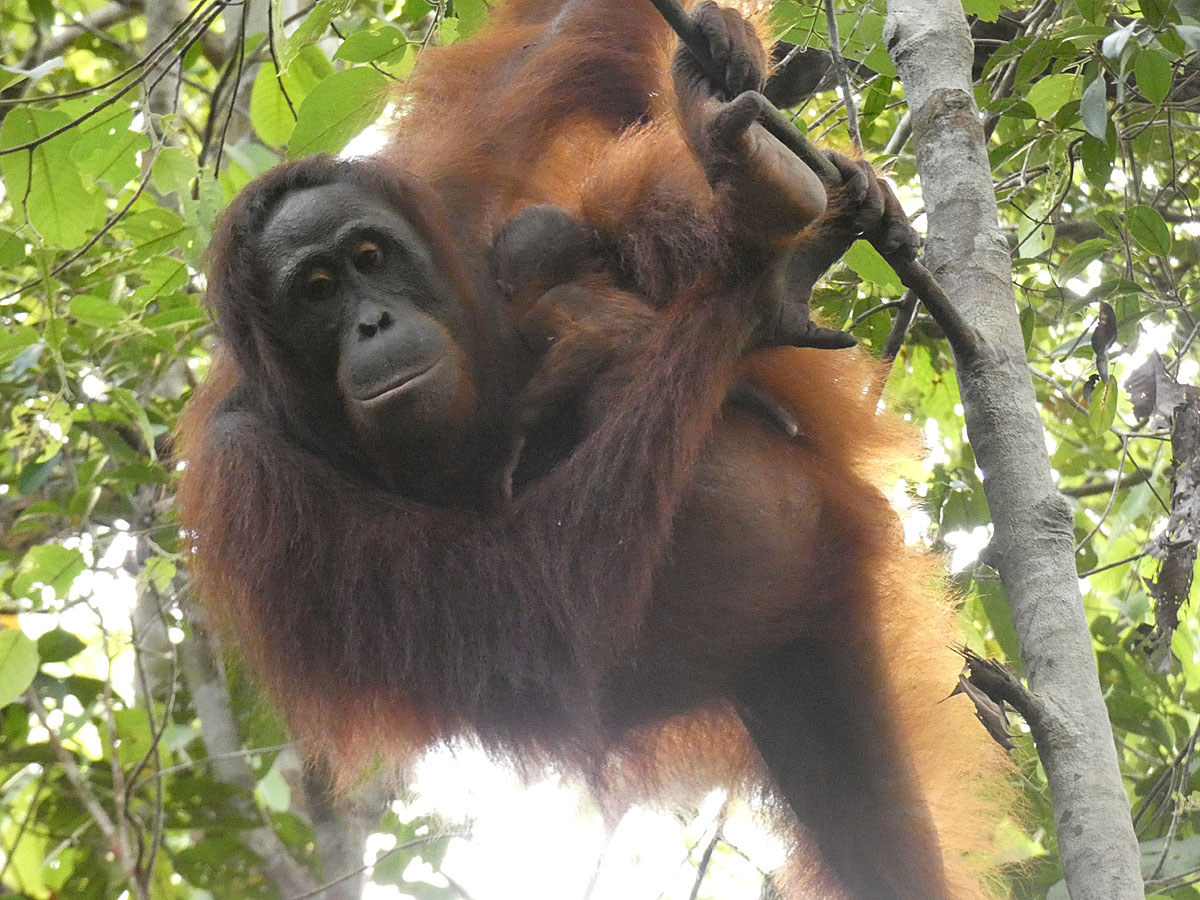 Above: Georgia (Gracia's eldest daughter) and her newborn son, Gus.

We are very happy to inform you that Gracia and her kids are doing well despite the fires and toxic smoke that have spread through Central Kalimantan over the last 3 months.

BNF’s orangutan researchers have observed Gracia and her youngest Gara regularly throughout this year. Gracia can be very protective of Gara, a three year old male, and doesn’t allow people to get too close. Gracia and Gara have also spent time exploring the forest with Gretel, Gracia’s second child, who is about 9-10 years old.

Although Gretel lives independently now, she sometimes reunites with her mother for brief periods of foraging and socializing. She became independent about one year ago, so can still be found nearby Gracia. But, Gretel is slowly becoming more and more independent and self-sufficient from her mother as time goes by.

Gara gave such a great performance one day when the team were following Gracia and Gara during July. He made faces, climbing up and down on trees and lianas, even turning upside down. He fell on the ground a couple of times when playing and swaying in the trees. He didn’t stop the whole day and his acrobatic performances gave the researchers a very entertaining and fun day!
The team also often followed Georgia, Gracia’s oldest offspring who is about 18-20 years old, at the start of this year, as she was close to the research camp so easy to find, especially during March and April. At that time, she was pregnant, so she travelled very slowly and the team knew that she could give birth any day.

On May 9, when the researchers were following another orangutan, called Feb and her young daughter Fay, they spotted Georgia with her new baby in her arms. Georgia most likely gave birth at the end of April. In the following months, the team followed them and tried to take pictures of the new baby. It was tricky to determine the gender at first, but we finally discovered: the baby is a boy. We decided to call him Gus.

Unfortunately, the fires and smoke in Sebangau National Park meant that all BNF’s research projects were put on hold for 2 months as the situation was very hazardous in the forest.

But, recently BNF orangutan research has resumed again in Sebangau National Park as the fire hotspots have reduced and the smoke has cleared. The team followed Gracia and Gara for a few days at the start of November. She seems to be doing well and Gara was as funny as usual. It’s a good sign to see them playing, which means that they have enough food to eat. Playing is considered a behavior which animals do when they have fulfilled their most important basic needs, especially in terms of energy and food requirements.

Now, we are focusing our efforts on searching for Georgia again. But, we know both her and Gus are doing well, as they were seen when the team were patrolling the forest during the recent fires.

We hope to share more stories from this new mother and infant duo from the Gracia clan soon! 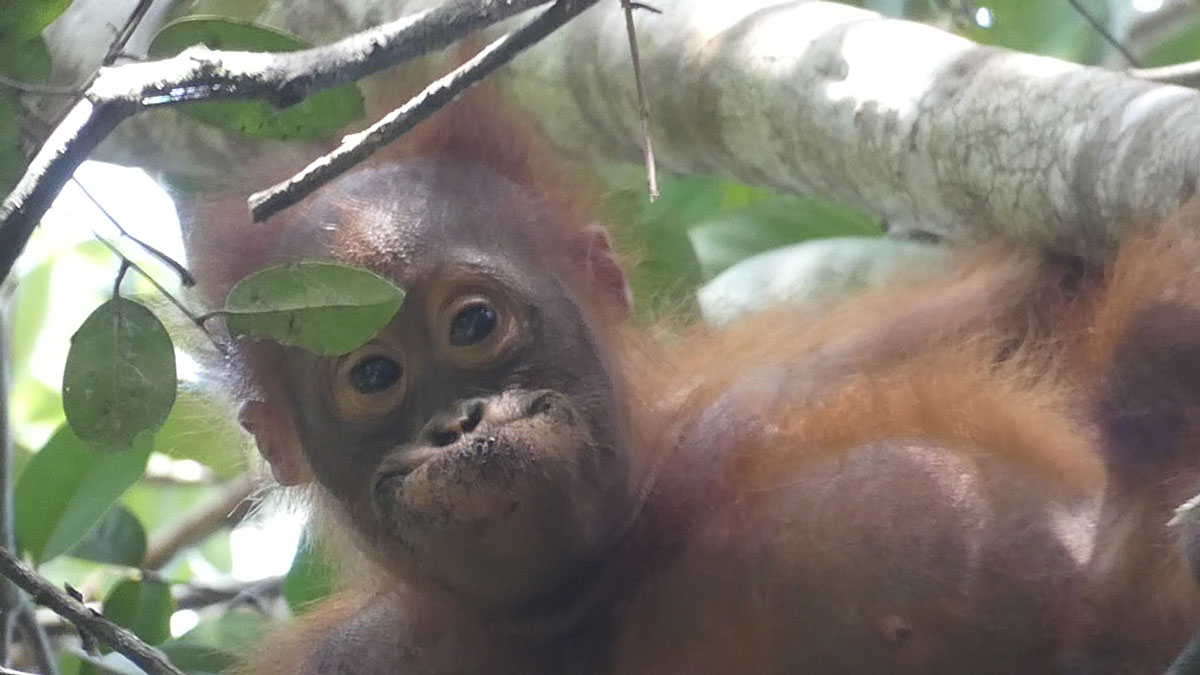