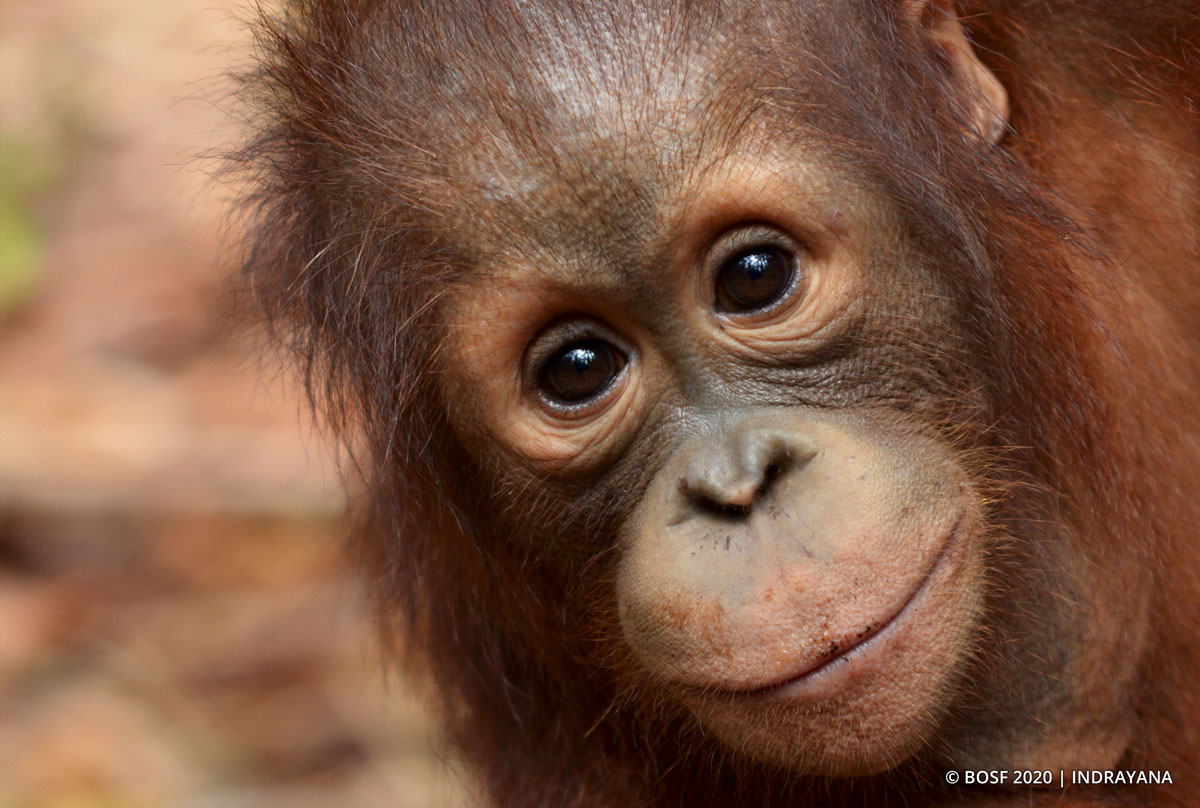 Jelapat is still a member of Forest School Group 5 at Nyaru Menteng in Central Kalimantan. His survival skills are developing at the same rate as his witty nature. Alongside his girlfriend, Talaken, Jelapat often amazes his surrogate mothers with his clever tricks.

In light of the COVID-19 pandemic, the BOS Foundation has introduced several new rules at the Nyaru Menteng rehabilitation program. In addition to stricter health protocols, team members’ work shifts have been adjusted. BOS has had to carefully limit the number of staff working in our rehabilitation center.

In order to help the team cope under the current circumstances, Forest School Groups 4 and 5 were joined together to become one group. One can only imagine how difficult it is for our surrogate mothers to oversee 15 young and active orangutans in Forest School over several hours.

Once the orangutans arrive in the school area, they typically break off and disperse into the forest. Only a few opt to stay behind in the playground area, close by the surrogate mothers.

Jelapat and Talaken are usually the ones who venture farthest into the forest. One day this past summer, the surrogate mothers had brought a large amount of sliced watermelon to Forest School inside their lanjung bags. Unsurprisingly, the presence of this sweet, delicious, bright red fruit tempted Jelapat and Talaken to stay longer in the Forest School area, nearby the surrogate mothers.

The two kept on tailing the surrogate mothers who were carrying the lanjung bags, knowing that the fruits would eventually be distributed. An impatient Jelapat finally snatched one of the bags, grabbed as much as they could carry, and dropped the rest in the process. The two then quickly scurried off to climb up a tree, fleeing the scene.

The watermelon they left behind was not enough for all of the other orangutans at school, and the surrogate mothers had to cut the remaining pieces into even smaller slices, so that the others didn't miss out. And who do you think snuck into the queue for more watermelon slices? You guessed it - Jelapat and Talaken!

Unlike other great apes, the orangutan is a semi-solitary species that lives independently in the forest, not in groups. This is particularly true for adult males, who explore their home range and can travel more than a kilometer a day in search of food and females. Despite this, young orphaned orangutans at the rehabilitation centers are grouped together based on their age and skill development level, to provide them with the opportunity to socialize with others. This schooling structure also gives them the chance to learn from one another and slowly build a strong sense of confidence and independence.

Jelapat is one individual with excellent socializing skills. His best friends are Talaken and Taymur, but he also has friends from other groups, like Oka and Otong in Group 4. Due to the global pandemic, slight adjustments to the Forest School routines over the past few months have completely separated the youngest and oldest groups, but have caused the orangutans from Groups 4 and 5 share the same Forest School area. This has given Jelapat and his pals more opportunities to explore deeper into the forest together!

Unfortunately, Jelapat has been unable to join his friends lately, as he came down with a case of malaria. Despite showing no physical or behavioral signs of being unwell, the medical team decided to remove him from the group to undergo treatment in the clinic. The vets have had no trouble persuading Jelapat to take his medication. As long as there is fruit involved, he is a very compliant patient!

Being in the clinic for treatment can be a bit lonely at times, but Jelapat's friends always stop by to visit him after their day of school. It must be comforting to have so many friends, with whom you can share the ups and downs of life! 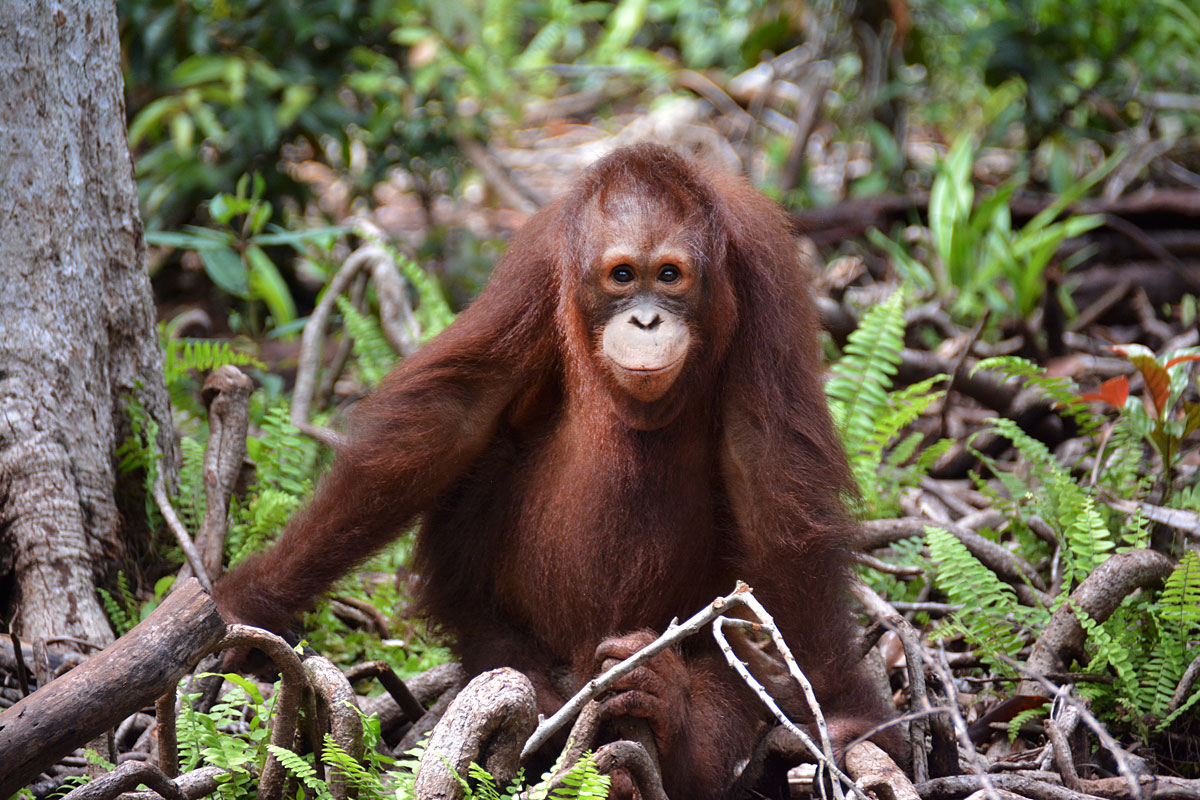