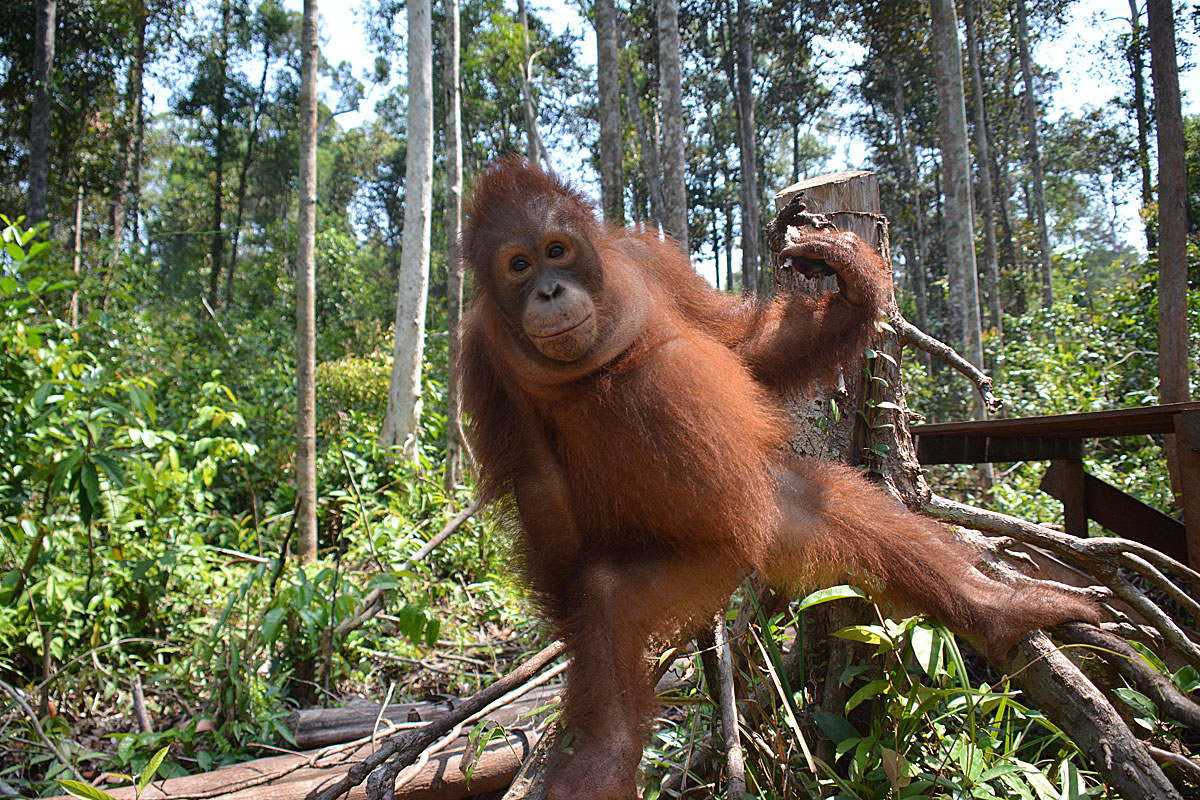 The monsoon rains finally came to Nyaru Menteng at the end of 2019, relieving everybody of the thick haze that hung around during the smoky dry season. In a short period of about two weeks, rain fell almost daily. The Forest School students had to rush to school before the morning shower set in. However, the clouds and drizzle failed to discourage them from still playing and learn in the forest!

On one particular morning, Jelapat waited patiently for his best friend, Talaken, who was walking slowly behind the pack. The two tried to catch up with the other Group 4 students, moving through bush trails and tall ferns.

When they arrived at Forest School, the distinct sound of toads croaking at the incoming rain could be heard. Jelapat was intrigued by the noise. Perhaps he had never heard the sound before, or paid attention to it. He curiously approached a hole in a tree, and found several small toads inside. Without hesitation, he bravely reached in and took one out. Toads, of course, are known for their slimy skin, and this one slipped out of Jelapat's hands and jumped unexpectedly on a surrogate mother sitting nearby.

It caused quite the commotion and surprised the surrogate mothers, who all started to scream in shock. One even cried! All the other orangutans in the group quickly dispersed, drawing the attention of the technicians, who approached to calm the flustered surrogate mothers.

And, what did Jelapat do? He chased after the toad!

Jelapat's curious nature has not only given him countless interesting experiences, but also created one or two unforgettable moments involving our team of surrogate mothers!

You're quite a prankster, Jelapat. But, we love you even more for it!

At the beginning of the year, Jelapat progressed to Group 5, the most advanced Forest School group! Alongside his partner in crime, Talaken, Jelapat has since been catching up with some of his old friends who had made it to Group 5 before him.

Jelapat has already mastered his basic survival skills, and is highly skilled at climbing trees, dangling from branches, brachiating in the canopy, and identifying natural food sources. However, a slight change has occurred in Jelapat since joining Group 5; he no longer builds nests regularly, preferring instead to spend most of his time playing and learning new things.

That was until he noticed Talaken constructing a nest in the top of a large tree one day, which sparked renewed interest in Jelapat. He joined Talaken, and built a nest for himself in the same tree. Jelapat appeared to be very focused and serious about constructing his medium-sized nest that day.

Jelapat did not enjoy his nest for long, though, as he left a sleeping Talaken and headed out to explore the forest. Uru joined him that afternoon, and the two foraged for the wet-season forest fruits that were growing in abundance all around.

Jelapat is clearly making good progress, making us confident that he will be able to catch up with his older peers who are now undertaking the pre-release stage. Keep up the great work, Jelapat! 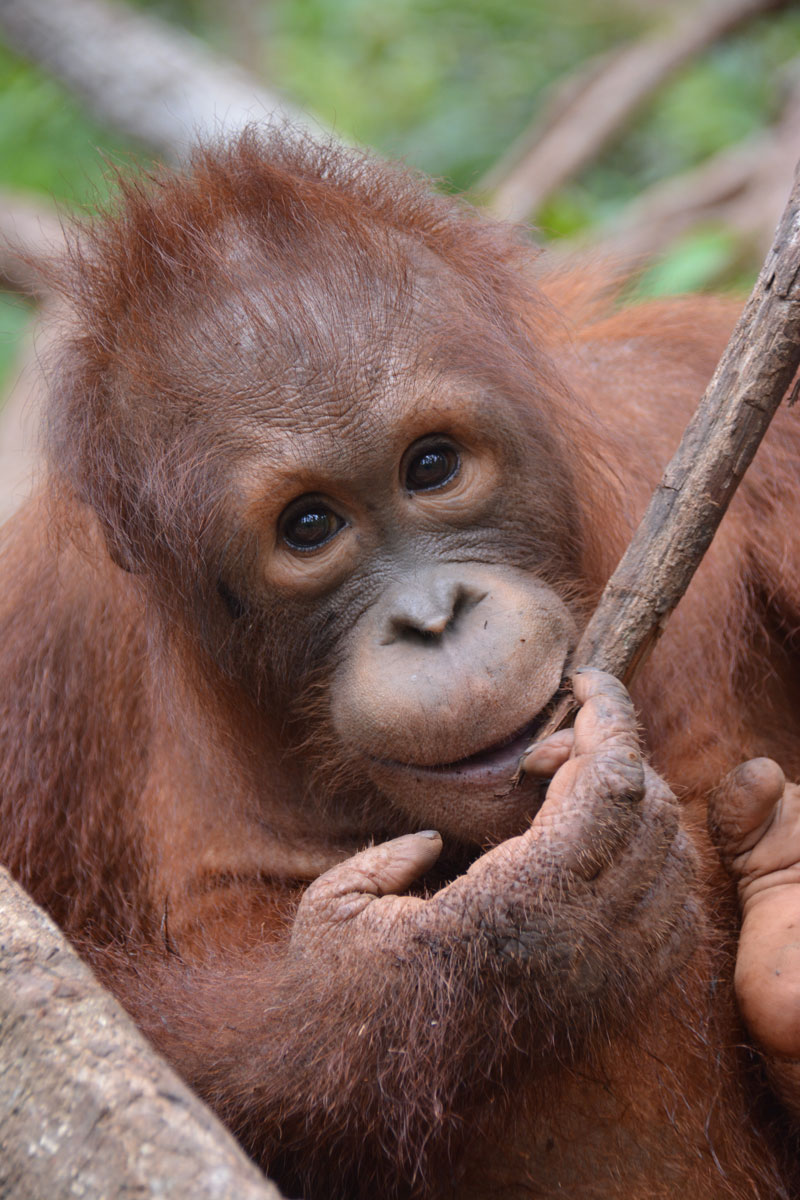