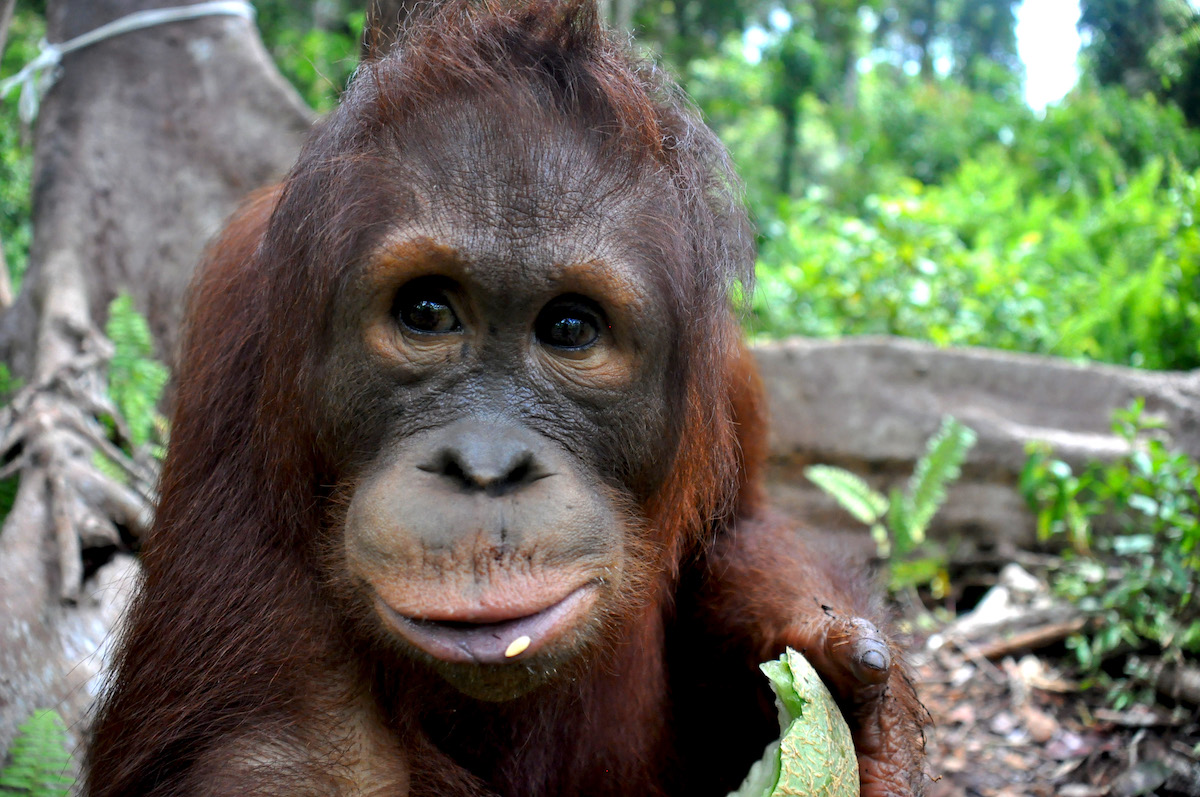 Several months ago, Jelapat and other Forest School students had to spend several weeks in their night complex, due to the rise of a number of COVID-19 cases in Central Kalimantan. While in the complex, our team continued to provide copious amounts of enrichment items for the orangutans to practice their mental agility and fine motor skills, as well as keep boredom far, far away.

While living in the complex, Jelapat frequently played on the enrichment structures built into the enclosure. He particularly loved to dangle on the rubber rope made from old tires, which resembles a large liana root, and climb the wall of the complex. Only at fruit and milk distribution time would Jelapat stop what he was doing to come and collect food.

Jelapat and his peers from Group 5 have recently returned to their regular activities in Forest School, after being absent for about a month. The surrogate mothers and technicians on duty have to comply with strict health protocols and this has reduced the number of staff permitted in Forest School at one time.

The extended time in the complex seems to have had a positive impact on Jelapat’s growth. Before, he would play a lot on the ground, but lately he seems more comfortable playing in the canopy. He now spends about half of his Forest School day up in the trees.

One late afternoon, Jelapat was nowhere to be seen. The surrogate mothers simply couldn't find him anywhere! They decided to go in search of Telaken, Jelapat's best friend. Sure enough, Telaken had also disappeared! The surrogate mothers concluded that the two must have gone exploring together and soon found them in the playground area. To prevent Jelapat and Telaken from venturing further into other work areas around Nyaru Menteng, our technicians decided to take them back to the night complex before their peers returned from Forest School.

Jelapat has a habit of escaping from his group after finishing the fruits given by the surrogate mothers. He doesn’t always head to the playground, yet technicians still feel the need to check the playground area, just to see if he is there. Sometimes, the vet on duty at the nearby compound has to step in and lure Jelapat and his friends back to the complex.

Even with his sneaking off, we are always willing to go the extra mile for independent-minded Jelapat!

Earlier this year, Jelapat managed to confuse our surrogate mothers on at least three different occasions by sneaking away from his Forest School group. Jelapat would always flee with his two best friends, Talaken and Taymur, and as the three of them got better at doing so, the surrogate mothers didn’t immediately notice when they were gone.

To combat this, the surrogate mothers decided to start taking the Group 5 students to different locations in Forest School, to ensure that Jelapat and his friends were not getting bored with the same play area. Thus far, this tactic seems to be working, as evidenced by Jelapat and friends no longer disappearing from the watch of the surrogate mothers.

Jelapat likes to sink his body into the small creek in Forest School and tug at the young grass around him to munch on. He is also good at finding termites and other insects in weathered logs. Talaken or Kalanis often accompany him in foraging for grass. Jelapat has also been observed several times imitating Kalanis peel the thin bark off a tree, then chewing on it for a while before spitting out the fibers.

Orangutans are known as frugivores, or fruit eaters, but in the wild, they consume many other food sources, such as tree bark and termites. These skills and knowledge are vital for Jelapat and other orangutans so they will know how to forage for alternative food sources in the wild— especially during the drier seasons when less fruit is available.

This imitating of peer skills and exchange of knowledge is exactly what we expect to occur within Forest School groups. While survival skills are best obtained by imitating a mother, learning from peers is a helpful solution for our young orphans.

Our surrogate mothers are still rotating the Forest School areas and playground time slots for Groups 3 to Group 5, at least once a week. This means that every orangutan gets to enjoy all that Forest School has to offer, and more! This is all thanks to Jelapat and his sneaky escapes! 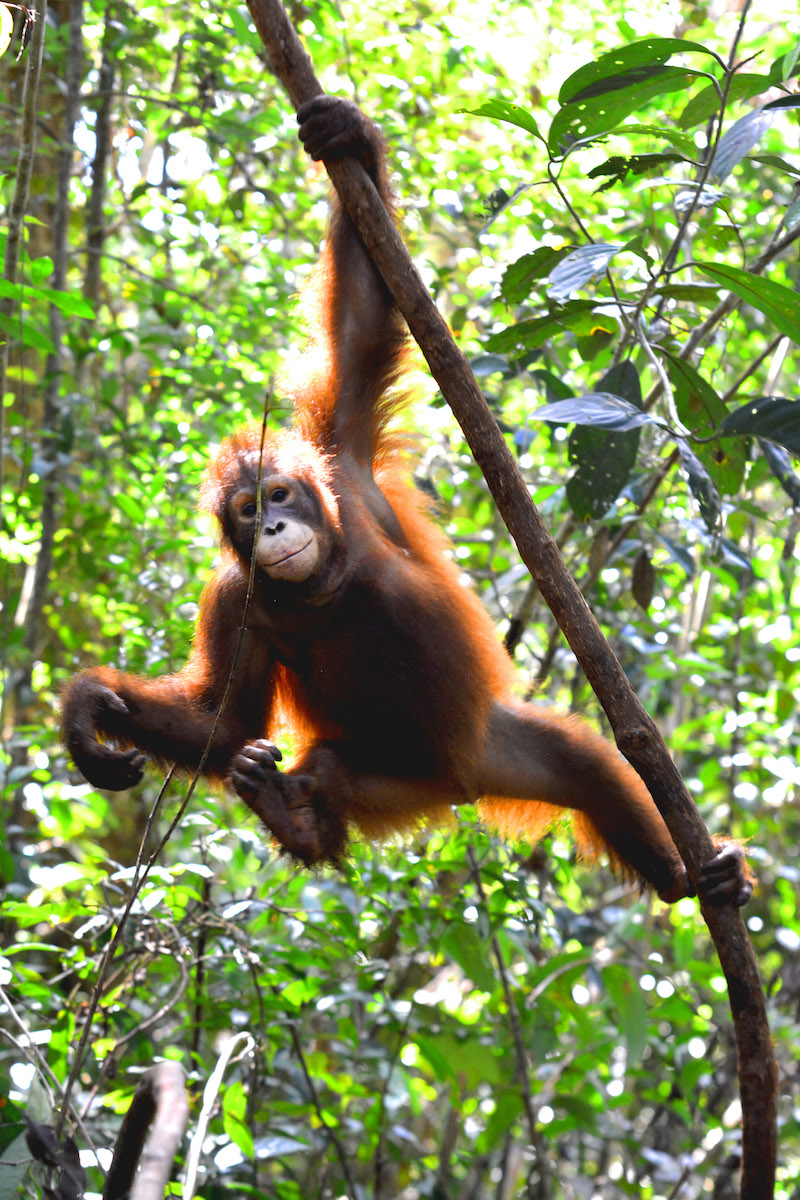