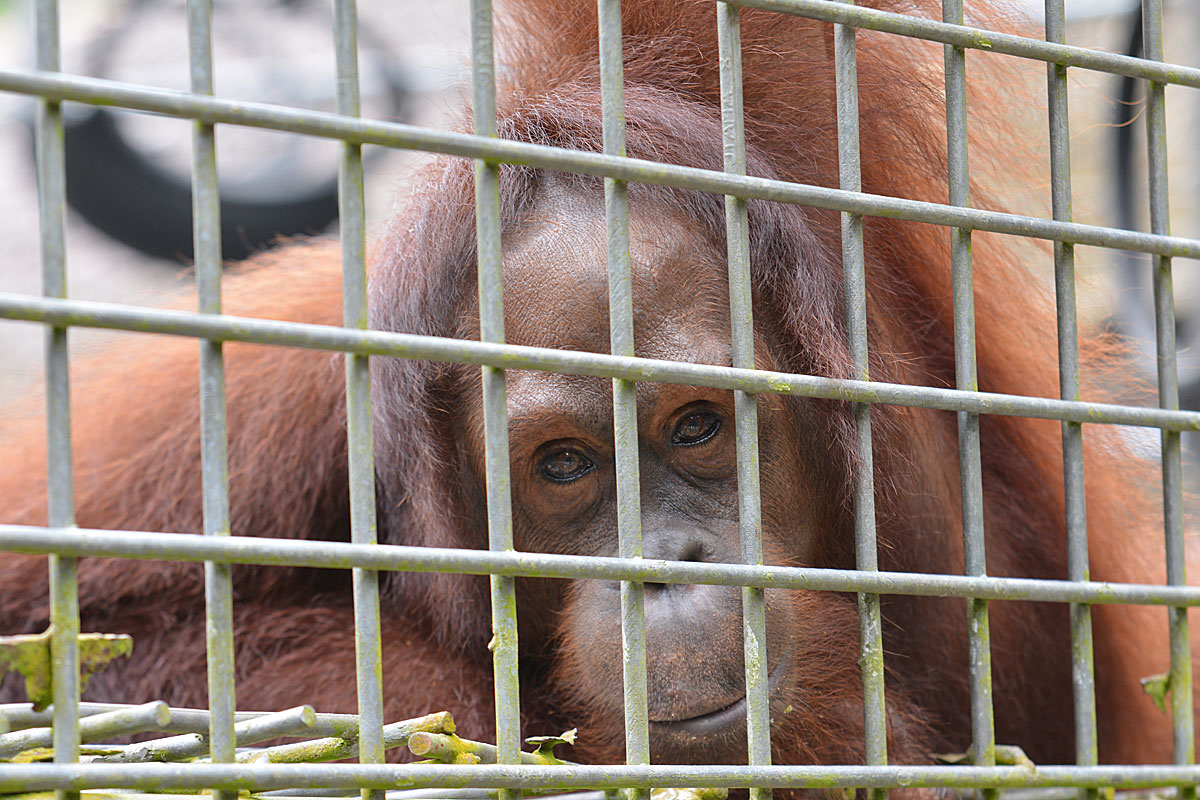 Jumbo is currently undergoing the socialization stage of rehabilitation— the last stage before moving to a pre-release island. After having a series of health checks and being placed in a separate enclosure to that of his peers, he has since re-joined them in the Socialization Complex. When Jumbo came back, he was warmly greeted by all his old pals.

After a few days in the complex, Jumbo surprised us with a stronger display of dominance than he previously exhibited. We saw this change the first time the technicians distributed burlap sacks, when Jumbo quickly snatched two sacks from other orangutans, including from his friends.

A fight ensued, and Jumbo somehow managed to keep hold of the three sacks in his possession. Through incidents like this, we have noticed that Jumbo is now showing more dominance over territory and property.

Jumbo is now eight years old, an age when male orangutans develop a deeper sense of independence and dominance. However, not all rehabilitated orangutans develop at the same age or rate. Some, like Jumbo, might develop earlier than others.
Developing this characteristic at his age is good news for Jumbo, as it indicates he has the potential to become a dominant adult male when he is released in the forest.

For the past few months, Jumbo has managed to maintain this new dominant position thanks to his comparatively larger body, and the fact that no other orangutan in the group was brave enough to step up and challenge his authority.

When our technicians came to distribute fruit, vegetables, and enrichment, they started giving Jumbo his share first, before others. The hope was that this approach would keep him busy, and prevent him from snatching enrichment and food from others during distribution time. At first, this strategy worked just fine. However, we didn’t take into account Jumbo's skills and speed at working out the enrichment puzzles. Once finished with his own enrichment, Jumbo would quickly look around for another enrichment item that he could claim.

However, we have recently seen yet another change in this dynamic, after the return of an old member of the group, Blegi. This male, who is around the same age and weight as Jumbo, was previously placed in a different group. His absence had given Jumbo the opportunity to become the dominant figure of the group for the first time. That was, at least, until the day Blegi returned. With Blegi being a similar size, it looks as though Jumbo had finally met his match.

Jumbo hasn't completely lost his dominant nature, though, and will still try to flex his muscles every now and then. Therefore, we continue to observe this ever-changing dynamic, to ensure that the young orangutans in the group also get the chance to develop their natural, independent behaviors.

We think Jumbo has the potential to become a dominant male in the forest someday. Prove us right, Jumbo! 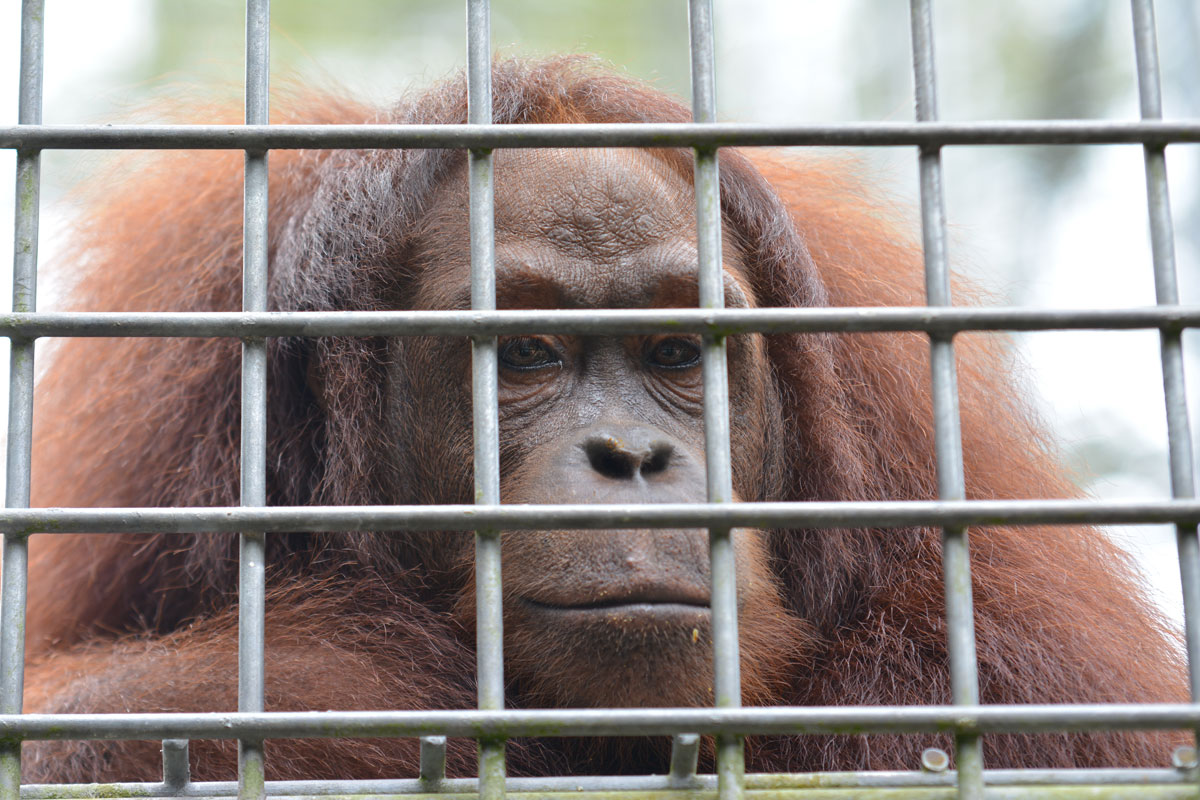