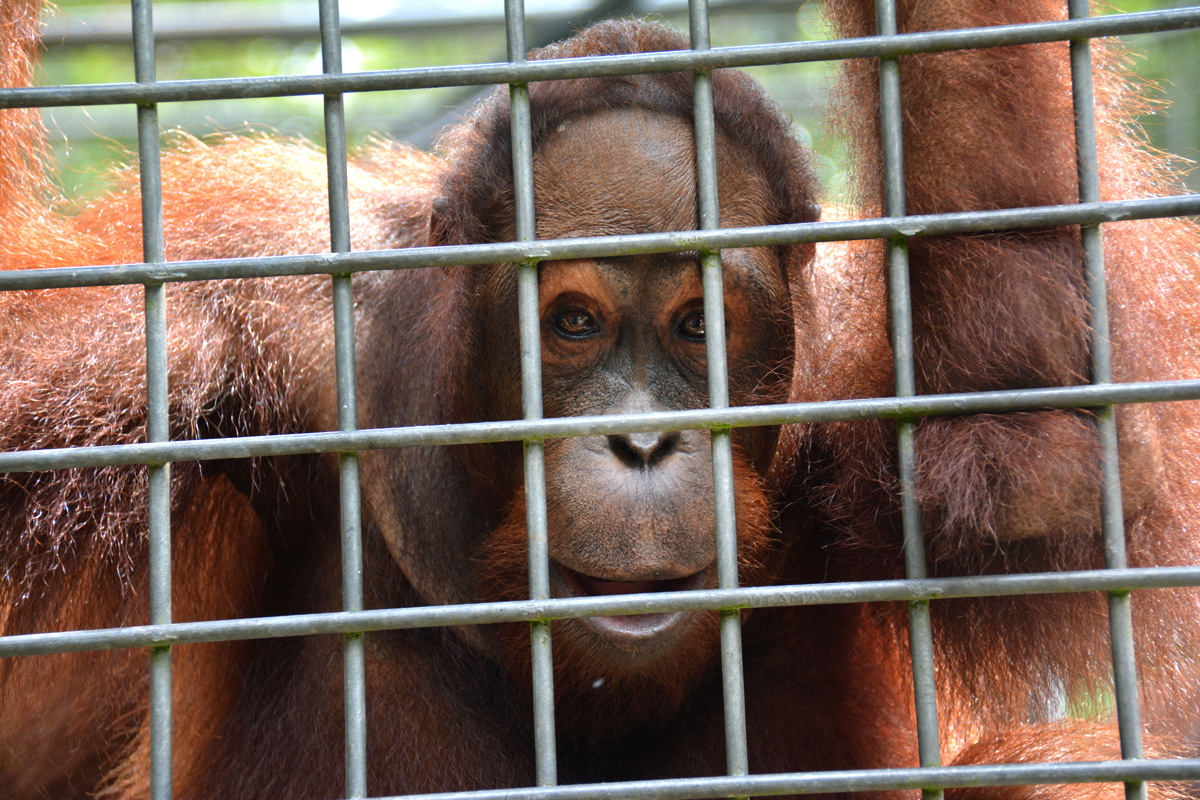 Jumbo is one of the more dominant individuals in the Socialization Complex and has actually come to be feared by other male orangutans. This has given Jumbo many advantages, as no other orangutan dares fight him or steal his share of food and enrichment. On the contrary, Jumbo will regularly snatch food and items from the others in the complex, without much resistance.

One day, the enrichment team distributed pumpkin ice enrichment to all the orangutans in the Socialization Complex. Pumpkin ice is one of Jumbo’s favorite enrichment items, and after receiving his, he calmly retreated to a corner to enjoy it. He was happy, quiet, and calm.

Then, all of a sudden, the peaceful atmosphere of the complex was interrupted after Obama grabbed Kombew's pumpkin ice cube. Kombew was clearly upset about his enrichment being stolen, but did not fight for it. Among the males in the complex, Obama is the second most dominant after Jumbo. Unable to stand Kombew's whining, Jumbo approached him and gave him a hard smack! He then returned to the corner to enjoy his pumpkin ice cube.

Jumbo was recently assessed and placed on the candidate list to be moved to the pre-release island called Badak Besar, located in the Salat Island Cluster. On Badak Besar Island, Jumbo will be given the opportunity to hone his skills in an open space that resembles a natural forest habitat. During this stage, Jumbo may meet other dominant males and will certainly learn more about competition in the wild. We hope that his skillset and dominant traits will aid Jumbo as he continues to develop his survival skills.

Good luck, Jumbo! Get ready for some real competition!