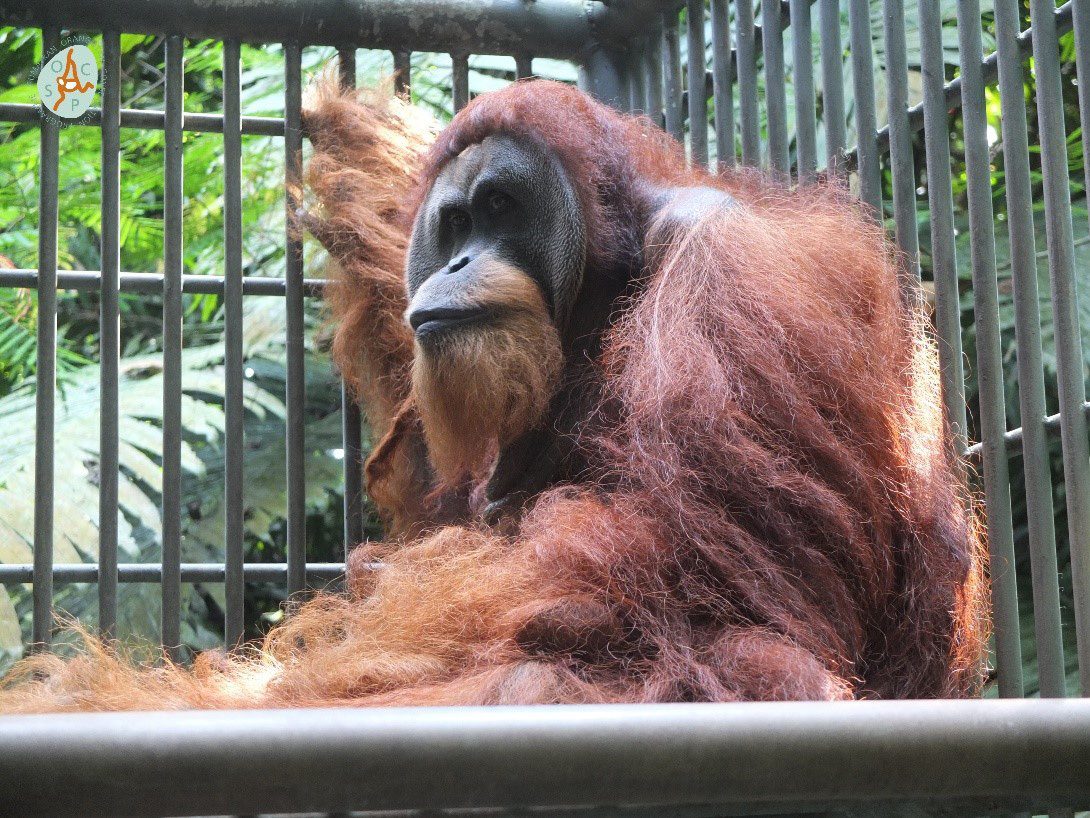 Krismon is an adult male orangutan who was estimated to be 20 years old when he was confiscated from a house in Kabanjahe, North Sumatra. He arrived at the SOCP Rescue and Rehabilitation Centre in May 2016.

Krismon has been doing well since we last posted an update. He is alone in his cage because in the wild a big, adult male orangutan would be solitary and actively avoid encounters with other adult males. However, he is an active mover in his cage and is observed to be enthusiastic about his enrichment activities. He regularly finishes all his fruits and vegetables and even if he is full, he will take a break and return to them later.

Unlike other orangutans, Krismon doesn't use leaves for overnight nesting or padding, instead he uses the leaves during the day for sitting on and he will often bring the leaves up to his platform. He will sometimes eat the leaves too if he likes the taste of kind given to him.

Health-wise Krismon has been in good shape. He had a small wound on his neck that the vets diagnosed as not serious. He has been eating and drinking as usual.

We're hoping he will soon be able to move to the Orangutan Haven... but everything is on hold due to covid restrictions.
Thanks for being so patient, Krismon! 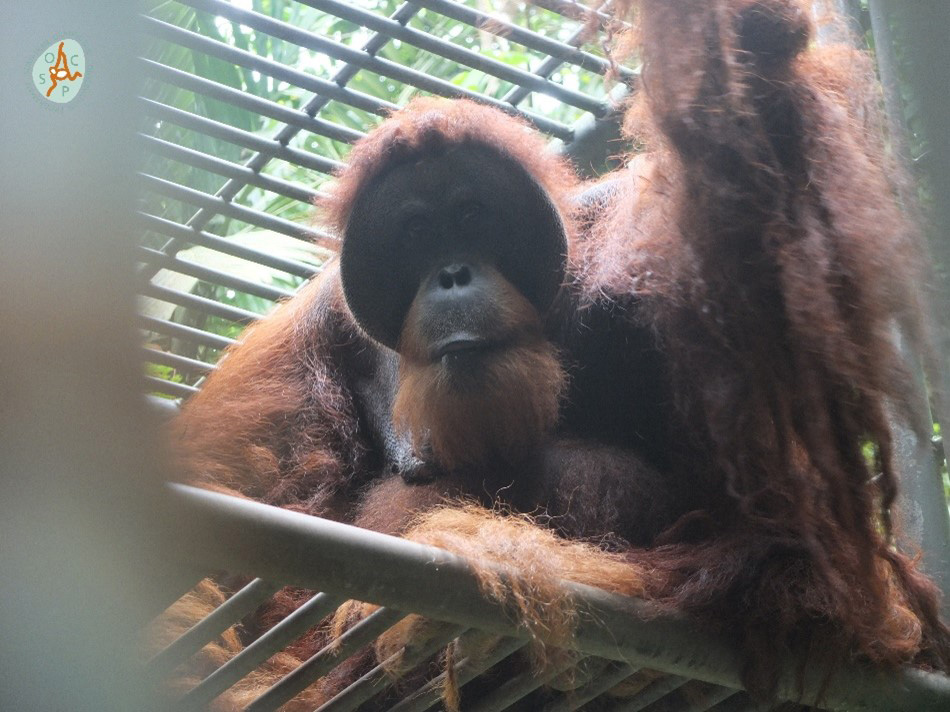