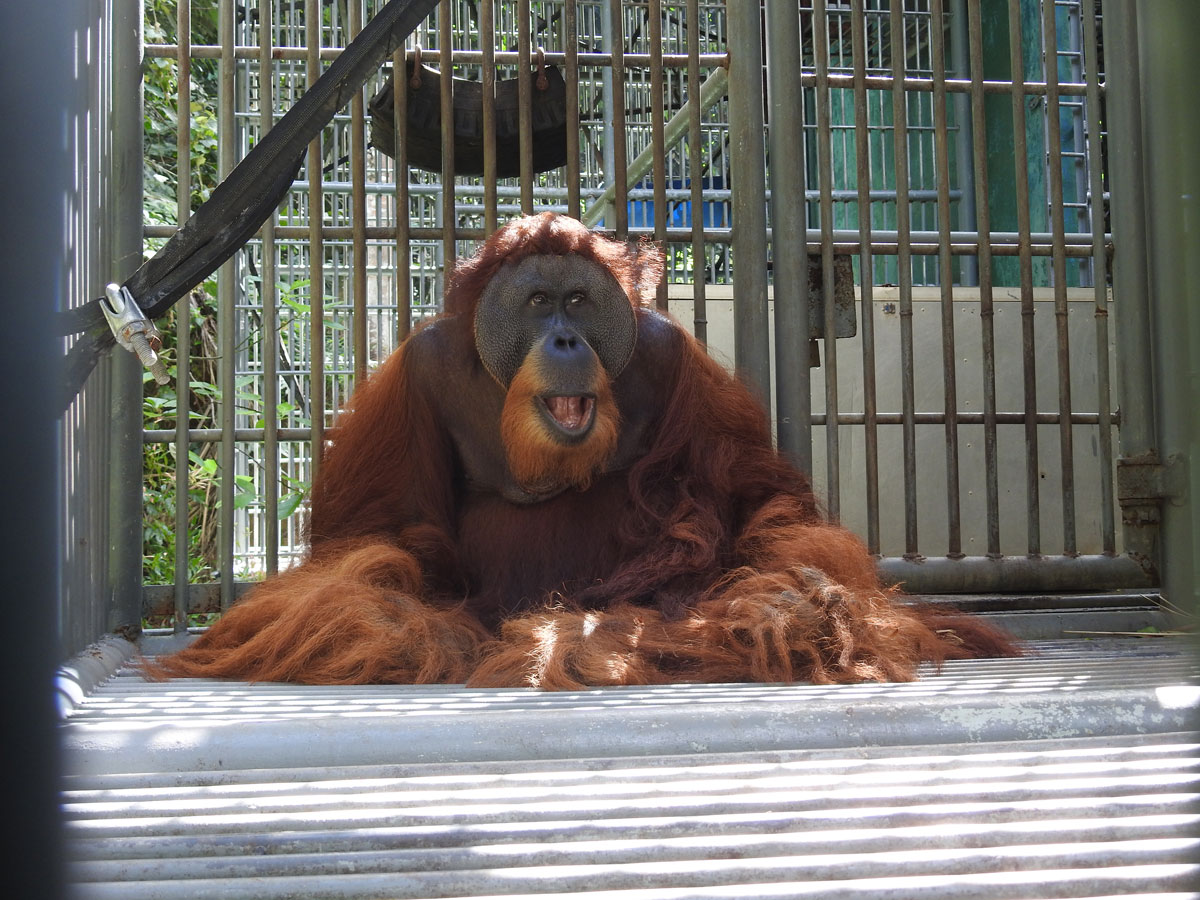 Krismon is an adult male orangutan who was estimated to be 20 years old when he was confiscated from a house in Kabanjahe, North Sumatra. He arrived at the SOCP Rescue and Rehabilitation Center in May 2016.

Although Krismon has developed significantly in his movement since when he arrived at the rescue center, he still sometimes has shaking hands, legs, and lips. The staff also have observed that Krismon tires more easily than other orangutans and when he is tired his lower lip will droop. However, there is no serious impact from this on his behavior or health and Krismon still does normal activities such as eating and drinking well, and moves as normal inside his cage.

Krismon enjoy the branches and leaves provided by the keepers. He will usually take the leaves and carry them up to his platform put them together and sit on them. He rarely uses the leaves on the cage floor, only if he wants to taste or eat some of the leaves, then he sits on the floor to do so.

In the last six months Krismon had air sacculitis. This is the condition in which the air sac get infected. Air sacculitis is manageable but it must be treated early before it spreads to the lower respiratory system because it can then cause serious health problems. Usually, air sacculitis requires several months to cure months before the individual is fully recovered. In Krismon’s case, he made significant progress after about four weeks of treatment and now he has recovered and is doing well.

Thanks for being so patient, Krismon! The Haven is almost ready!!! 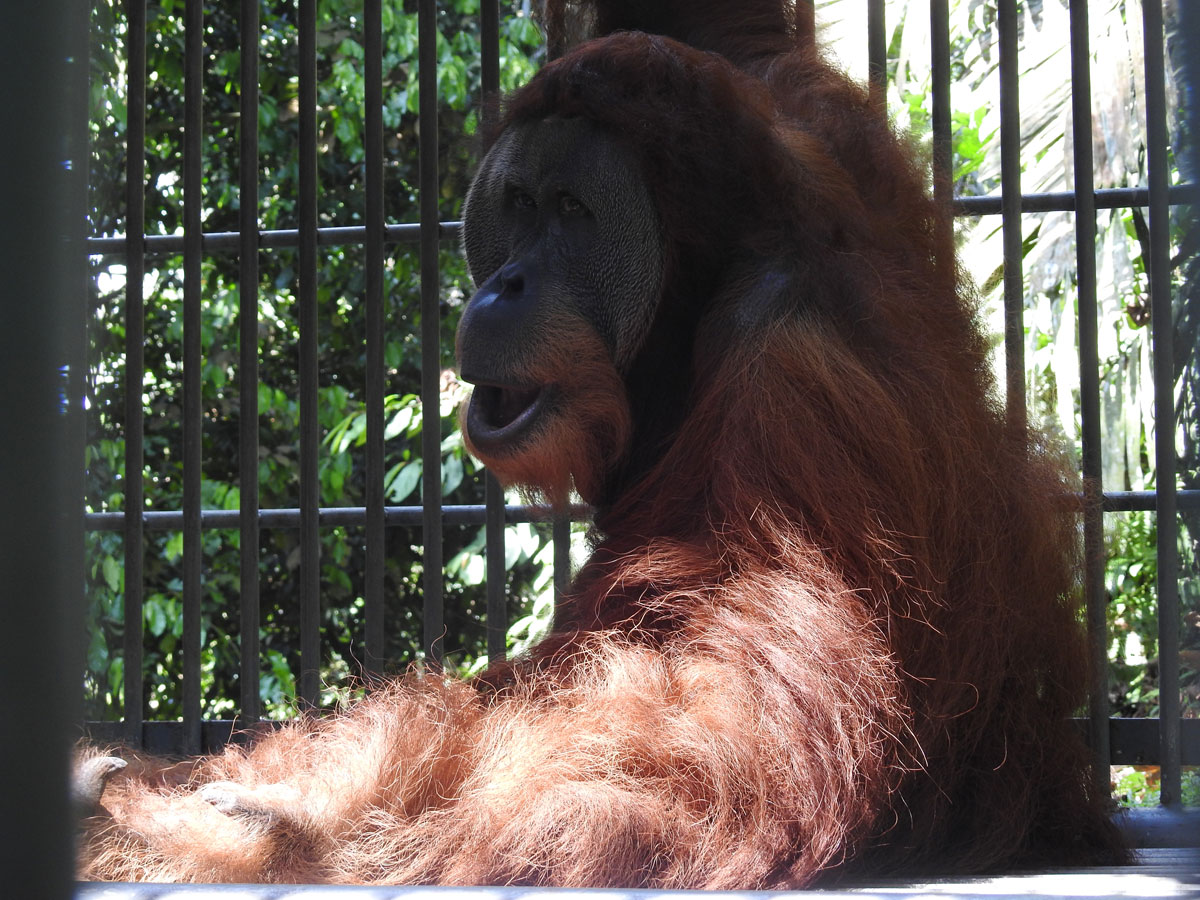