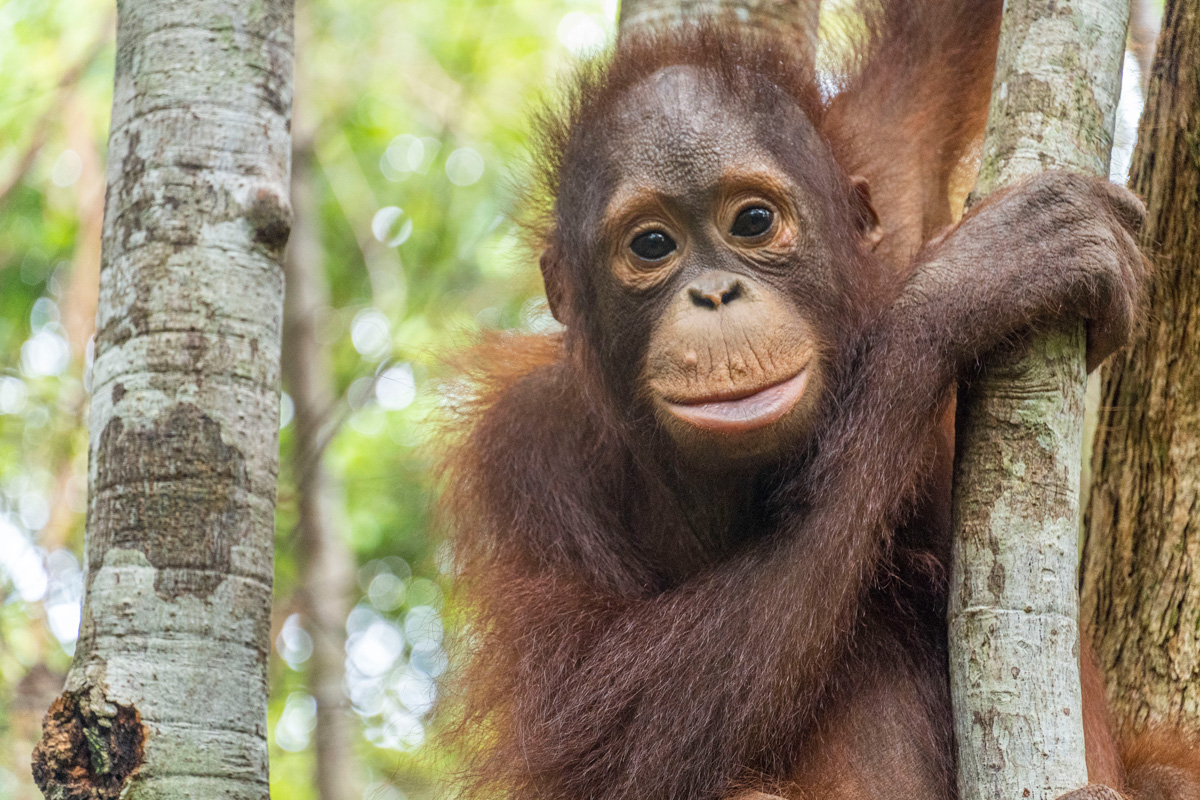 Kukur, rescued by our team in October 2020, has just finished his 60 days quarantine period, during which he showed great skills in nest building. He surely gained these skills from his mother during the short time he was fortunate to be with her. Similar to some humans, orangutans are raised by a single mother, and in an ideal ‘wild world’, orangutan mothers take up the sole teaching duty of their young. They climb with their babies, forage and eat together, build nests and sleep together. All these skills they teach to their young to prepare them for an independent semi-solitary life in the wild. Also, orangutans have the longest period of juvenile dependency of any primate aside from humans, therefore they have bountiful opportunities to learn from their mothers (also their mothers would have learned mothering skills from their moms – if this cycle is not interrupted!). Although this was not the case for Kukur, he has managed to retain some of these teachings.

After Kukur’s quarantine period was over, he was paired with Limpang, a young male orangutan of the same age and size as him. This pair-bonding was to encourage a connection between them both, reducing any chance of any anxiety before both were transferred onto Strum Island – currently occupied by nine orangutans of similar age and size. They quickly became close buddies, playing together without any problems.

Despite Kukur’s improvement in some of his forest skills, he is still not that eager to forage independently and waits for the provisioned foods from the animal keepers. Also, on the island he has a preference of modifying old nests rather than building new nests for his mid-day nap or evening bed time. This is not a major issue but something the animal keepers will
monitor moving forward just to make sure he understands how to build a nest from scratch. As there may not always be nests available for his to re-use once he is reintroduced into the wild forest of Bukit Baka.

You've got a long journey ahead of you, Kukur, but we've got you covered!